Update: The New Mexico legislature adjourned without voting on the proposed “ag-gag” bill, effectively killing it for this year. Four other states are still considering making it a crime to record video on farms, so residents of Nebraska, Arkansas, Indiana, and Pennsylvania should let their legislators know that they oppose these unconstitutional bills.

The following was originally published on March 14, 2013:

Not content to stop after his successful campaign to get Wyoming’s “ag gag” bill thrown out, Bob Barker has set his sights on the other proposed “ag gag” bills in New Mexico, Nebraska, Arkansas, Indiana, and Pennsylvania. 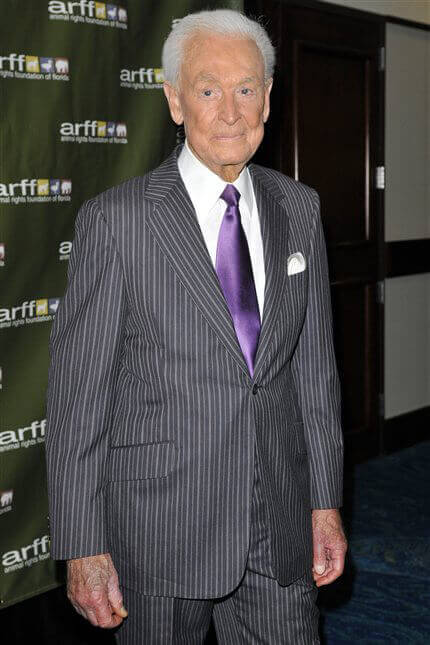 As a longtime animal advocate and vegetarian, Bob knows that by making it illegal to record video on factory farms, such measures would threaten efforts to document workers’ abuse of animals and to provide evidence that authorities need to win cruelty convictions. The lifelong Republican has written to fellow members of the GOP to let them know why the Grand Old Party needs to give these bills the old heave-ho. In a letter to state legislators, Bob wrote:

Since there is no government inspection of factory farms for cruelty violations and workers who report abuse to supervisors are routinely ignored, evidence from undercover investigations is critical to exposing abuse and helping officials prosecute abusers. … Americans today want better treatment of animals killed for food, not for their legislators to hide illegal cruelty on farms behind locked doors.

Bob’s name certainly carries a lot of weight, but animals who are suffering on factory farms need all the help they can get. People who live in states where “ag gag” bills are currently on the floor should let their legislators know that they support the constitutional rights of whistleblowers to expose abuse.

After all, animal abusers—not whistleblowers—are the ones who should be treated like criminals.