What do top U.S. papers The New York Times, The Washington Times, the Los Angeles Times, The San Diego Union-Tribune, The Seattle Times, The Washington Post, The Hill, the Washington Examiner, The Boston Globe, the Chicago Tribune, The Wall Street Journal, and USA Today have in common? They’re all printing urgent, full-page warnings from PETA about the dangers of slaughterhouses. Here are the new ads that we’re running to spread this vital message: 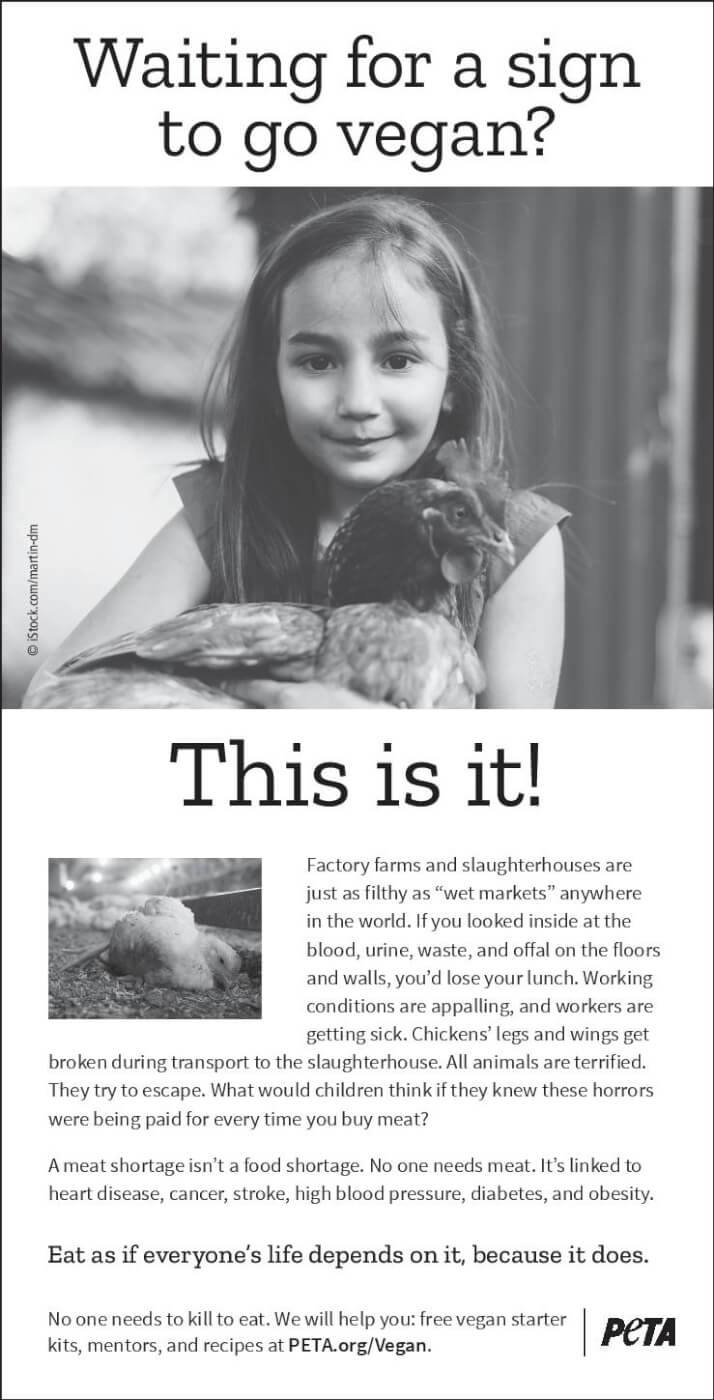 Since April, more than 20,000 slaughterhouse workers have been infected with the novel coronavirus and 76 have died. Eighteen slaughterhouses operated by meat companies such as JBS USA, Tyson, Smithfield, and Cargill were forced to shut down in response. Despite this, President Donald Trump recently signed a nonbinding executive order directing U.S. slaughterhouses to remain open or reopen. 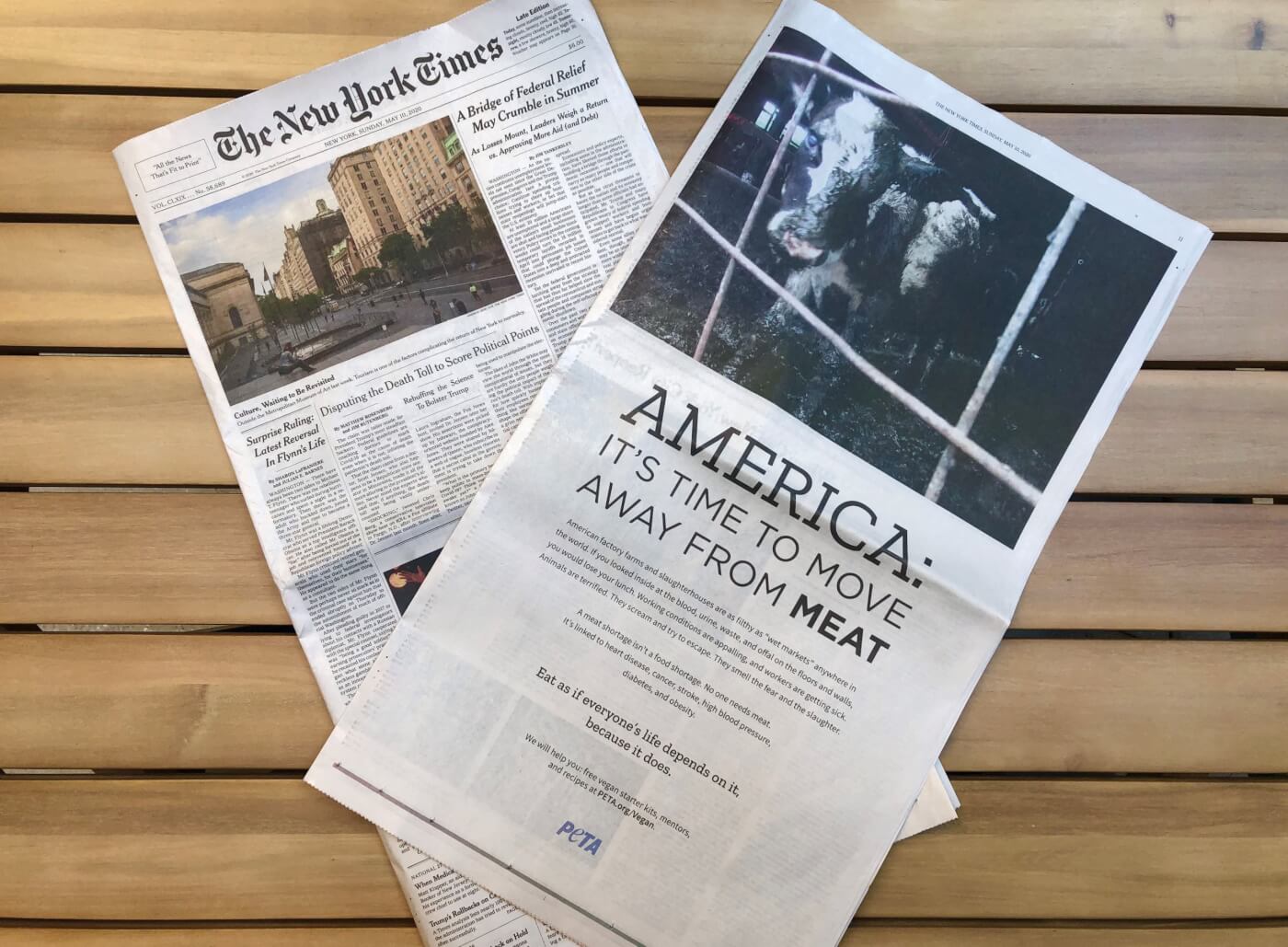 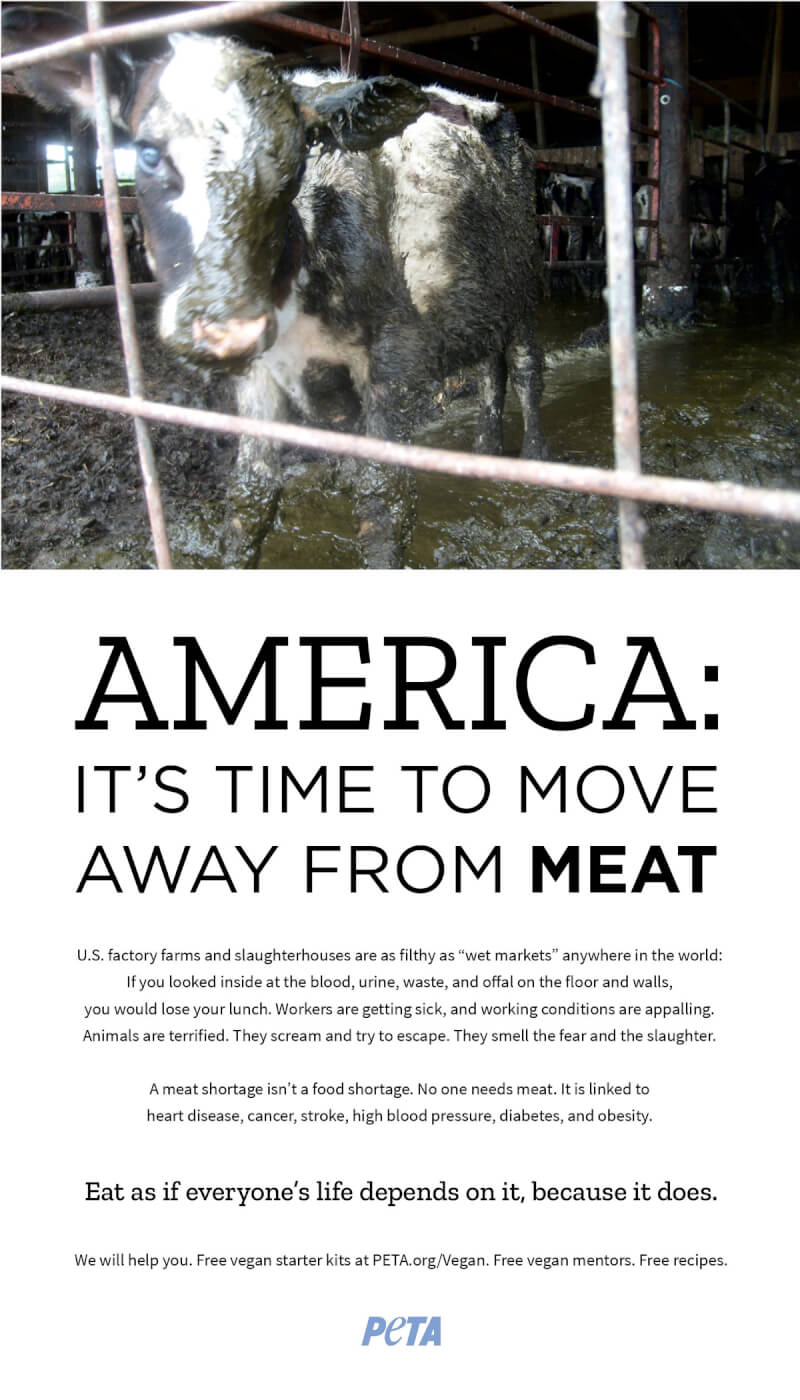 Filth Has No Country

U.S. farms and slaughterhouses are as filthy as China’s “wet markets,” where it’s believed the COVID-19 pandemic began. Their floors are splattered with blood, urine, feces, and entrails. As long as slaughterhouses remain open, millions of animals will be killed and workers and their families will continue to be at an increased risk of contracting the coronavirus and other diseases that will inevitably arrive. 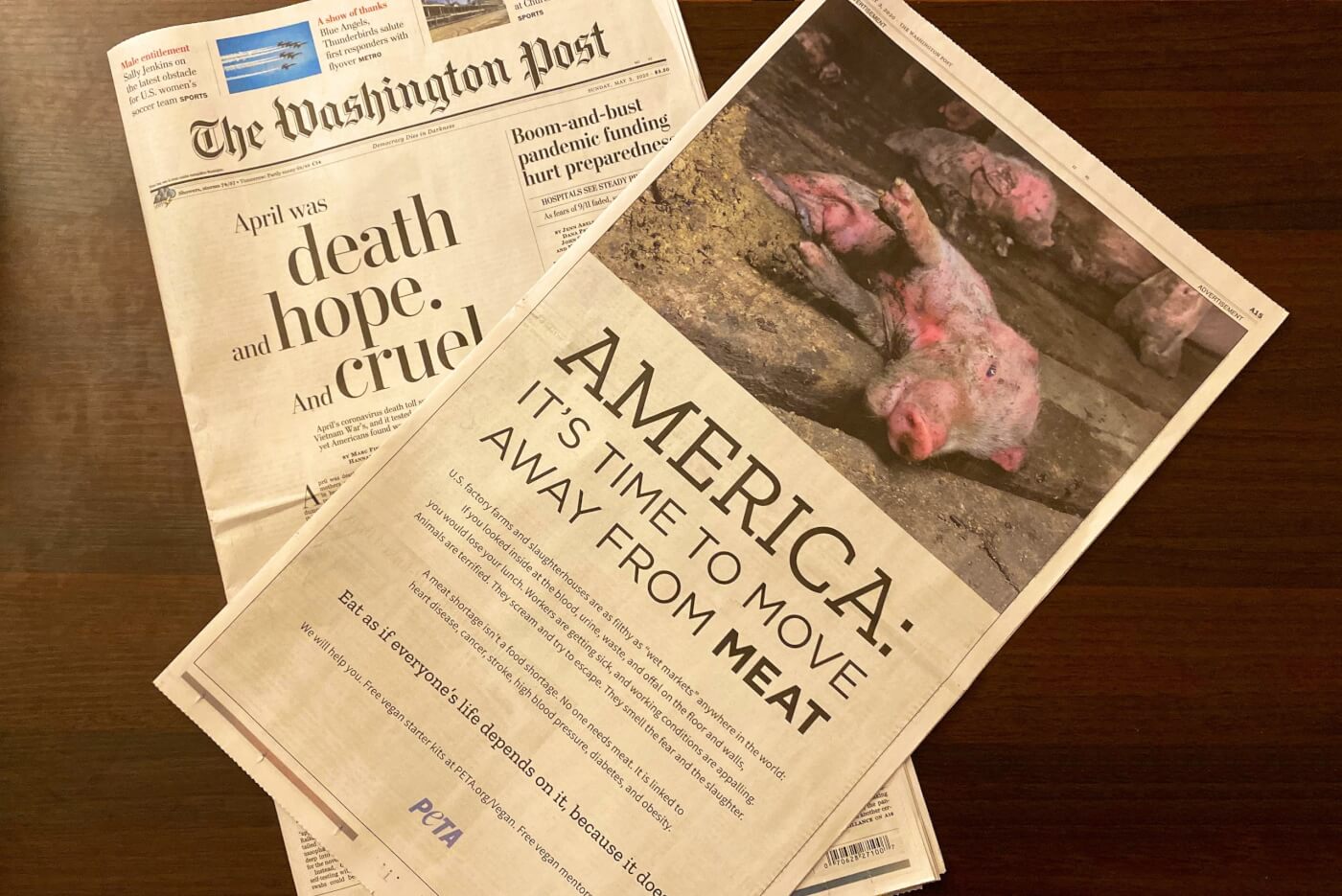 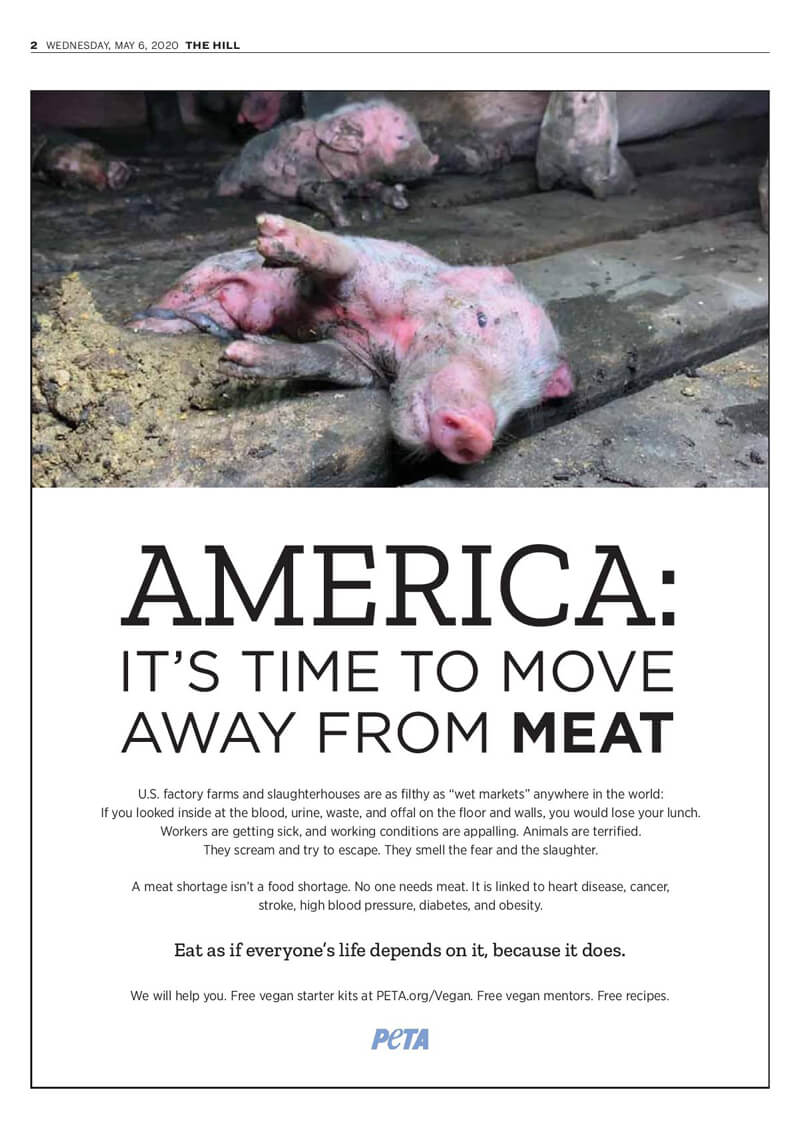 That’s why PETA is pulling out all the stops to move Americans away from meat amid the COVID-19 pandemic—and beyond. This new nationwide ad blitz cost nearly a quarter million dollars, but it’s just the tip of the iceberg. 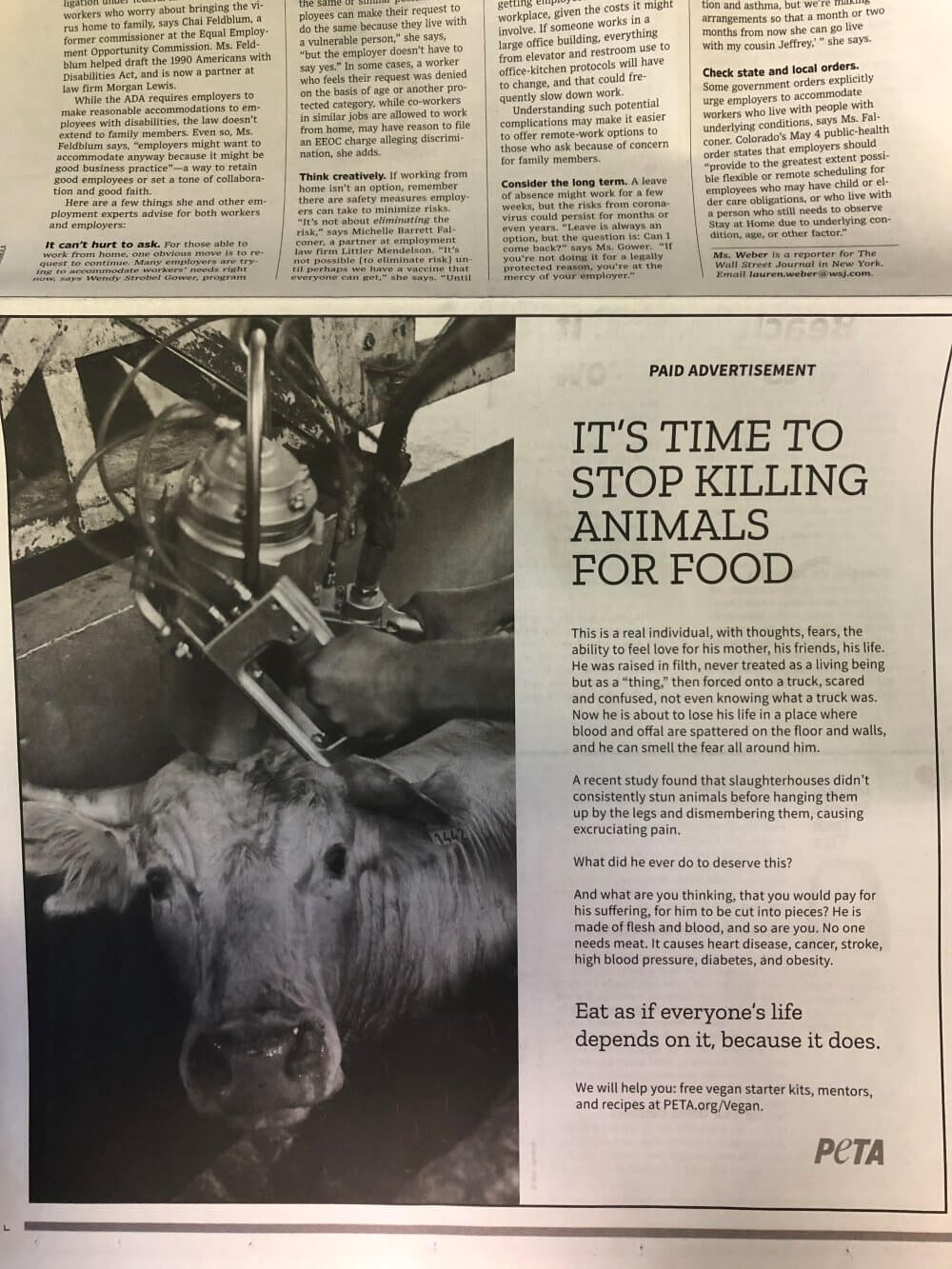 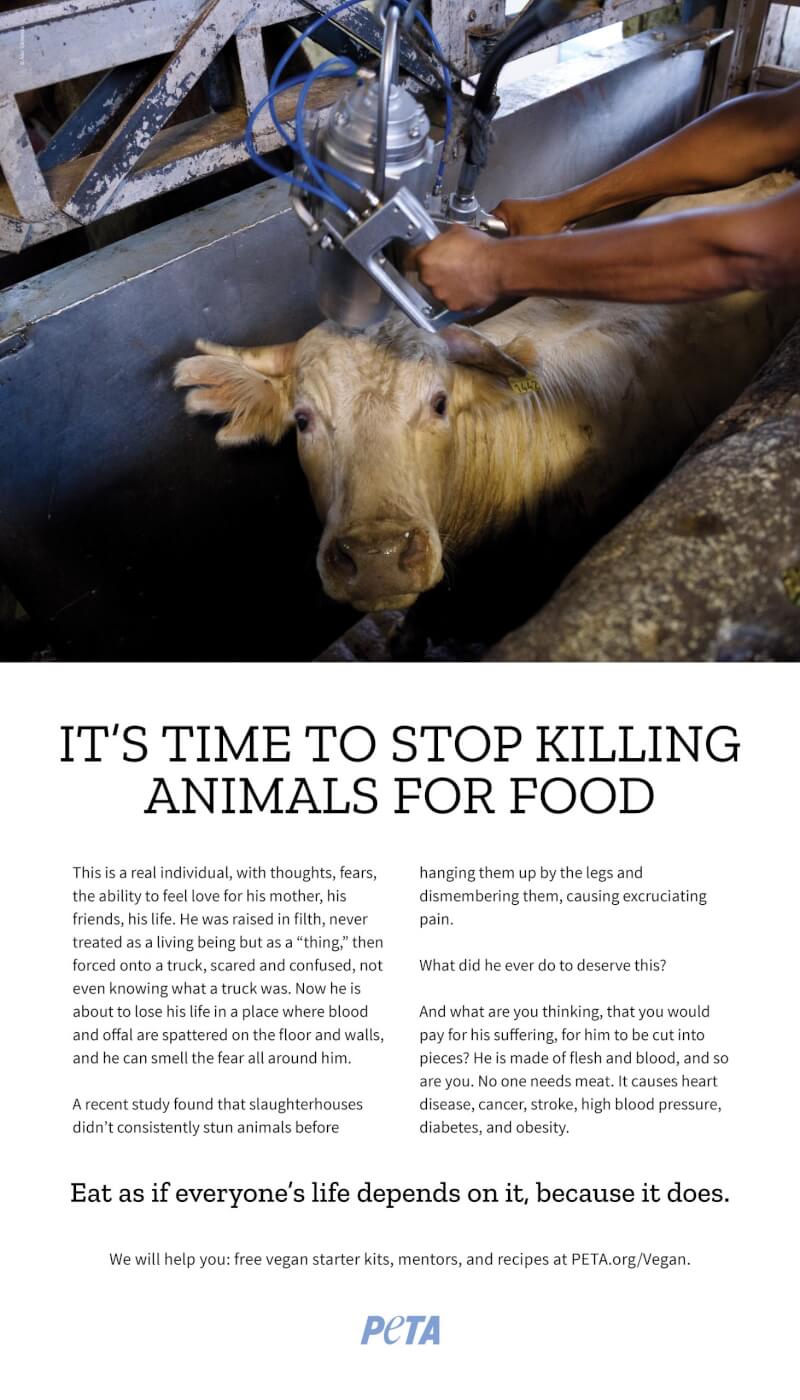 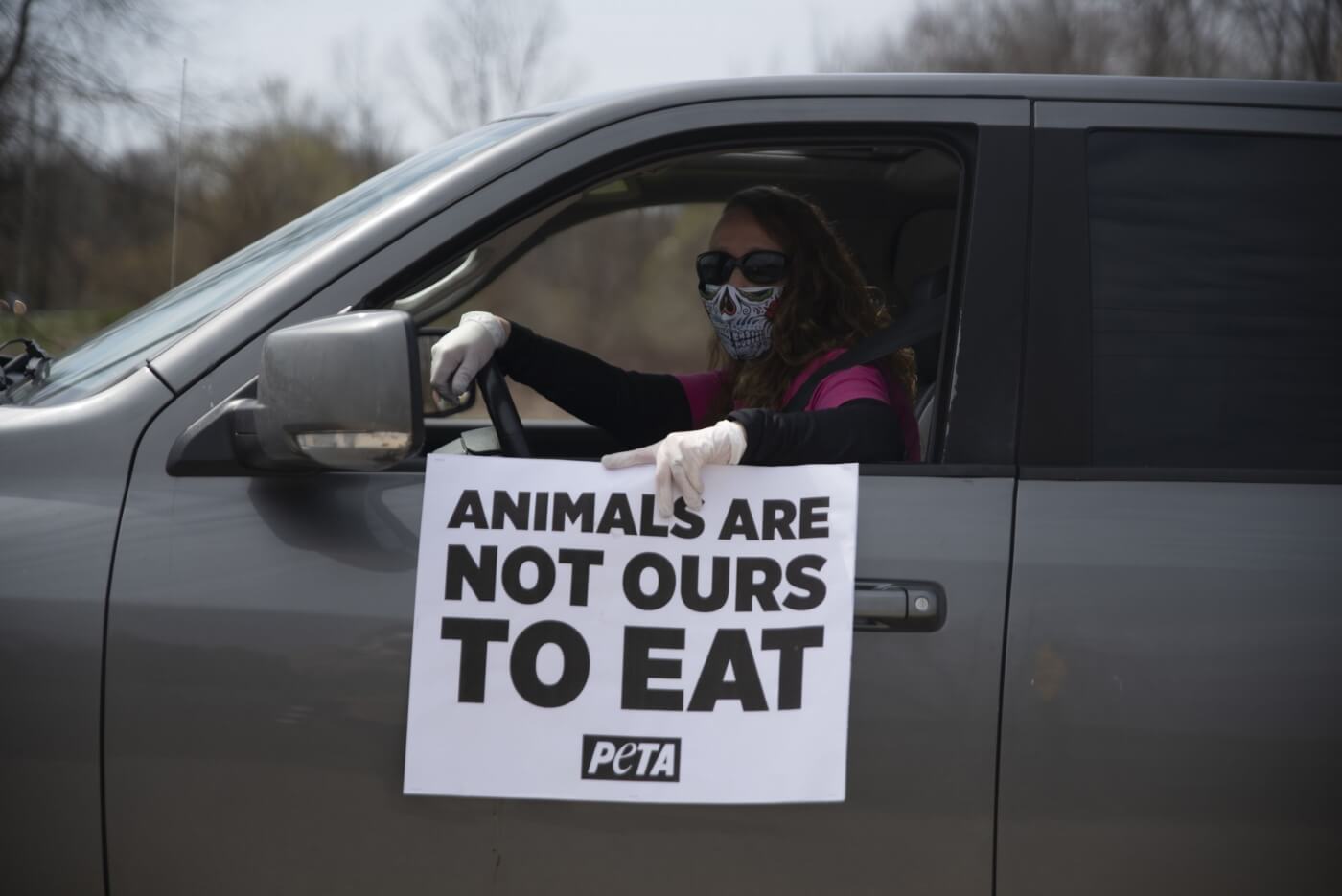 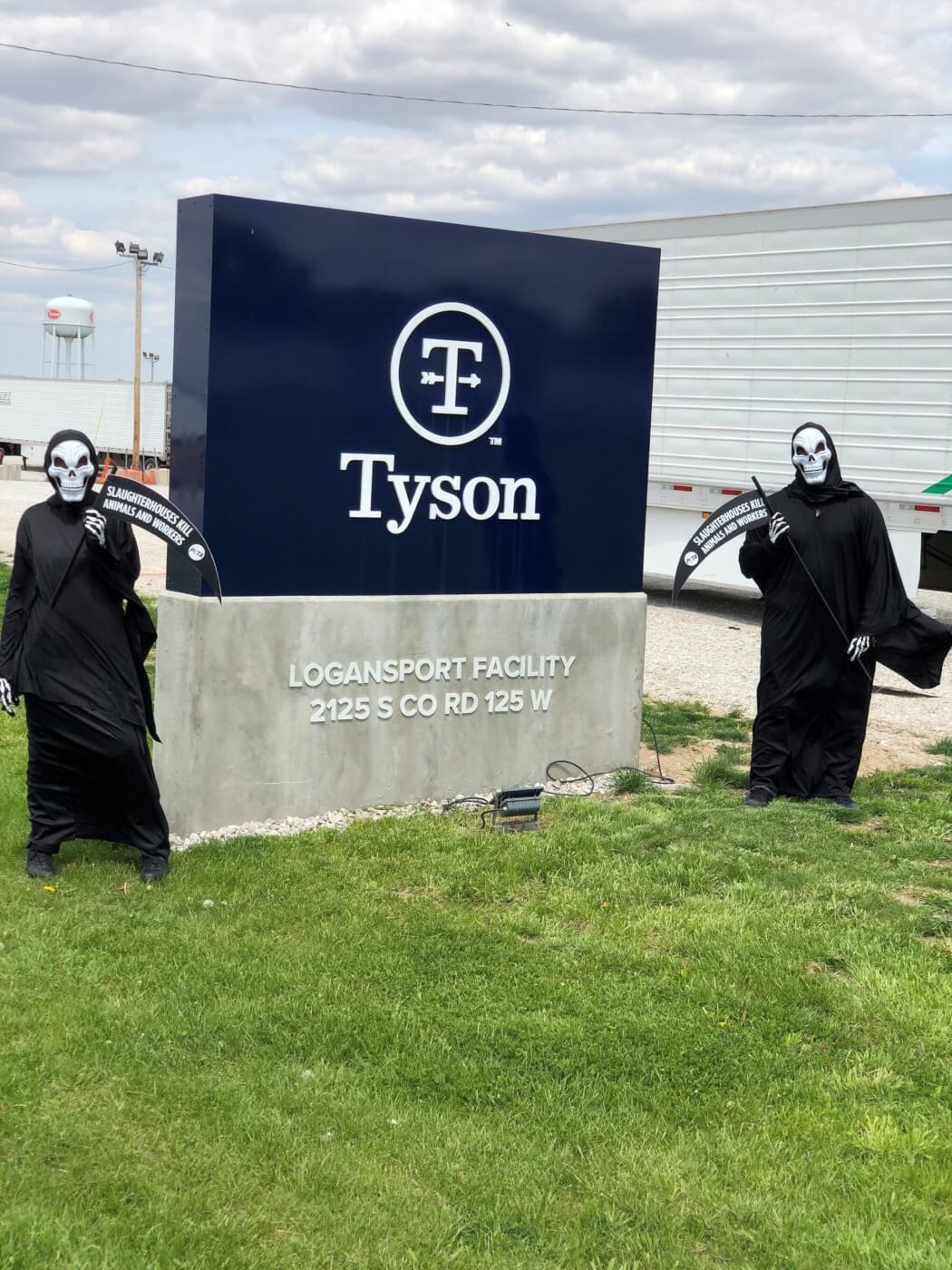 Donning protective gear, these activists posted up outside a JBS slaughterhouse: 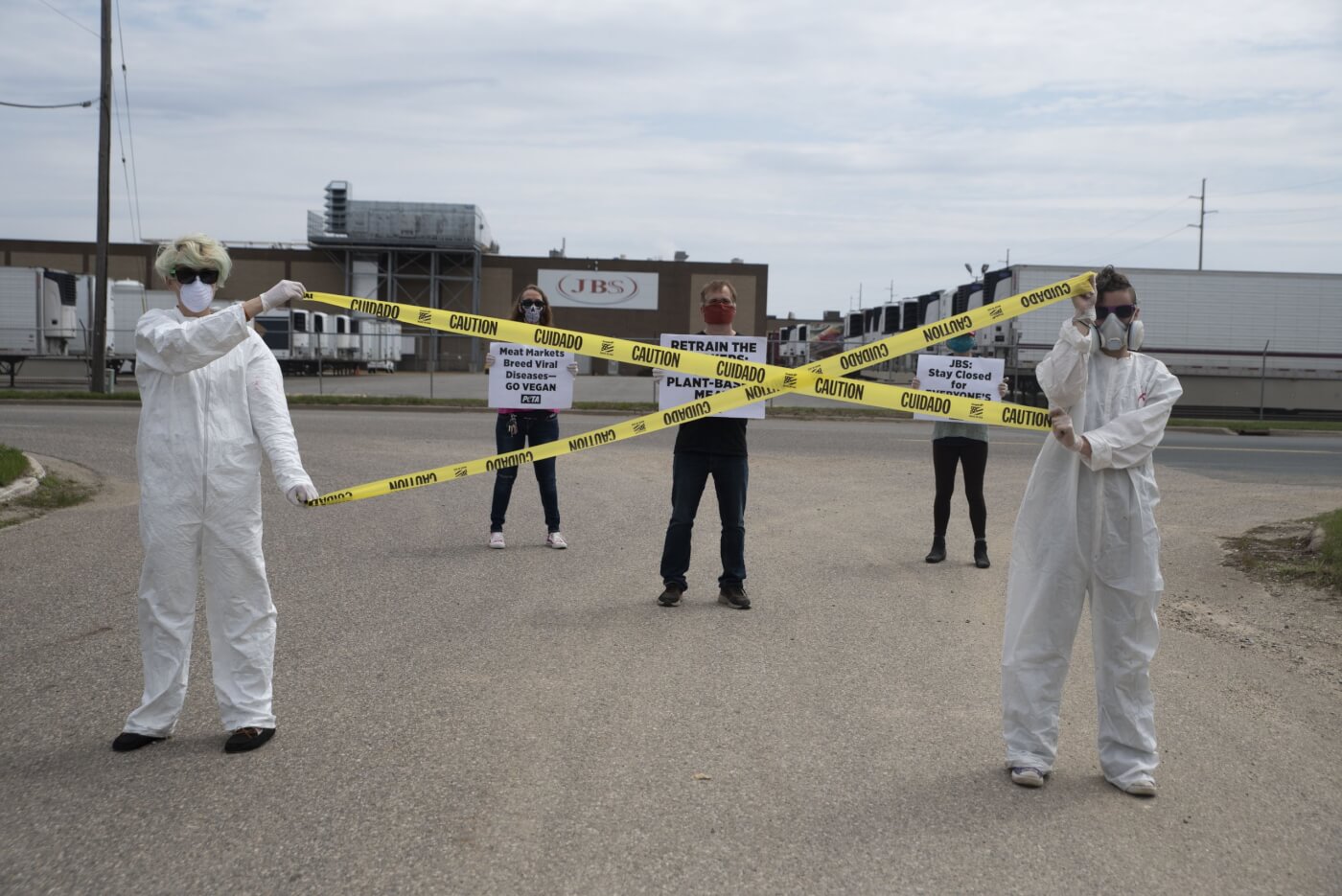 We protested outside the World Health Organization (WHO) with an urgent plea: Shut down live-animal meat markets that breed deadly diseases!

WHO: Do the Right Thing & Shut Down ALL Live Animal Markets

Can you guess why these animals are in cages and surrounded by dead “chickens”? 😳PETA supporters & PETA VP of Laboratory Investigations, Dr. Alka Chandna, are outside of the World Health Organization (WHO) with an URGENT plea: shut down live-animal meat markets that breed deadly diseases!JOIN US: http://peta.vg/2rnh

Posted by PETA (People for the Ethical Treatment of Animals) on Monday, March 30, 2020

WHO wants to “improve conditions” in these facilities, but we know that’s impossible. For the health and safety of all, they must be closed.

PETA President Ingrid Newkirk led a protest outside the gates of the White House:

Armed with masks and umbrellas, PETA President Ingrid Newkirk and animal rights supporters joined with union workers to stand in front of the White House and send President Donald Trump a dire and lifesaving message.

PETA bought just enough stock in several meat industry giants to allow us to submit shareholder proposals to push for vegan meat production in order to protect animals and humans as well as making other suggestions.

The bottom line is this: Slaughterhouses are never safe. Using animals for food is what led us to this current moment, and it won’t lead us out of it. Slaughterhouses must become safer, not only for workers but also for animals.

So many people feel powerless in the face of this health crisis, but everyone still has control over what, or who, is on their plate.

Remember: No one needs to eat meat, eggs, or cheese. Consuming animals’ flesh and other body parts is linked to a host of health problems that are among the leading causes of death, including heart disease, cancer, strokes, high blood pressure, diabetes, and obesity.

PETA is here to help you and your family go—and stay—vegan. We’re ready with free vegan starter kits and free tips to help everyone stay healthy and try to prevent the next pandemic.

For the sake of the animals who will be slaughtered …

… for those whose families are most at risk …

PETA is asking the nation to rise up and shout a resounding “NO” to keeping slaughterhouses open at this time. Will you join us?

Order a Free Vegan Starter Kit for a Friend!