Ringling Bros. and Barnum & Bailey Circus announced in March that in response to growing public concern over “how the animals are treated,” it will end elephant performances by 2018. It’s great progress and a hard-fought victory for animal advocates, but three years is three years too long, and for lions and tigers there is not yet an end in sight. That’s why William H. Macy, Anjelica Huston, George Lopez, Jason Biggs, and dozens of other celebrities who attended PETA’s recent 35th anniversary gala took the opportunity to sign our petition urging Ringling to retire the elephants—and all other exotic animals—NOW. 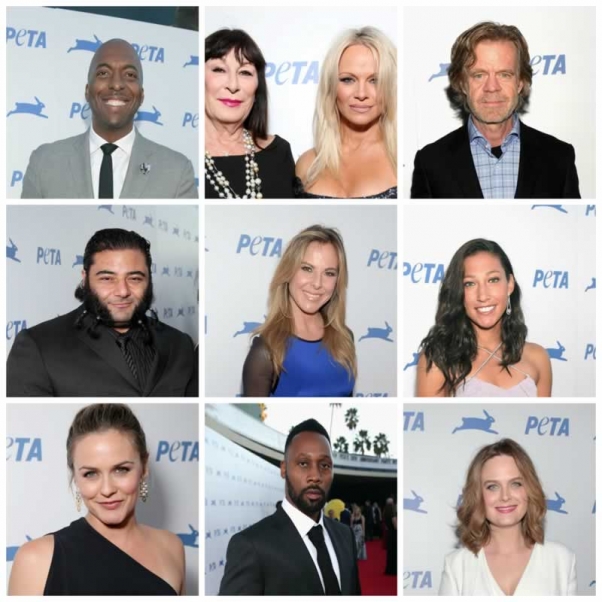 Between noshing on tasty vegan dishes and showing PETA some love at the auction tables, these compassionate celebrities spoke up for the animals held captive and forced to perform in The Cruelest Show on Earth: 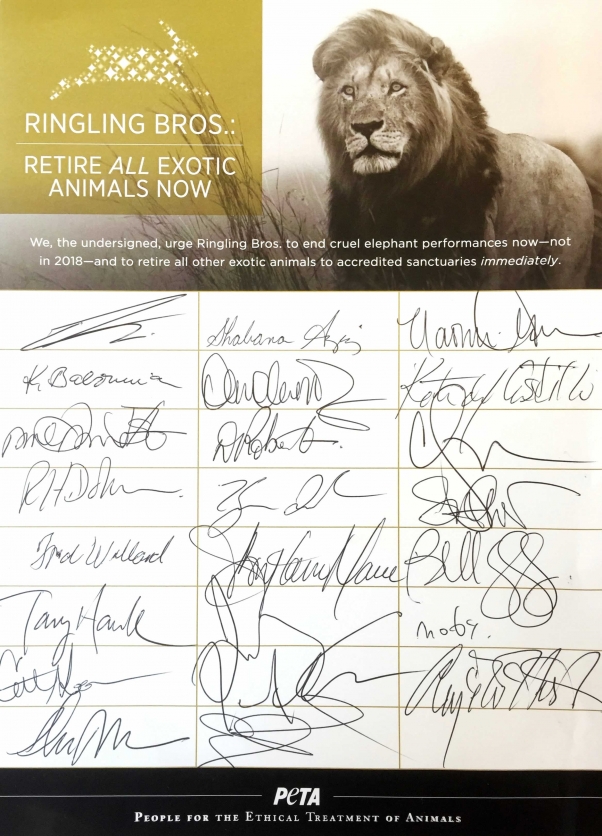 The elephants used by Ringling are facing three more years of being shackled, forced to perform, and beaten with bullhooks, and there is no relief in sight for the lions, tigers, zebras, and camels.

Big cats, such as lions and tigers, endure physical and psychological abuse and deprivation in the circus, both on the road and during training. At least one Ringling employee quit after witnessing this abuse first-hand, and a PETA investigator has documented beatings on video. Ringling has been cited by the USDA for failing to maintain enclosures for zebras and also failing to handle them in a manner that would eliminate the potential for physical harm or stress. And, stuffed into boxcars far from their natural homes, camels are forced to perform uncomfortable tricks and are deprived of even the most basic care.

Add your signature to PETA’s petition and demand that Ringling set its suffering animals free now.