As the first NBA player to win four championships with three different teams, John Salley knows professional basketball. And as a vegan lifestyle advocate and speaker, he also knows good, healthy food. So he was the perfect choice to announce the winners of PETA’s Top Five Vegetarian-Friendly NBA Arenas contest. And the winners are: 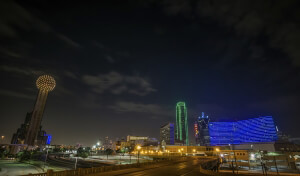 The news is out: American Airlines Center has been named this year’s Most Vegetarian-Friendly NBA Arena! The Mavs are stacking their lineup (welcome to Dallas, Amar’e Stoudemire), and the arena is stacking its menu. The suites are serving up a game-day sampler featuring a summer vegetable and tofu flatbread, a Sloppy Jane, and a salad complete with fried green tomatoes, along with the typical snacks you’d expect to find at a game, such as nuts and pretzels. General concession stands are dishing out burritos made to order as well as tacos, pasta dishes, veggie wraps, and healthy snacks like hummus and fruit cups with chili-lime spice. 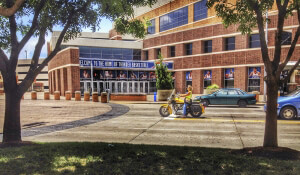 Oklahoma City might be on the fringe of the Western Conference playoffs, but the Chesapeake Energy Arena comes in at number two in our rankings. Vegan options can be found at concession stands throughout the arena, but make sure you check out the Center Court Grill for the best meat-free fare. 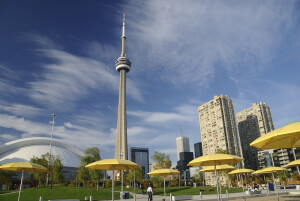 Ladies and gentlemen, fear the north! Oooooh, baby! The Raptors have been hot this season, and Air Canada Centre is back in the top three in our rankings. We’re talkin’ burritos, nachos, taco salads, veggie dogs, and subs. This place is for real. Friends, this is a team to watch and an arena to visit. 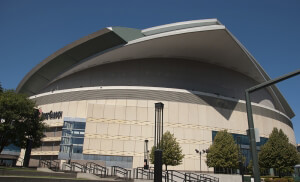 Damian Lillard might have needed someone to get hurt at the last minute to make the 2015 All-Star team, but there’s no doubt about the Trail Blazers’ inclusion here. The Moda Center took the number six spot in our rankings last year, and like the Trail Blazers’ game, things just keep getting better in Portland. Wraps, veggie burgers, salads, and more are available at concession stands, but if we were you, we’d head to Dr. Jack’s for the curry hummus and bruschetta combo. Just saying. 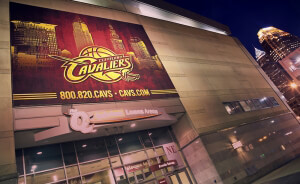 Which is a bigger deal to Cleveland fans: the return of “King” James or the arena claiming the number five spot in PETA’s 2015 rankings? Before you answer, try a veggie burger, a veggie dog, or any of the other vegan options available at “the Q.” If you don’t want to answer, that’s OK! We don’t want to hurt LeBron’s feelings, either.

Each arena will receive a framed certificate.

Congrats to the winners!