When the topic of life cycles is covered in class, teachers try to find activities that will resonate with students. One common classroom demonstration of life cycles involves an incubator and live chicks or ducklings. But what do the babies who hatch into such an unnatural environment endure, and what becomes of them when the class moves on to a new subject? What does it teach children when animals are treated like objects? After the lesson is over, the classroom has a brand-new responsibility: caring for the surviving birds or finding homes for them. 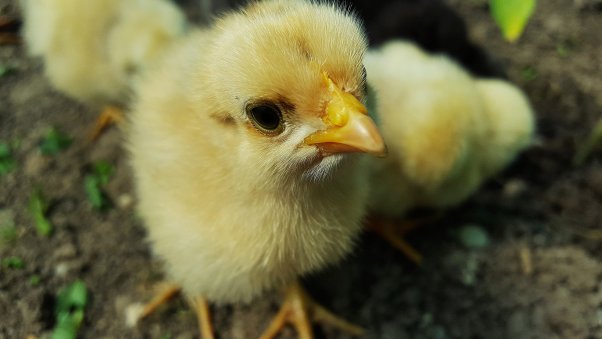 The Suffering of Chicks and Ducklings in Hatching Projects

The best candidate to raise a baby animal is the baby animal’s mother. A mother hen “talks” to her chicks before they hatch, while they’re still inside the shell, to teach them to recognize her voice in a flock. Even experienced rehabilitators who do everything correctly still struggle to keep newly hatched chicks and ducklings alive. As you can imagine, grade school children and their teachers generally can’t provide baby birds with proper care. In fact, the chicks and ducklings used in school projects are often harmed even before they hatch—if the eggs aren’t properly rotated in the incubators, the birds will die inside the shell or end up with terrible deformities. Once hatched, if baby birds aren’t immediately provided with proper nutrition, they will develop an array of painful, debilitating, and life-threatening conditions. And children frequently mishandle vulnerable baby birds. Sadly, many chicks and ducklings hatched in the classroom die there.

What Do Chicks and Ducklings Endure After the Hatching Project Is Over?

There are many possible outcomes for baby birds after a hatching project is over, but most of them are very sad. It’s generally not an option for teachers and students to take them in as animal companions. It’s illegal to keep chickens or ducks in many places. Even in places where they are allowed, these animals require a great deal of work, and have extensive and expensive needs regarding proper food, shelter, and veterinary care. Here are a few common outcomes after a hatching project is over:

Note: These commercial suppliers are often factory farms where tens of thousands of birds are crammed into cages so small that they’re unable to spread their wings and forced to live amid their own waste. 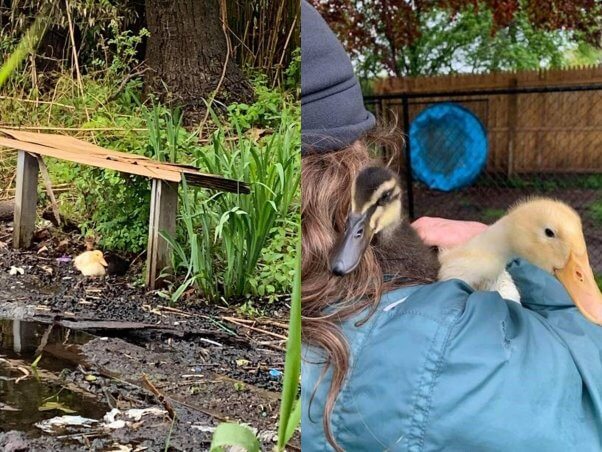 These two domestic ducks were rescued by Long Island Orchestrating for Nature (LION), an animal rescue organization, from a neighborhood pond on Long Island in New York, where they were struggling to survive. Here is their story, told by John Di Leonardo, the founder and president of LION and a senior manager at PETA:

Dougie, a white Pekin duck, had niacin deficiency (which is common in baby ducks who are improperly cared for) when we picked her up, and as a result, her leg turned inward. Although we immediately got her on supplemental nutrition, it was too late. She grew rapidly—much larger and faster than her wild counterparts—and became crippled. She could only walk with the help of a wheelchair and swim with supervision so that she didn’t drown. Given her disability, one of LION’s regular foster homes adopted both her and her buddy, Enzo—a male Rouen. Dougie passed away sitting in her wheelchair about 6 months later, likely from organ failure because she had been malnourished at such a young age. Enzo is still doing well and has chosen another special-needs female Pekin, named Angel, as his mate. Angel has “angel wing,” another disorder resulting from malnutrition (usually from being fed bread). She was rescued after having been abandoned at another Long Island park the same year along with another Pekin—named Miracle—who also had niacin deficiency and also passed away in a wheelchair at a sanctuary. 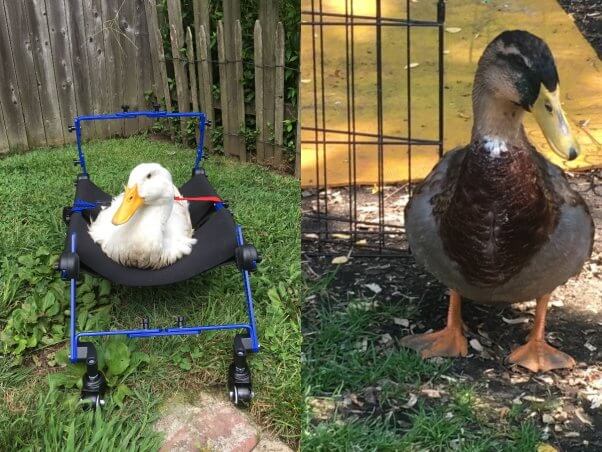 Every year, teachers hatch ducks like these two in their classrooms and then abandon them, thinking that they can survive, but this is not the case. Young ducklings are still covered in a down-like “baby fuzz,” and their feathers are not yet waterproof. When dumped into ponds, they become saturated and can even drown. Abandoned ducks don’t have the natural instincts to forage for food and defend themselves from predators—they were raised in incubators by children and not given the opportunity to learn from their mothers. Most importantly, domestic ducks have been bred to have large bodies and small wings, rendering them flightless—so when ponds freeze over in winter, they can’t migrate or fly around in search of open water and food as wild birds do. Most are killed by predators or die of starvation or dehydration, while others become frozen in the ice. Dumping domestic ducks sentences them to a cruel death.

For educational value, hatching projects miss the mark. But there are several free and paid programs that do meet curricular objectives and save baby birds: 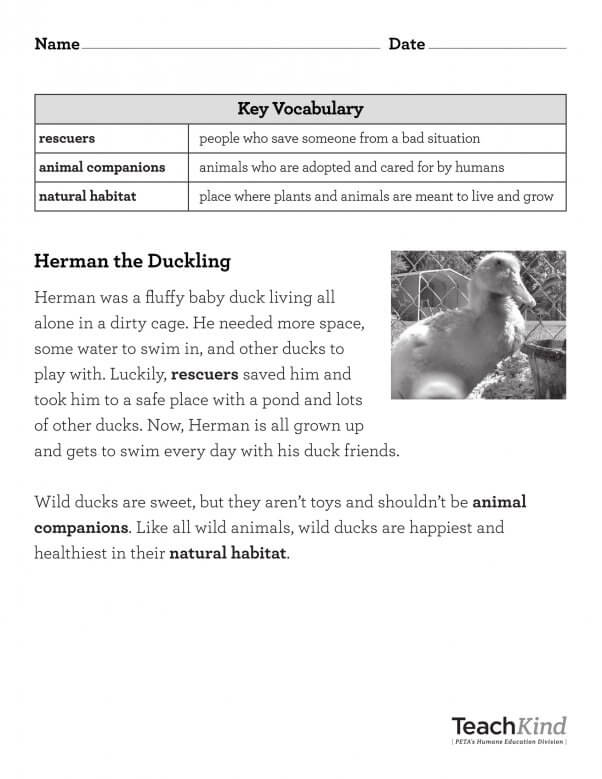 Children can learn about life cycles without bringing animals into the classroom. Using animals as interactive tools doesn’t foster respect for them—instead, children get the message that they’re ours to do with as we please. Hatching projects also convey the message that it’s OK to separate animals from their families and homes in order to keep them in captivity. Promote compassion in your students by leaving animals out of the classroom.

Please share this resource to inspire other teachers to incorporate compassion for animals into their curricula. 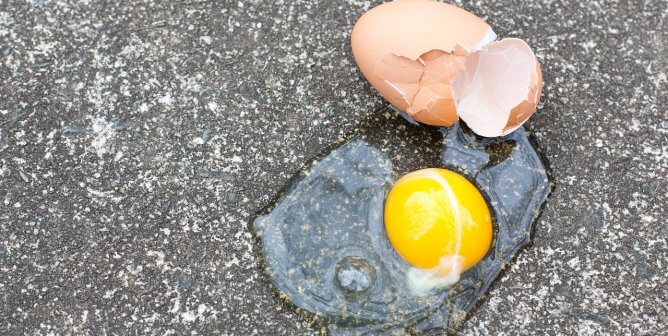 Drop the Egg Experiment in Favor of Humane STEM Activities 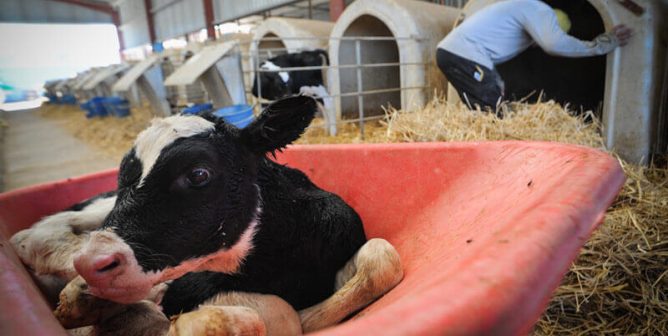 Debate Kit: Is It Ethical to Eat Animals? 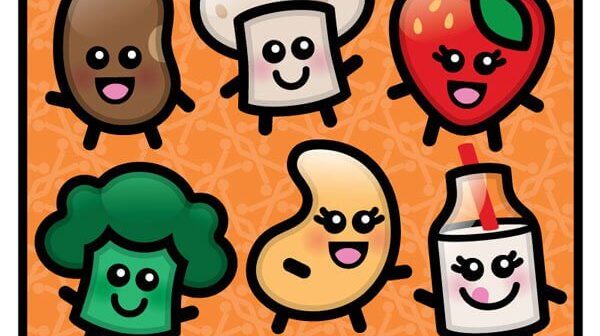 Plant Power! An Introduction to Vegan Nutrition for Grades 3–5 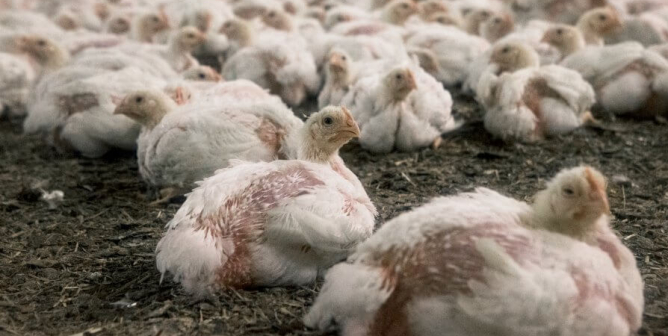 Debate Kit: Is Animal Agriculture Harmful to the Environment?