How to Survive (and Enjoy) a Nonvegan BBQ!

The following is a guest post by PETA Foundation staffer Amy Skylark Elizabeth.

A barbecue featuring meat on the grill can make any vegan feel downright ill. But don’t worry—the following helpful hints and recipes will make attending a less-than-vegan-friendly barbecue as easy as vegan apple pie. When it comes to what food to bring, ready-made veggie burgers and “meats” available at most grocery stores taste marvelous straight off the grill.

Favorites among PETA staffers are the Boca Original Vegan Burger and Tofurky Beer Brauts. When it comes to sides, corn on the cob, mushrooms, bell peppers, and sweet onions taste great when slathered in BBQ sauce and grilled over glowing coals. To really inspire a collective “yum” from everyone, whip up some easy-to-make (but hard-to-resist!) fried “chicken,” coleslaw, and macaroni salad. 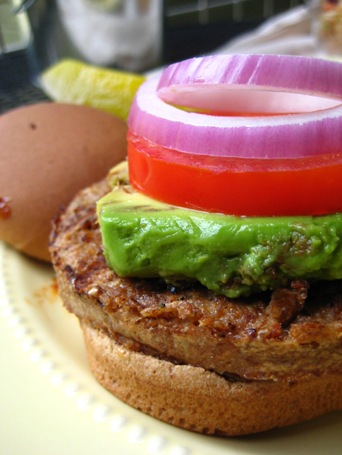 And remember, try to keep it positive. Believe me: The delicious vegan food that you take to the party will speak volumes about why people should go vegan. But if someone gets up in your grill about what you’re putting on the grill, you have our permission to get as sassy as those cute leather-free sandals that you’re wearing.

They say: “Animals aren’t as smart as humans.”
You say: “If finding someone to be smart was a requirement for not hurting them, some people would be in a lot of trouble.” (Pointing to the person who said, “Mmm … hamburgers!” is optional.)

They say: “Animals were put here to be eaten.”
You say: “Just because we can eat animals doesn’t mean we should. Animals are made of flesh and blood, just like us. They love their babies and their companions, and they feel pain just as intensely as we do. They value their lives, too, and don’t want to die.”

They say: “People have always eaten meat.”
You say: “Yeah, and before we won our independence, we were ruled by England. Things change. What doesn’t change is the fact that vegan foods are cholesterol-free and low in fat, and they don’t form the harmful carcinogens found in barbecued beef.”

Now that you’ve wowed the crowd with your cruelty-free culinary skills and talked down the naysayers, kick back and enjoy the delicious vegan barbecue fare and the company of family and friends!