Why Should You Adopt?

The following is a guest post by former PETA Files blogger Shawna Flavell in honor of “Adopt a Shelter Cat” Month, which takes place during June of each year.

I decided that I was ready to adopt an animal companion while I was living in a Chicago studio apartment. I had just graduated from college, and at the time, I knew that I had the space and resources to open my home to two cats. 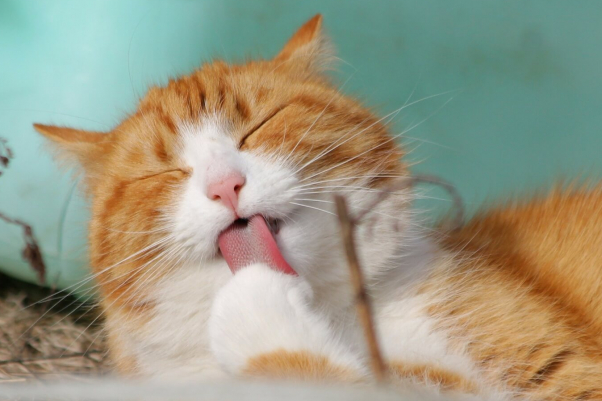 Once I decided that I could provide a pair of cats with their forever home, I diligently researched each animal shelter in my area until I found one that I wanted to adopt from, and just in case I needed to make an appointment, I called ahead.

Turns out that most animal shelters are so eager to find happy homes for their animals that appointments aren’t necessary. I arrived at the animal shelter on a busy Saturday and was shocked by the number of kittens who needed homes. It was early summer, and many of the cats were only a few weeks old. They had been abandoned at the animal shelter by people who hadn’t bothered to spay or neuter their own feline companions, and after the cats became pregnant, their human guardians were unable to take care of the babies or find homes for them.

After telling an employee of the animal shelter that I was looking to adopt two cats, she walked me over to a cage where two black kittens were nestled against each other. One of the cats was male, and the other was female. The male had been the biggest cat in his litter, and long after the rest of his brothers and sisters were adopted, he’d been left behind.

The female was a recent arrival to the animal shelter; she had been found in an alley behind someone’s home. Initially I thought that I was going to be bringing home two adult cats who were already set in their ways—I wanted to know right off the bat what I was getting myself into! But after spending a bit of time with the young pair at the animal shelter, I knew that I was taking them both home with me.

Over the past six years, the female, Twila, has grown into a mischievous cat who gets into everything. She jumps onto shelf tops and walks around glass figurines as if she’s a tightrope walker. She climbs into open draws just to see what’s inside them. The male, Bulldozer, prefers to curl up in bed next to me as I read. But he can be feisty too. If he thinks that it’s time for you to pet him and you ignore his coy advances, he isn’t shy about using his teeth to nip lightly and let you know that he’s craving attention.

June is almost over, but I hope that you’ll remember that it doesn’t matter if you are longing for a loving pair of animals, a gentle friend who has been waiting in a cage for far too long, or a pair of kittens you are ready to grow old with, the best place to find a loving, caring companion year-round is your local animal shelter.