After Talks With PETA, Subway Is Releasing a Beyond Meatball Marinara

Now, you can eat fresh without eating flesh—vegan meatball marinara subs are coming to Subway, and we can barely contain our excitement (or hunger). After talks with PETA, the popular sandwich spot will offer a version of its most in-demand sub using Beyond Meat meatballs at hundreds of participating locations in Fresno, California; Jackson, Mississippi; South Bend, Indiana; Louisville, Kentucky; and Harrisburg, Pennsylvania, in the U.S. and Halifax, Nova Scotia, in Canada. In order to make the new sandwich completely vegan, simply order it without cheese. Please go out and vote with your wallet by buying the vegan sub, and spread the word to your friends and family.

GET YOUR COUPON NOW!

We love a sub loaded with tons of tasty veggies, but with more and more people going vegan to protect animals and the environment, it’s the perfect time to have meaty, plant protein–packed fare on the menu. 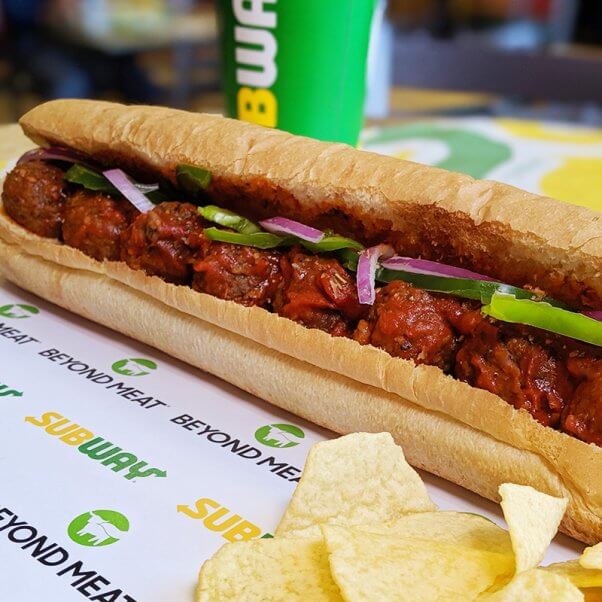 This news comes after Subway U.K. made us extremely envious by debuting a vegan wrap with a spicy vegan patty. The company is planning to begin testing its Beyond Meat Meatball Marinara at several hundred locations around the U.S. and Canada this fall. It will join a long list of restaurants that are recognizing that the vegan revolution is here and only continuing to grow! Beyond Meat is now available at so many popular restaurant chains like Del Taco, TGI Fridays, and more. 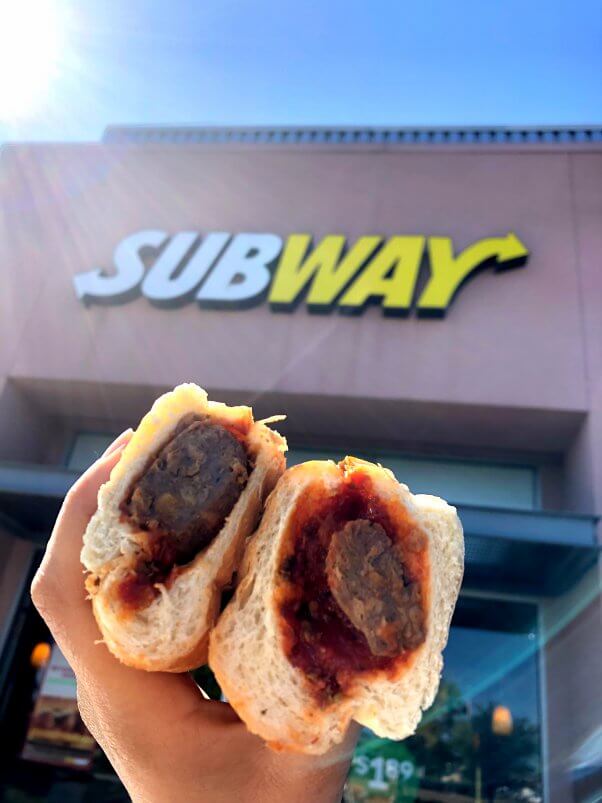 Can’t wait until September? Subway has a ton of other delicious vegan ingredients, so you can customize a salad or sandwich today!


How To eat vegan at subway

Subway’s delicious addition to its menu proves that there’s no need for us to eat the flesh of other animals. With so many tasty animal-free options available, going vegan is now easier than ever. Order PETA’s free vegan starter kit to receive tips, recipes, and insight that will help you make the transition to a compassionate lifestyle.

Your decisions can make a difference. Urge popular restaurants to add more vegan options to their menus.