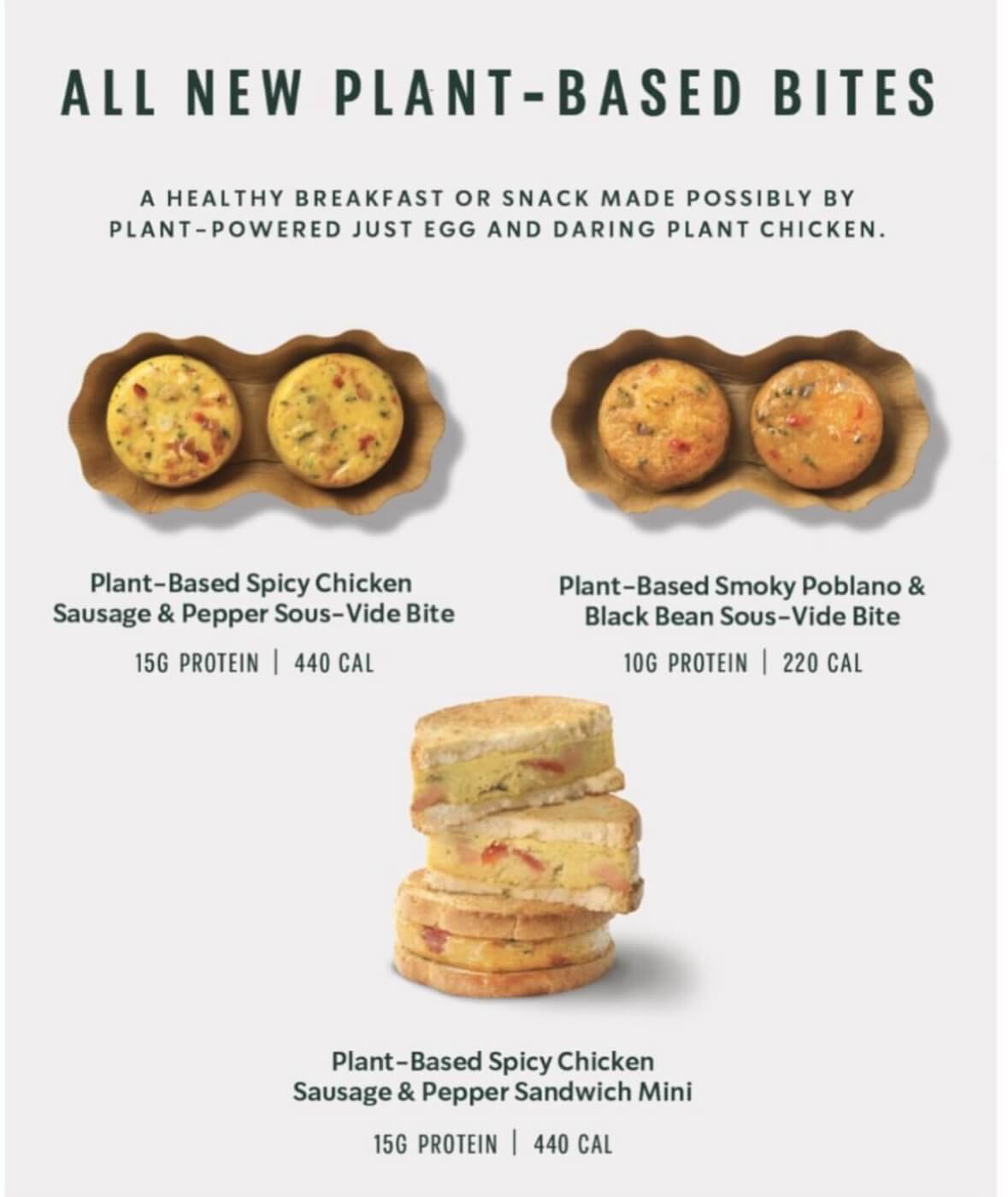 It’s a good step forward for Starbucks, a company that has committed to reducing its carbon footprint. More vegan food is one of the best ways to get there, but so is dropping the unfair surcharge on vegan milk—especially since cow’s milk is the company’s biggest contributor to its carbon footprint. Customers shouldn’t be punished for choosing options that are better for animals, the planet, and their own health, which is why we’re pushing the chain to drop the surcharge as other chains have already done.

Starbucks is testing two types of vegan sous vide egg bites made with a plant-based egg. The Plant-Based Spicy Chicken Sausage & Pepper Sous Vide Bites and Plant-Based Smoky Poblano & Black Bean Sous Vide Bites are great options for mornings when you’re on the go and you want to make sure you’re choosing a breakfast that’s kind to animals.

Another option is this sandwich mini, which comes with spicy Daring chicken in a savory vegan egg patty between slices of toasted bread. It’s warm, filling, and satisfying—and it pairs perfectly with your favorite nondairy drink. 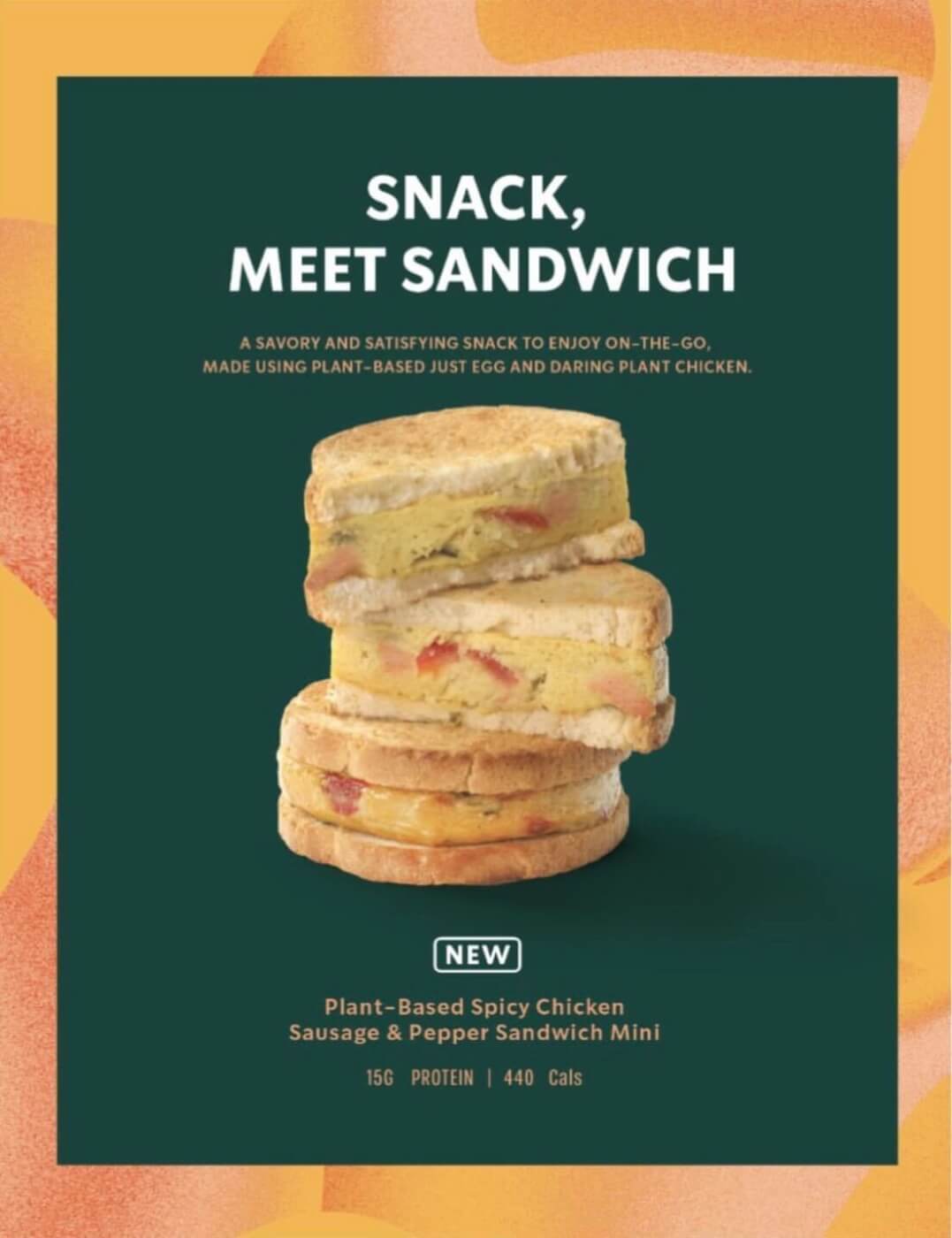 Love Starbucks? Ask It to End the Surcharge

Remind Starbucks that soy, oat, and nut milks shouldn’t cost a cent more than cow’s milk—which is cruel to cows, contributes to the climate catastrophe, and is indigestible to many humans: