Vegan Orange Chicken and Other Options at Panda Express

In a major win for chickens, Panda Express has launched a vegan version of one of its most popular dishes at all 2,300 of its locations nationwide. The dish—called Beyond the Original Orange Chicken—is made with Beyond Meat vegan chicken and features both crispy breading and a honey-free sauce. While the offering is available only for a limited time, showing the chain how popular it is could help it earn a spot on the permanent menu, so try it at a location near you! 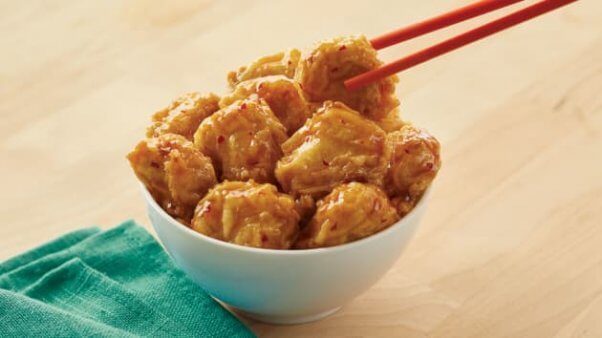 In 2019, PETA urged Panda Express to get with the times by offering vegan options at its 2,000 stores around the globe. After PETA supporters took more than 234,000 actions demanding change, the company began offering its first vegan meals. In addition to its Beyond the Original Orange Chicken, Panda Express is developing and testing other vegan dishes, including Beyond Beef Golden Potstickers, Kung Pao Mushroom & Potato, Mapo Eggplant Tofu, Quinoa Brown Cauli-Fried Rice, and Wok-Fired Seasonal Veggies.

In addition to the Beyond the Original Orange Chicken, pile your plate high with these other vegan options at Panda Express*: 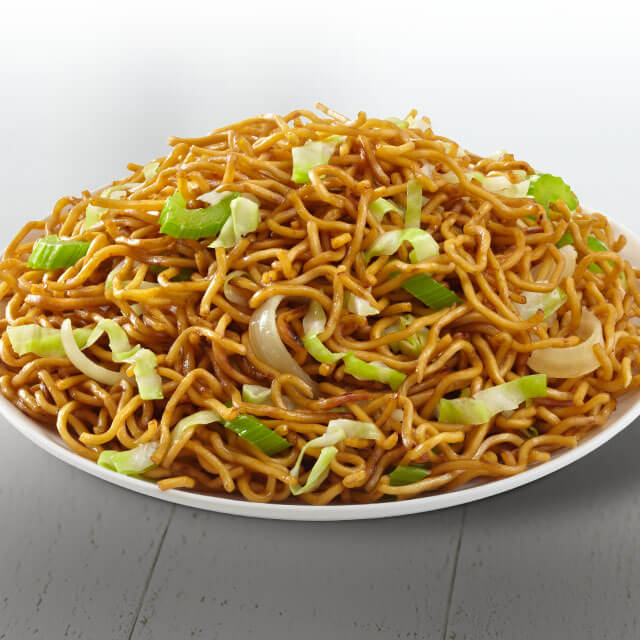 *Please note that availability and ingredients may vary by location. Always check with a store to make sure that it’s vegan-friendly.

The move by Panda Express follows those by other fast-food chains that have expanded or introduced delicious vegan options. Panda Express has picked up on what so many already know: Being vegan is on the rise with no signs of slowing down.

It’s never been more convenient and easier to be vegan. But animals still need help!

Sure, fast food may not be for everyone, but we’re all for any option that allows on-the-go consumers to eat vegan and prevent sensitive animals from being caged in their own filth, tormented, and subjected to a terrifying death when their throats are slit while they’re still conscious. Hungry patrons want fast, compassionate options, and savvy food companies will either offer them or be left behind.

Help get vegan options at McDonald’s, KFC, Domino’s, and elsewhere by taking action. Each time you click “Take Action,” another company will receive a message urging it to offer vegan meals. How cool and convenient is that?

Note: PETA promotes being a healthy vegan. If you choose to eat fast food, we suggest options that are kinder to animals. As is common at many restaurants offering vegan options, Panda Express uses shared equipment and therefore cross contamination can occur. But remember, helping animals is not about personal purity!