Is It OK to Eat Honey, Royal Jelly, and Bee Pollen?

Did you know that bees are naturally involved in the production of an array of substances in addition to honey, including beeswax, propolis, “bee bread,” and royal jelly—all of which serve a vital purpose within their hives? When humans take and use these things for themselves (or intervene in other ways), bees are often left unprepared to survive harsh winters, unable to fight off diseases, or worse. You may be wondering: Do vegans eat honey? If so, you’ve come to the right place. 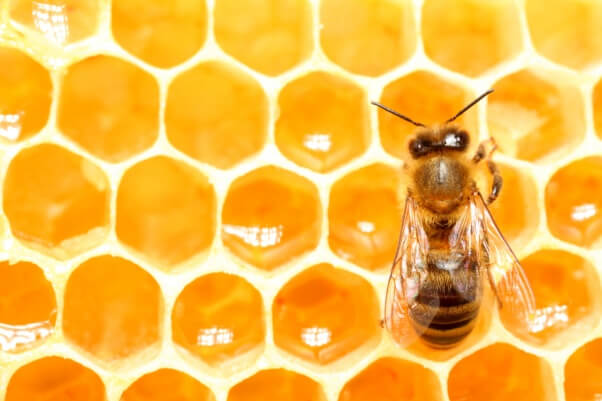 Living vegan means embracing every opportunity to reduce the suffering of all animals, regardless of their species. With their populations in a state of alarming, steady decline, there has never been a better time to give bees a break and make the switch to bee-free products.

Learn how using the following products can hurt bees, and discover what you can use in their place:

Bees will spend up to 20 minutes in groups, throwing up and then re-ingesting nectar until they have partially digested it. They then beat their wings over that vomit until enough water has evaporated out of the mixture to prevent it from fermenting. We call this dehydrated bee barf honey. Bees use honey as a food source during winter months. Humans use honey to sell granola bars and decorate Winnie-the-Pooh sweatshirts.

But all joking aside, for many bees used in the honey industry, life is a trial by fire, literally. Beekeepers use smoke and gas to manipulate bee colonies. Queen bees are killed and replaced without warning, causing distress throughout the entire hive. New queens are placed in nurse colonies to be reared by frantic worker bees, only to be mated, tagged, sealed in a tiny box, and shipped off as cargo to start a new colony. When members of a bee colony are infected with deadly parasites, keepers will sometimes fumigate and burn an entire hive while the bees’ bodies are still inside.

Factory-farmed bees are denied their hardwired, instinctual desire to seek out nearby flowers and plants to pollinate. In order to take advantage of agricultural pollination opportunities, migratory beekeepers rear bees in artificial hives that are trucked around the country on trips that can take days. All the while, the animals are subjected to immense noise, vibrations, and excessive heat and have inadequate or no ventilation. Since bees won’t urinate or defecate in their hives, they are forced, while trapped inside boxes, to “hold it.” Many bees—and sometimes entire colonies—die from this ordeal.

Even though bees tend to prefer the nectar of certain flowers or plants, it’s a common honey-industry practice to drop them off in fields or orchards containing just one plant, leaving the bees no other option. Additionally, when beekeepers drain hives to sell honey to humans, they’ll often give the hungry bees sugary syrups, like high-fructose corn syrup, instead.  Scientists speculate that these restrictive practices could be causing bees to suffer from malnutrition. This is believed to weaken already-shrinking bee populations even further. The good news? We don’t need to take honey from bees.

An array of delicious, sustainable, plant-based sweeteners can do all the same things that honey does—without hurting bees. Try one out the next time that you go shopping! Look for agave syrup or check out the product that a Shark Tank investor called a “hundred million dollar brand”: Bee Free Honee, which is made from organic apples.

When the temperature inside a beehive is just right, worker bees “sweat” out a wax from the crevices between sections of their abdomens. The bees then chew this secretion, mixing it with pollen, tinting the once-clear substance into an opaque substance called beeswax. It’s sometimes used as a coating for pills, in candles, in lip balm, and in scores of other weird applications.

An array of bee-free, plant-based waxes exists. You can find vegan wax in scores of products that are readily available online or in stores near you. The next time that you buy cosmetics like lip balm or mascara (yes—there is often beeswax in mascara) or pick up some candles, reach for a vegan product.

Worker bees have glands in their heads that ooze out a substance called royal jelly. This goop is fed exclusively to young queens-in-the-making, a process by which, scientists believe, the development of ovaries is controlled. Even though it appears in a number of cosmetics and even in some dietary supplements, both the European Food Safety Authority and the U.S. Food and Drug Administration (FDA) have concluded, unsurprisingly, that no evidence exists to show that ingesting royal jelly has any health benefits for humans.

Royal jelly is sometimes hiding in creams and lotions, so be sure to check the ingredients list. For an easy bee-free beauty treatment, try our DIY contour face mask, or if you’re on the go, check out our handy list of vegan beauty products from Trader Joe’s.

Propolis, bee pollen, and “bee bread” may also appear in foods and cosmetics (and other surprising places, such as polishing waxes for cars or on the strings of musical instruments). They serve a number of varied purposes within bee colonies, such as sealing gaps in hives and serving as the main source of protein that growing bees need in order to develop. While honey, royal jelly, and beeswax are all secreted by bees’ bodies, propolis and pollen are naturally occurring substances that bees seek out and harvest. The FDA advises against the use of certain pollen products, and bee pollen is not considered safe for pregnant or breastfeeding women. Bee pollen also can cause a serious allergic reaction in some humans who ingest it. Bottom line: These products are for bees.

See How Sweet a Bee-Friendly Life Can Be!

What are you waiting for? Next time you go shopping, try some of these bee-friendly brands: 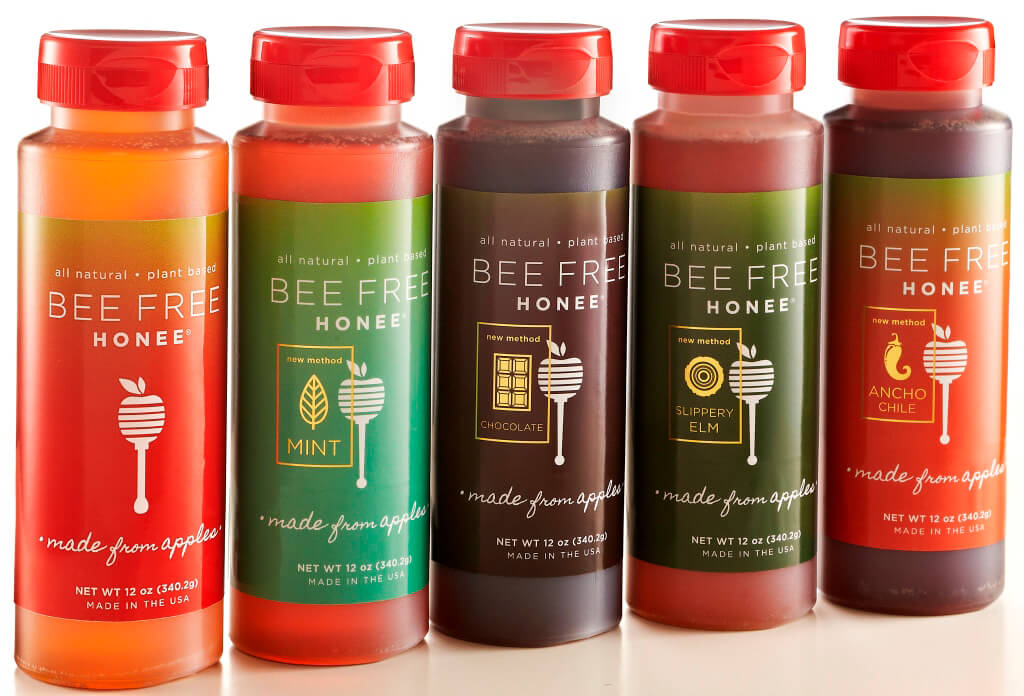