What Is Boba Made of, and Is It Vegan? Here’s What You Need to Know

Many people who avoid gelatin (honestly, who wouldn’t after finding out what it’s made of?) are nervous about eating boba because of its gelatinous texture. So what exactly is it made of? Boba pearls are made of tapioca starch that comes from the cassava root, so compassionate customers can rest easy knowing that gelatin is not used in the making of these tiny balls of deliciousness. This is great news, since gelatin is made from the bones, skin, ligaments, and tendons of dead animals such as cows, pigs, and fish. Blech.

The most common place you’ll find the boba itself is at the bottom of bubble tea. The drink originated in Taiwan in the ’80s and has been quickly growing in popularity over the last decade. Trust us—it’s tasty. Bubble tea is typically prepared in two ways—as a creamy drink mixed with common tea flavors such as Thai, black, Earl Grey, etc., or as a fruit juice that’s mixed with green or black tea.

Unfortunately, the milk added to bubble tea is usually cow’s milk by default. Cows on dairy farms endure a short life of torture and abuse before being sent to a slaughterhouse. So you don’t contribute to any of this cruelty, just ask that your drink be made with all vegan ingredients. 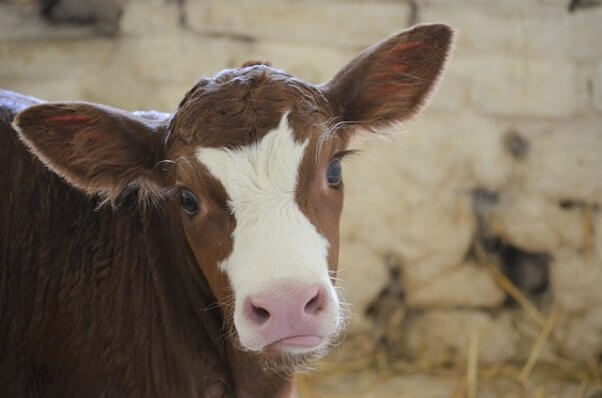 If a bubble tea location doesn’t offer vegan creamer, send the owner an e-mail explaining why you’d like a vegan option and head to a different bubble tea store that offers a vegan version instead. Also, be sure to ask that your sweet drink be made without honey, as bees need it and humans don’t. Bubble tea is all over the place now, so a vegan version shouldn’t be hard to find!

Any food can be made without animal-derived ingredients, and if this article left you thinking about avoiding them altogether, why not order one of PETA’s free vegan starter kits?