What Are You Wearing Around Your Neck? Here’s Why You Shouldn’t Wear Pearls

Are pearls vegan? Keep reading to find out how pearls are made, and please think twice before wearing them.

Where Do Pearls Come From?

A pearl is an ulcer that forms after an irritating foreign object enters the shell of an oyster (or that of a similar animal), who responds by coating it with nacre, a crystalline substance that gives pearls their luster. All bivalves—including mussels, clams, and scallops—can make pearls, but oysters are the animals most commonly exploited by the pearl industry.

What Are Cultured Pearls?

Because pearls naturally form in only one in 10,000 oysters and because the creation of a pearl can take up to three years, pearl farmers have devised a process called “culturing,” or cultivating, that allows them to exploit oysters faster and cheaper.

During culturing, farmers pry open oysters’ shells and insert an irritant, often a bead or another oyster’s mollusk tissue. When oysters sense danger, they try to hide inside their shells, snapping them tightly shut. Having their protective shells pried open by humans is a presumably frightening and painful experience. While we don’t yet know whether bivalves can feel pain in the same way we do, we can observe that oysters snap their shells tightly shut when they’re disturbed by touch or even when they sense loud noises. Their response indicates an understanding of the potential danger if their shell is pried open, especially since the process commonly results in the death of half the oysters. 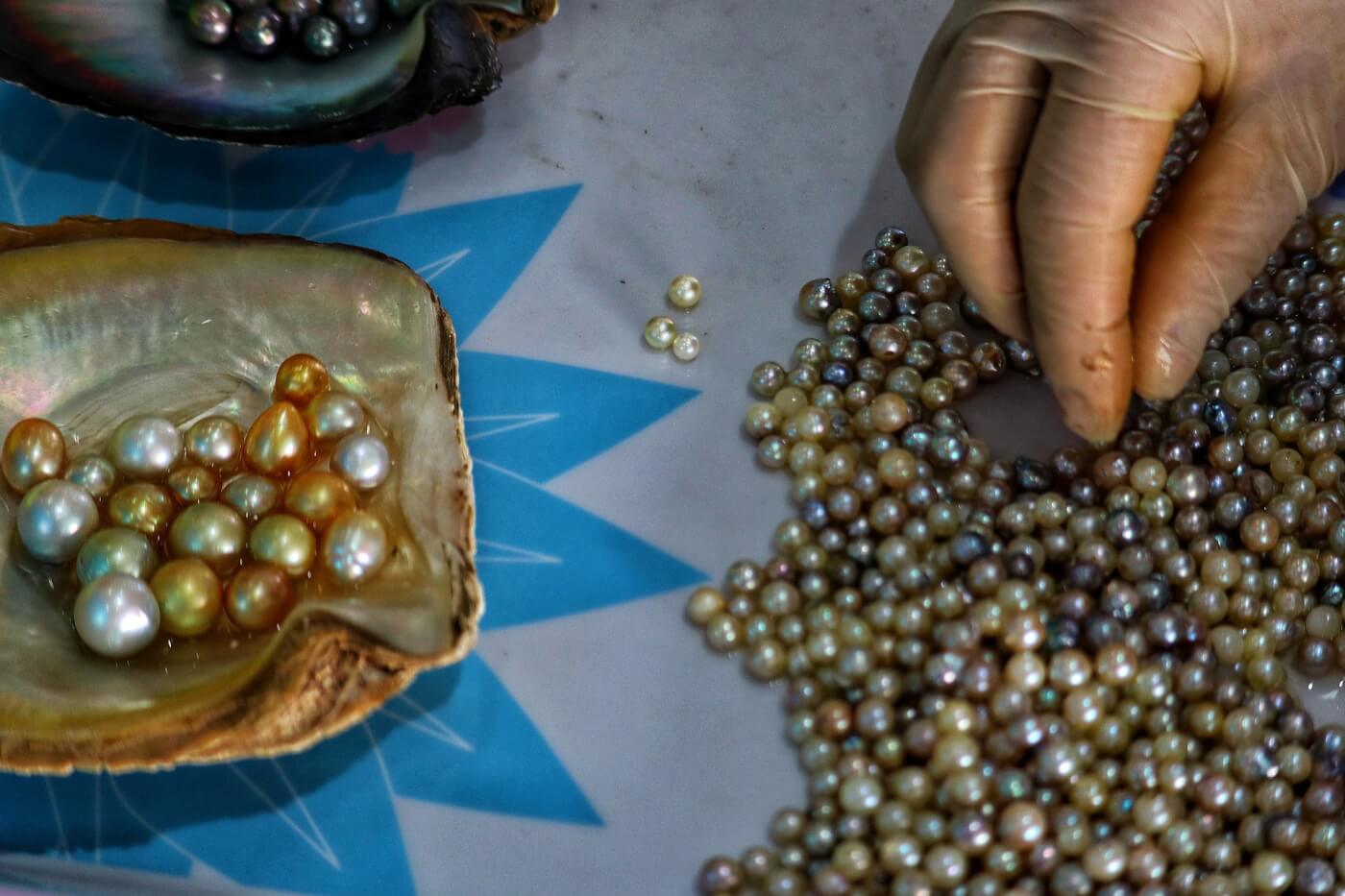 The cruelty doesn’t end there: Farmers then suspend the oysters in water in a cage, moving them around and subjecting them to different water temperatures in order to create the desired shape, size, and color of the pearls. The oysters are then pried open a second time so that the pearl sac can be cut out.

Does Removing the Pearl Kill the Oyster?

Around a third of the oysters are thrown back into the water to undergo another cycle. Whether or not they go through another round of this stressful experience, all animals used for pearls are ultimately killed. Their flesh is sold to be eaten, and their shells are used for decorative “mother of pearl.” 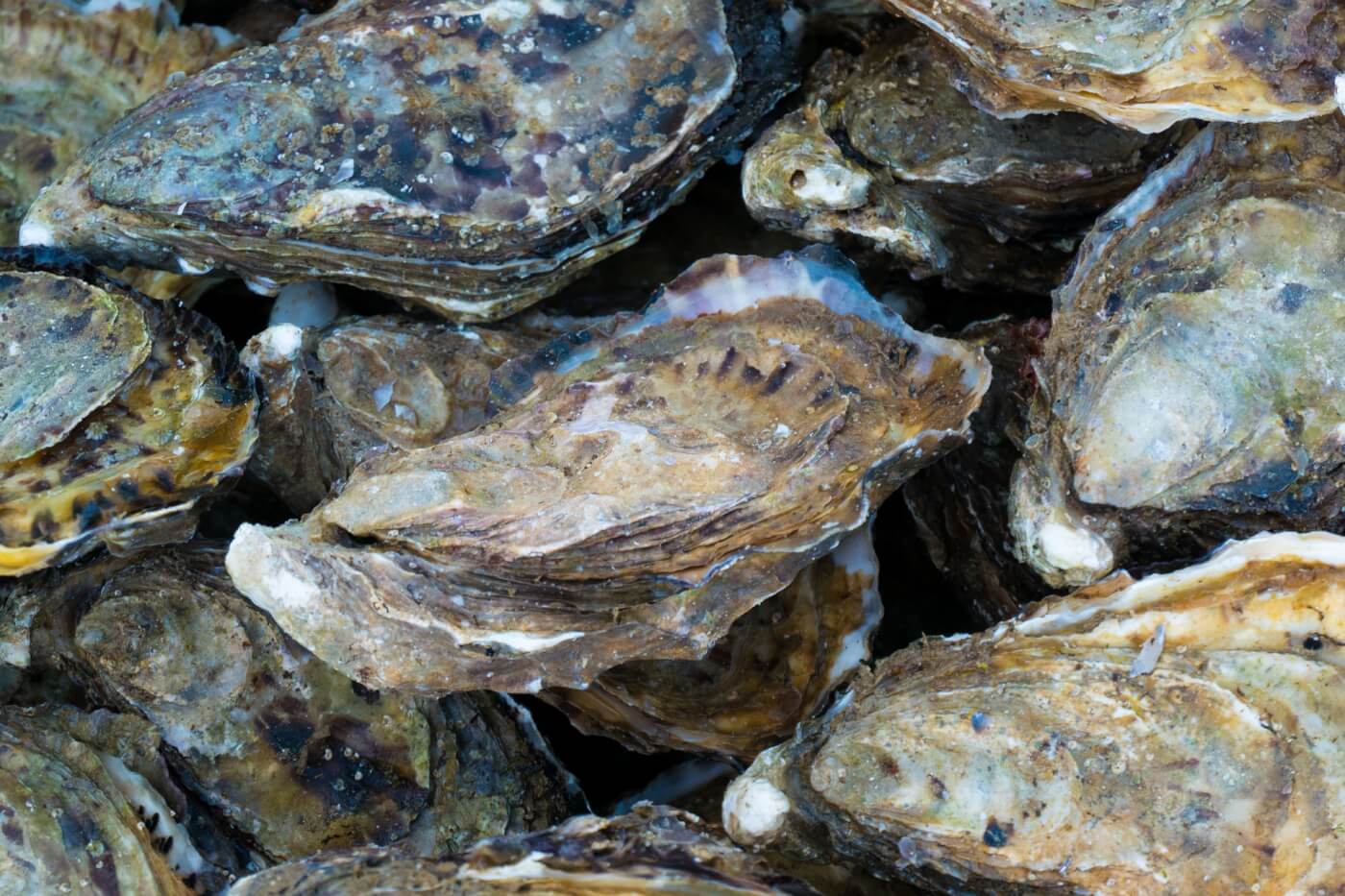 Can You Buy Ethical Pearls?

The only ethical pearls on the market are those made from glass, alabaster, plastic, or other human-made materials. However, some of these options are also coated in animal-derived materials, including isinglass, fish scales, oyster scales, and mother-of-pearl powder. It’s best to avoid pearl and imitation pearl jewelry altogether. Luckily, there are many other beautiful options you can adorn yourself with that don’t harm animals!

No, pearls aren’t vegan. Oysters and other mollusks only produce pearls as a response to a stressful environment, and it’s speciesist to torment and kill an animal just because we think the end result is beautiful.

Certain cosmetics are made with pearls that have been ground into a fine powder. Since these skincare and makeup products use real pearls, they aren’t vegan, either. Be sure to use animal test–free products that don’t contain animal-derived ingredients—plenty of them (such as Pacifica’s Vegan Collagen collection) have skin-smoothing, youth-extending benefits.

There’s no excuse for killing oysters or any other animal for jewelry, fashion, cosmetics, or anything else. Help save oysters by refusing to buy anything made with pearls, and help other animals by wearing vegan:

Find Out How to Wear Vegan