Just in time for the new year, director Fern Levitt’s compelling documentary Sled Dogs—which has been called the Blackfish of the dogsledding industry—is now available on Prime Video and Plex. This riveting film draws back the curtain on the ugly behind-the-scenes cruelty in the dogsledding industry, both in the U.S. and Canada. It took home two awards from the Whistler Film Festival: the World Documentary Award and Best Female-Directed Documentary.

From Alaska to Colorado and throughout Canada, dogs used in racing and in commercial (tourist) sledding operations are treated like replaceable equipment. When not pulling loads for long distances, dogs, often dozens of them, are stored like inventory in muddy fields chained to metal posts or ramshackle plastic barrels or dilapidated wood “houses.” Breeders churn dogs out, who will then spend most of their lives at the end of a chain, denied any comfort whatsoever or companionship with a family. 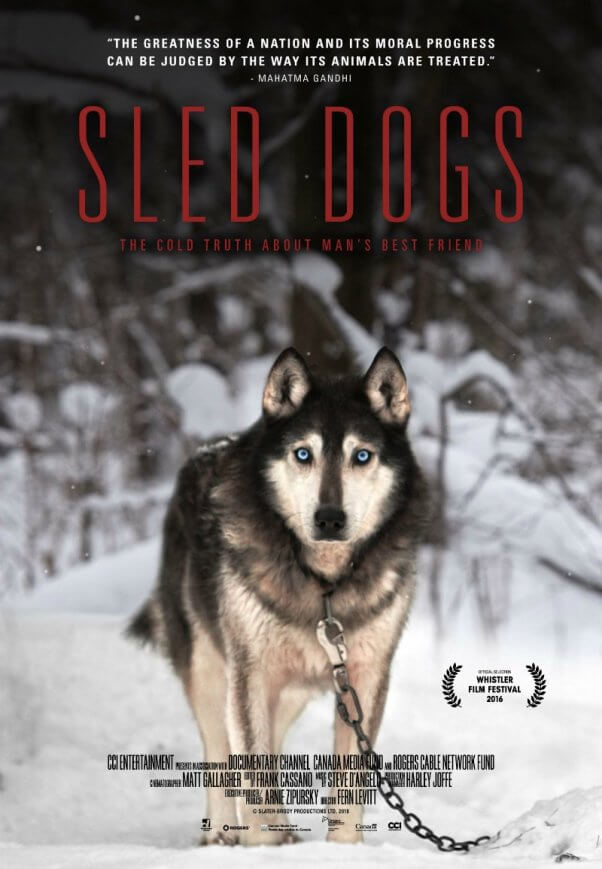 At the breeding compound at Ontario’s Chocpaw Expeditions, the largest kennel in North America, dogs chained to plastic barrels stretch as far as the eye can see. The dogs live in a six foot circumference of wet mud and puddles. Some are driven mad by the confinement, spinning on their chains until they are stopped short, over and over again.

At another operation, even obviously terrified dogs are forced to train. One breeder is shown dragging a squealing dog named Lydia by her neck, admitting the dog was “totally afraid.” As Lydia is dragged past other dogs, she is attacked and bitten by a chained dog.  Lydia herself is then chained in mud, while the breeder dismisses the incident claiming, “see, we’re good.”   The same trainer is shown tying a weight to dogs and dragging the frantic and struggling animals by their necks. The dogs were so neglected the woman did not even notice that one of the dogs was dead at the end of his chain until the film crew spotted him lying motionless in the snow, and pointed him out to her.

Levitt’s crew filmed dogs at the 2016 Iditarod who were exhausted, stiff, injured, and flat-out miserable. Some were too worn out to even eat or drink.

“I want my team to be like a machine, a well-oiled machine.”

One musher is shown stuffing his dogs into tiny compartments in his transport truck to go to the training area.  Once there, he drags the dogs to the tow line and forces them to pull the truck in the snow for 80 miles. The same musher balked at pulling his sick, injured dogs from the race even after an (apologetic) Iditarod check point veterinarian advised him to do so.

“They’re like tools, that’s all that they are is a tool.”

Yet those who run the Iditarod insist that the dogs are “athletes” and the public seems to have taken that as fact.

At Colorado’s Krabloonik Kennels, the largest tourist dog-sledding operation in the United States, “excess” dogs were routinely shot in the back of the head and buried in a pit. The town’s mayor staunchly defended the operation and brazenly refused to allow advocates to speak at town meetings. Tenacious locals pushed the district attorney to take action, and a surprise inspection resulted in the owner being charged with eight counts of cruelty to animals. The owner sold the operation – which continues today – to like-minded employees.

During warmer months when sledding is unavailable, dogs never know a moment’s comfort.

“It looks like a concentration camp when you come visit it … [the dogs] they get starved, basically, for the summer months, for seven to eight months of the year.”

To learn more, check out this article on dog sledding, and listen to this radio interview with Levitt.

Never go on a dog sled ride, and encourage friends and family to avoid them, too. 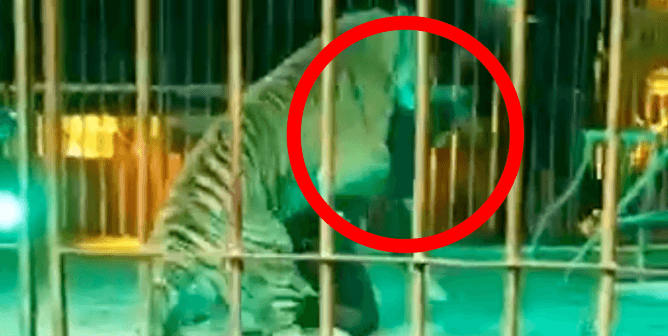 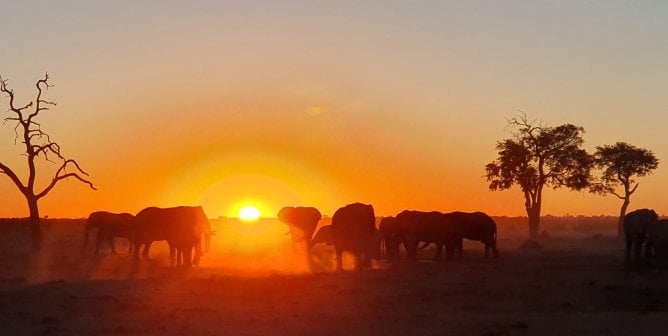 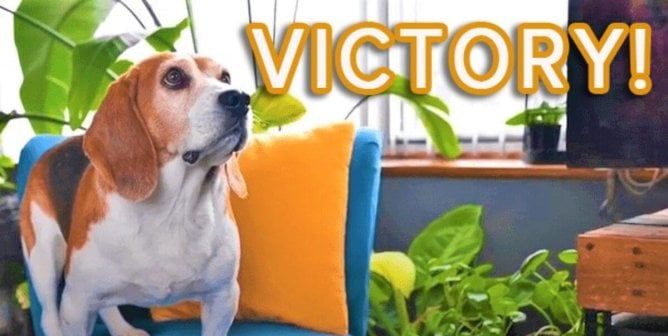