Comic book writers and artists have often used their medium to explore the issues of their time and advocate for positive change by telling stories of superheroes, villains, and good triumphing over evil. Some contemporary animal rights comic books take this tradition in a new direction, questioning how we relate to our fellow animals and suggesting ways we can challenge inequality and make positive changes. These comics explore the way animals are used for experimentation, food, clothing, entertainment, and other ends while giving us hope that the change we see on the page can be reflected in the world.

This 22-page comic book published by TidalWave Productions reveals some of what the popular Netflix docuseries Tiger King: Murder, Mayhem and Madness leaves out. Written by Michael Frizell and drawn by artist Joe Paradise, the comic explores the history of big-cat abuser “Joe Exotic,” animal activist Carole Baskin, and others who were featured in the docuseries. Infamous: Tiger King uses information from PETA to highlight the cruelty to animals that occurs in roadside zoos and other hands-on encounters with big-cat cubs. 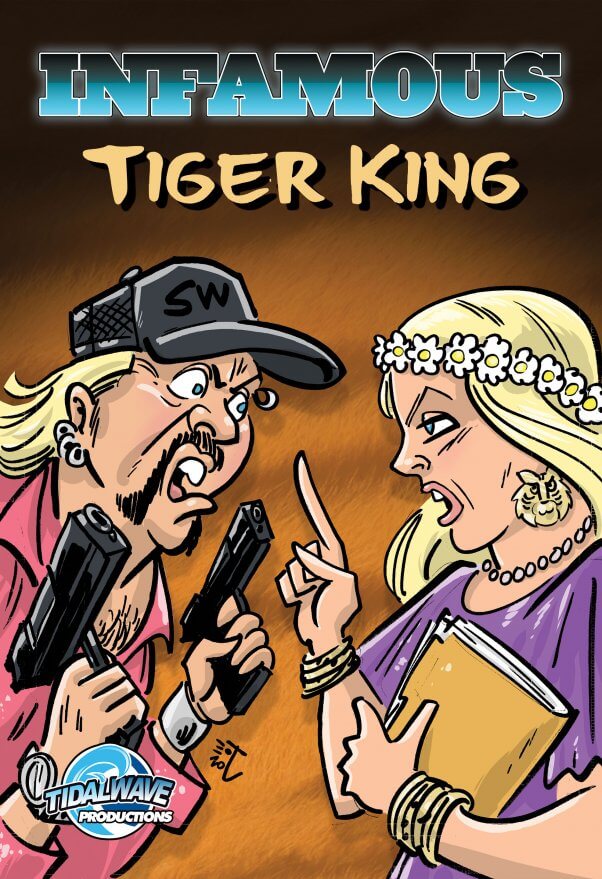 Written by Sebastian Bendix and drawn by R.J. Vinalon, Mister Simian follows the eponymous monkey-suited hero who will go to any lengths to save oppressed animals from suffering. Set in a dystopian world, the comic explores the horrors behind industries that perform cruel experiments on animals. 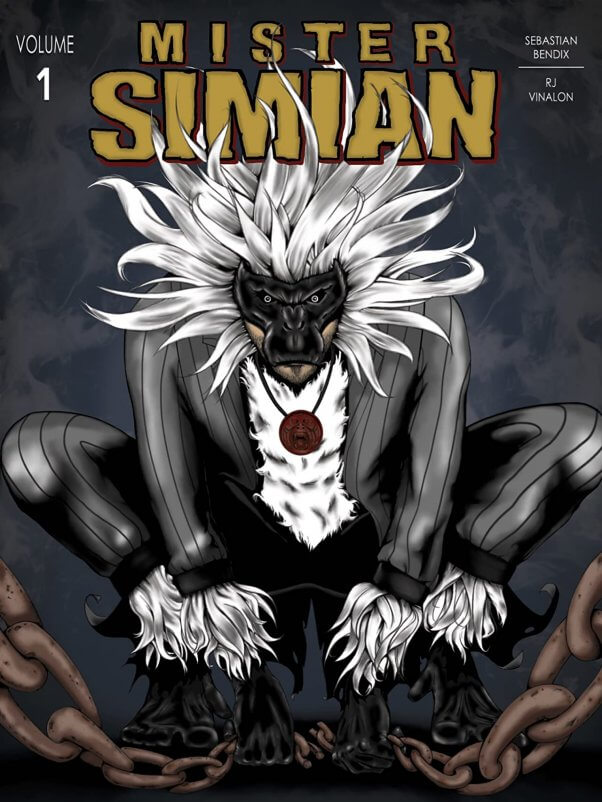 Thanks to the popular AMC TV show, most people have heard about Robert Kirkman’s bestselling comic. The book follows Rick Grimes as he attempts to navigate a world full of monsters trying to eat him. Must be hard, huh? 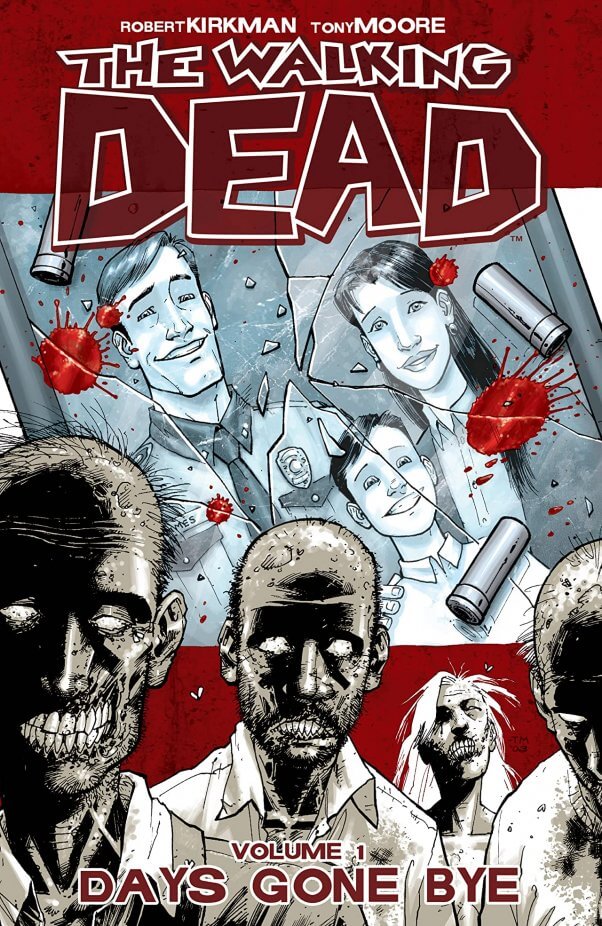 This three-part miniseries by comic book royalty Grant Morrison and Frank Quitely tells the story of three animals who have been altered by the government to become killing machines. The escaped animals embark on a search for “home”—wherever and whatever that may be. It’s a beautiful, trailblazing series. 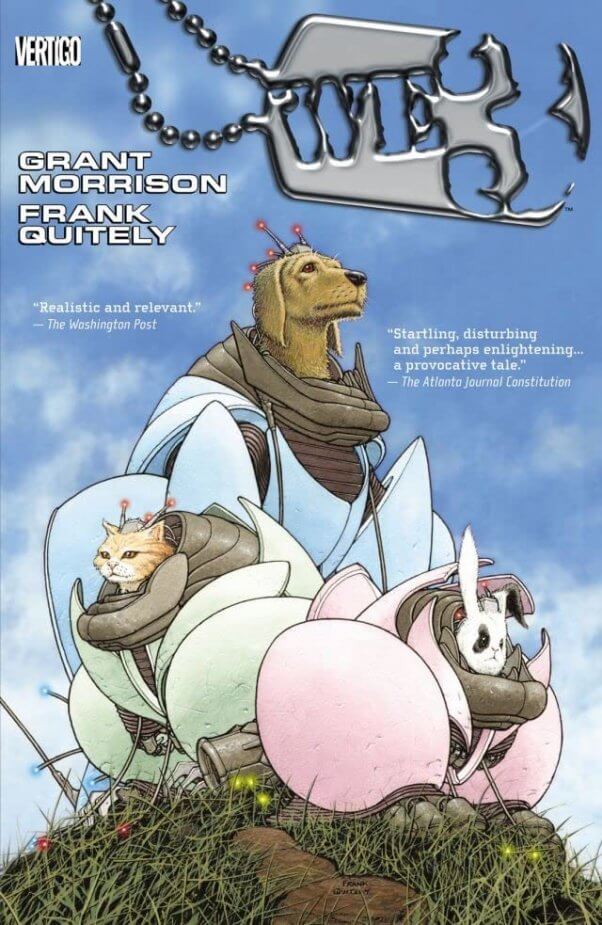 Chew follows detective Tony Chu (get it?) of the U.S. Food and Drug Administration. Tony is a “cibopath,” or someone who has psychic visions of whatever he eats. That means if he eats an apple, he sees the apple’s whole existence—and if he eats an animal, well, it’s not too pleasant. 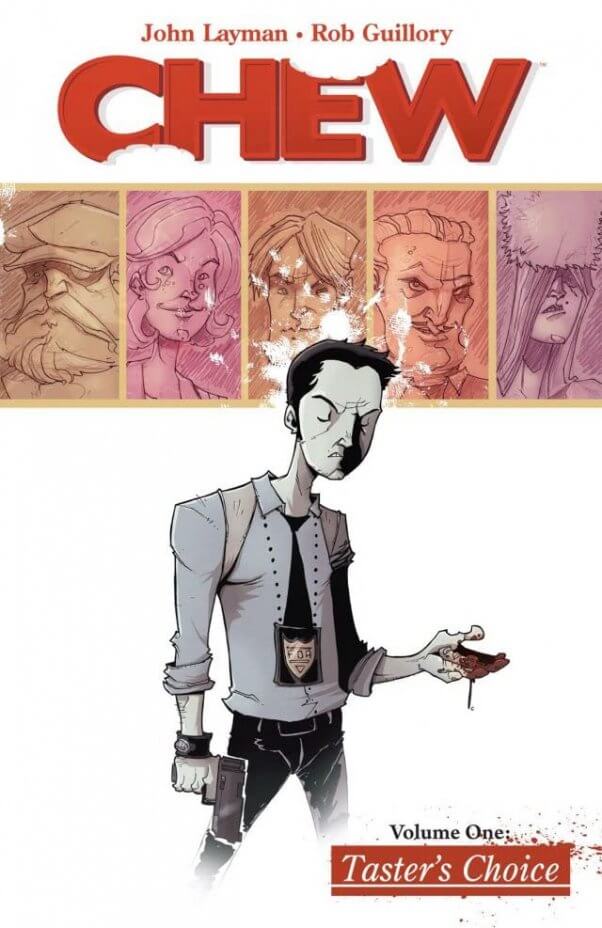 Pride of Baghdad is the real-life story of four lions who escaped from the Baghdad Zoo after a 2003 American bombing. The discussions that the lions have—about whether they are better off in the zoo or outside and what makes for a fulfilling life—are what we all should be having about animals in captivity. 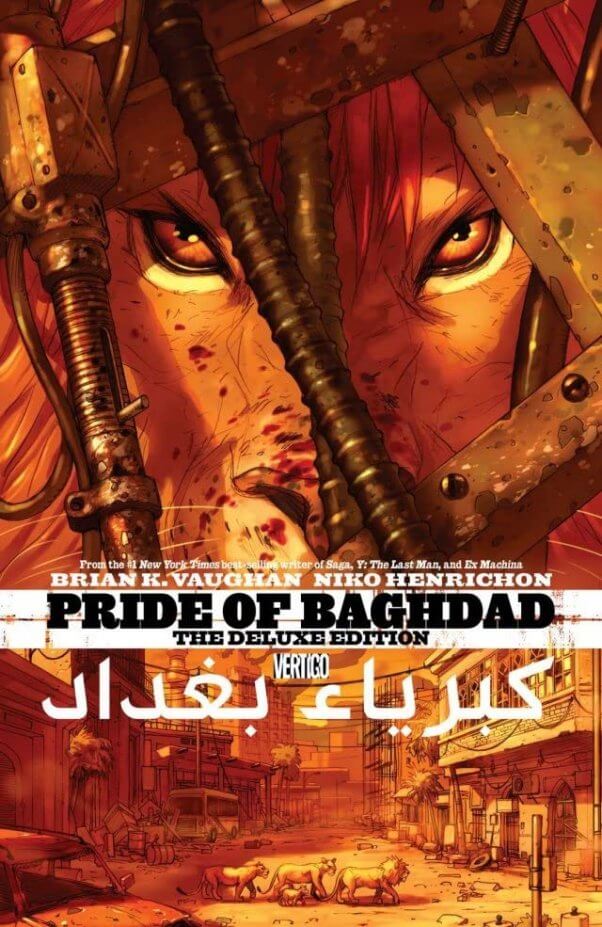 Animal Man has the power to use the abilities of animals (such as flight and the proportionate strength of an ant). First made popular by Grant Morrison in the 1980s, the series is making another critically acclaimed comeback under Jeff Lemire. Animal Man is a dedicated activist and vegetarian who saves the world, like, all the time. 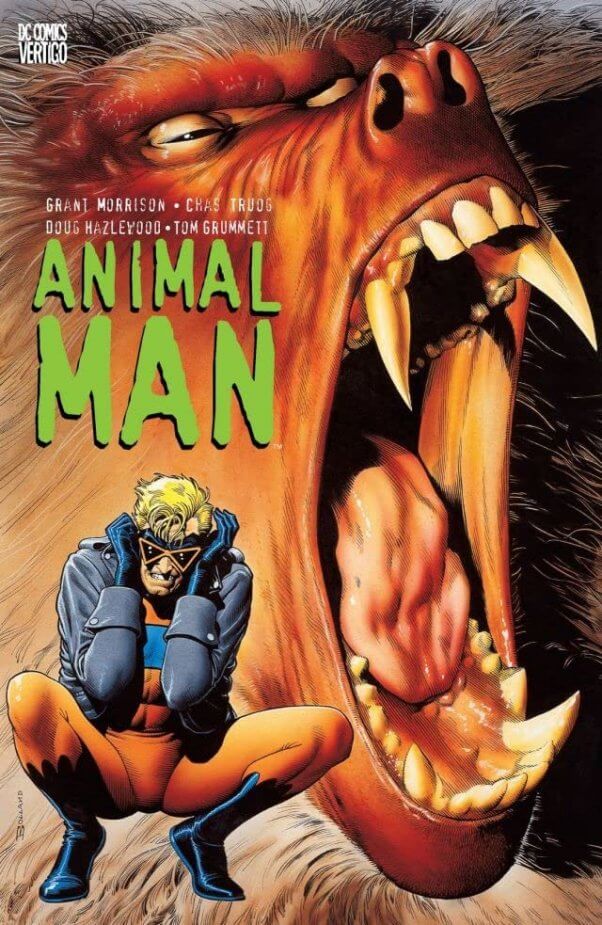 Matt Miner and Javier Sanchez Aranda’s Liberator tells the story of two animal activists who sneak into dogfighting compounds and animal testing facilities to liberate the animals and make life difficult for their abusers. Of course, we’d never advocate this kind of activity, but it sure is fun to read about. 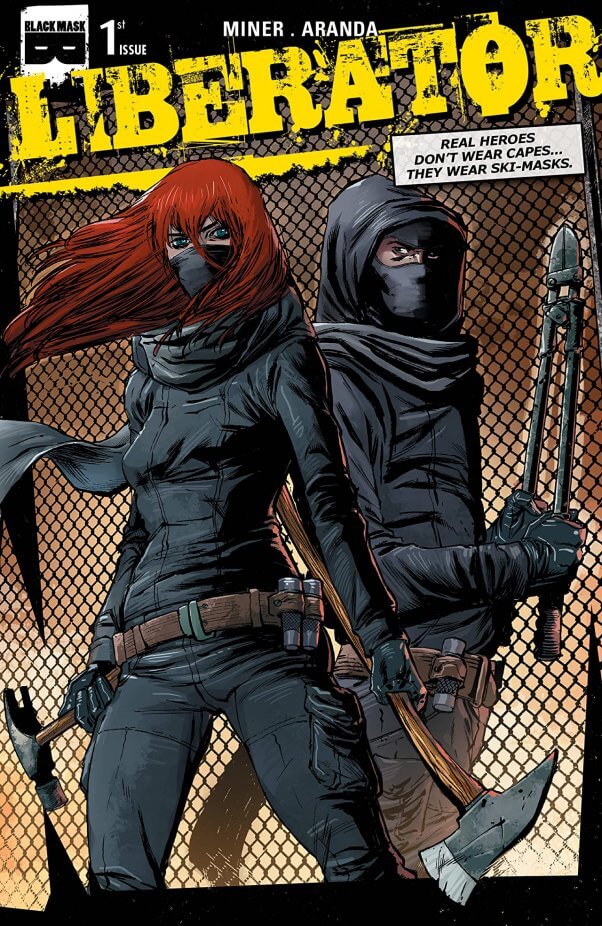 What if chickens could suddenly talk, as humans do? That’s the question author and artist Gerry Alanguilan explores in the excellent series Elmer. It recounts the decades of civil struggles following a mysterious event in which chickens suddenly gain human-level intelligence. 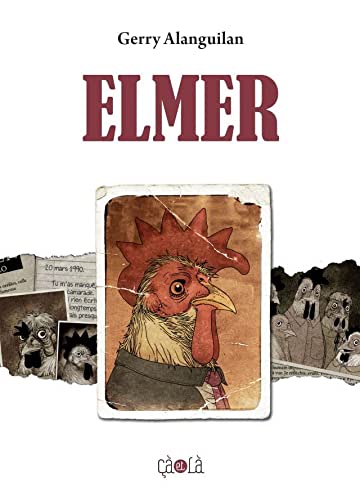 In Mark Waid’s classic take on the Man of Steel’s origin story, Superman has the power to “see” the life leave a human or animal’s body, which in turn, encourages him to go vegetarian. So the next time that you’re convincing someone to go vegetarian, just tell them that Superman went, too. 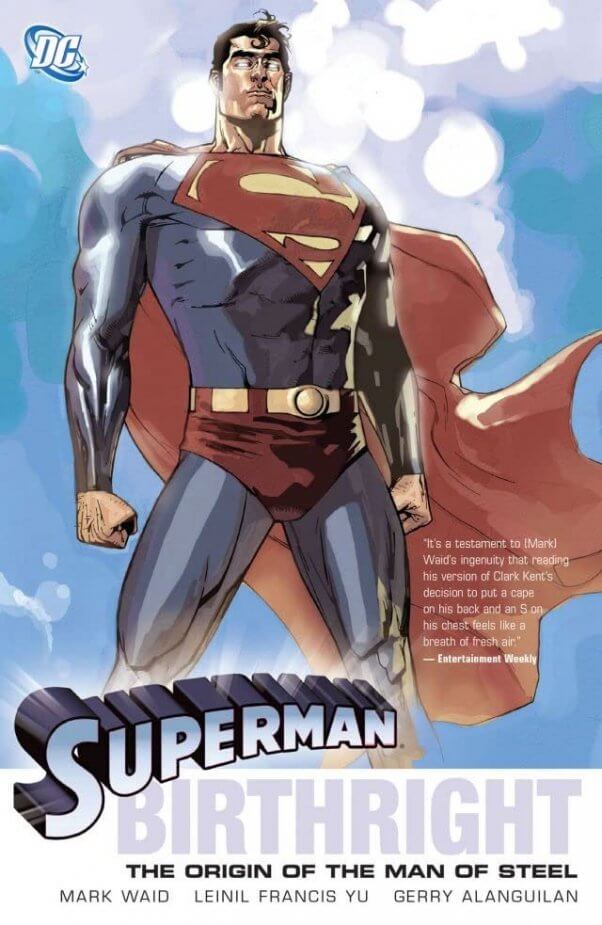 If you’re inspired to do everything you can to help animals, pay it forward by passing on these comics to your friends and family after you’ve read them. Together, we can end speciesism and create a world in which every animal is treated with respect and dignity.

Wondering how you can learn more? Find books about animal rights and check out our list of animal rights movies that you can stream in the comfort of your own home. Head to our rapid-action pages for a quick and easy way to help animals who are suffering: