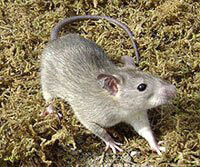 Many people find that domesticated rats, who are descended from wild Norway rats, are affectionate, intelligent, and sociable animals, not that different from dogs. But others fear rats and don’t want them in their buildings, so they resort to cruel methods of controlling rat populations.

Rats, like mice, are found throughout North America. They are nocturnal, and they can enter a building through quarter-size holes.

Rat-proofing a building is the only sure way to deter rats. Killing them will only cause other rats to move into the newly available spaces. After rat-proofing your building, give the remaining animals a chance at life by live-trapping and releasing them outdoors.

To rat-proof a building, put all food and garbage in sturdy, well-sealed containers that rats can’t gnaw through. (You may want to move some foods from the cupboards to the refrigerator.)

Feed companion animals indoors and pick up the dishes when they have finished eating. Do not feed wild birds except during emergencies, such as blizzards, that prevent them from foraging for themselves.

Stack wood in tight piles away from the house. Bushes and plants should be weed-free and at least 18 inches away from the house so that there will be a clearing between them and the building. Seal holes larger than 1/4 inch in diameter, cracks in the walls and floors, and spaces around doors, windows, and plumbing.

After rat-proofing the building, live-trap and remove any rats still inside.

To capture rats, smear some peanut butter on a piece of cardboard. Place this in the back of the trap and set the traps along walls in areas frequented by the rats—i.e., places where you’ve seen droppings in the past.

Be sure to check the traps hourly! The little animals will be hungry, thirsty, and frightened, and they may die if left in the traps too long. Traps should be disabled when not in use and during cold weather. Release rats within 100 yards of where they were caught. Releasing a rat into a strange area will almost surely result in his or her death.

In urban areas, rats can be euthanized by barbiturate injection by a veterinarian or a qualified animal-shelter technician.

Many hardware stores carry live traps. But you can also make your own effective, humane rat trap with a garbage can. Here’s how:

If your local hardware store carries poisons and sticky glue traps, which cause rodents and other animals intense suffering and agonizing deaths, urge the manager to carry humane live traps instead. 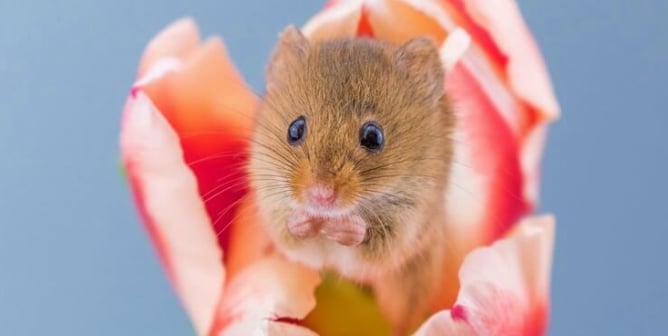