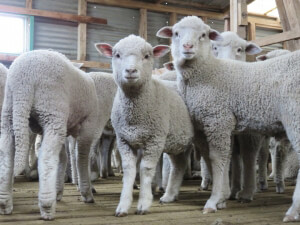 Sheep are gentle individuals who, like all animals, feel pain, fear, and loneliness. But because there’s a market for their fleece and skins, they’re treated as nothing more than wool-producing machines.

If they were left alone and not genetically manipulated, sheep would grow just enough wool to protect themselves from temperature extremes. The fleece provides them with effective insulation against both cold and heat.

Shearers are usually paid by volume, not by the hour, which encourages fast work without any regard for the welfare of the sheep. This hasty and careless shearing leads to frequent injuries, and workers use a needle and thread to sew the worst wounds shut—without any pain relief. Strips of skin—and even teats, tails, and ears—are often cut or ripped off during shearing.

A PETA investigation of more than 30 shearing sheds in the U.S. and Australia uncovered rampant abuse. Shearers were caught punching, kicking, and stomping on sheep, in addition to hitting them in the face with electric clippers and standing on their heads, necks, and hind limbs. One shearer was seen beating a lamb in the head with a hammer. Another even used a sheep’s body to wipe the sheep’s own urine off the floor. And yet another shearer repeatedly twisted and bent a sheep’s neck, breaking it.

In Australia, where more than 50 percent of the world’s merino wool—which is used in products ranging from clothing to carpets—originates, lambs are forced to endure a gruesome procedure called “mulesing,” in which huge chunks of skin are cut from the animals’ backsides, often without any painkillers.

Within weeks of birth, lambs’ ears are hole-punched, their tails are chopped off, and the males are castrated without any painkillers. Male lambs are castrated when they are between 2 and 8 weeks old, either by making an incision and cutting their testicles out or with a rubber ring used to cut off blood supply—one of the most painful methods of castration possible. When the lambs’ testicles don’t fall off as expected, shearers often just cut off them with clippers. Every year, hundreds of lambs die before the age of 8 weeks from exposure or starvation, and mature sheep die every year from disease, lack of shelter, and neglect.

Unwanted Australian sheep are shipped to the Middle East on crowded multilevel ships. These voyages, which can last weeks, go to countries where animal welfare standards are non-existent. The suffering sheep are dragged off the ships, loaded onto trucks, and dragged by their ears and legs to slaughterhouses—which are often unregulated—where their throats are slit while they’re still conscious.

No amount of fluff can hide the fact that anyone who buys wool supports a cruel and bloody industry. There are plenty of durable, stylish, and warm fabrics available that aren’t made from wool or animal skins. Please join the millions of people all over the world who know that compassion is the fashion. Save a sheep—don’t buy wool. 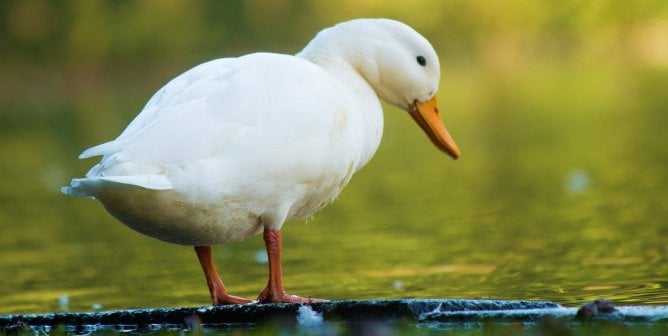 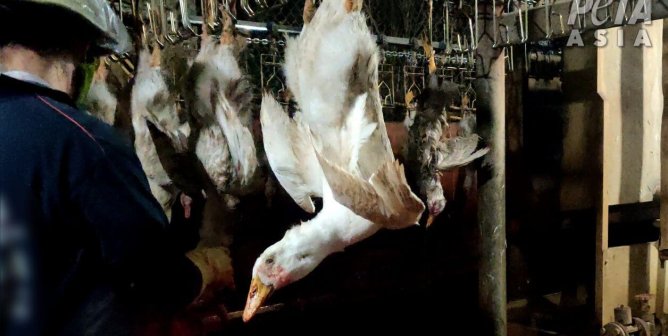