Below is just a sampling of some of the horrible fates that have befallen stray, feral, and free-roaming cats. Countless others have died frightened and alone under porches or behind dumpsters, without anyone ever noticing what became of them. 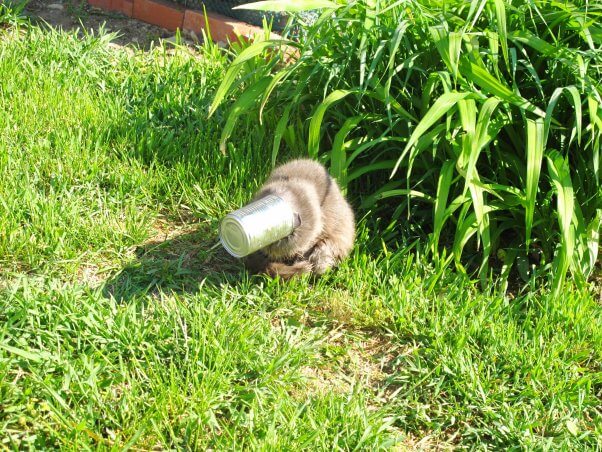 November 2011/Honolulu, Hawaii: Two cats with barbed darts “embedded into their bodies” were found by the feral cat colony “caretaker” who had been feeding them. One of the animals could barely walk. The caretaker said at least four cats were injured, and more were either dead or hiding and suffering with injuries, because fewer cats have been showing up to eat.

October 2011/Tampa, Florida: Hillsborough County Animal Services was investigating at least three separate poisoning cases of homeless cats in Tampa. A man who was reportedly frustrated with homeless cats for damaging his strawberry plants was suspected of poisoning at least four of the animals, who ate from bowls filled with pellets of rat poison mixed with canned cat food and treats. In another part of town, six cats died after eating cat food soaked in radiator fluid. In the third case, frustrated neighbors reportedly used mothballs to poison cats in a colony registered with the county.

October 2011/Santa Fe, New Mexico: The bodies of more than a dozen feral cats who were being fed behind a strip mall were found strewn about the parking lot after being intentionally fed rat poison.

October 2011/Port Chester, New York: A pellet from a pellet gun was found lodged in the neck of a homeless cat who reportedly “hangs around” a Port Chester neighborhood.

October 2011/Baltimore, Maryland: A badly burned homeless cat required euthanasia after being set on fire. According to a news report, “several other stray cats could be found in the trash-strewn alley” where the cat was found on fire.

September 2011/South Bend, Indiana: According to a news report, a trap-neuter-release advocate stopped returning cats to the streets after a cat she was feeding was shot with a pellet gun and became partially paralyzed. A television news story also reported that some people in the neighborhood said that they “don’t think anybody should be punished severely for shooting one of the feral cats that they say are a nuisance.”

August 2011/Honolulu, Hawaii: Three feral cats were shot to death with a pellet gun, and several more were injured.

August 2011/Oregon City, Oregon: Six cats were found dead in one two-block area in the city. Veterinary examinations determined that the cats were poisoned with antifreeze, which is often mixed with cat food by angry residents and animal abusers.

July 2011/Cumberland, Maryland: Approximately 20 cats were killed with a corrosive poison that melted the paper plates that were used to set out the poison for the cats, who were part of a large “managed” colony being fed at Constitution Park.

June 2011/Lawrence, Kansas: A homeless cat was trapped and shot twice at a Lawrence residence.

June 2011/Clark County, Washington: Joyriding teenagers shot at least 100 cats before being arrested. The cats were shot with a .22 caliber rifle that belonged to one of the teens’ parents.

May 2011/Hempfield Township, Pennsylvania: The “caretaker” of a colony of feral cats reported that the animals were being poisoned and shot with BB guns, apparently by neighbors who “were tired of them being in their yard, digging up and going under their trailers.”

May 2011/Lancaster County, Nebraska: A skittish so-called “barn cat” was shot with an arrow. The barn owner said, “My husband found her, and the arrow was through her. And her intestines were out, and she was alive.”

May 2011/Wailuku, Hawaii: A band of four partiers shot and killed three feral cats with bows and arrows at Iao Valley State Park. The cats were being fed by a local woman who left them outdoors unprotected.

April 2011/Santa Cruz, California: A Santa Cruz couple came to the conclusion that cats are safer indoors after their cat, Max, came home with an arrow shot straight through his head.

April 2011/Dover, New Hampshire: A resident found a cat in her carport who was badly injured by an arrow that had been shot into the animal’s stomach. The cat had reportedly suffered horribly. The animal’s owner was found and reported that the cat had “been missing” for about four days.

March 2011/Dunnellon, Florida: Neighbors who had been feeding a stray cat assumed that he belonged to someone. But after he was shot in the chest with a bow and arrow, it was clear that he was homeless. The frightened and injured cat roamed the neighborhood with an arrow skewering his midsection for more than a week until he was able to be captured in a large dog trap (cat traps were too small to fit both cat and arrow). By the time he was admitted to a veterinary hospital, he was in critical condition.

February 2011/Afton, Tennessee: WBIR Television reported that three teens went on a shooting spree for more than six hours, resulting in the deaths of 12 cats living in a large “managed colony.”

Take a look at even more reasons never to let your cat outside unattended, and pledge to keep cats safe indoors.