All caged birds were either captured or bred in captivity. In the wild, these beautiful beings are never alone. If they become separated from their flockmates for even a moment, they call wildly to them. They preen each other, fly together, play, and share egg-incubation duties. Many bird species mate for life and share parenting tasks. The evidence of their close companionship and concern for one another is plain to see. 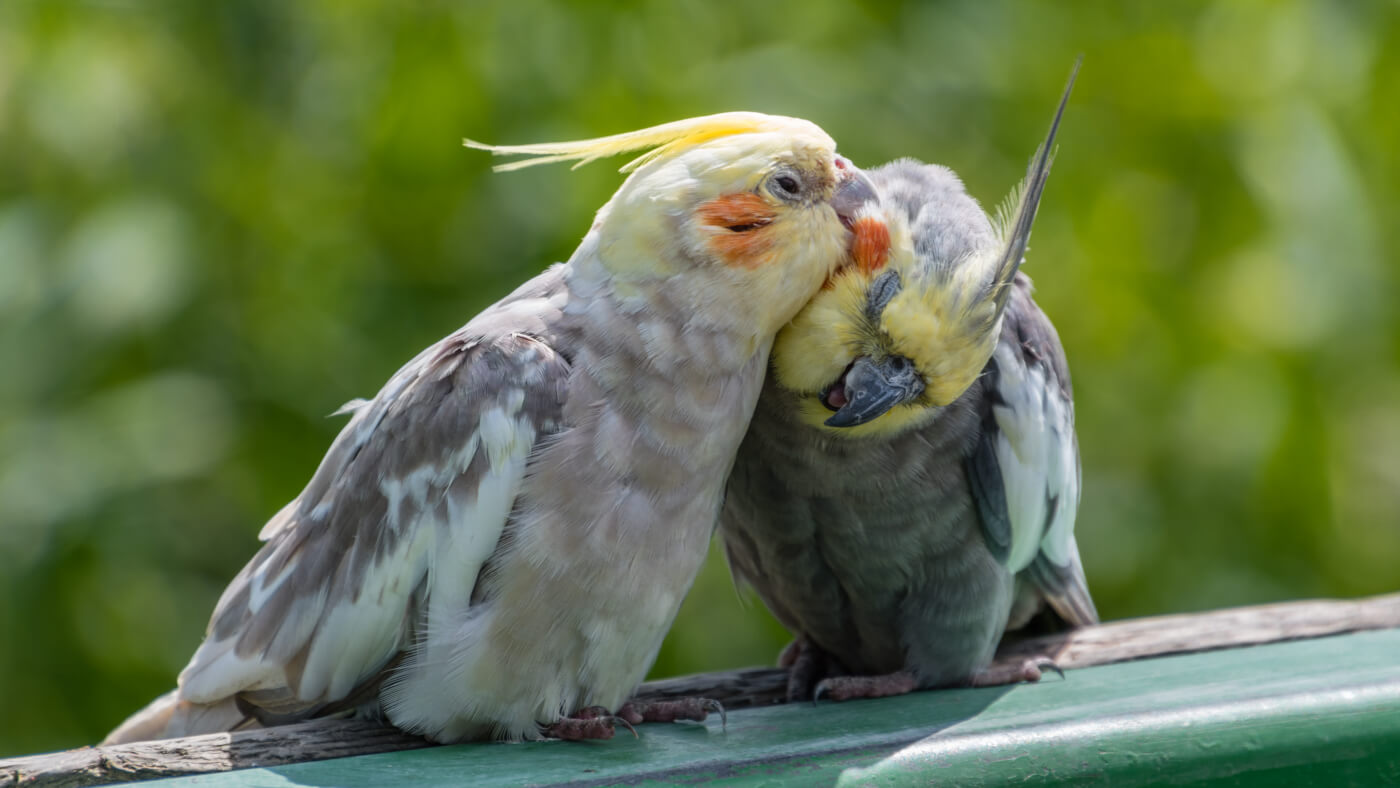 Unfortunately for birds, the very qualities that we find admirable and fascinating about them—their brilliant colors, speech capabilities, intelligence, playfulness, and loyalty—have made them the third most popular type of animal companion in the U.S. It’s estimated that 40 million birds in the U.S. are kept caged and often improperly cared for—bored, lonely, and a long way from their natural homes.

Many people buy birds on impulse and don’t have a clue how much time, money, and energy is needed to care for them on a daily basis. Birds are as messy and destructive as puppies—something irresponsible breeders and retailers often won’t explain to customers.

And unlike puppies, birds continue this behavior for 15 to 75 years. Additionally, caged birds can be extremely loud and demanding and sometimes severely bite their caretakers. Because most customers aren’t prepared for an animal companion who is as curious, needy, and demanding as a 2-year-old child, countless birds spend their entire lives trapped inside a cage that’s too small in the corner of a living room, basement, or garage, unable to use or stretch their wings and deprived of the vital companionship of other birds.

Like dogs on chains, caged birds crave freedom and companionship, not the cruel reality of forced solitary confinement for the rest of their very long lives. 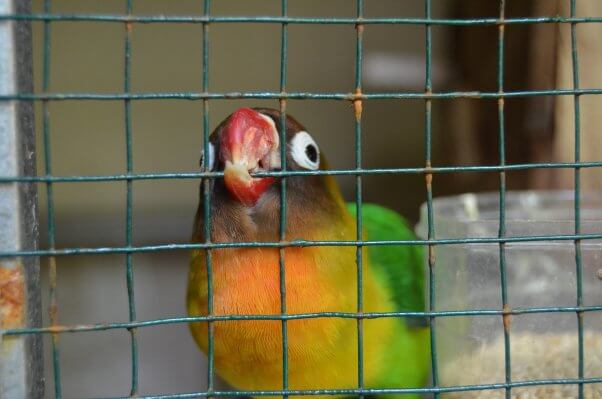 Driven mad from boredom and loneliness, caged birds often become aggressive and self-destructive. They pull out their own feathers, mutilate their skin, incessantly bob their heads and regurgitate, pace back and forth, peck over and over again at cage bars, and shake or even collapse from anxiety. Even if a previously caged bird comes into a home in which he or she is allowed a rich, active life, this behavior persists and is extremely difficult to extinguish.

The Truth About Bird Suppliers

Just as there are puppy mills, there are now enormous bird factories where breeders warehouse thousands of parrots and other exotic birds and remove their offspring in order to sell them to pet stores. These birds are frequently confined to dirty, dimly lit cages, where they are unable to fully stretch their wings. 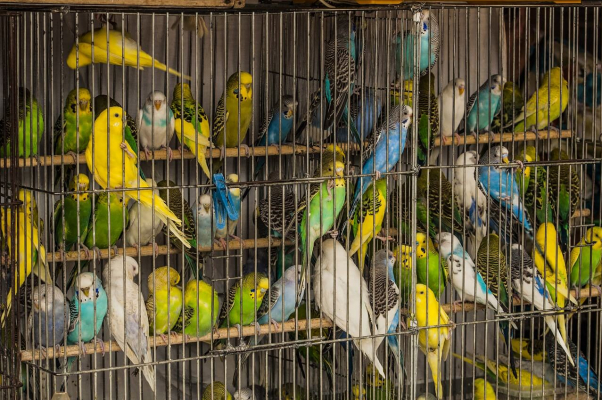 A parrot-breeding operation in Washington state—which a veterinarian described as a “concentration camp” and where, according to news sources, birds “lived in cold, wet, filthy conditions for years”—remains open and continues to raise birds for the pet trade. The same lack of caring has been reported at breeding facilities across the country.

Wild-caught parrots are also prime commodities in the multibillion-dollar illegal wildlife trade. Hardly a week goes by without another story of a bird smuggler who was caught with parrots in the air vents of his or her car, of small parrots being smuggled in jacket pockets, or of any of hundreds of other usually deadly schemes to import these valuable birds illegally. While many smugglers are caught, most are not, so thousands of uninspected—and frequently sick and terrified—birds enter the companion bird trade each year.

When the Novelty of Caged Birds Wears Off

When the birds who seemed so cute and lovable in pet stores turn out to be noisy, messy, and demanding of people’s attention, many are later abandoned, and few live out their natural life spans. About 85 percent of parrots are resold, given away, or abandoned within two years of being purchased. If they are ignored, they suffer in isolation and may become even noisier, more aggressive, or more despondent.

Caged companion birds are typically not native to the areas where they reside. They cannot be released simply by opening a window and letting them fly away (which would be considered a crime of abandonment in most states). Without the proper climate, food sources, and habitat, escaped or released captive birds become prey for free-roaming cats and wildlife or are doomed to suffer lingering deaths because of exposure, starvation, or injuries.

Responsible rescue groups, animal shelters, and sanctuaries can only place or care for a small percentage of these unwanted birds. To complicate matters further, some alleged “sanctuaries” are actually thinly disguised breeding colonies or hoarding situations in which birds are housed in extremely crowded conditions, receive minimal care and attention, and may even be sold back into the pet trade.

If you or a friend have a lot of time and resources and remain determined to have a bird companion, please adopt a homeless one from a shelter or rescue group, but only after fully researching their dietary, behavioral, and other needs. You are in for a great deal of work!

Buying birds from pet shops contributes to a horrible cycle of disease and abuse, so to appreciate birds without buying and caging them, consider creating your own backyard sanctuary.