The evidence couldn’t be more yolk and white: Eggs belong to chickens, not humans. Vegan eggs are for humans and chicken eggs are for chicks. 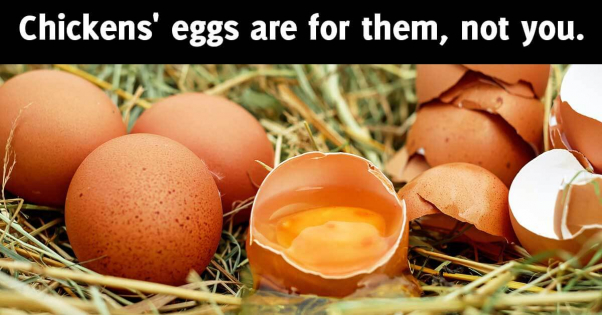 Are Eggs Good for You?

If you’re thinking about chicken eggs, the answer is clear: No! Chicken eggs, which are a natural part of chicken menstruation, are not meant for humans. Hens aren’t egg machines—they’re mothers. 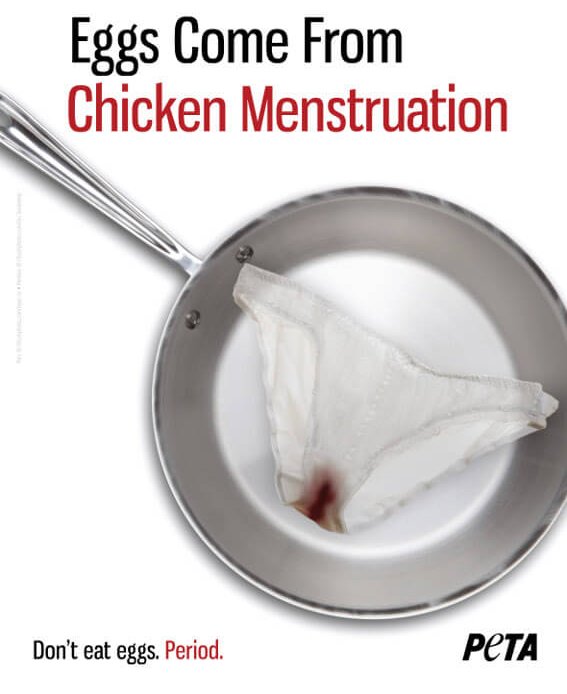 Whether sold by the dozen in grocery stores or bundled at farmer’s markets, eggs are a product of cruelty. The egg industry exploits hens, steals their eggs, and crams them into metal wire cages or sheds. Dismissing the suffering of chickens simply because they don’t look like us is speciesist and wrong.

However, one type of egg is kind to both hens and your heart: vegan eggs. Most animal-free eggs are also cholesterol-free, and all are free from bloody practices in the egg industry.

Where to Buy Eggs? (The Vegan Kind, of Course)

This company is good with the spin but still jam-packs millions of chickens in buildings where they’ll never set foot outdoors. Hens are caring mothers who “talk” to their chicks before they hatch and teach them to recognize their mother’s voice in a flock.

Leave the dozen in the dairy case and opt for the VeganEgg. You’ll help spare hens a lifetime of misery and lower your risk of cardiovascular disease, too. This egg made from soy protein can create a fluffy omelet, a proper English breakfast, or jalapeño poppers—see other magic recipes here.

This two-faced brand tried to deceive consumers about its so-called “free-range” eggs—but PETA’s eyewitness footage tells another story. Take a look at the way hens really lived on a farm that supplied eggs to Nellie’s—which are “Certified Humane.”

About 376 million hens are raised for eggs in the U.S. every year. Many of these inquisitive birds are crammed into cages or sheds, and all of them are loving mothers exploited for profit.

DO let us know if you were misled by false claims about “free-range” eggs.

Were You Duped by ‘Cage-Free’ Eggs?

All farms get their chickens from hatcheries, where male chicks are mercilessly killed as the industry does not see them as profitable. More than 100 million male chicks are killed by the egg industry every year. They’re typically tossed into trash bags to suffocate, gassed, or ground up alive.

DO opt for the Zero Egg.

Choose an egg that scrambles and bakes into frittatas instead of a breakfast that’s a death sentence for chicks. These powdered vegan eggs are made from a unique blend of plant proteins, including chickpeas and soy.

A PETA investigator documented that hens had no place to stand or lie down except on the wire flooring of their cages. Unable even to spread their wings in severely cramped conditions, many hens resorted to pulling out their own feathers. Workers at this factory beat chickens against metal boxes and gassed them before dumping them—some still alive—into trucks.

This liquid vegan egg will please your palate. Made from lupin beans, it works well in everything from a breakfast scramble to baked goods.

In one incident, PETA’s undercover investigator found a severely injured hen still alive in a trash bin. A supervisor had clumsily attempted to kill the bird and then let her languish for two more days before another worker finally killed her. One worker was seen pulling a live hen’s head off.

DO pick up PETA’s favorite vegan eggs that are kind to chickens.

Check out these easy cooking replacements like applesauce or ground flaxseed for all your baking needs. BeLeaf’s vegan fried egg, made from only natural ingredients, is the perfect topper for a breakfast scramble or sandwich.

Crack the Cruelty With Vegan Eggs

The most meaningful action that you can take to help chickens is to stop eating them and their eggs. Instead of thoughtlessly boiling an egg, consider how hens care for their young and how roosters recognize one another—and speak up for chickens suffering in the food industry with the click of a button: 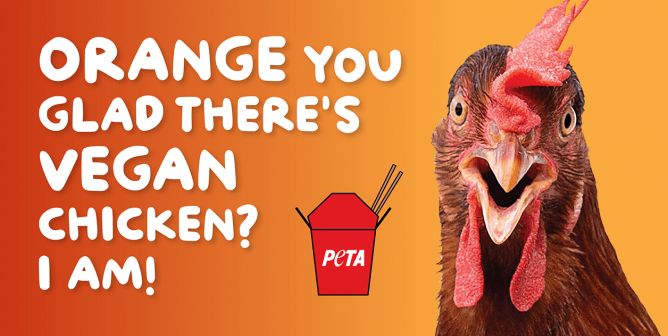