Unfortunately, UW-Madison’s abusive treatment of Double Trouble was not an anomaly. Nearly every cat who has been subjected to this experiment has suffered from chronic infections as a result of the traumatic head and eye wounds that experimenters inflict upon them. To make matters worse, the cats imprisoned in this laboratory are coerced to cooperate in experiments by starving them of food for up to six days at a time. A U.S. Department of Agriculture report prompted by a PETA complaint found that there was a “pattern of recurring infections” at this laboratory and that some cats had such serious health complications that they had to be euthanized. One cat, NJ, had to have her eye cut out because of an incurable infection caused by the metal coil implanted in her eye. A separate report by the National Institutes of Health found that UW did not take proper steps to avoid and provide treatment for these infections, and the agency ordered the laboratory to halt the experiments for six months and implement major reforms.

Here are the disturbing stories of cats who were tormented in this experiment during the same time period as Double Trouble, some of whom have been imprisoned there fore more than a decade:

Cali (aka “G12”) was a short-haired cat whom experimenters repeatedly injected with a highly toxic chemical in a crude attempt to intentionally deafen her. According to UW-Madison’s records, Cali’s health precipitously declined over the next several days. Her eyes were squinting; she became depressed, thin, and dehydrated; and experimenters had to force-feed her to keep her alive. Eventually, she could not stand on her own, and experimenters euthanized her.

Broc (aka “Cat 21”) is a short-haired gray and white cat who had a metal post screwed to her skull that caused an open wound, which, according to UW-Madison’s records, had “thick/purulent discharge” and “serious seepage.” She became withdrawn, dehydrated, anorexic, agitated, lethargic, and depressed and repeatedly had digestive problems. In 2012, UW staff failed to notice that Broc’s skin had come into contact with a scalding-hot heating pad, and Broc was burned so badly she needed surgery to treat the wound. UW-Madison was cited for violating the federal Animal Welfare Act as a result of this negligence. 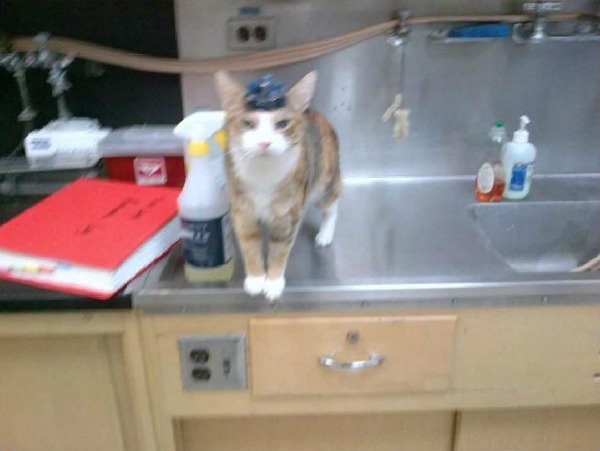 Daisy (aka “Cat 31”) is a short-haired tabby cat who underwent the typical nine-hour surgery to implant metal coils in her eyes and ears and to screw a steel post to her skull. According to UW-Madison’s records, Daisy lost 32 percent of her body weight when the laboratory intentionally starved her, and she suffered from repeated bacterial infections in her eyes and head.

Slinky (aka “Cat 26”) is a short-haired tabby cat who had metal coils implanted in her eyes and ears and a steel post screwed to her skull. Afterward, according to UW-Madison’s records, her face became severely swollen, “extend[ing] from eyes to ears on both sides.” Eventually, Slinky’s infection became so severe that UW staff had to euthanize her.

Timmy (aka “Cat 33”) is a white and grey cat who underwent surgery to have a steel post screwed to her skull and metal coils implanted in her eyes. Afterward, according to UW-Madison’s records, her skin sutures did not hold together, her wound opened, and her skull was exposed. Her eye coils also caused irritation and had to be repaired. 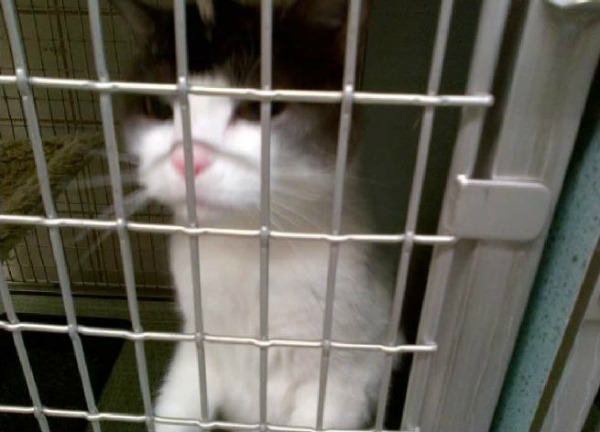 Patches (aka “G04”) was, according to UW-Madison records, a short-haired white, black, and red cat who developed swollen ears following her surgeries, but UW-Madison staff failed to pursue treatment. According to UW-Madison’s records, an abscess developed the following month. Later, a purulent discharge was repeatedly observed around her head post, antibiotics were administered, and Patches was eventually euthanized.

Marble (aka “G03”) was a short-haired calico cat who developed a purulent discharge around her steel-post head implant that UW-Madison staff noticed was emanating a “strong odor.” According to UW-Madison’s records, her overall health deteriorated, she was observed “not moving around,” and she was eventually euthanized.

Tiger (aka “Cat 32”) is, according to UW-Madison’s records, a blue and white cat who underwent surgery to have a steel post screwed to her skull and coils implanted into her eyes and ears. Following her surgery, according to UW-Madison’s records, her eyes were squinted, with bloody discharge present, and her head became swollen. Experimenters tried replacing her eye coils, but discharge was still present. 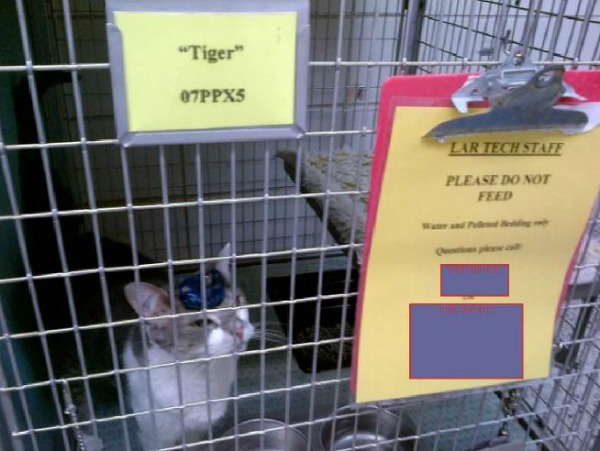 Mama Grey (aka “Cat 28”) was a blue short-haired cat whom UW-Madison staff noted was very thin as a result of her chronic starvation. According to UW-Madison’s records, following surgery her head-post wound became infected, her eyes squinted shut, and she became lethargic. She was repeatedly observed rubbing her eyes, indicating discomfort, and she was eventually euthanized.

Like the cats with whom millions of us share our homes, the cats used in these experiments are sensitive individuals who should be treated with respect and protected from abuse.

The Most Charges and Defendants in Any Case of Cruelty to Factory-Farmed Animals in the U.S.—How PETA Squared Up to Plainville Farms