We want the best for our friends and family—and in terms of sparing animals’ lives, protecting the environment, and feeling great, the “best” means going vegan. When we choose to live compassionately and persuade others to do the same, a domino effect of positive change is felt globally. When just one friend goes vegan, here’s what happens.

Your pal will spare the lives of nearly 200 animals a year just by not eating them.

Each year in the U.S., billions of animals are killed for food. There’s simply no easier way to help animals and prevent suffering than by choosing vegan foods over meat, eggs, and dairy ones.

Encouraging friends to go vegan could help them be healthier and live longer.

The World Health Organization linked red and processed meats to colorectal, pancreatic, and prostate cancer. Research suggests that people who eat vegan are between 25 and 50 percent less likely to develop these types of cancer.

Men who follow a plant-based diet have a 35 percent lower risk of developing prostate cancer than those who don’t. Not eating meat also reduces a person’s chance of developing heart disease—the number one killer of Americans—by up to nearly a third.

You’ll have a friend to swoon over new vegan food with. 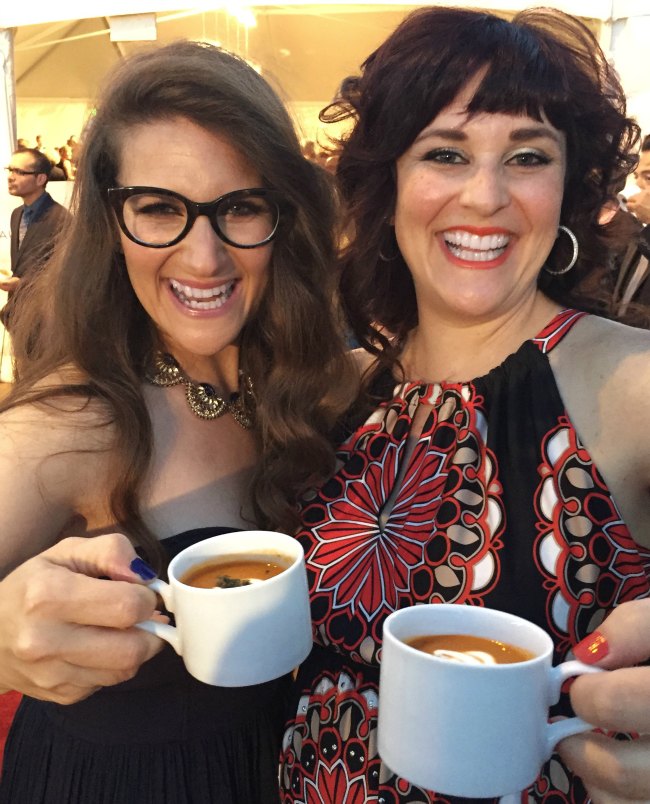 Whether at work, at home, or in our own social groups, it’s quite possible to feel like the only vegan alive. Having a friend on the compassionate journey with you is a great source of support—and your bond is sure to grow stronger. Think of all the new foods and places you’ll be able to enjoy together.

Once someone realizes that all beings feel pain, joy, grief, and pleasure, it’s difficult to view others’ lives as less significant. Going vegan makes folks reflect on their actions, and they’ll want to cause the least amount of harm to other living beings. 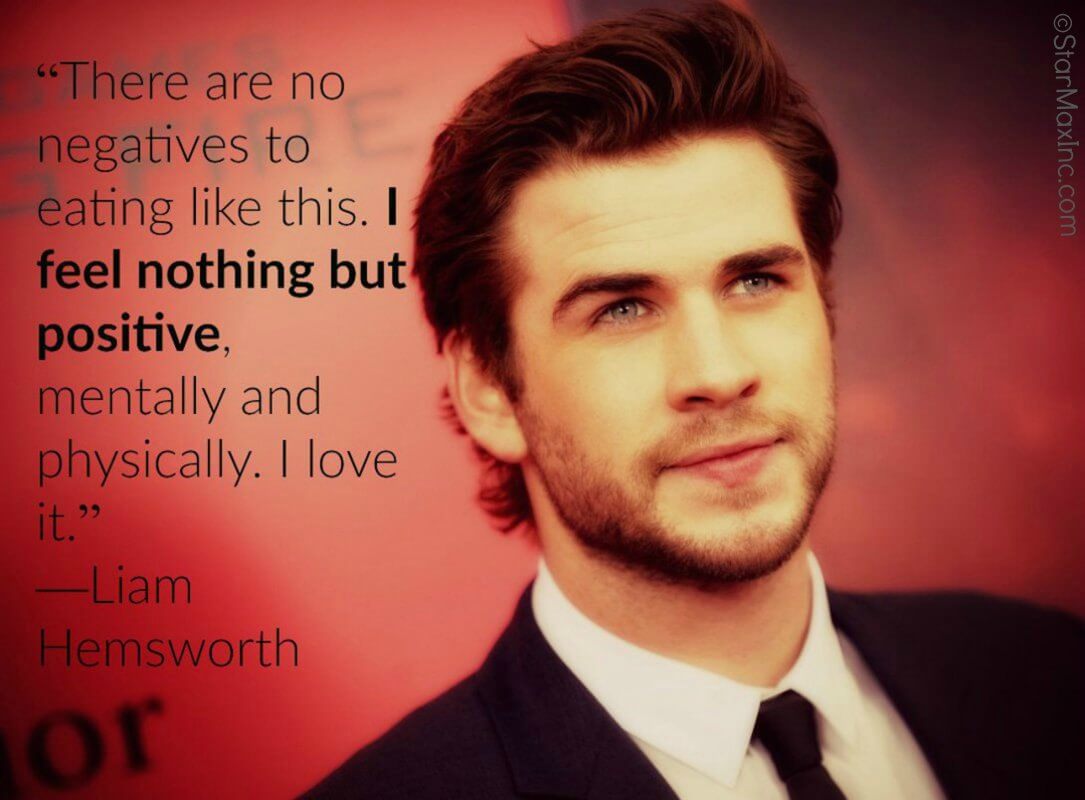 It’s hard to deny anyone the right to life when his or her intrinsic worth is recognized.

You’ll have someone on your side against annoying meat-eaters and animal abusers. 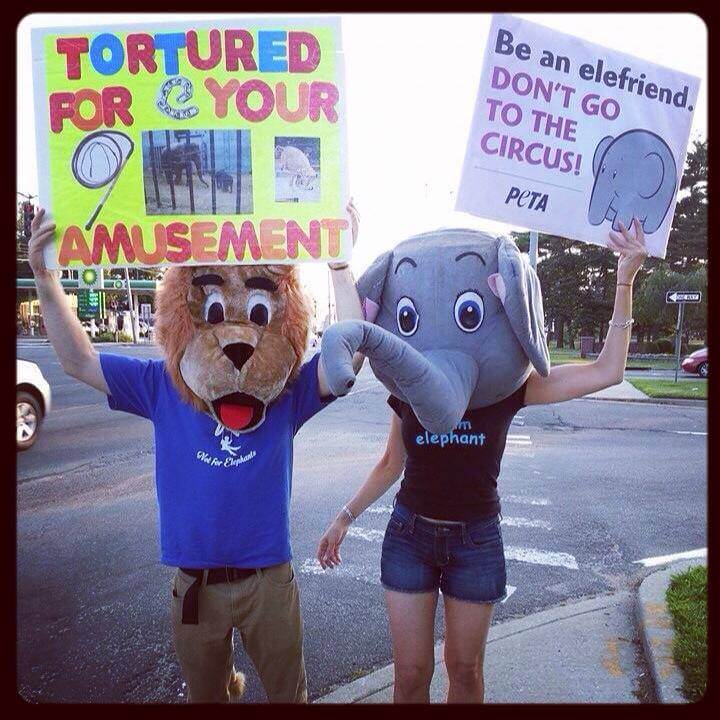 Having a vegan friend or family member makes taking a stand for animals easier. Vegan chums are more likely to share your beliefs, which means you’ll have a partner at the next SeaWorld or circus protest!

Your friend will help put the brakes on climate change and save the planet.

Animal agriculture is responsible for up to 18 percent of greenhouse gas emissions worldwide—that’s more than even transportation, which accounts for only 13.5 percent. 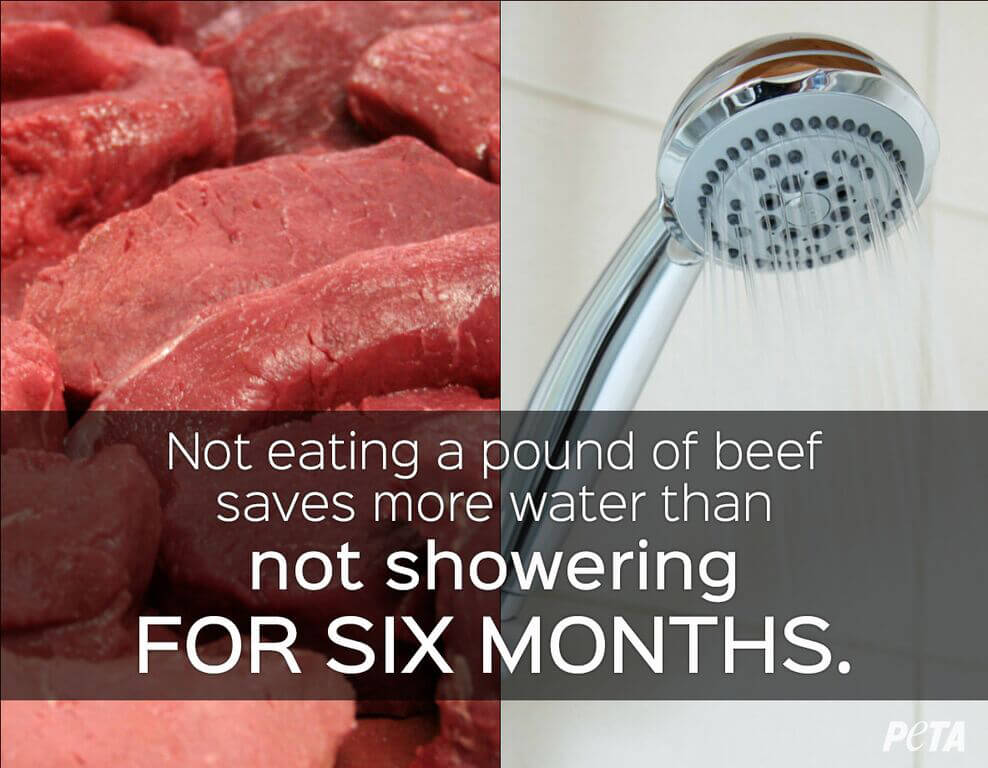 Water is key to all life, but the meat industry has no qualms about polluting the world’s water for profit. For instance, Tyson Foods, Inc., and its subsidiaries release more pollutants into waterways than ExxonMobil, DuPont, and Phillips 66 combined. The Environmental Protection Agency says animal agriculture is the number one cause of water pollution. 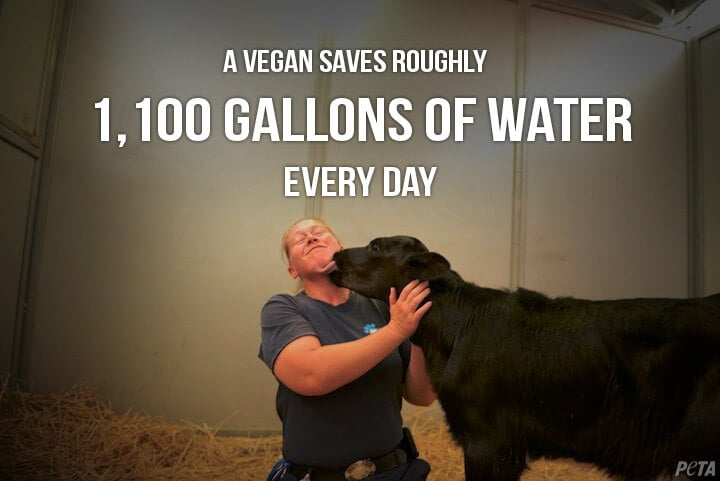 You and your vegan pal can even help solve world hunger.

Raising animals for food gobbles up precious resources and produces tons of waste, and it also deprives hungry people of food. Nearly half the world’s grain supply and 85 percent of all soy used globally is fed to farmed animals.

If we stopped intensively breeding animals for food and grew crops to feed humans instead, we could easily feed every human on the planet with healthy and affordable vegetarian foods.

It takes almost 20 times less land to feed someone on a plant-based diet than it does to feed a meat-eater.

Every minute, about seven football fields of land are bulldozed worldwide to create more room for farmed animals. Research suggests that we can blame the cattle industry for the majority of the world’s deforestation.

Your newfound vegan buddy makes a difference for wildlife, too.

Hunting animals for food disrupts migration and hibernation patterns and destroys families. In addition, land-use requirements for farmed animals are likely the leading cause of modern species extinction.

So even if you’re already vegan …

… you probably have friends and family members who aren’t. Remind them of the powerful impact that one person’s choices have on animals and the planet. Empower them in the new year, and guide them on their exciting journey!

Send a Vegan Starter Kit to a Friend Now!