14 Steps That Will Evolve Your Views on Eating Animals

Still not sure about the whole “not eating animals” thing? Then read on!

(Thanks to Matt Stopera of Buzzfeed for the inspiration.)

Step 1: Realize That You’ve Been Played by the Meat Industry 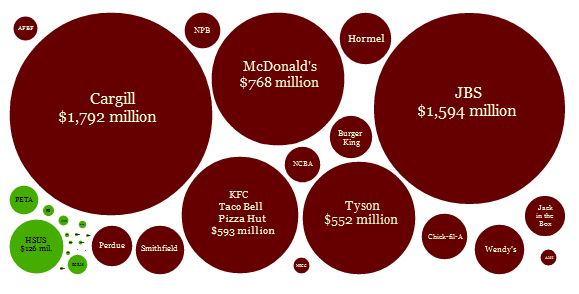 Step 2: Try to Imagine How Many Animals Are Killed for Food Each Year

That’s 108 billion animals. Can you even comprehend that? No, you can’t.

Commander William T. Riker explains that humans in the 24th century eat synthetic meat and “no longer enslave animals for food purposes.” Yeah, that’s Star Trek, but do you really think that we can’t come up with a way to feed ourselves that’s less harmful to animals, the planet, our own health?

Step 4: Stop Wondering Where Vegans and Vegetarians Get Their Protein 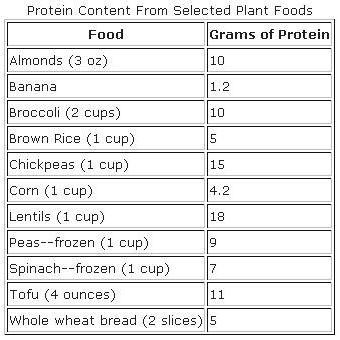 Meat isn’t good for you—meat alternatives such as those made by Gardein and Boca are way healthier.

Step 6: Let Go of the Idea That Vegetarians Are All Scrawny, Pasty Hippies 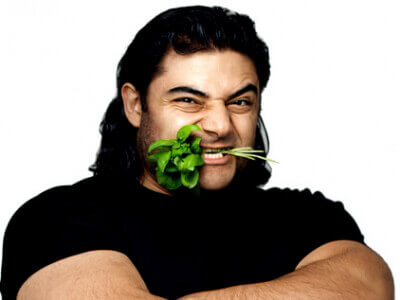 Step 7: Let Go of the Idea That Vegetarians Are All Huge, Muscular German Dudes

Step 8: Look Inside Your Dog’s Mouth

Your “canine” teeth and his are not the same. And there’s a good reason for that: Dogs evolved their teeth for tearing raw flesh and crunching bones. Ours evolved for chewing and breaking down plant material. 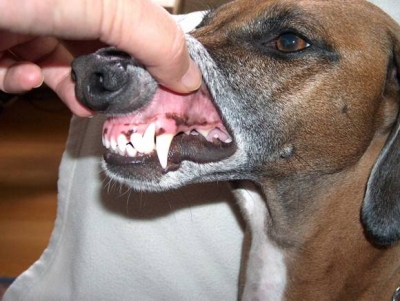 Read more about the biological argument for dumping meat from your diet here.

Loreen Dinwiddie, likely the oldest person in the state of Oregon at the age of 109, credits her vegan diet with giving her a long life.

“It’s all there in the Bible,” she says.

Step 10: Look at How Happy These Rescued Animals Are 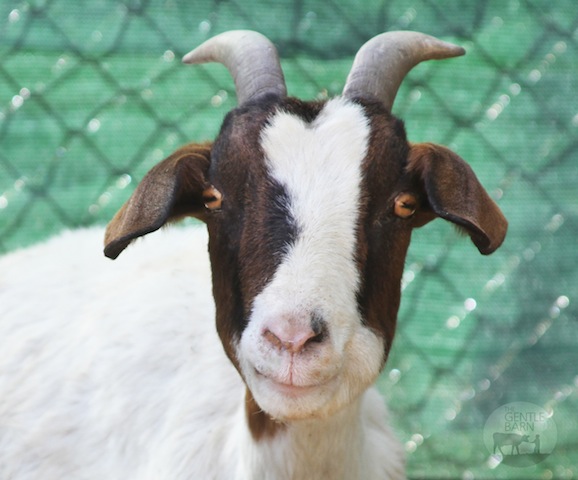 “Emily was rescued from a backyard butcher where she was starving, scared and very sick. When we brought her home it took a long time for her fever to break and for her to gain weight. Her nose ran for weeks and she looked so lethargic and depressed. Finally the life came back into her eyes and the hope came back into her heart. Now she is very friendly and follows us around for treats and attention.” —The Gentle Barn 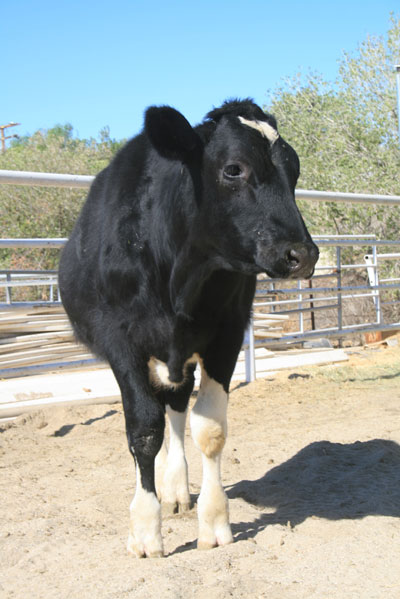 “Forgiveness was rescued from a veal crate after being too sick to stand. After months of high temperatures and racking coughs he survived. He has sweet, sad eyes that melt your heart and bring tears to your eyes.” —The Gentle Barn 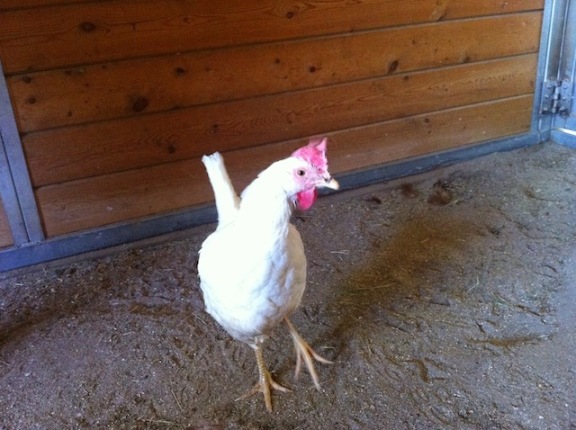 “Bella spent her whole life in a cage but now she loves the barnyard. She has so much to explore and learn about and so much lost time to make up for. She is making friends, learning how the sun feels on her back, rolling in sand for the first time and enjoying her freedom. She is not scared of us anymore and has much to be thankful for!” —The Gentle Barn 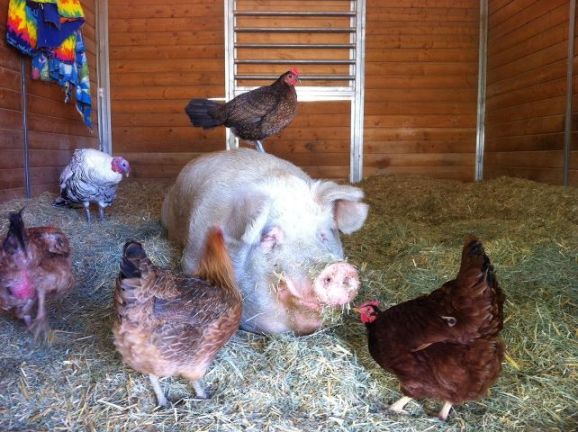 “Biscuit, shown here with his peeps, was found at a pumpkin patch; a favorite attraction for the kids. This little piglet rolled over for tummy rubs, took food gently out of their hands and had the patience of an angel. When, to our horror we found out that the plan was to slaughter him the day after Halloween, we brought him home to the barn instead. He now delights visitors with his 1,000 pounds of pure love.” —The Gentle Barn

Step 11: Look at the Consequences 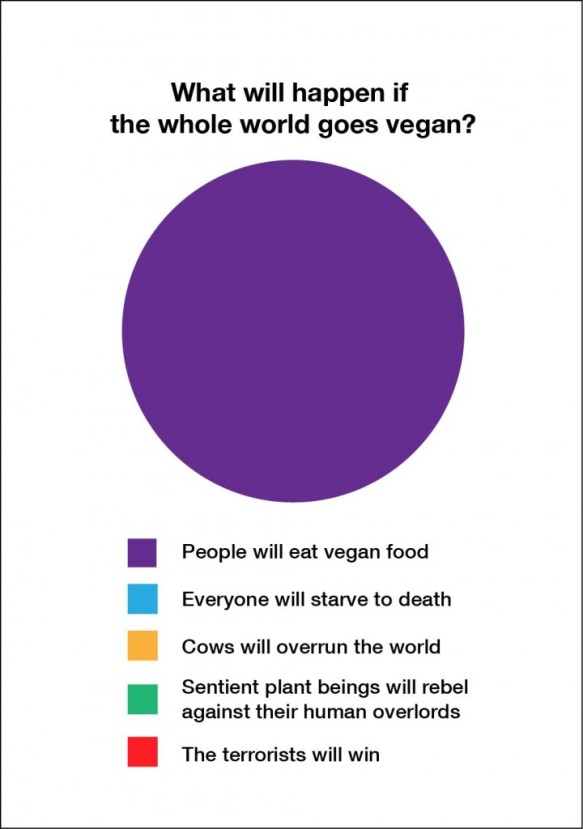 Step 12: Watch This Video and Try Not to Cry

“Chick culling is the culling of newly hatched male chickens for which breeders have no use. In an industrial egg-producing facility, about half of the newly hatched chicks will be male and would grow up to be roosters, which do not lay eggs and therefore provide no incentive for the breeder to preserve. Most of the male chicks are usually killed shortly after hatching.” —Wikipedia 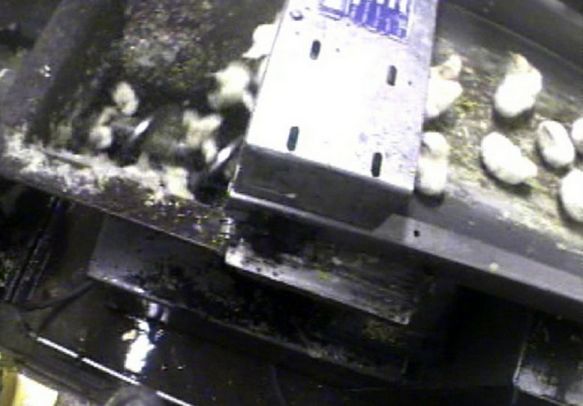 Every year, more than 100 million unwanted male chicks are ground up alive or tossed into plastic bags to suffocate.

Step 14: Stop Telling Yourself That There’s a Difference Between the Animals in Your Home and the Animals on Your Plate 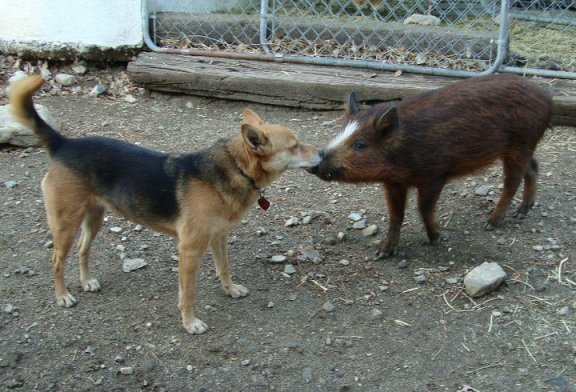 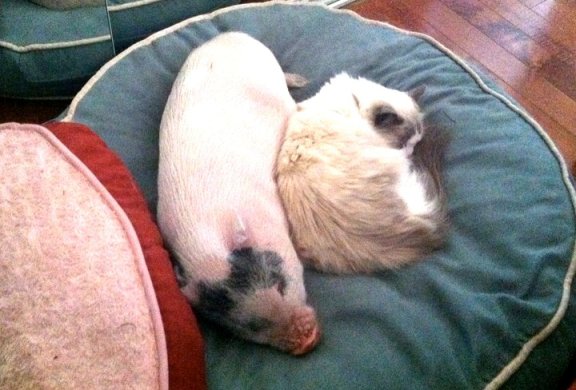 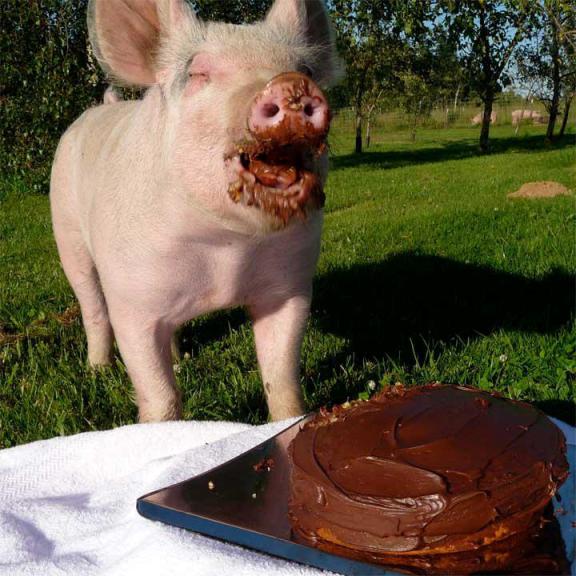