After receiving numerous complaints from neighbors about a terrible stench, authorities raided a Connecticut home owned by a self-described “rescuer” and discovered a filthy “house of horrors.” On the property were 26 cats, two squirrels, a blind owl confined to a cramped cage, a dead woodchuck, and six dogs, at least one of whom was gravely ill. “It was unlivable for both human and animals,” said a responding officer. “It was that disgusting.”

This case, while horrific, is part of a growing trend—as many as 250,000 animals are taken in by hoarders each year. According to the Animal Legal Defense Fund, hoarding is “the number one animal cruelty crisis facing companion animals in communities throughout the country.”

Many hoarders describe themselves as “no-kill” shelters or “rescues,” and such facilities make up a quarter of the approximately 6,000 new hoarding cases reported in the U.S. each year. Recent cases of note include the seizure of more than 220 cats—dozens of whom were dead—from a Maryland home belonging to a couple who claimed to be running a trap-neuter-release program; the confiscation of 78 sick and malnourished cats from a “rescue” in Colorado; and “rescues” in Louisiana, Mississippi, Ohio, Tennessee, and Texas that were all charged with cruelty after animals were found in filthy conditions.

Hoarders have also been charged with abusing children and the elderly. A Florida woman claiming to run an assisted living facility and animal rescue was charged with elder abuse after four people, 16 dogs, and 48 cats were found amid their own feces in a home that authorities deemed uninhabitable because of unsafe living conditions. In Ohio, three children and 48 dogs (five of whom later died) were removed from a filthy, garbage-strewn home that was later condemned. Other hoarders posing as “rescues” are nothing more than con artists who “flip” animals for a profit. 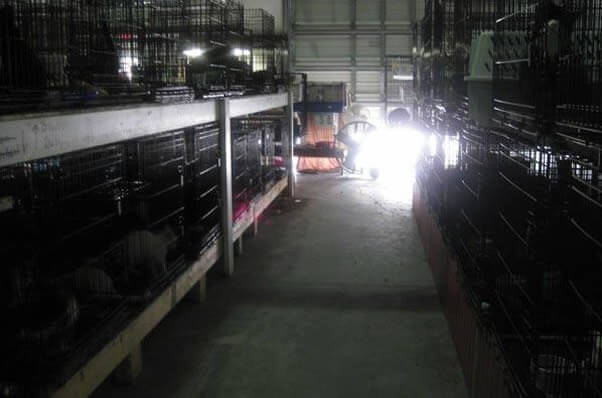 After an undercover PETA investigation found some 300 cats suffering in filthy wire cages stacked inside dark, unventilated, ammonia-filled storage units at the grotesquely misnamed Sacred Vision Animal Sanctuary in South Carolina, a judge ordered that all animals be removed from the facility.

Well-meaning people contribute to the problem by donating or giving animals away to people who claim to operate rescues, sanctuaries, no-kill shelters, or hospices without checking references or doing any research. If you must find a home for an animal, always follow PETA’s guidelines. Even municipal animal shelters abet hoarders by caving to pressure from anti-euthanasia extremists and releasing animals to anyone who will take them or by turning away animals who later wind up in hoarders’ hands. 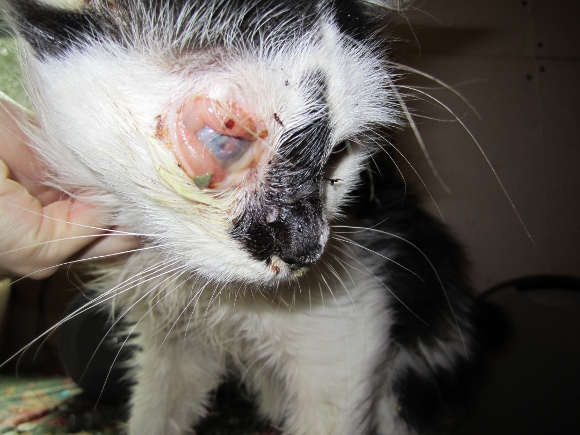 During an undercover PETA investigation, dead animals were found strewn across the property and hoarded inside a trailer called the “sick ward” at Caboodle Ranch, Inc., a self-proclaimed “cat rescue sanctuary” in Florida. Based on PETA’s evidence, officials seized the animals there and charged its founder and operator, Craig Grant, with felony and misdemeanor cruelty to animals and a scheme to defraud, and approximately 700 cats were rescued from the property.

Animals may suffer in horrific conditions for years because of hoarders’ notorious secretiveness and because neighbors “don’t want to get involved” or “don’t want to get anyone in trouble.” But these animals’ only hope lies with concerned people who report suspected abuse and neglect.

Keep an eye out for the following warning signs of hoarding:

If you notice any of these red flags, please don’t hesitate—call the police. Don’t give up until you get results, and contact PETA if you are met with resistance. Your actions could save lives. Please, never be silent.