“Can I interest you in a slice of koala cheese or a dollop of hippo cheese?” said no one ever. So why goat cheese? A mother’s milk is a mother’s milk—it’s meant to feed her babies, not to coagulate into cheese eaten by another species. If the phrase “goat cheese” doesn’t already make you gag, we bet that’ll change by the time you’re done reading this. 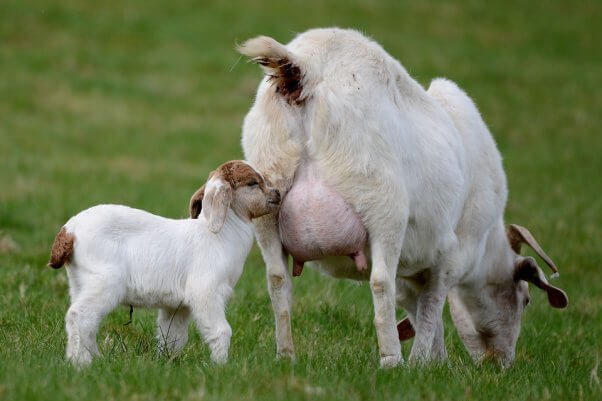 Just like humans, a goat has to have a baby in order to make milk. Female goats are impregnated on farms, and then humans take their milk. It’s the same abuse inflicted on female cows on dairy farms, where workers shove an arm far into the cow’s rectum to position her uterus and stick a syringe into her vagina to inject bull semen. If we were talking about humans here, we’d all realize that this is rape. 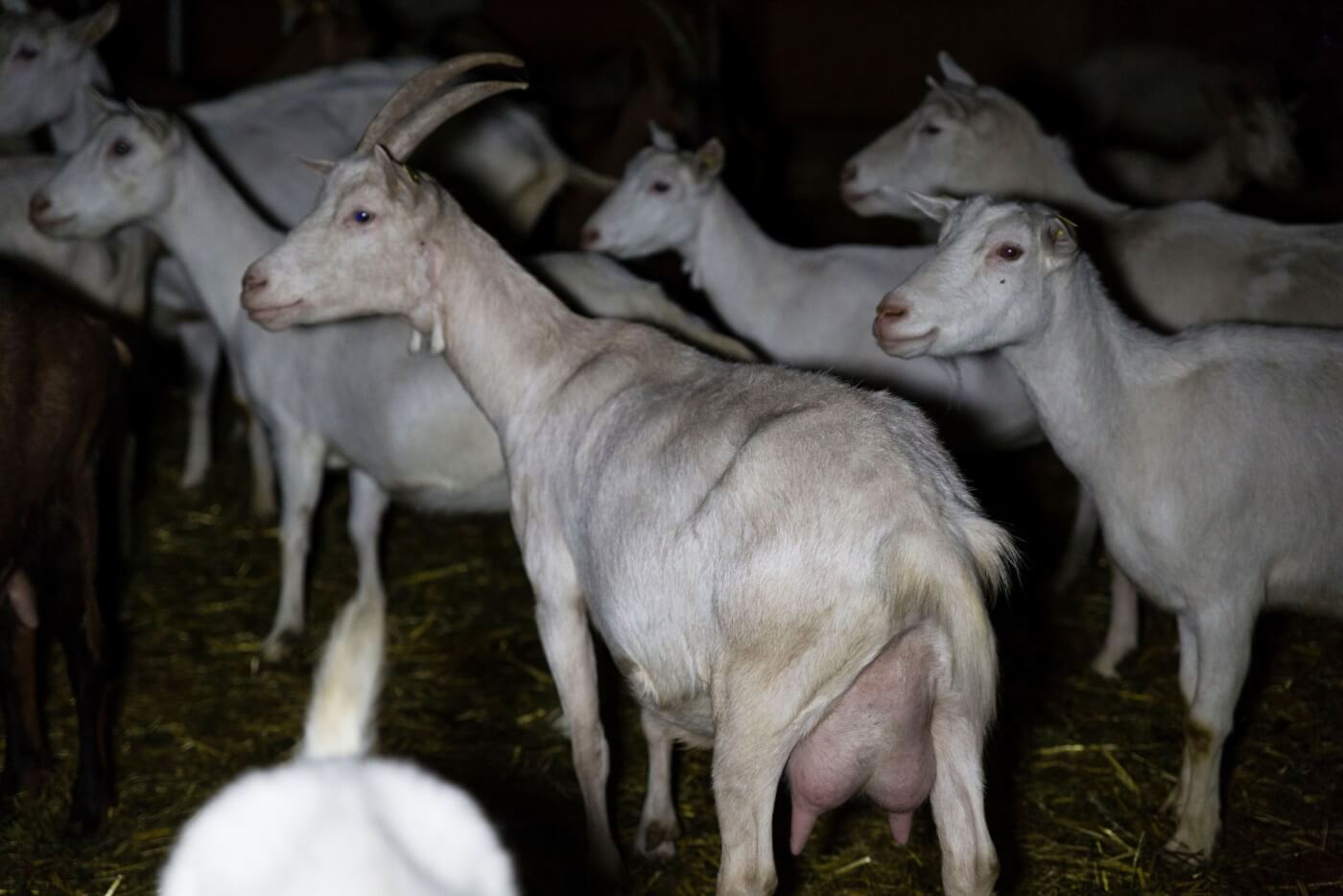 2. Mother goats are beaten and abused on goat farms.

PETA Germany exposed an “organic” goat farm in Germany, revealing that workers regularly forced terrified goats into the milking parlor by violently punching or repeatedly striking them with sticks. When they tried to get away, workers grabbed them by their horns or legs, dragged them back into position, and kept beating them. They were herded into the milking parlor twice a day, and such vicious attacks appear to be standard.

3. Milk is stolen from babies.

Mother goats want to feed their babies. Humans and all other mammals have this same instinct. However, on farms, where a mother goat’s milk is stolen for human consumption, her babies— who need it—don’t get to have it. Instead, they’re fed a milk replacer and their very natural instinct of suckling from their mother goes unfulfilled. 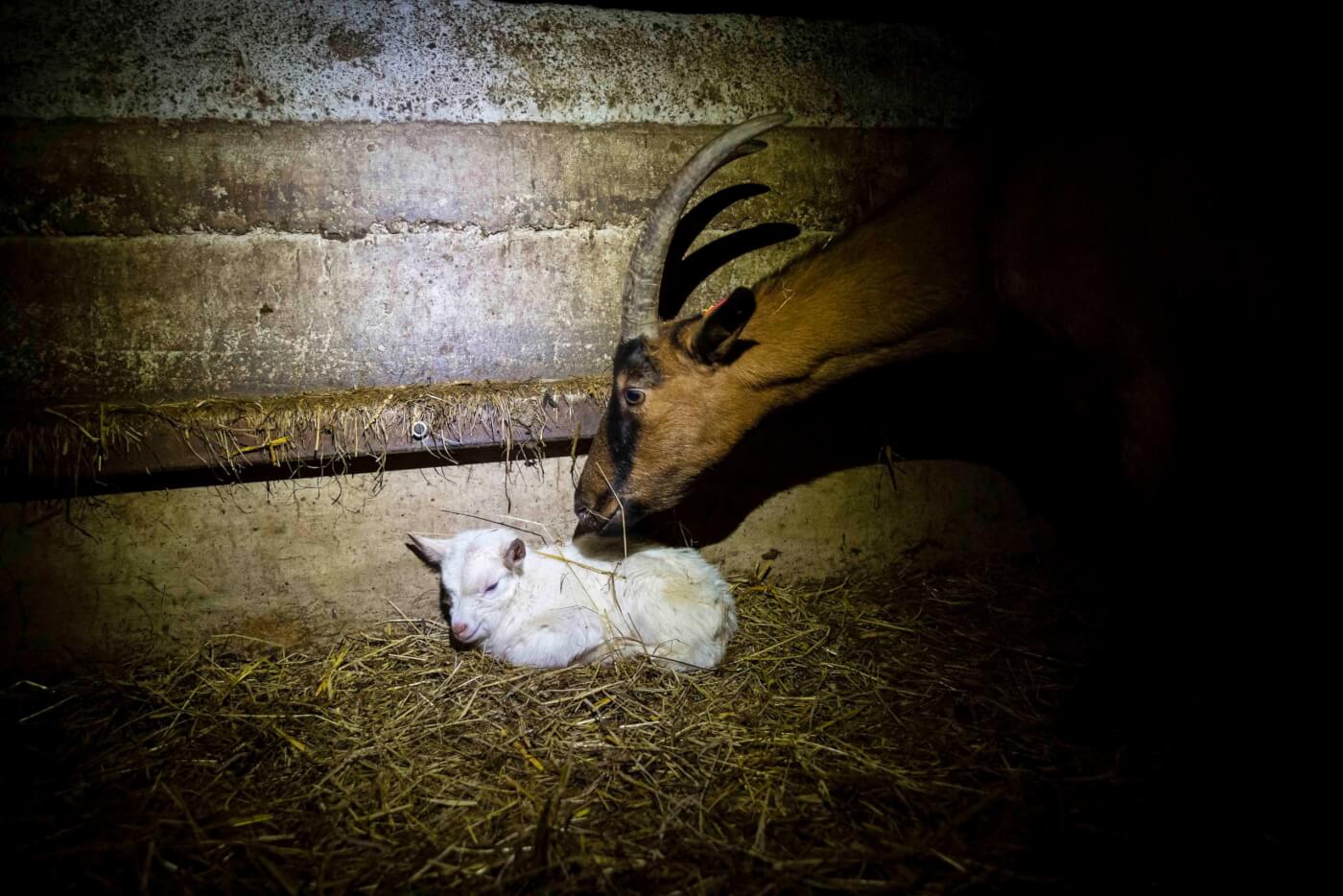 4. Newborn goats are taken from their moms.

Shortly after baby goats are born on a farm, they’re torn away from their moms. The females are subjected to a lifetime of forcible impregnation and painful exploitation just like their mothers were—followed by a terrifying and violent death once their milk production eventually declines and they become unprofitable. 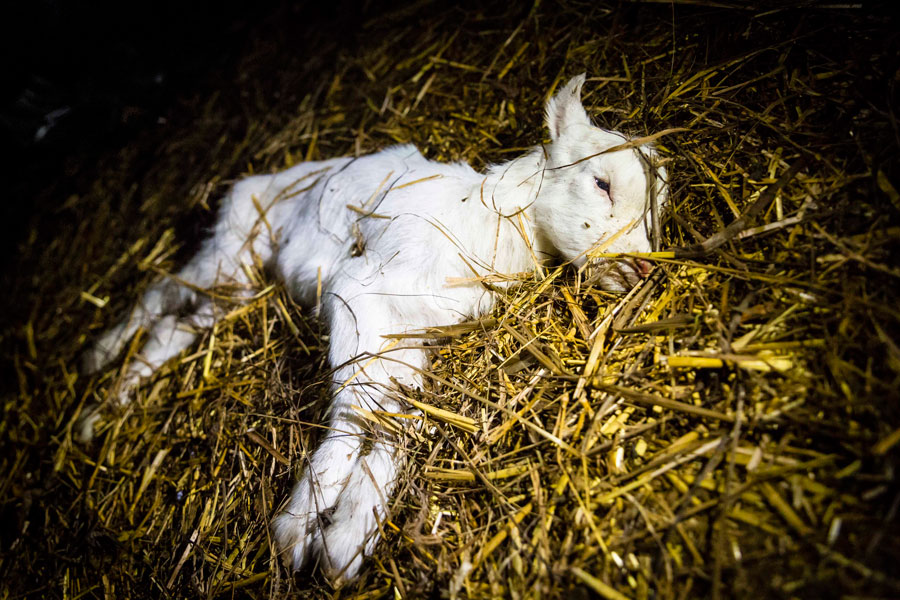 The males don’t have it much better. A former goat farmer wrote about the baby male goats’ suffering that she and her husband witnessed:

They were then hogtied and picked up like pieces of luggage and literally thrown into the back of a trunk or pick-up truck. These babies would look into my eyes with trust, wonder and fear. … Many times Jim and I stood at the gate listening to our baby goats cry as they were driven away.

5. The male babies are killed for meat.

Male goats are a byproduct of the milk industry, and since they can’t produce milk, they’re raised and slaughtered for their flesh. A vegetarian diet, which includes cheese but not meat, still supports slaughter. 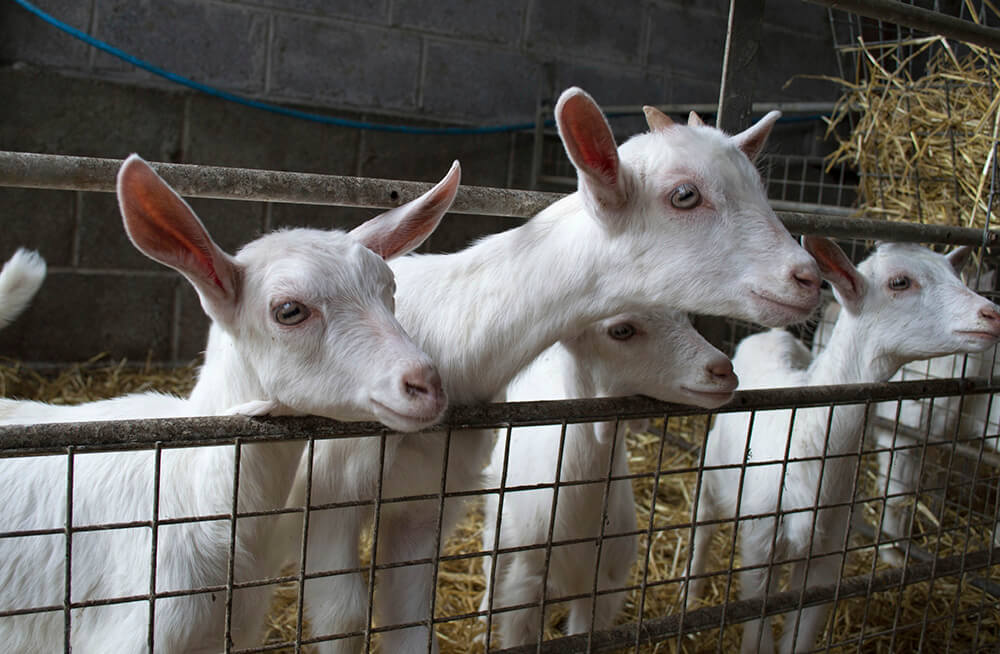 PETA Germany’s investigation found that goats who were sick or hurt were denied medication and other veterinary care. Even goats with open wounds, deformed hooves, lameness, and upper respiratory conditions were left untreated. The eyewitness observed that many were emaciated, with ribs and hipbones sticking out. And diarrhea was common, apparently because the starving goats were regularly fed spoiled food. 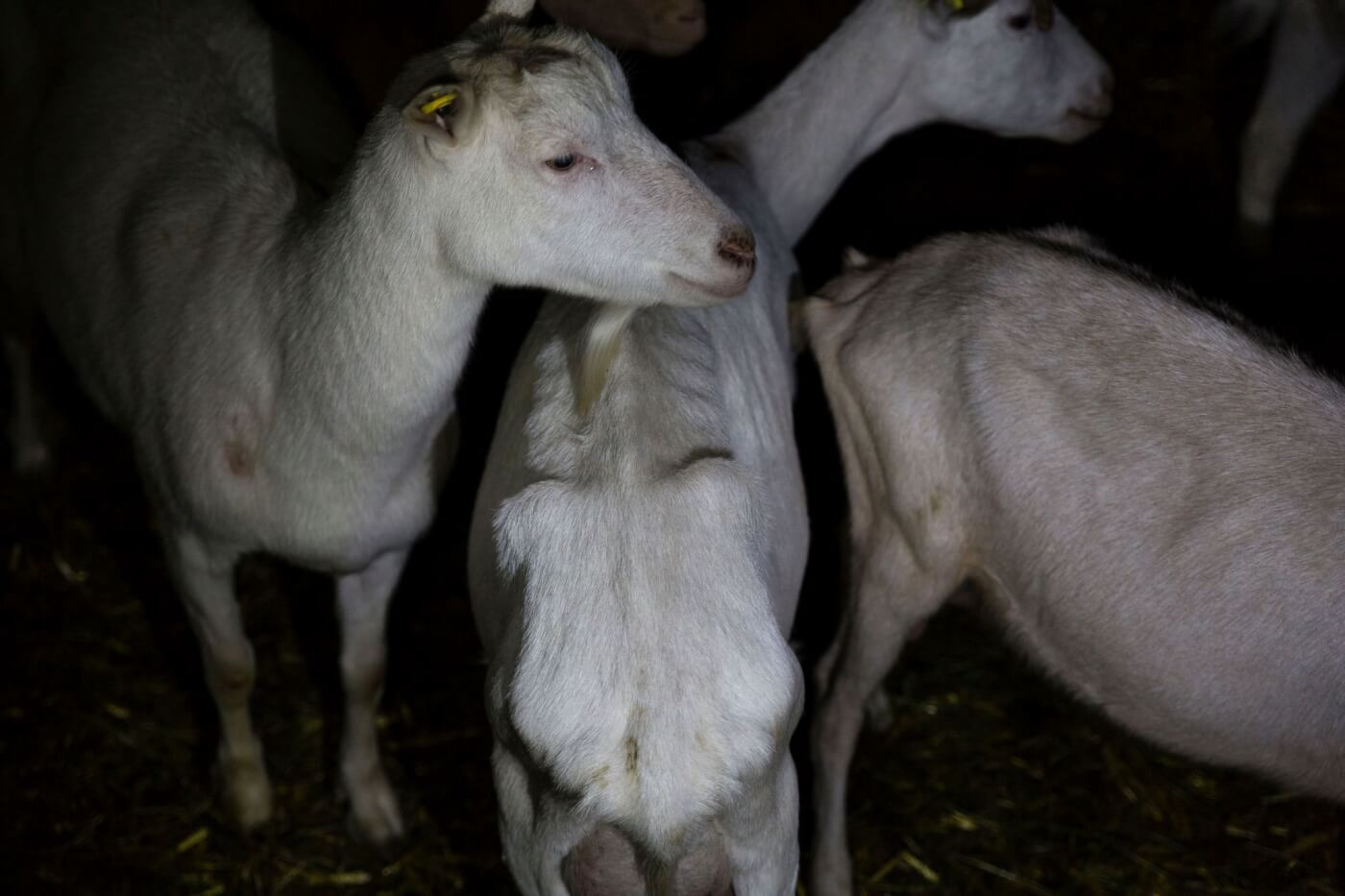 7. Dead goats are tossed aside like trash on farms.

PETA Germany’s investigation into an “organic” goat farm found that many goats died as a result of abuse and neglect. Instead of having a disposal company remove their bodies, as is required by law, workers apparently tossed the corpses behind a shed like garbage. 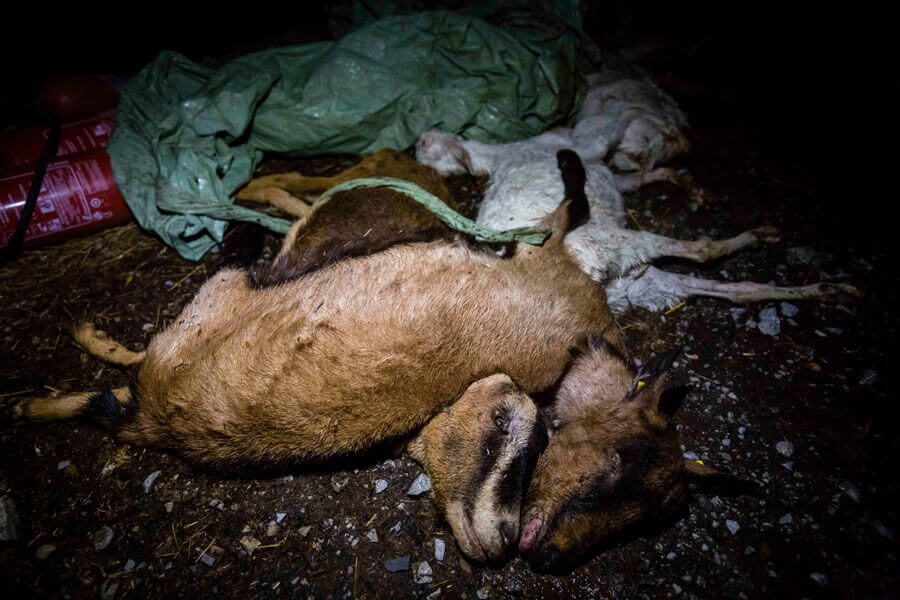 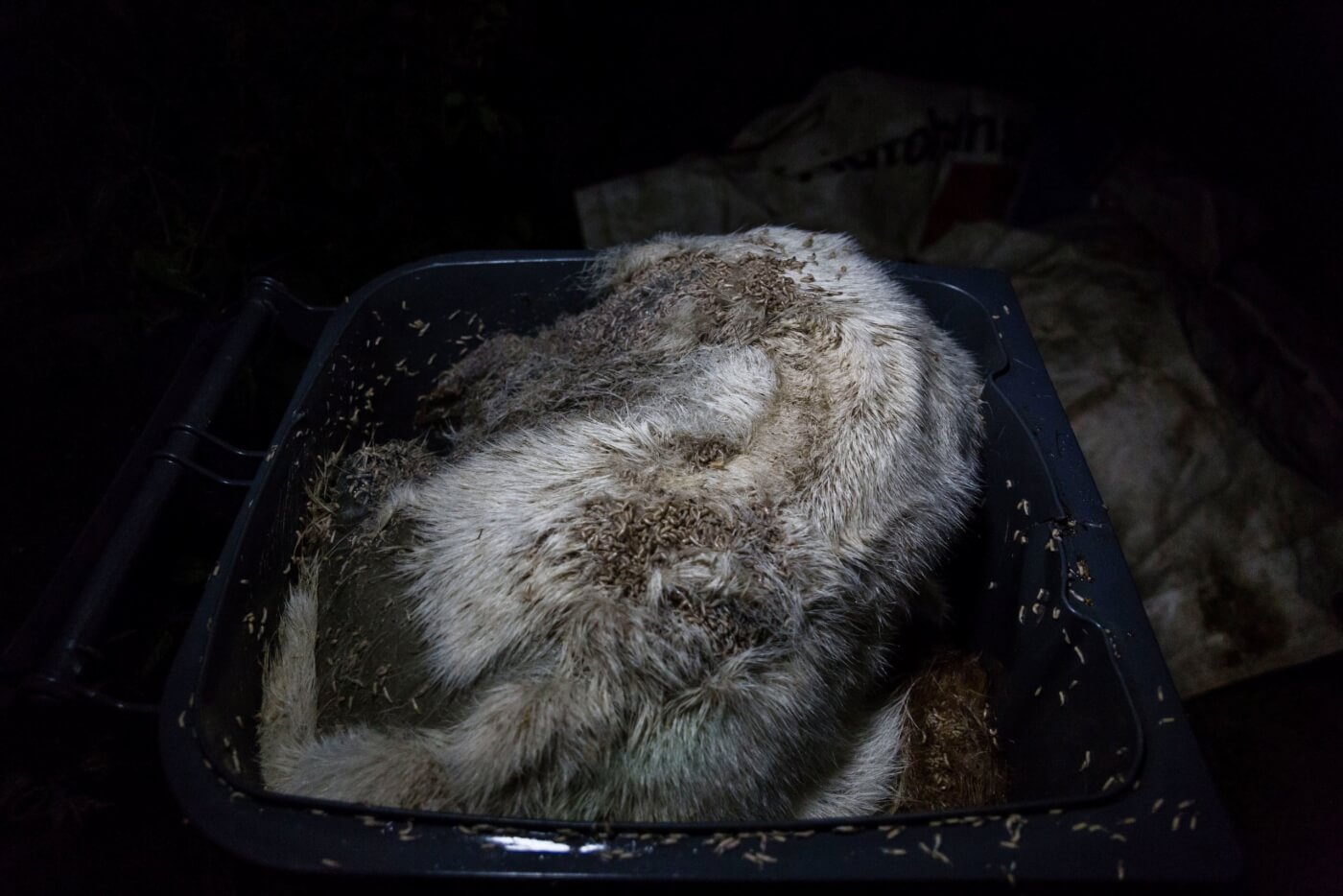 Without the deliberate and systemic violation of female bodies, the animal agriculture industry would crumble. Forced to give birth to baby after baby, female goats are abused for their milk until their bodies are broken and they’re considered useless—at which point they’re slaughtered. Consuming goat cheese and other dairy perpetuates and normalizes the oppression and degradation of female beings of all species. 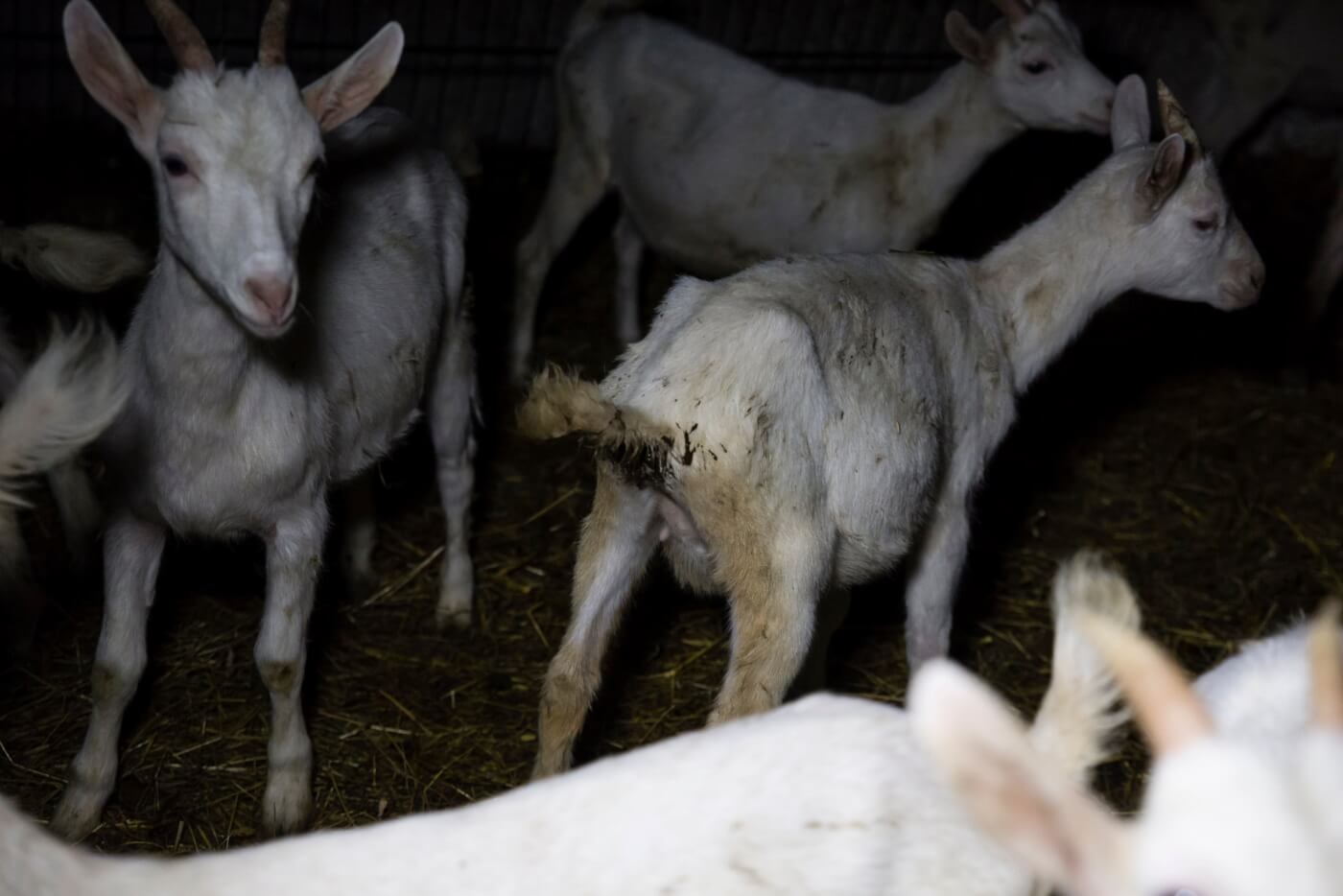 Even if you buy goat’s milk products labeled “organic,” “humanely raised,” or “free-range,” you’re still contributing to immense suffering. These misleading claims do nothing to protect animals from horrific abuse, and PETA has repeatedly revealed that labels touting improved animal welfare are nothing more than a marketing ploy designed to give consumers false comfort in order to get more of their money. There is no such thing as humane exploitation or humane slaughter. There is no such thing as “happy meat.” 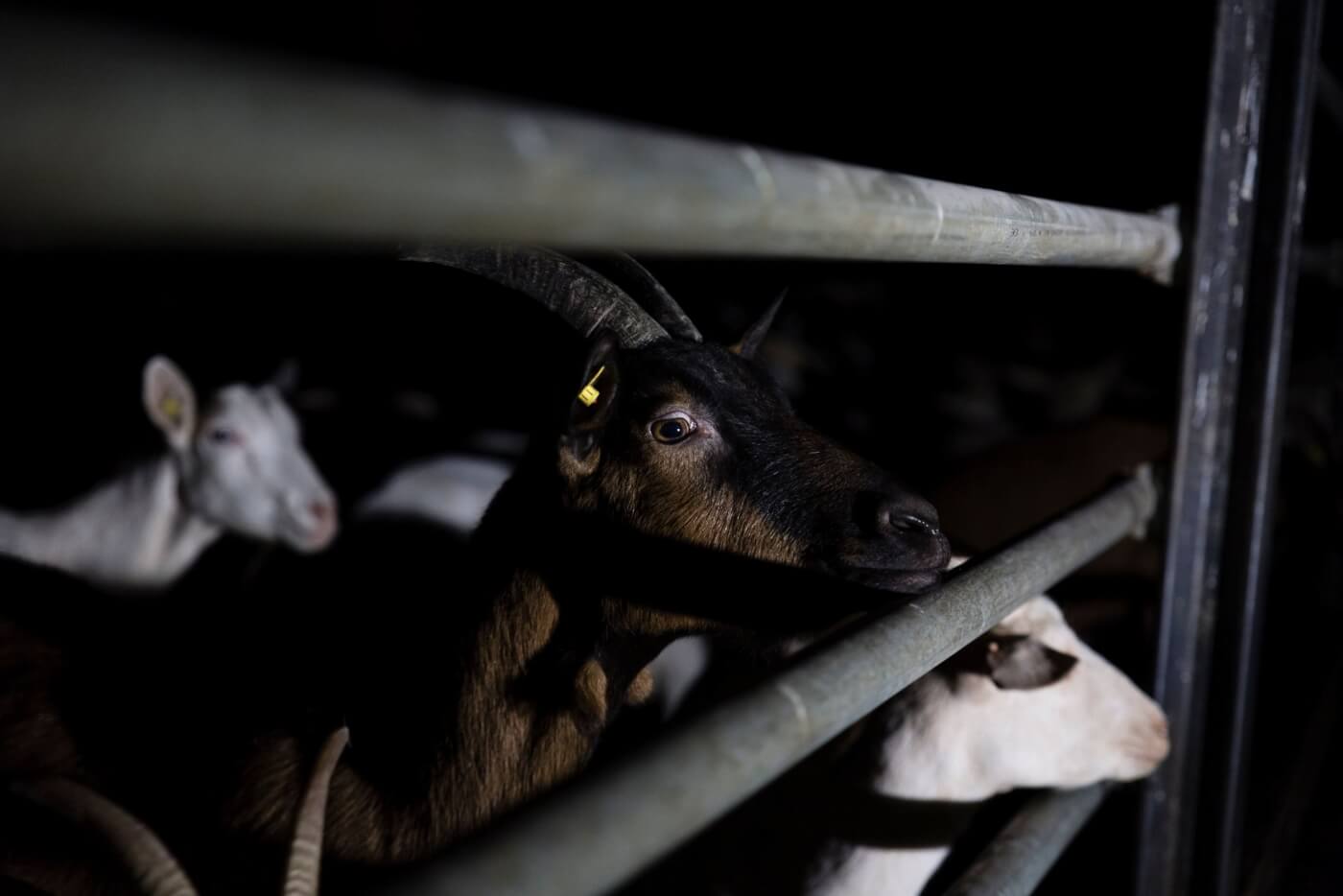 Goat’s milk packs even more cholesterol and saturated fat (which have been linked to heart disease) than cow’s milk. Almond milk, on the other hand, contains no cholesterol or saturated fat. Studies have also shown that saturated fat promotes unhealthy weight gain. 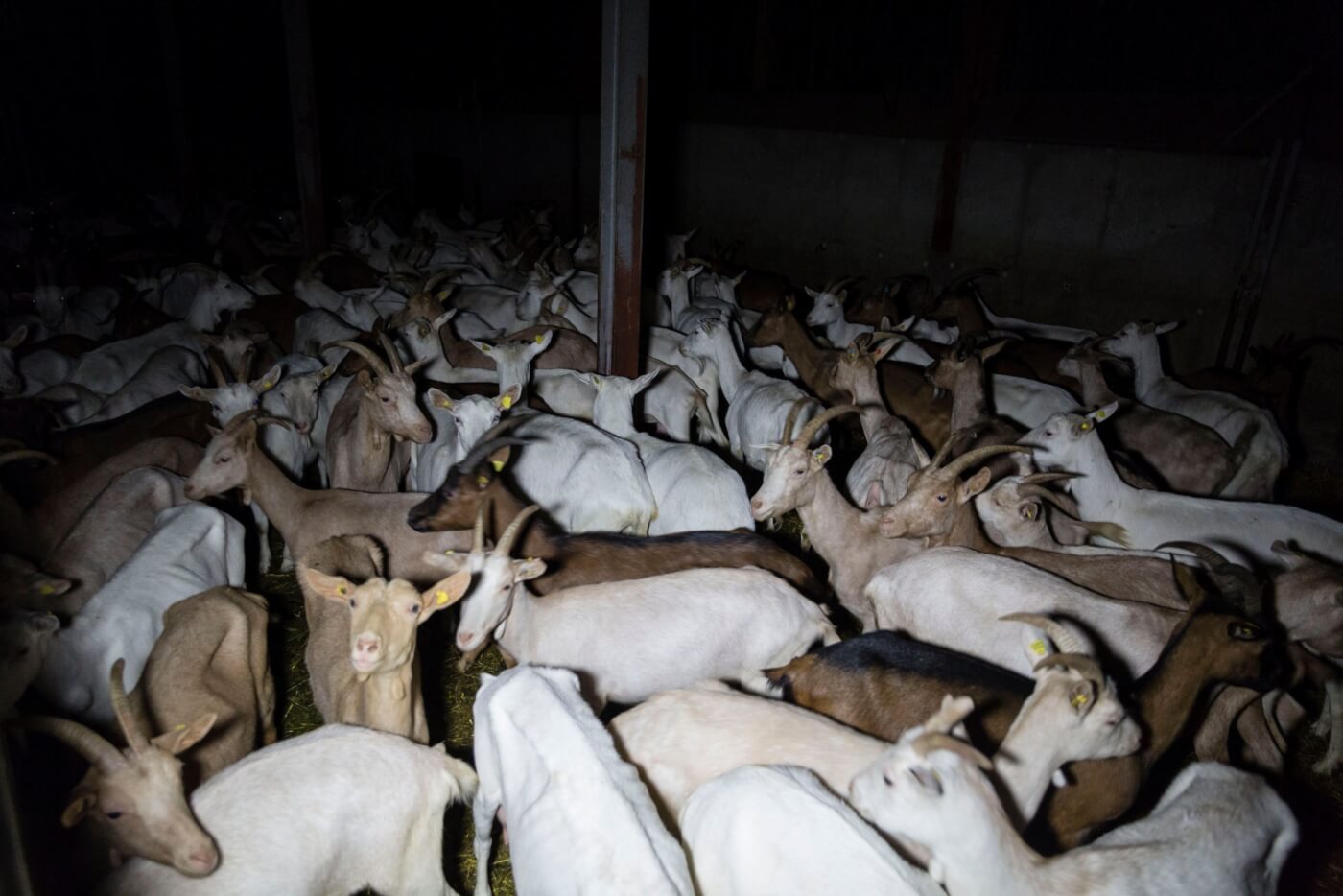 Goat’s milk (along with sheep’s milk and cow’s milk) is dairy. Unless you’re a human baby and we’re talking about human milk, milk isn’t good for you. Dairy has been linked to asthma, Parkinson’s disease, high blood pressure, bone and hip fractures, heart disease, cancer, and premature death. You can protect your health by staying away from dairy.

There Are Better Options

We don’t need to torment, exploit, and kill animals in order to have nice things to eat. The options for dairy-free milk, butter, cheese, yogurt, and ice cream are seemingly endless, and there are even vegan goat cheeses:

Check out local brands, too. Or make some yourself—let us Google some recipes for you.

Goats are social animals who wag their tails, “binky,” and form meaningful relationships and strong bonds with each other and their human guardians. They deserve to live in peace, and you can spare them suffering simply by refusing to eat foods derived from their milk.

Craving More Cheese? Check Out All These Kinds Available at Whole Foods