There’s more to a stick of butter than meets the eye. What cows endure to produce the milk that butter is made out of is enough to turn your stomach. Butter labels don’t reveal it, but PETA will. 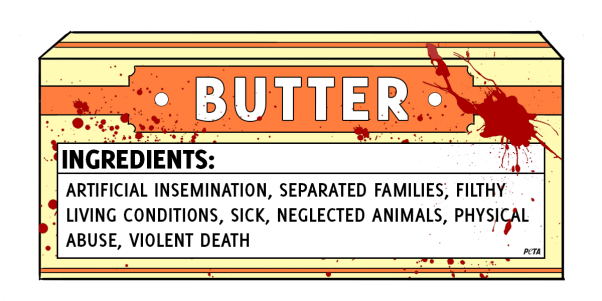 Now more than ever, cows need you to see the cruelty behind butter:

Like all mammals, cows produce milk for their babies after giving birth. Workers forcibly impregnate them to keep the milk flowing and to produce more cows they can exploit.

A cow is typically restrained and left defenseless while a worker forces an arm into her rectum and another instrument into her vagina to insert semen. This cycle of rape is repeated until the cow is no longer considered useful (i.e., profitable) to the dairy farm and she is sent to slaughter.

Eating butter tears families apart. Newborn baby cows are stolen from their mothers so that humans can have the milk to make into butter instead of letting the calf drink it. Mother cows mourn the loss of their calves and have been known to call out for days and even go searching for them.

Deprived of their mother’s milk, some calves are instead force-fed.

Male calves are typically killed for veal or beef, while females are often forced into breeding and producing milk, just like their mothers.

Cows are often forced to stand on concrete surfaces or live in filthy spaces covered with feces. While COVID-19 ravages the planet, filthy dairy farms could become breeding grounds for another deadly pandemic.

On a dairy farm in North Carolina, PETA documented that cows waded in pools of feces and urine, where they were made to stand, eat, and rest. The liquid waste even splashed onto their udders just before they were milked. 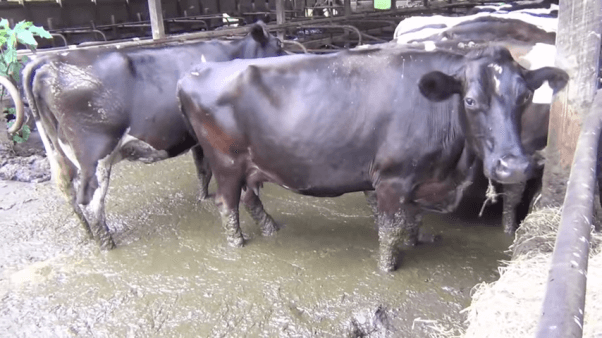 PETA exposed a similar scene at a now-shuttered Land O’Lakes supplier facility in Pennsylvania, where cows were kept in pens filled deep with excrement. 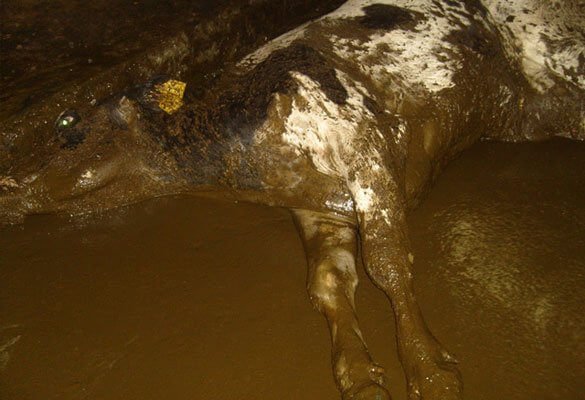 And on another dairy farm, a whistleblower saw cows resting on feces-covered surfaces without bedding. 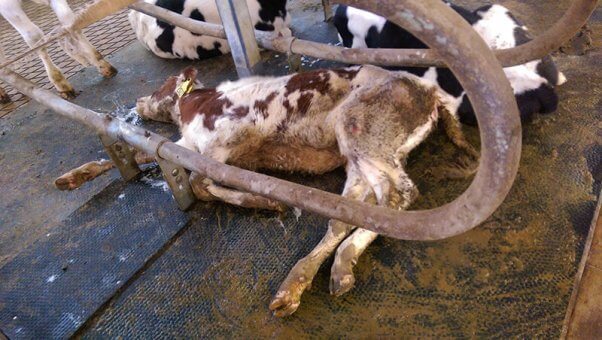 On many dairy farms, cows suffer from painful injuries and illnesses without veterinary care for days or even weeks.

A PETA undercover investigation revealed that cows were denied care for painful masses larger than a grapefruit that oozed blood and pus. 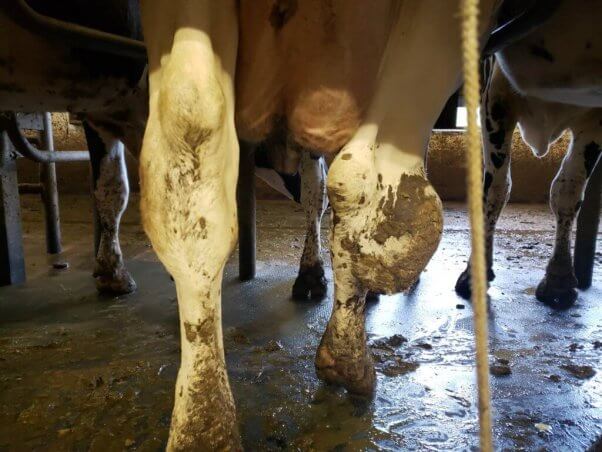 Mastitis, a painful inflammation of the udder, is so common in cows used for milk that it’s a frequently cited reason for sending them to slaughter. 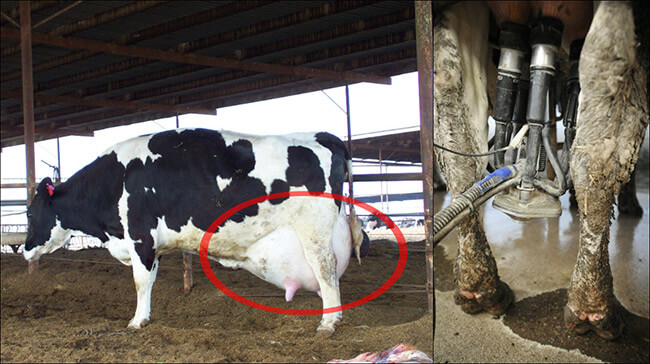 Cows are intelligent and social, but workers on dairy farms treat them like disposable objects.

Workers have been observed and recorded jabbing cows with pocket knives and pens.

In another instance, a farmer was caught electro-shocking cows who were in too much pain to stand up.

Meat is murder, and so is butter. Cows can live for up to 20 years, but in the dairy industry, they’re often sent to slaughter after just four or five years, when their worn-out bodies are no longer considered useful.

What About ‘Organic’ and ‘Grass-Fed’ Labels?

Labels like “organic” and “grass-fed” mean nothing to the cows exploited on farms, who are still artificially inseminated, lose their beloved babies right after they’re born, are forced to produce enormous quantities of milk, and are shipped off to the same terrifying slaughterhouses as other cows. These labels have been shown to be nothing more than deceptive marketing ploys designed to trick well-meaning consumers. More than 99% of dairy “products” on the market are from factory farms, so don’t be fooled.

How You Can Help Cows Used for Milk and Butter

It doesn’t have to be this way. Companies like Country Crock, Miyoko’s, and I Can’t Believe It’s Not Butter offer great vegan spreads and sticks that can meet all your butter needs.

Make the switch to vegan butter and prevent a cow from enduring a dreadful life on a dairy farm and a violent death at a slaughterhouse.