A Potential ‘Catastrophe’: PETA Comes for Butterball Over Whistleblower Revelations

Turkeys don’t want to be slaughtered for a sandwich, and they don’t want to suffer in hot sheds in the summer, either. And a whistleblower’s warnings of looming “catastrophe” amid Butterball layoffs as well as a pamphlet leaked to PETA prove what we’ve known for some time: Butterball’s alleged commitment to “maintaining the health and well-being of [its] turkeys” is all hooey. And now we’re bringing a little heat, too—in an urgent letter, we’re calling on Butterball to lay off overgrowing birds. 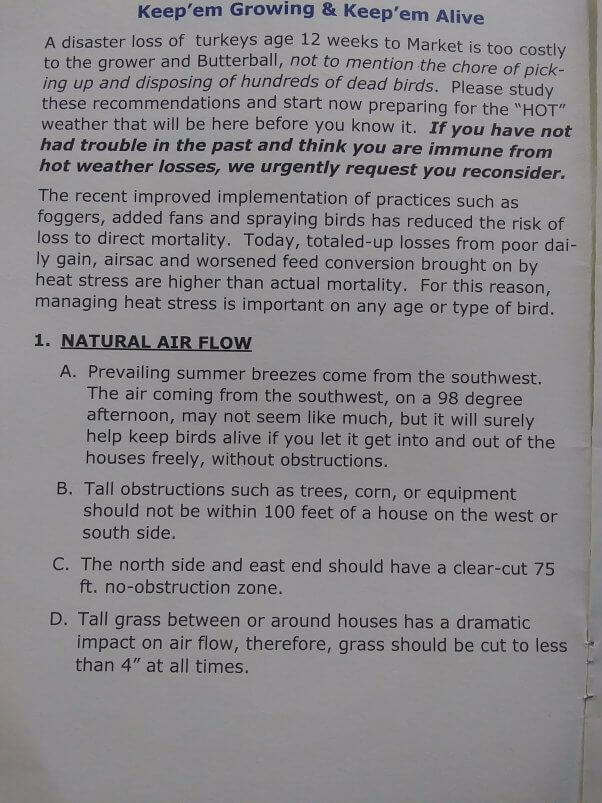 In a Butterball pamphlet leaked to PETA, “managing heat stress” via measures like “spraying birds” is emphasized—at Butterball, it’s apparently all about the bottom line. 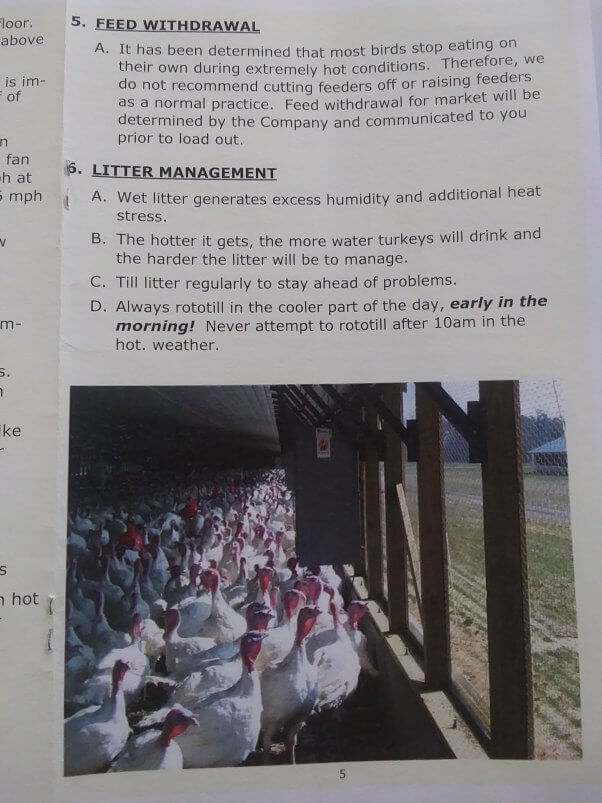 Page 5 of a leaked Butterball pamphlet includes a photo of turkeys looking out at a field that they’ll never be allowed to enjoy.

Turkeys already suffer when they’re crammed into stifling sheds and hauled down the highway to slaughterhouses, where their throats are cut. But at Butterball’s Carthage, Missouri, slaughterhouse, a reported new company policy that would dramatically increase the weight and age of turkeys killed there would also dramatically increase the potential for the animals to die of heatstroke.

Heat exhaustion is a serious threat to turkeys.

Butterball’s own pamphlet reveals that even smaller birds could die if farmers don’t blast them with power washers and drive around the barns honking at them, startling them into standing up and dissipating the heat that builds up under their torsos. Now—according to the whistleblower who contacted PETA—because layoffs have reduced the capacity of Butterball’s Carthage slaughterhouse, the birds the company calls “super toms” will be kept for an extra three to four weeks and will grow 20% larger, which the whistleblower called a “catastrophe.”

When asked at a company meeting what the plan was to keep these extra-large turkeys alive in the summer heat, a Butterball supervisor reportedly replied, “Pray for a mild summer.”

While such callousness is certainly disappointing, it’s hardly surprising. After all, at a Butterball slaughterhouse, an undercover PETA investigator witnessed workers stomping on birds, slamming them into walls, and tearing off their limbs.

If Butterball’s “super tom” birds and pointless prayers have you fuming, too, there’s only one thing to do: Boycott the company’s plans to pile the miseries of heatstroke and suffocation on top of the other systemic abuse already inflicted on these animals. Giving such cruelty the cold shoulder is as simple as leaving turkeys and all other animals, eggs, dairy, and honey off your plate. Click below to discover just how easy it is:

For Turkeys and All Other Animals, Go Vegan