Rhode Island has become the first state in the U.S. to ban bullhooks! Gov. Gina Raimondo signed legislation into law that will ensure that no circuses will be able to force elephants to perform using bullhooks in Rhode Island ever again.

A bullhook is a long rod with a sharp metal hook at the top. It’s one of the weapons used by circuses to beat elephants in the name of “training” in order to coerce them into performing tricks. 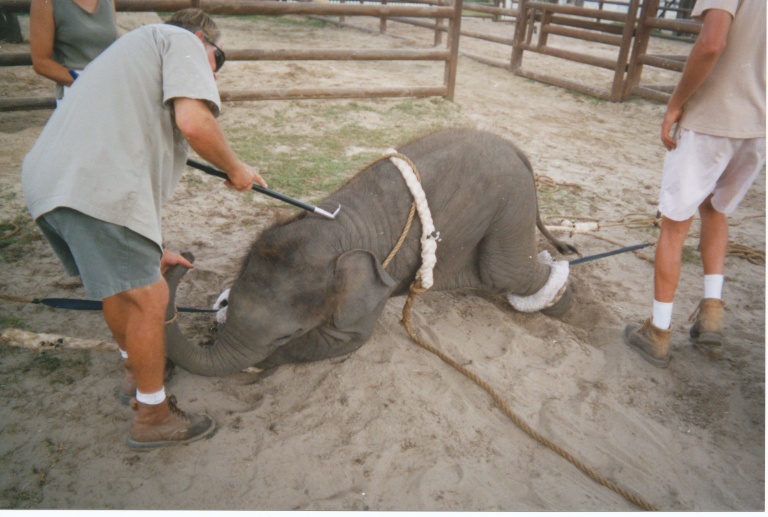 In 2014, the Rhode Island House of Representatives passed a resolution urging circuses and other traveling animal shows to eliminate the use of bullhooks and other “harmful training practices” that cause elephants pain. On Wednesday, an actual ban was signed into law. PETA supporters sent over 20,000 letters to Rhode Island legislatures urging them to support the ban.

“PETA thanks Gov. Gina Raimondo for making Rhode Island the first state to ban bullhooks, joining the many cities and counties across the U.S. that have outlawed these weapons resembling fireplace pokers with a sharp metal hook on one end that are used to yank and gouge elephants in order to force them to perform,” said PETA Foundation Counsel and Manager of Legislative Affairs Gabe Walters. “PETA encourages other states to get with the times and follow Rhode Island’s progressive and compassionate example so that no elephant is ever abused again under the big top.”

Avoid all circuses that use animals. Talk to friends and family members, particularly those with young children who might be especially inclined to go.

For other ways that you can help, check out “How YOU Can Help Stop Elephant Abuse.”

To launch a campaign to get bullhooks banned in your county or city, contact the Action Team for free materials to get started.