In a resounding victory for often-overlooked animals, California lawmakers voted to ban sales of lizard, hippo, and caiman skins and all body parts—and today, Gov. Gavin Newsom signed the initiative into law.

PETA, Social Compassion in Legislation, and local activists worked hard to make this happen. We spoke at committee hearings, blasted out tweets and action alerts, flew an expert to Sacramento to address committee members about this bill, and enlisted reptile professionals to help show lawmakers that animals suffer in the exotic-skins trade. Our efforts paid off, and animal advocates played a key role in this victory.

For years, PETA has been exposing cruelty in the exotic-skins industry. Hunters snare wild lizards, cut them apart with machetes, sever their heads, and then skin their bodies. One of our video exposés shows a lizard writhing in agony as she’s skinned alive. Caimans are commonly bred on crowded farms and kept in murky water. Clifford Warwick, a specialist in reptile biology, says that because reptiles have a slow metabolism, they can remain alive for up to an hour after they’re decapitated and skinned. Hippos are poached in the wild for their teeth and skin.

But the momentum against the use of exotic skins is growing. Many major designers and retailers—including Arcadia Group (which owns Topshop), Chanel, Diane von Furstenberg, H&M, L Brands (which owns Victoria’s Secret), Nike, PUMA, bebe, Stella McCartney, and Victoria Beckham—are keeping exotic skins out of their designs. 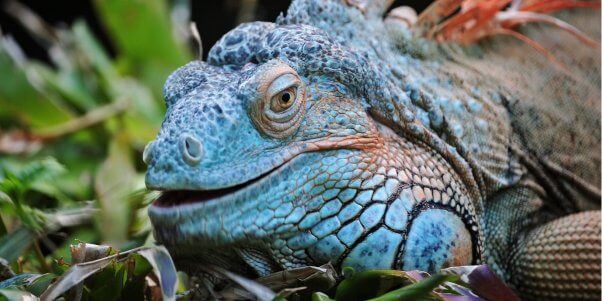 Help us win more victories for these animals, who—like all of us—just want to live their lives in peace. Appeal to Hermès and Prada to ban exotic skins from their product lines as well: