UPDATE: Statement released from Brookhaven National Laboratory: “NASA has informed Brookhaven that a proposal involving primate research at the NASA Space Radiation Laboratory on the Brookhaven Lab site should be removed from consideration for experimental time at the facility.”

Well, folks, you did it. After scores of protests and more than 100,000 letters, phone calls, and e-mails from PETA supporters—including some high-profile allies, such as Sir Paul McCartney,  Bob Barker, Alicia Silverstone, members of Congress, and even a former NASA astronaut and engineer—the space agency has quietly called off plans to conduct cruel radiation experiments on monkeys. 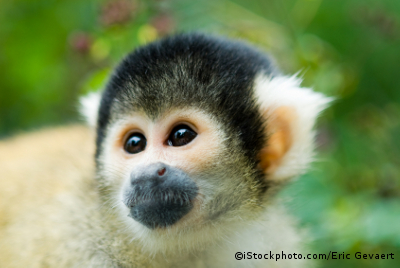 Thanks in large part to your efforts, dozens of squirrel monkeys have been given an early Christmas gift and will be spared from receiving harmful doses of radiation and then being isolated in cages and subjected to years of behavioral experiments to measure the damage caused by the radiation. Such damage likely would have included brain damage, cataracts, cancerous tumors, loss of motor control, and early death.

Way to go, team—you can be over the moon on this one!