Just in time for Father’s Day, fish are having a moment. In recent months, Hakai Magazine, Smithsonian magazine, The Washington Post, and others have run articles asking if fish can feel pain (spoiler alert: yes). While anglers might not want to hear it, biologists and veterinarians increasingly agree that, of course, fish, like all animals, feel pain. Biologist Culum Brown says “it would be impossible for fish to survive as the cognitively and behaviorally complex animals they are without a capacity to feel pain.” 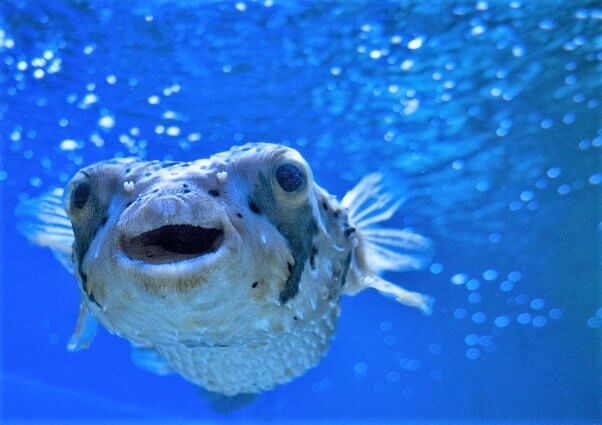 If your family celebrates Father’s Day by accompanying dad to the local fishing hole, it’s time to start a new tradition.

Like many people, I’ve been on fishing excursions with my father. It seems bizarre to write this now, but when I was younger, impaling small animals on hooks, yanking them out of their homes, and watching them struggle and gasp for breath as we worked to release them seemed like a perfectly normal thing to do. After all, I was a kid, and the adults around me assured me that fish don’t have the mental capacity to experience pain—despite the compelling evidence to the contrary that was right in front of our eyes, namely, the struggling, gasping fish.

Even when I started working as an animal advocate more than two decades ago, the concept of fish feeling pain seemed more theoretical than actual fact. Cows, pigs, chickens and the other land animals whose bodies end up on our plates? No question! But fish? Well …

But now, we know better. In the past 15 years, our understanding of the inner lives of fish has skyrocketed.

“[P]eople don’t expect much from fish,” says German neuroscientist Stefan Shuster, “but that’s where they’re wrong. Fish are capable of much more than people think.”

Research on fish sentience has shown us that fish have excellent long-term memories, live in complex social groups, are savvy social learners, and develop cultural traditions. They also use tools. Pearlfish, for example, use oyster shells as speakers to help amplify the volume of their communications.

Fish form friendships and prefer to interact with those who are familiar to them. Behavioral ecologist Dr. Mike Webster says, “You see little cliques develop between the fish. There are little clusters of fish which hang out together more often than you would expect by chance.” In Thailand, a porcupinefish kept vigil by his friend, who had become entangled in a net, until snorkelers freed the trapped fish (the video went viral).

Give virtual cards to the 'egg'cellent dads in your life!

Fish have unique personalities, think ahead and make situational decisions. In heavily fished lakes, bass quickly learn that lures are not food and will stop taking the bait. Rainbowfish can learn how to escape a net via a single hole after only five trial runs, and they still remember the escape route a year later—not bad for fish who live for only two years.

And yes, they feel pain. Fish have neurons called nociceptors that detect potential harm, and like mammals, they produce opioids that relieve suffering. Why would they need to do that if they didn’t feel pain? When fish are exposed to painful stimuli, regions of their brain crucial for conscious sensory perceptions “light up,” and they show signs of fear and wariness. As Dr. Stephanie Yue explains in her position paper on fish and pain, “Pain is an evolutionary adaptation that helps individuals survive.” It doesn’t just disappear for a particular animal lineage. Or, as writer Ferris Jabr puts it in his Hakai article, “A mind does not have to be human to suffer.” 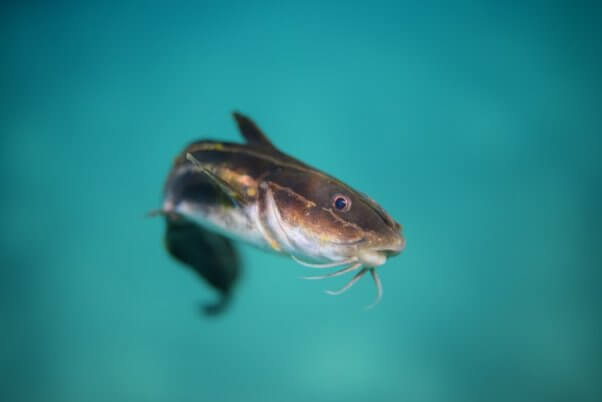 The idea that fish feel pain is no longer theoretical. It’s a reality, and it matters. When presented with overwhelming evidence that other beings are sentient and can suffer, we have to consider the moral implications of continuing to behave as if they don’t. In my case, that meant admitting that my dad and I had been unthinkingly inflicting harm on countless fish on our Father’s Day outings. Today we both agree—that’s no way to celebrate dad’s special day. 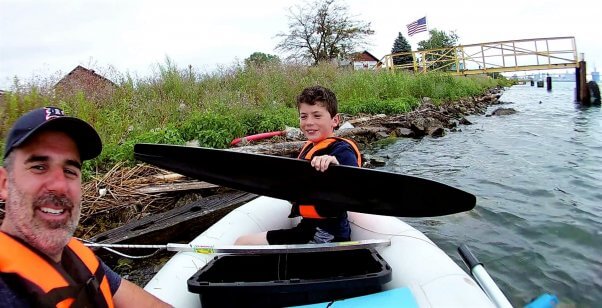 What’s “trash fishing”? It’s an award-winning initiative, started by a father-and-son duo who tackle trash in Michigan’s Detroit River. Now they’re inspiring people all over the country to take up the animal- and Earth-friendly activity. Find out how you can start a new tradition and plan a “trash fishing” excursion with Dad this Father’s Day!