While fish may not be as familiar to people as the cats and dogs with whom we share our homes, every day we learn more about their thoughts, behavior, social structures, and—yes, it’s true—even their feelings.

Want to be inspired?

In the video below, arguably the world’s most loyal blowfish can be seen standing (floating) guard beside a net in which one of his companions has become trapped. Refusing to abandon his stressed friend, the fish keeps close watch until a submerged good Samaritan swims up to free the trapped fish from the snare.

Once liberated, the previously trapped fish swam happily off into the distance alongside his or her faithful pal.

Leave fish off your plate!

Fish are far more complex than most people realize, and studies have shown that they are capable of suffering and feeling fear, pain, and stress. Dr. Donald Broom, scientific adviser to the British government, has stated that anatomically, physiologically, and biologically, the nervous system in fish is virtually the same as in mammals. Fish are highly social animals who communicate, form bonds, and even grieve when others are lost (or, in this case, trapped in a net). 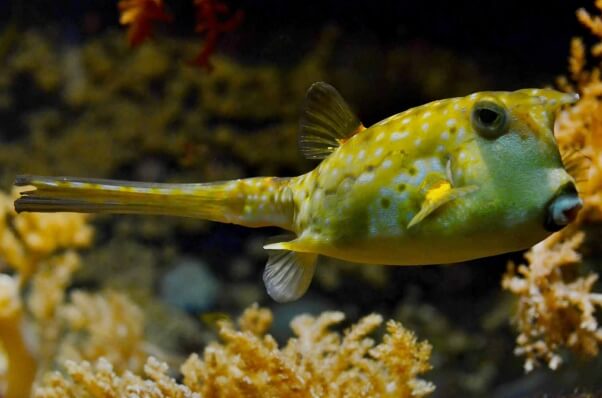 To learn more about how fishing harms animals, the environment, and human health, read this. Then share this inspiring video with any people you know who are still on the fence about dropping fish from their diet. Let them know that fish are sensitive, intelligent animals who continue to show that they may be more like you and me than we ever imagined.