As the weather starts to heat up, PETA is bringing the fire. We’re keeping pressure on those who harm and exploit animals and heading out into communities across the country to spread awareness of the issues. Our eye-catching protests, cutting-edge technological experiences, and unwavering members set PETA apart, making us the largest and most effective animal rights organization in the world. Below, you can see some of what we’ve been up to recently and discover how you can join these inspiring activists the next time that animals in your local area need help.

PETA Members Stare Down the NRA

Holding signs proclaiming, “Stop Gun Violence,” these PETA members stood outside the National Rifle Association (NRA) convention in Dallas, demanding an end to the use of firearms against all living, feeling beings—including nonhuman animals. 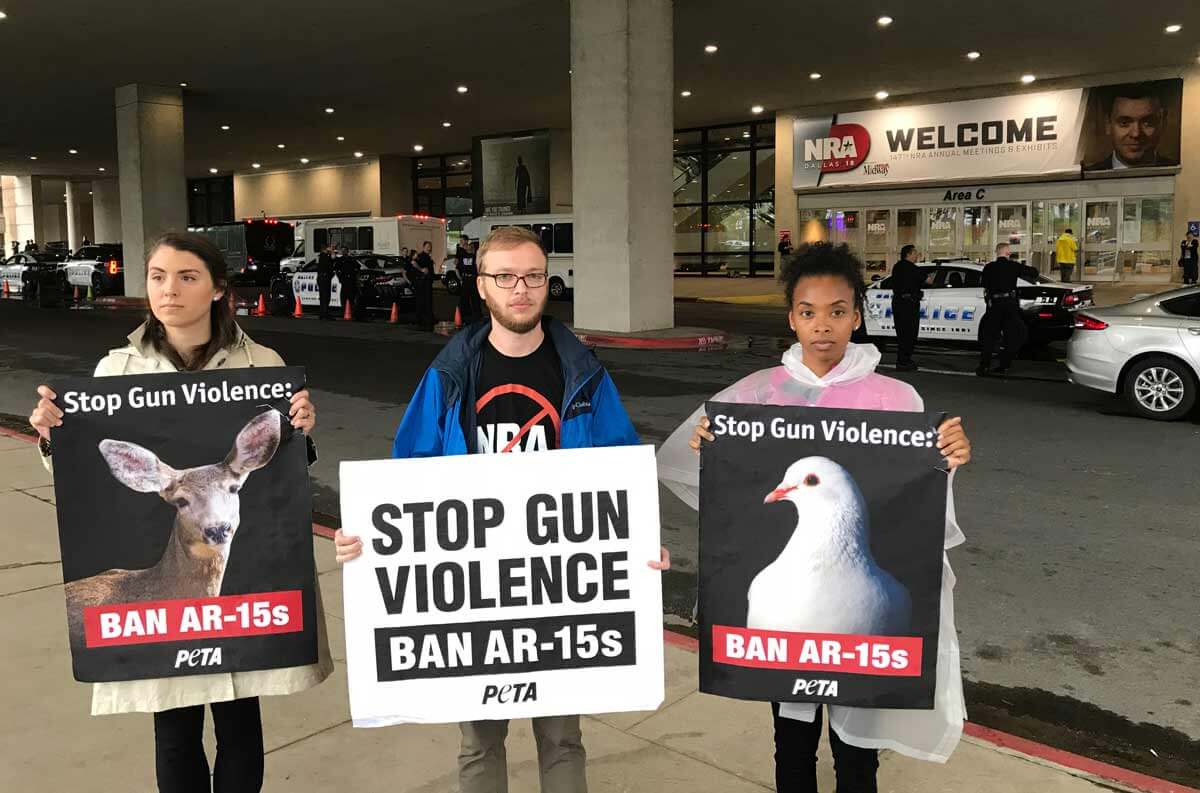 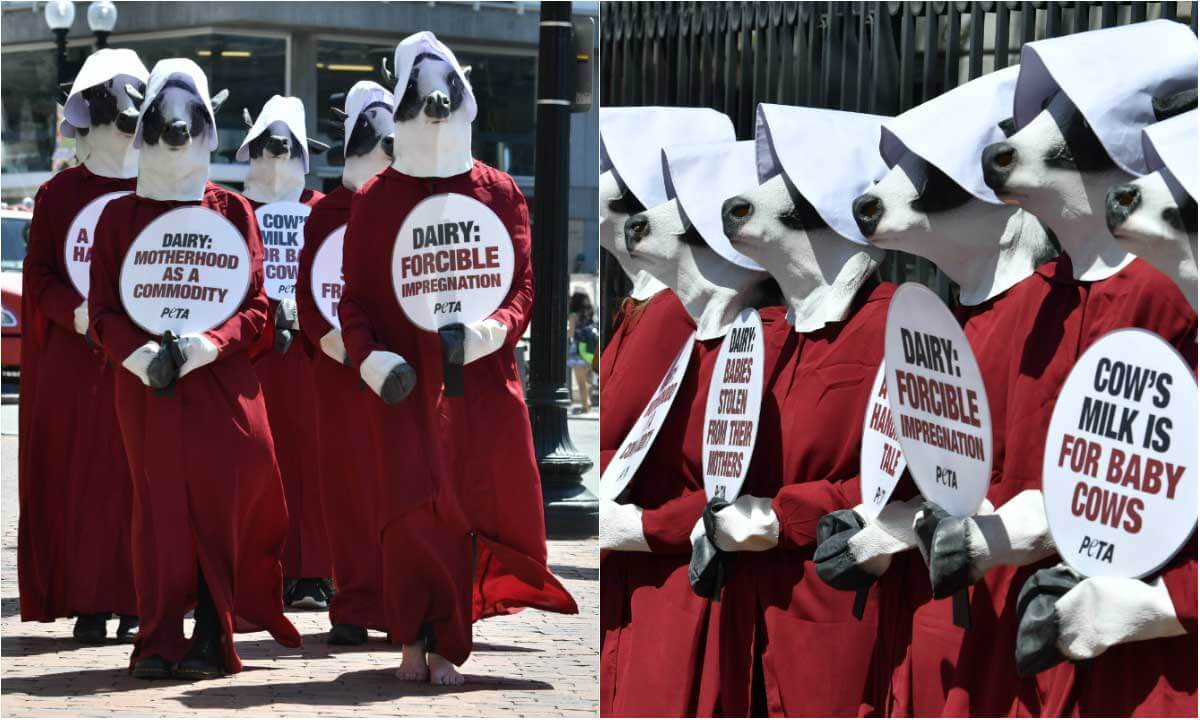 As veterinary medicine graduates attended Texas A&M University’s (TAMU) recent commencement ceremony, PETA held a nearby protest with signs proclaiming, “Dogs Are Suffering at TAMU.” The protesters called on the school to stop cruel muscular dystrophy (MD) experiments, for which dogs are deliberately bred to develop a crippling and painful form of canine MD that leaves them struggling to walk, swallow, and even breathe.

Activists Show Their Stripes When UniverSoul Circus Comes to Town

In Richmond, Virginia, compassionate people—including PETA’s bodypainted “zebra”—lined up outside venues hosting UniverSoul Circus shows to protest the use of animals for entertainment. 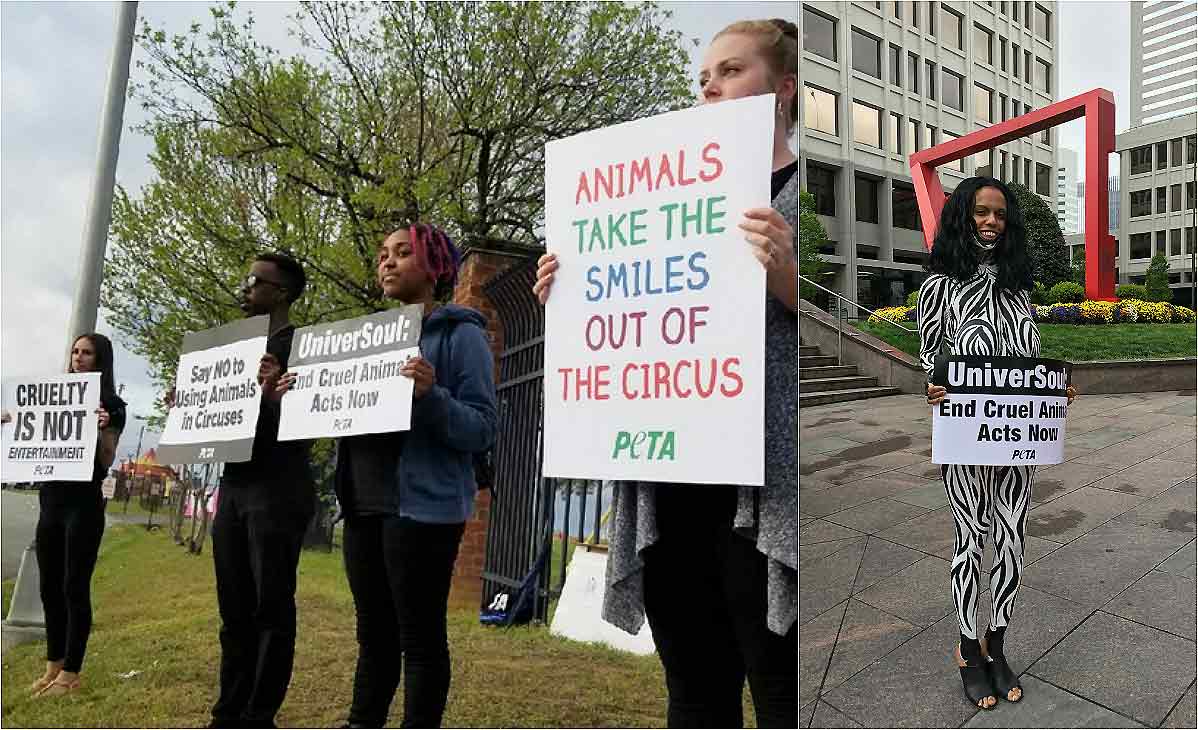 And when UniverSoul rolled into Charlotte, North Carolina, PETA’s bodypainted “tiger” was already there, informing the public about the ways in which animals suffer when used in circus shows. UniverSoul is known for having some of the best human talent around, and the circus needs to recognize the change in public opinion and eliminate animal acts immediately. 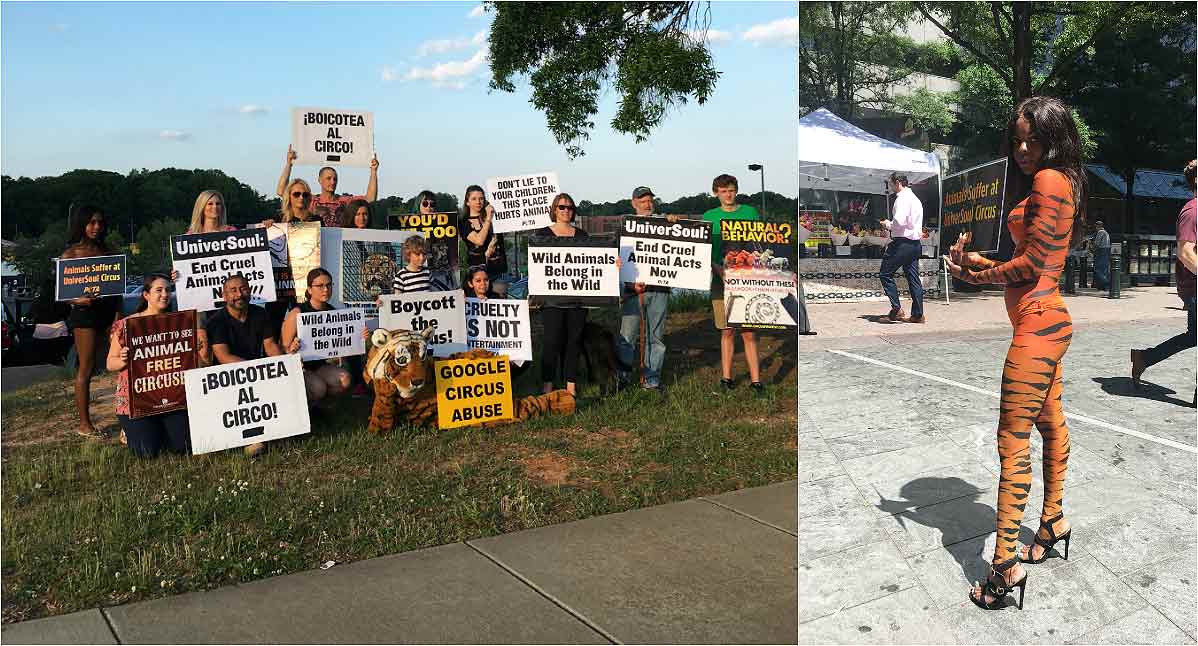 You can help: Urge UniverSoul Circus to end all cruel animal acts.

These Canadian activists took to a Vancouver market to inform the public about the ways in which donkeys are suffering and dying on Chinese farms before their skin is boiled down to make gelatin for ejiao—a traditional “medicine.” 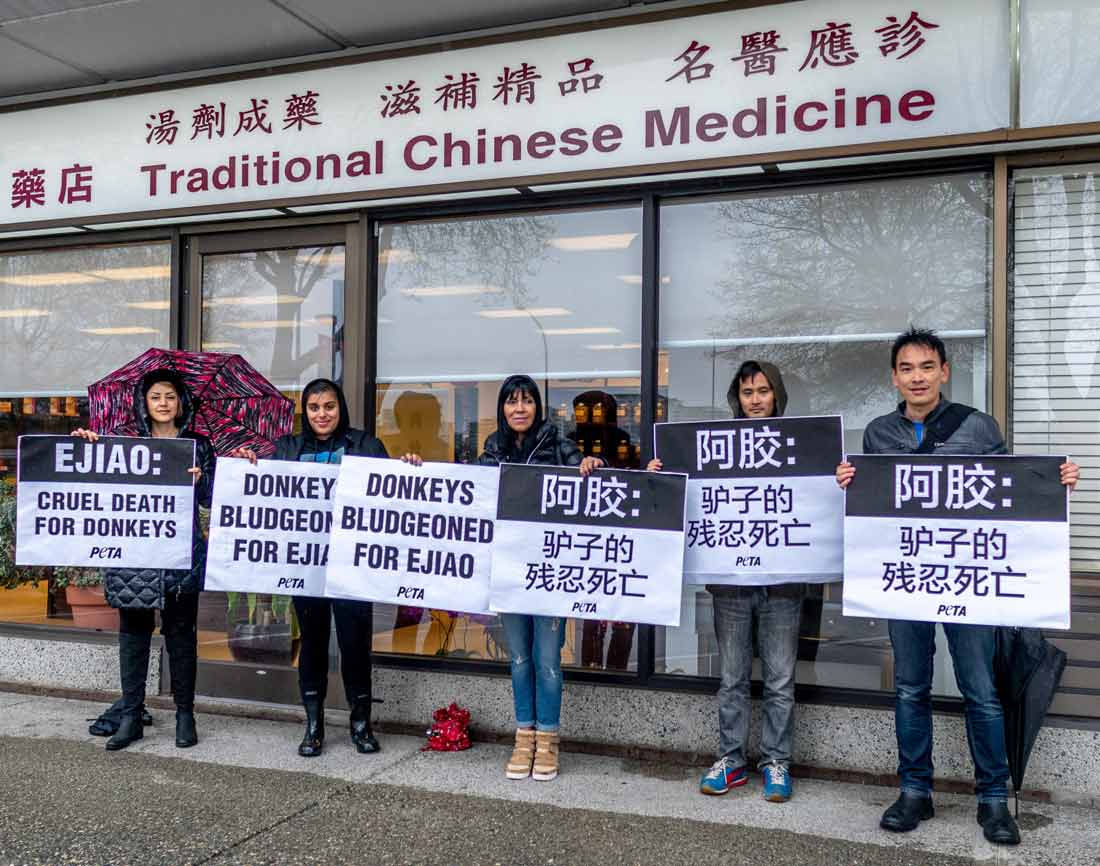 With a giant, “flaming” bottle prop at their sides, these PETA supporters stood outside the Louisville, Kentucky, headquarters of the parent company of Jack Daniel’s to keep pressure on the distillery to end its sponsorship of the cruel and deadly Iditarod dog race. 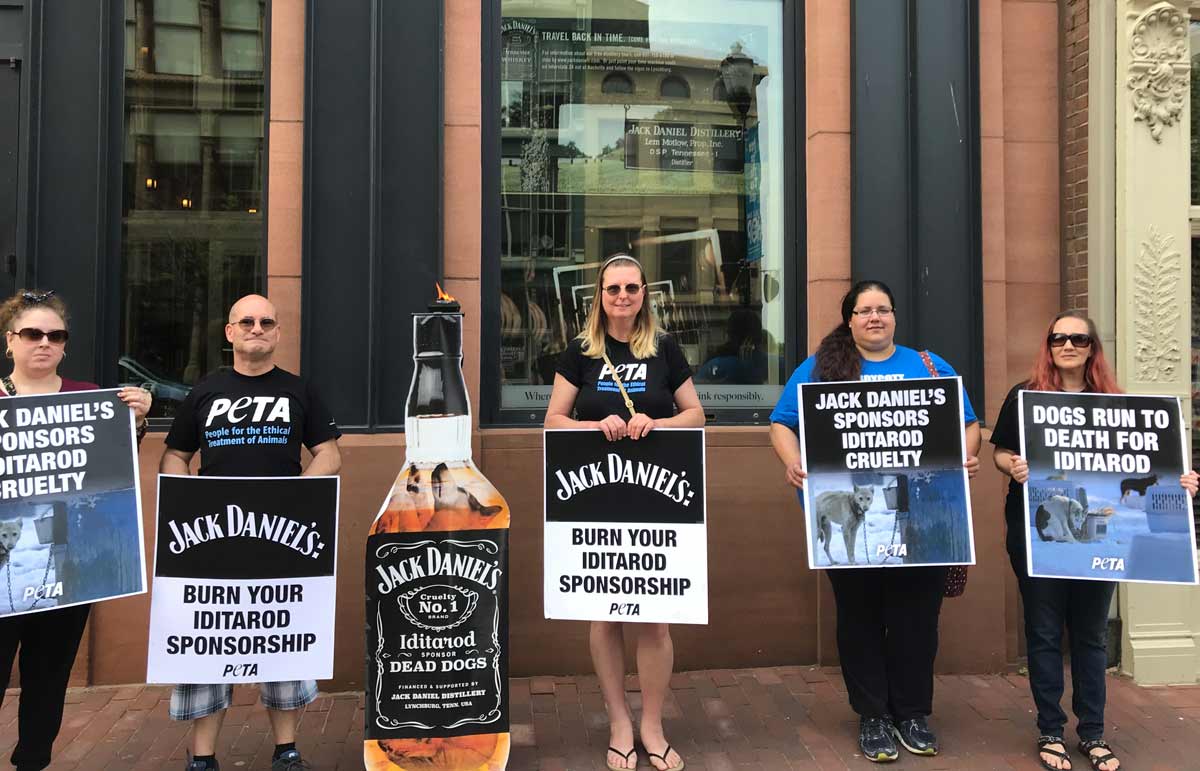 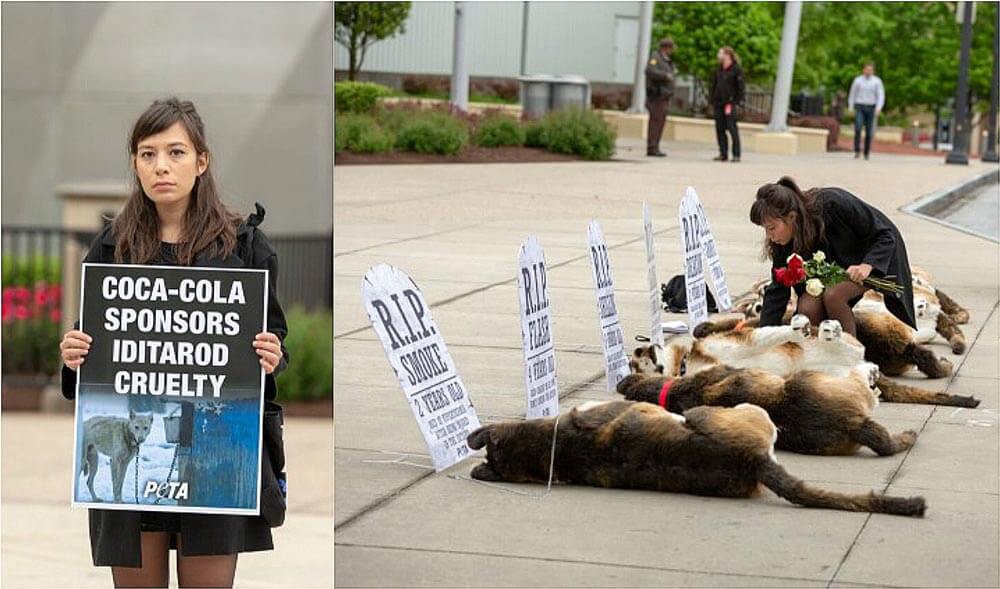 In San Diego and San Antonio, our moving “I, Orca” virtual reality experience—in which participants can seemingly swim freely with other orcas and learn about the tragedy of a mother who lost her baby to SeaWorld—showed hundreds the suffering and anguish that animals trapped at SeaWorld parks feel. 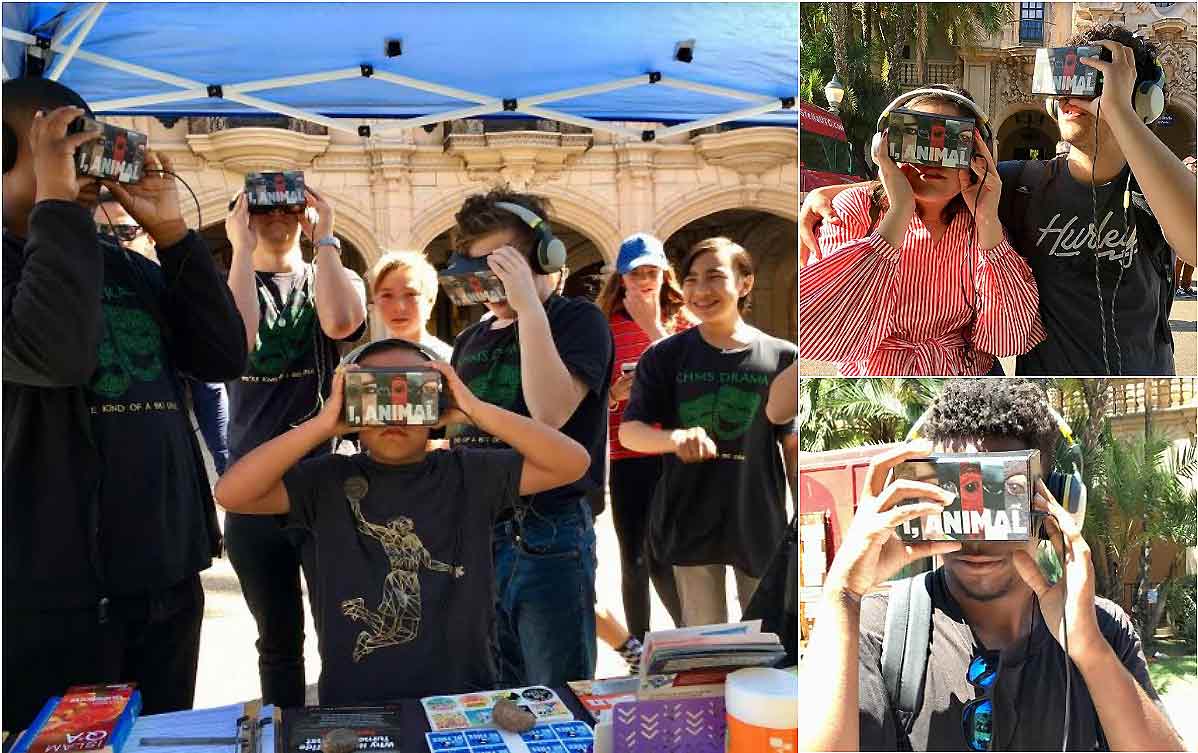 PETA’s nationwide network of staffers and volunteers love heading out to events in their local communities to hand out free literature and inform the public about all things animal rights. Crowds funneled through PETA booths at events from coast to coast as people grabbed vegan starter kits, and got in line to pose with PETA mascot Chris P. Carrot.