Before Dolly went into hibernation, we snapped some footage of her and a fox family of three—which PETA also rescued from the now-defunct roadside zoo in Michigan—thriving in their vast, naturalistic habitats at The Wild Animal Sanctuary (TWAS), a true sanctuary in Colorado.

At TWAS, Dolly enjoys a multi-acre enclosure that features a large pond, natural topography, and soft ground for roaming and digging. Her fox friends live in a separate enclosure built just for them by the sanctuary, featuring tall grass for hiding and plenty of space for play—a remarkable improvement from the cramped, barren pen they were forced to exist in at Sunrise Side Nature Trail and Exotic Park.

Thanks to PETA, TWAS, and you, these four animals and many others rescued from tourist traps are finally getting the expert veterinary care and rich lives they deserve. We need your continued help to force other roadside zoos to empty their cages and shutter their doors, too.

Keep scrolling to learn how you can speak out for bears trapped at another Michigan hellhole.

BREAKING: A black bear named Dolly and three foxes—the last animals to be kept at Sunrise Side Nature Trail and Exotic Park, a defunct Tawas City, Michigan, roadside zoo—arrived this morning at The Wild Animal Sanctuary (an accredited sanctuary) in Colorado, courtesy of PETA. After federal authorities took the extraordinary step of confiscating an injured bear from the former tourist trap, its owners agreed to relinquish the remaining animals and never again acquire or possess wild or exotic animals. PETA wasted no time in arranging the animals’ transfer to their spacious new home. 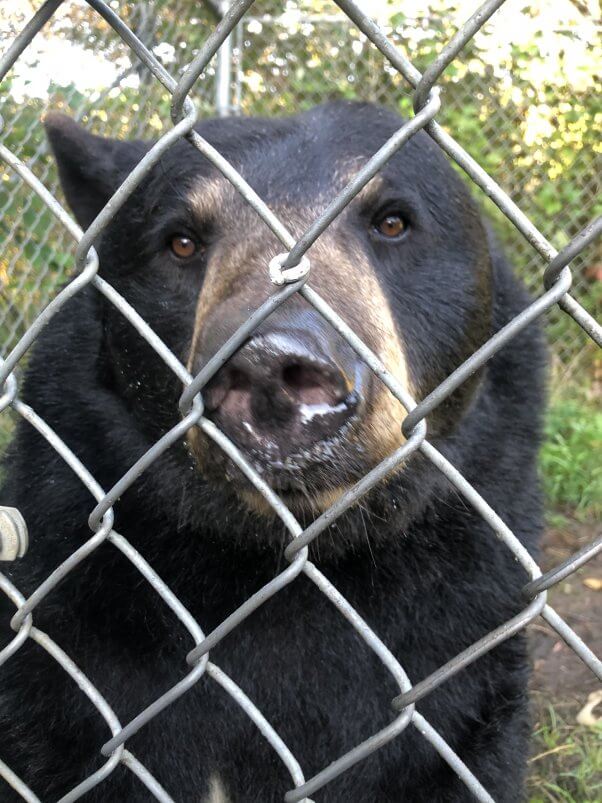 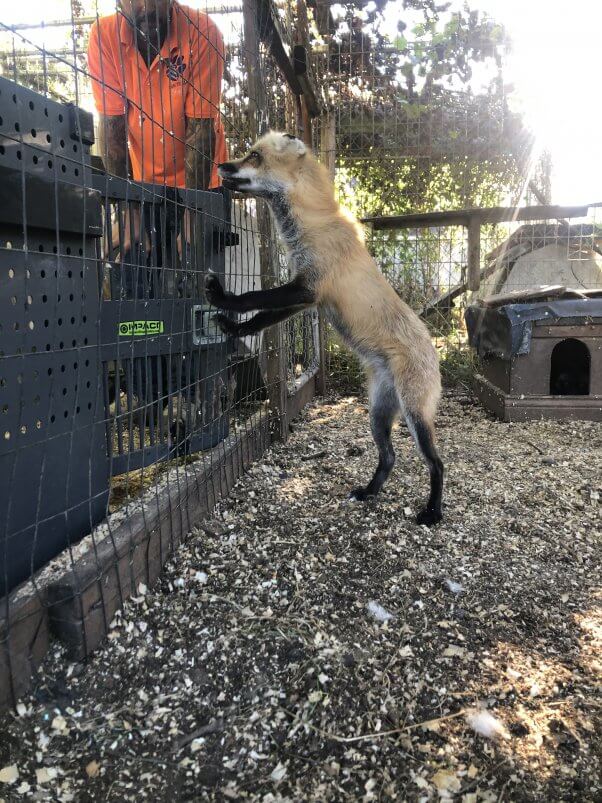 “These animals will finally have the expert veterinary care and rich lives they deserve, now that the sun is setting on Sunrise Side at last.”

Here are some details about animals formerly held at the roadside zoo, according to recent U.S. Department of Agriculture (USDA) inspection reports:

Now, no more animals are suffering at Sunrise Side.

Following a PETA complaint, Sunrise Side was cited by the USDA after the owners’ 15-year-old granddaughter, who worked at the facility, opened a gate and allowed a 60-year-old visitor to enter a lion’s cage. The lion bit off a piece of the woman’s finger.

Check back or follow @peta on Twitter to see photos and video of the bear and foxes at The Wild Animal Sanctuary, after the animals have become acclimated to their new, true sanctuary home!

While PETA and accredited sanctuaries like The Wild Animal Sanctuary continue to join forces and secure new, richer lives for exploited animals, there’s something that you can do, too: Help shut down roadside zoos by steering clear of these places at all costs. One prominent example is Oswald’s Bear Ranch, a death trap located just down the interstate from the now-defunct Sunrise Side. This seedy roadside zoo calls itself “a place of rescue,” even though roughly 79% of bears acquired by Oswald’s between 1999 and 2019 were cubs who’d been bred in captivity, apparently for photo ops. Plus, at least six bears at the ranch have been slaughtered and another was killed for being too “mean,” and 16 cubs under the age of 2 have apparently died suddenly at Oswald’s, even though bears left alone in nature can live into their 30s.

Since 2012, PETA has actually helped to rescue 76 bears from dire situations, including Dolly from Sunrise Side, and that number will keep growing until no bear is forced to perform for cruel photos ops, as those at Oswald’s Bear Ranch are. Help PETA protect more bears from cruelty and neglect by never patronizing a facility that offers photo ops or allows guests to play with cubs! Click below to call on Oswald’s to send the bears there to reputable sanctuaries, before more of them die:

Help Bears Trapped at This Other Michigan Hellhole