Tiger King helped reveal some of the shady characters who profit from animal abuse and exploitation. But many other animals besides tigers are torn away from their mothers, kept in squalid conditions, and used for public encounters so that roadside zoos can make money.

Here are just a few of the most common types of animals suffering in roadside zoos besides tigers:

Like most primates, ring-tailed lemurs are highly social, complex, intelligent animals. In nature, they live in groups of up to 30 individuals and spend a significant amount of time grooming each other. When they’re not eating, lemurs love to sunbathe. They talk to one another constantly to keep the group together, using at least 28 different calls. 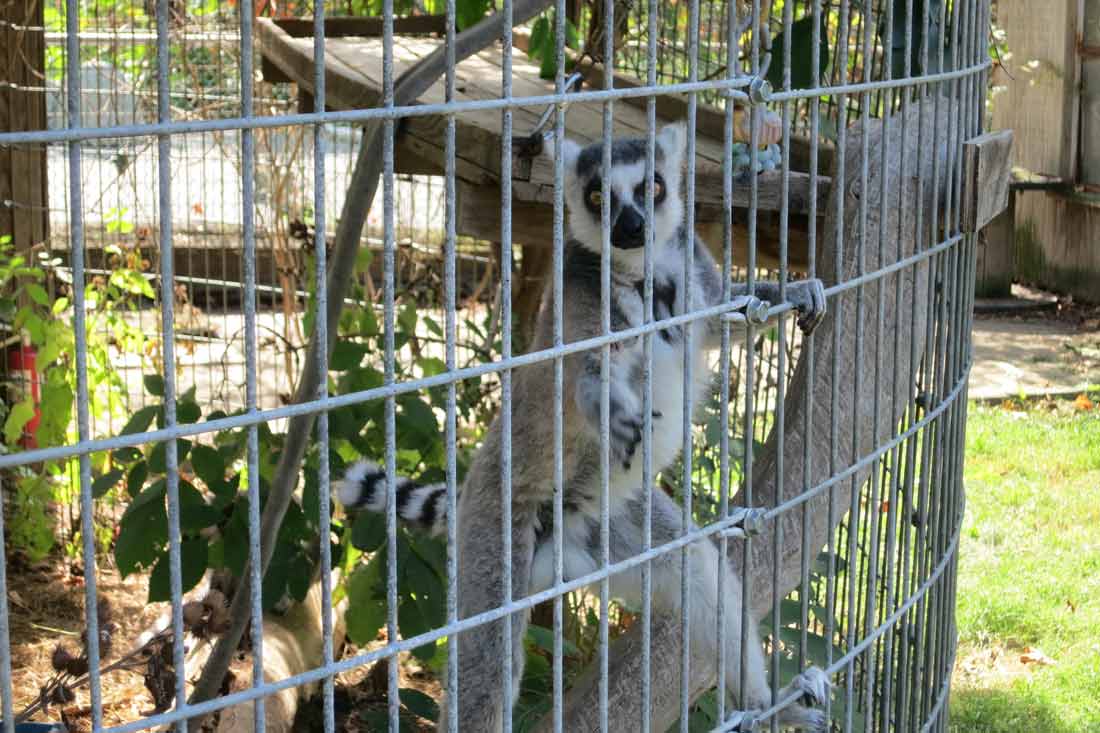 In roadside zoos, they may be kept in solitary confinement or taken from their mothers and forced into public encounters. Instead of exploring as they please and living in peace in Madagascar forests, they’re often kept in barren, dingy cages at shoddy facilities. These conditions can lead to the development of repetitive, abnormal forms of behavior, such as pacing and rocking, which is a sign that they’re in extreme psychological distress. 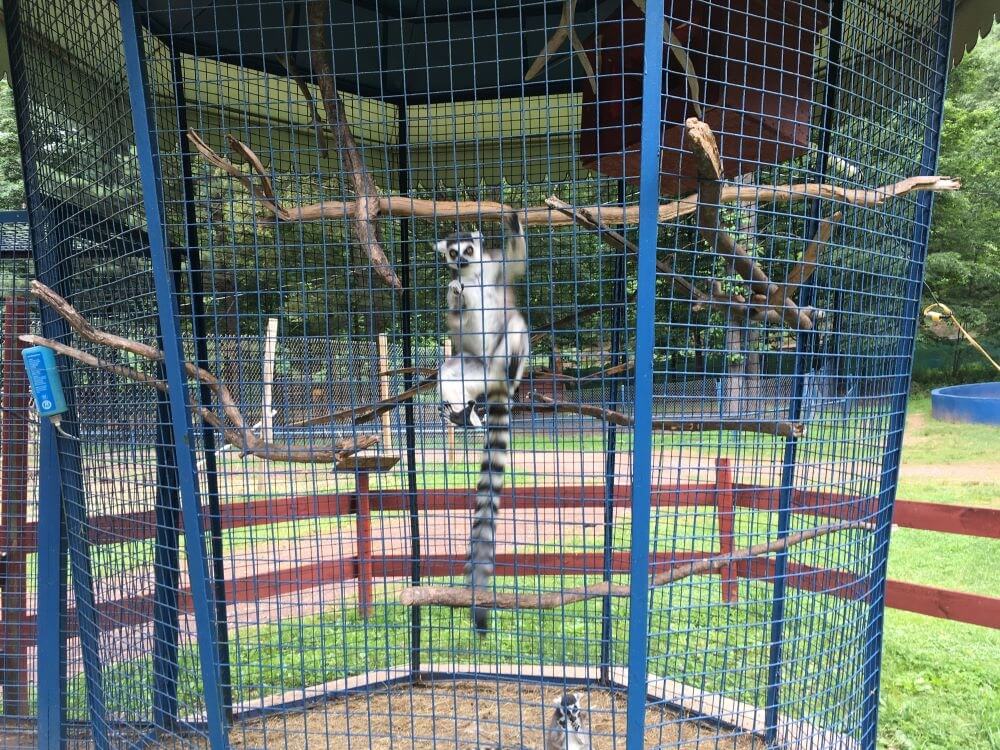 Tim Stark of Wildlife in Need, also seen in Netflix’s Tiger King, admitted that two ring-tailed lemurs at his Indiana facility died of apparently preventable causes, after getting into a fight. Two ruffed lemurs held there died because of a malfunctioning heater.

Sloths are excellent swimmers, and while they can’t move well on land, they’re agile in trees. Holding onto branches with only their back legs, they can lean over backwards 90 degrees, and they can turn their heads 270 degrees. They’re the only inverted quadrupeds in the world, using primarily retractor muscles in their arms (similar to human biceps) to pull themselves along branches.

ICYMI: A SeaQuest staffer was criminally charged with cruelty-to-animals after a sloth with BURNS ON HIS FACE was allegedly deprived of veterinary care.

Who could support this cruelty? @SeaQuestUSA shopping mall animal prisons need to be shut down! https://t.co/I4bsv1NmTi

Roadside zoos exploit these animals for their remarkable abilities, using them to draw in visitors for public interactions. Two-toed sloths typically live 30 to 45 feet up high in the forest canopy and rarely come down to the ground, but roadside zoos confine them to small cages and often fail to provide them with adequate care. 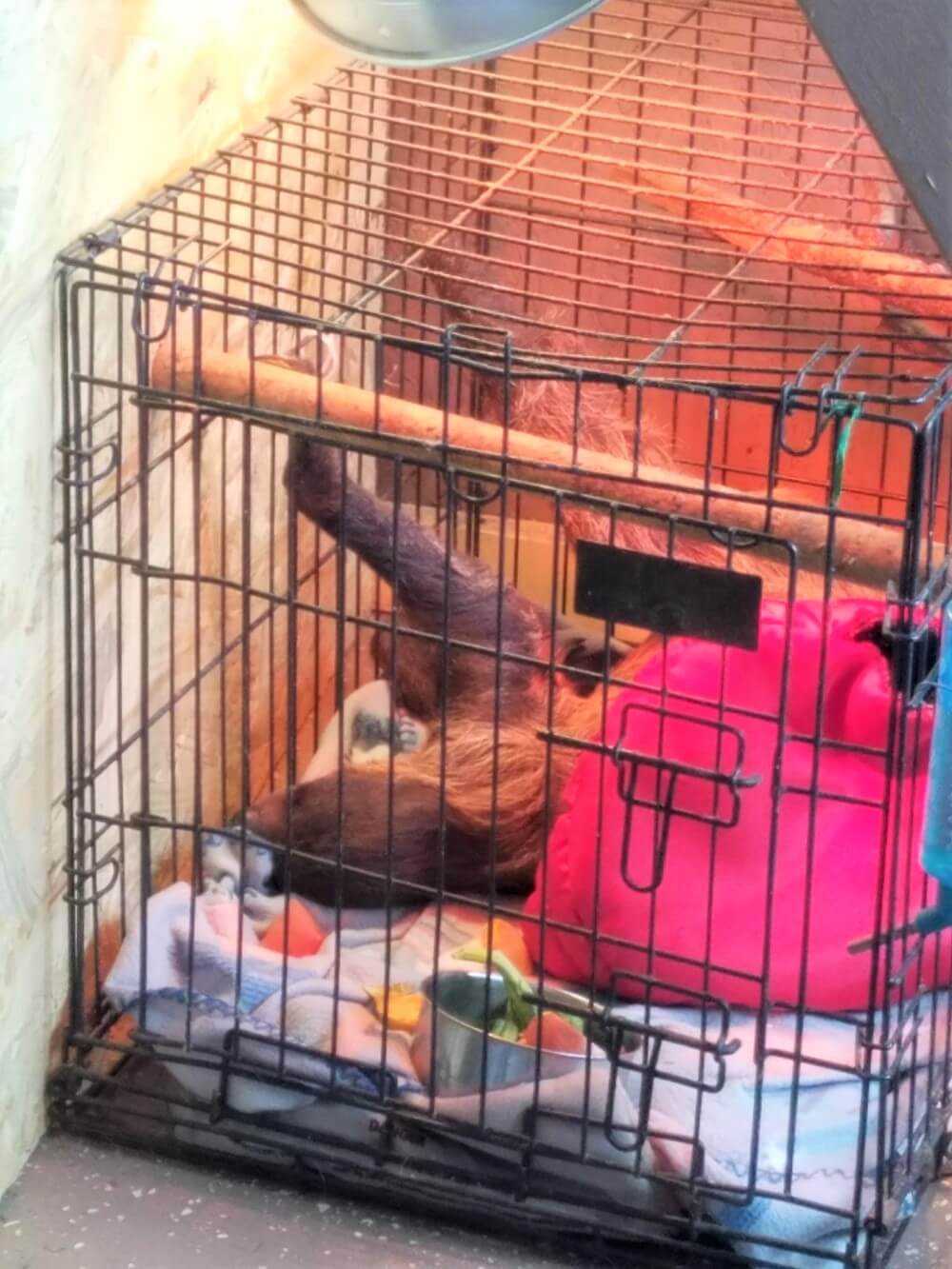 In October 2019, a severely emaciated sloth named Malia died at Debbie Dolittle’s Indoor Petting Zoo in Tacoma, Washington, from apparent neglect. A sloth named Flash held at SeaQuest Littleton in Colorado was burned by a heat lamp twice. SeaQuest was issued a permit citation and a cruelty-to-animals warning by state authorities for knowingly neglecting him by depriving him of veterinary care.

In their natural homes, kangaroos live in groups (called “troops,” “herds,” or “mobs”) of about 50. With the help of their long, powerful tails, they can jump 30 feet in a single bound and travel more than 30 miles per hour. 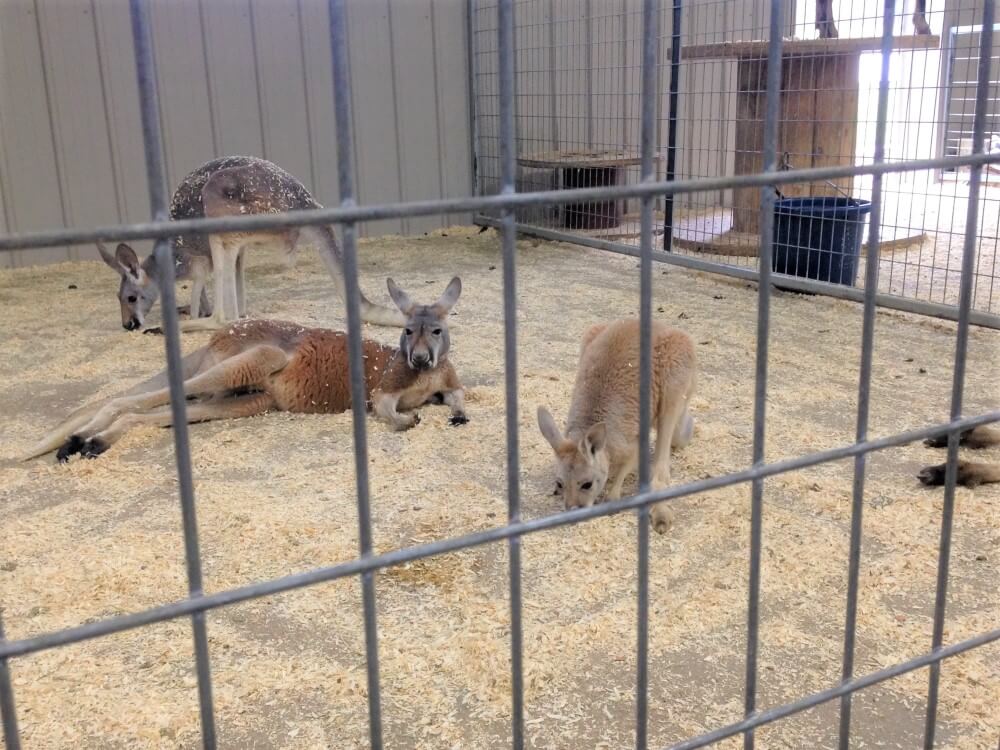 In roadside zoos, they’re often kept in cramped, empty enclosures with little space to move around. At Pleasant Valley Stables in Hartsville, South Carolina, a kangaroo died from strangulation after getting entangled in a loose tarp hanging on a door. 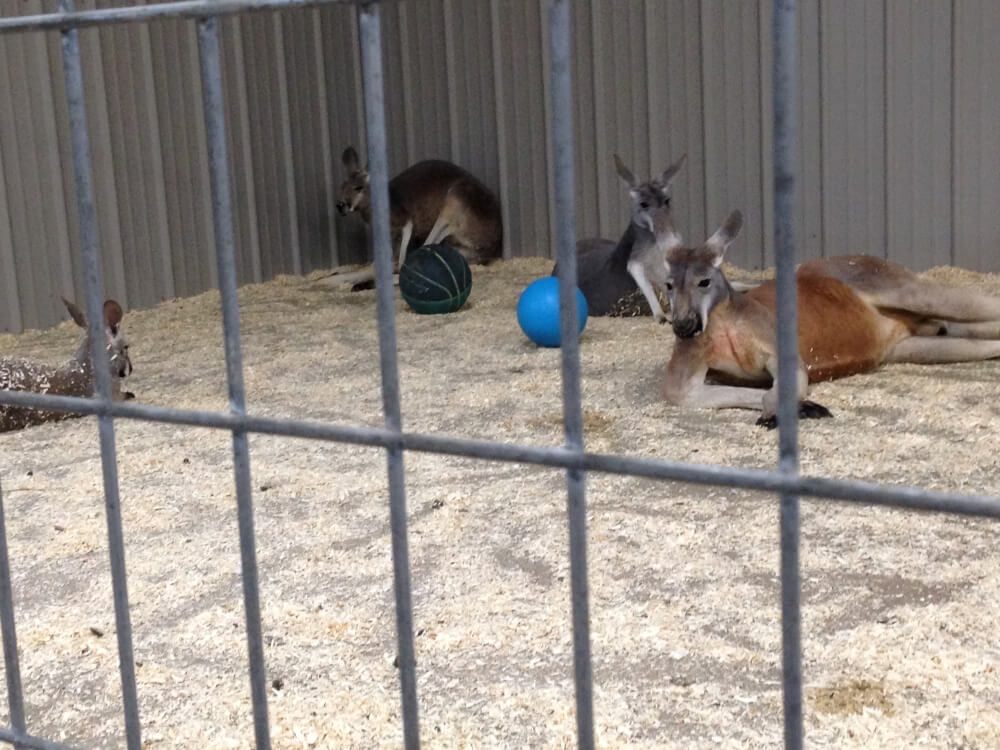 Baby kangaroos (aka “joeys”)—who would stay in their mother’s pouch for 10 months—are often exploited for public encounters before they’re even old enough to have left the safety of their mom’s protection.

For years, the U.S. Department of Agriculture (USDA) has claimed that it will develop regulations for birds at seedy roadside zoos, but it has yet to do so. Push the agency to do its job by taking action here.

While the USDA drags its feet, birds continue to suffer and die as a result of poor conditions, neglect, and lack of veterinary care.

Birds’ most amazing ability is flying, yet roadside zoos imprison them in cages so small they barely have room to do so. Life in captivity commonly equates to a death sentence for birds, who are often lonely and malnourished and suffer from the stress of confinement. With little or nothing to do, they can develop abnormal forms of behavior such as feather plucking and self-injury. 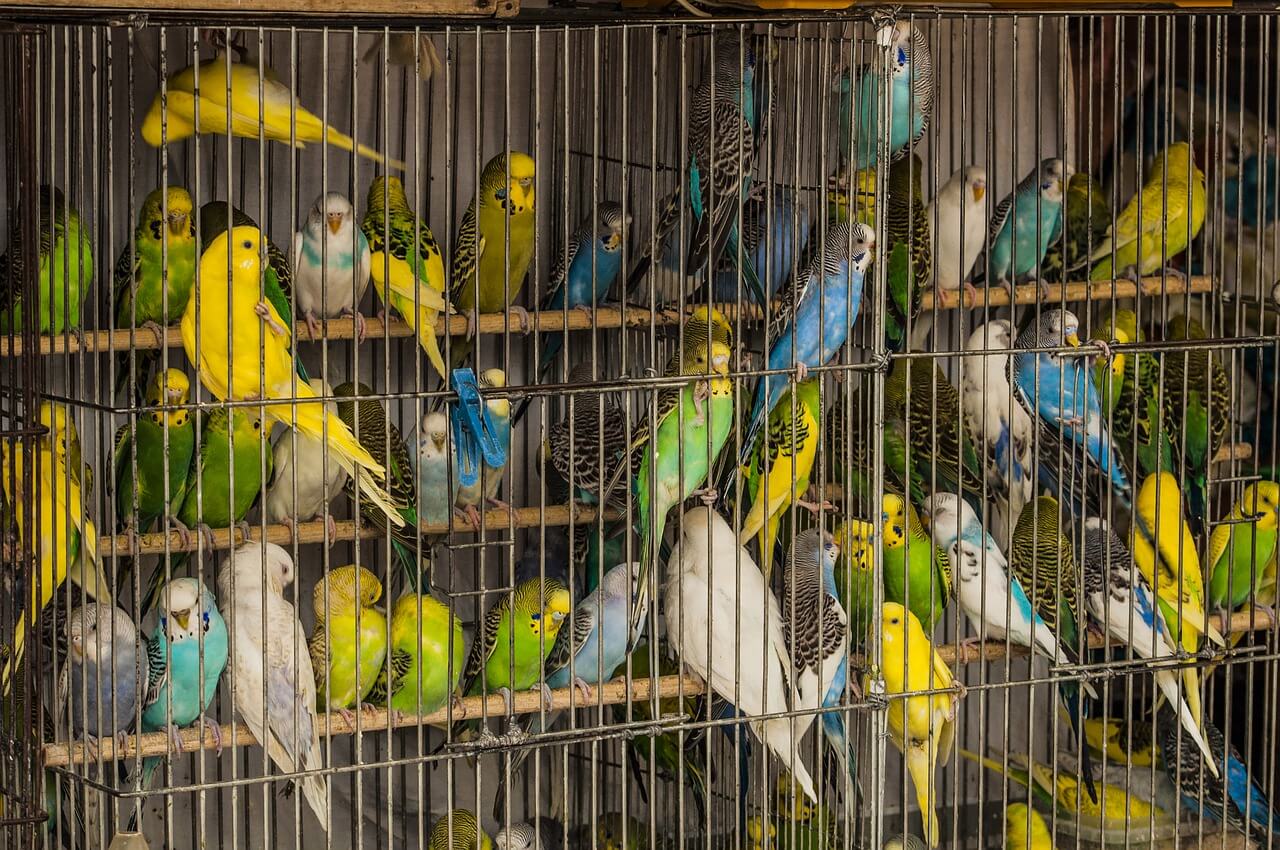 Some birds form large flocks when feeding and roosting, and many mate for life, living in pairs and family groups. At roadside zoos, animal abusers typically keep them all alone. 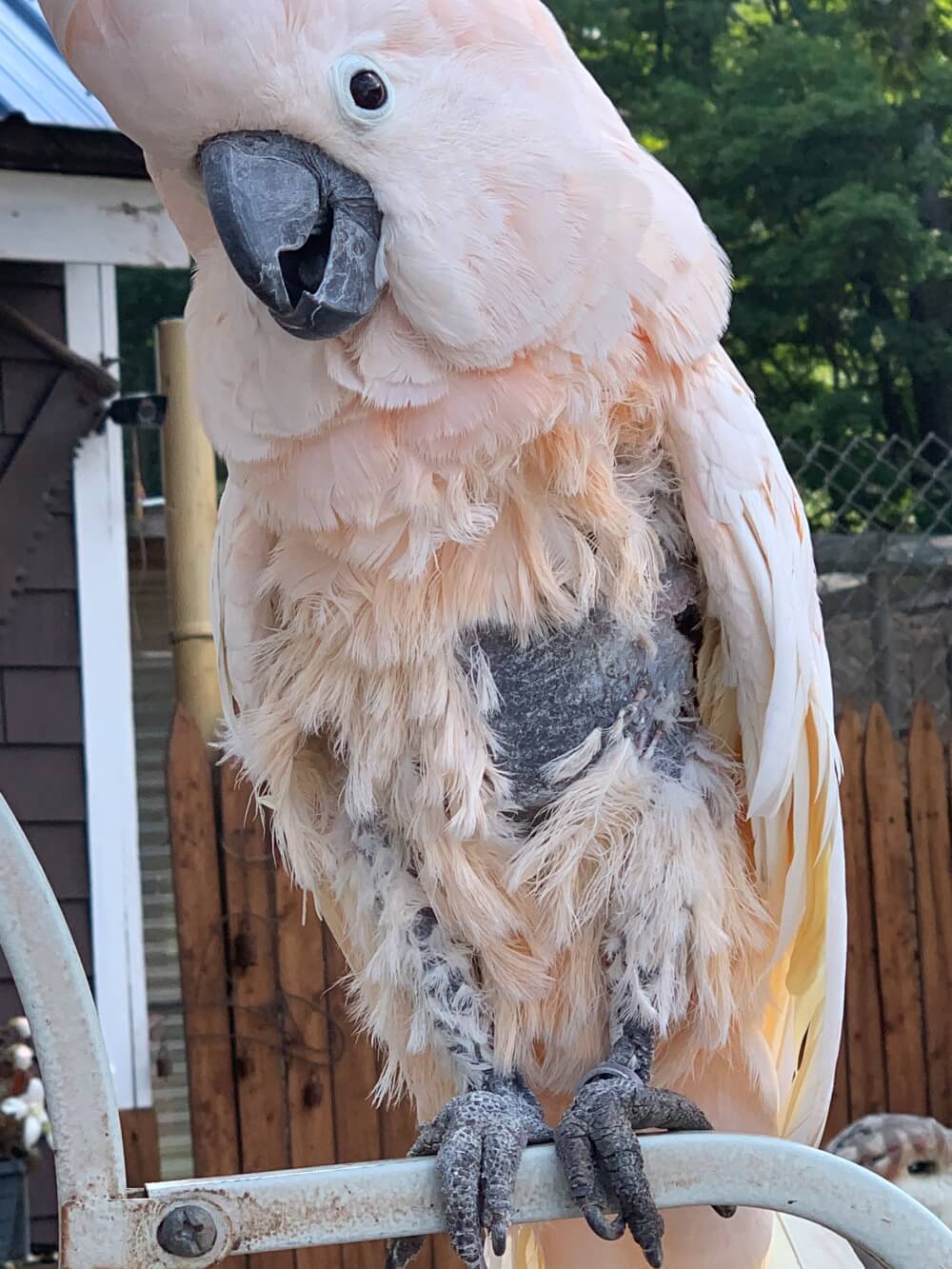 Many roadside zoos, including Tiger King‘s Joe Exotic’s G.W. Zoo, fail to provide birds with proper care. In 2015, Joe posted photos on Facebook of two macaws and a cockatoo dead on the floors of filthy cages.

The condition of the cages suggested that the animals likely endured neglect, trauma, stress, starvation, and dehydration before they died.

At Amarillo Wildlife Refuge, a pseudo-sanctuary in Texas, several inches of feces was found in a canary cage. The waste overflowed into a cage confining a cockatoo, and several raptors were confined to cages with maggots, feces, and rotten meat.

Reptiles are also kept at roadside zoos, sometimes in even worse conditions, as the federal Animal Welfare Act excludes these animals. The USDA has no plan for developing regulations to protect them.

Crocodiles blow bubbles as a form of play. Snakes are intelligent, quick learners, and some species even “play possum” until potential threats have passed. Tortoises remember interactions with other tortoises and treat their neighbors differently depending on whether those interactions were positive or negative. 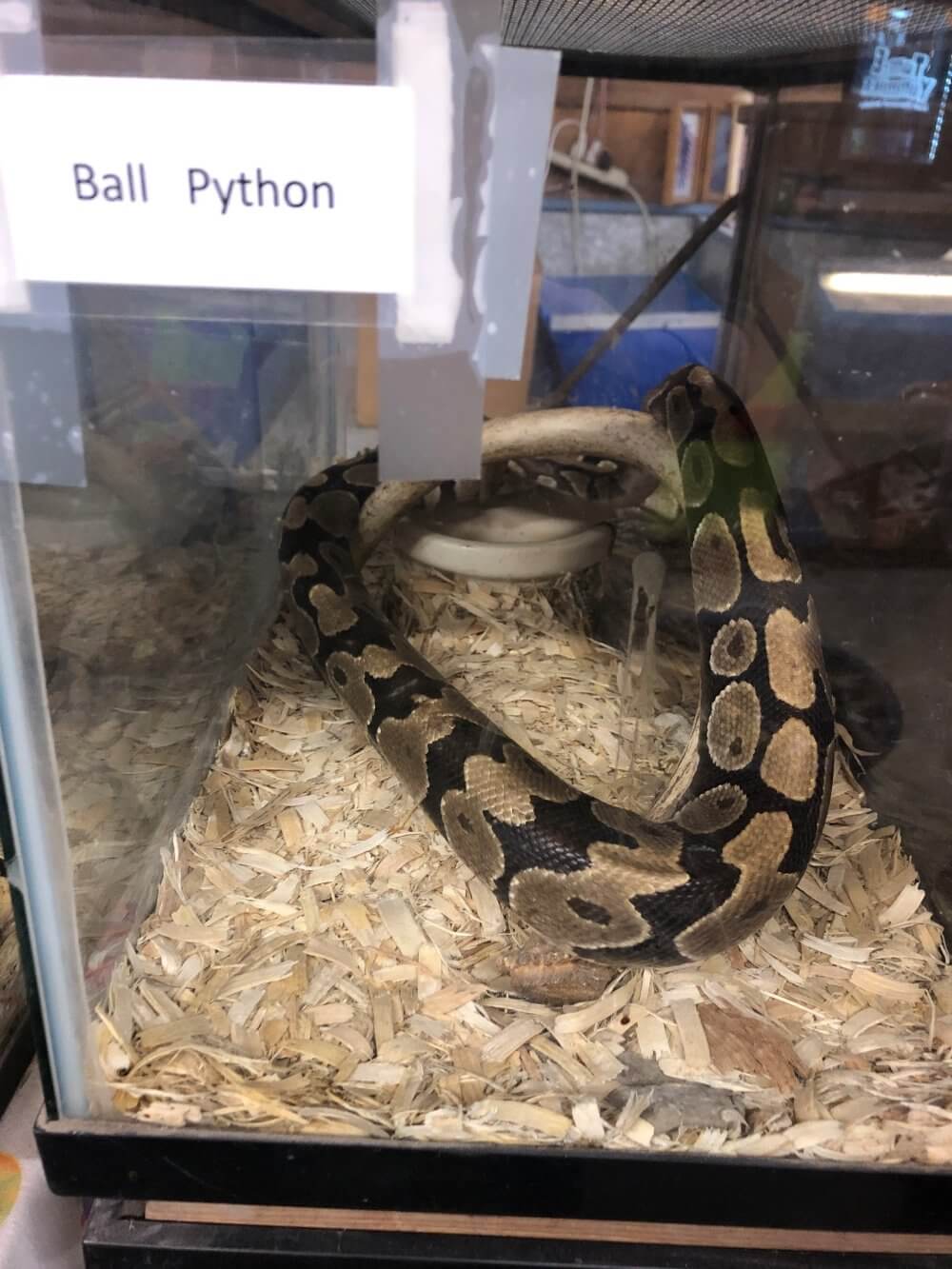 Just like us, animals have emotions. They want to enjoy life, and they feel fear when their lives are threatened.

Yet in roadside zoos, snakes are often kept in barren tanks so small they can’t even stretch out. At a seedy facility in Florida called Suncoast Primate Sanctuary, exploiters keep alligators in squalid conditions and use their babies in public encounters. 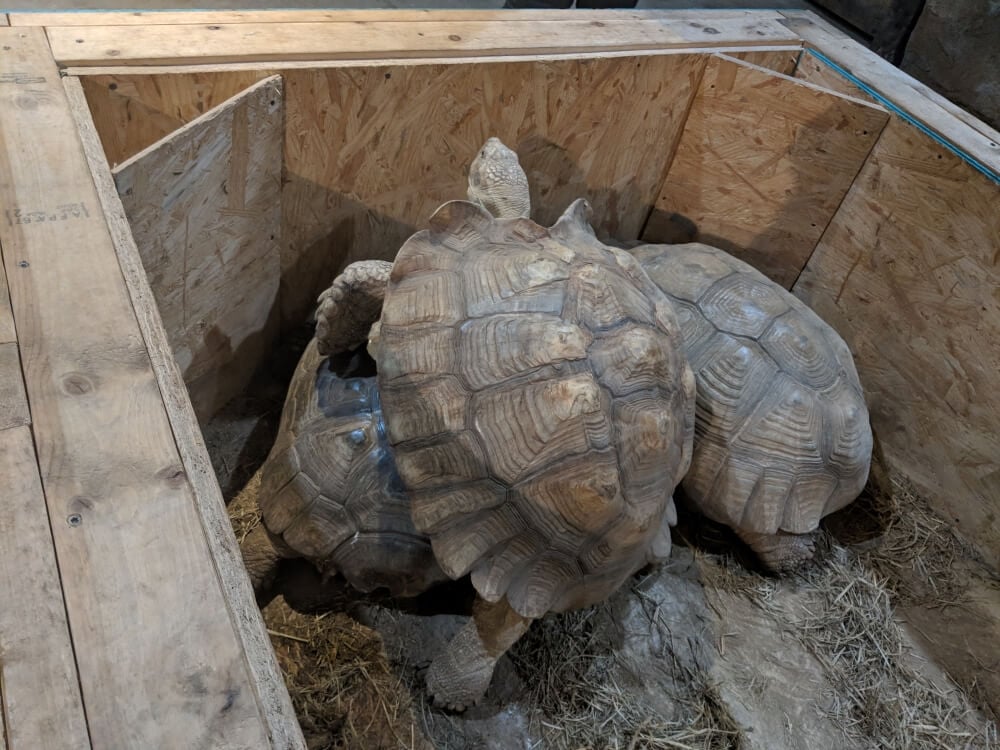 Many tortoise species dig underground dens to regulate their body temperature and escape the heat or a potential threat. In roadside zoos, they may be kept in cramped, bleak indoor spaces with no opportunity to dig and nowhere to hide.

On numerous occasions, raging fires at roadside zoos have killed reptiles. Without USDA regulation, exploiters never answer for these deaths. A shack owned by Joe Exotic containing multiple alligators and at least one crocodile caught fire, killing all the animals inside.

No animal wants to be taken from their family and confined.

Animals are just trying to get by in life. It’s wrong to exploit suffering wild and exotic animals so that humans can gawk at them in unnatural environments that offer them no fulfillment.

Please, never visit a roadside zoo or pay to interact with wild or exotic animals. If you do see poor conditions at a facility, report this to authorities. You could also distribute informative leaflets about roadside zoos and write letters to the editor of your local newspaper.

Click on the button below to speak up for animals held captive at roadside zoos.