An employee of SeaQuest Littleton in Colorado who faced cruelty-to-animals charges in court after failing to notify a veterinarian when a sloth was burned by a heat lamp on two separate occasions was acquitted at trial. SeaQuest’s veterinarian—who originally told Colorado Parks and Wildlife (CPW) that she was concerned that she was not made aware of the severity of the sloth’s condition—testified during the trial that she wasn’t alarmed by the company’s lack of communication regarding animal care and treatment.

According to the state’s investigation reports, the veterinarian initially told authorities she didn’t advise on treatment and would not have prescribed coconut oil or honey to treat the sloth’s burns, but on the stand, she told the jury she felt it was “appropriate.” Regardless of the outcome of the criminal trial, the facts remain—the sloth suffered painful burns not once, but twice, because SeaQuest couldn’t be bothered to prevent the animal from accessing a heat lamp. SeaQuest was also verbally warned twice by Jefferson County Animal Control for failing to have adequate screens to protect animals from heat lamps.

Earlier this year, CPW issued a summons and complaint to Ashleigh Belfiore—SeaQuest’s reptile, bird, and mammal manager—with one count of cruelty to animals for “knowingly neglect[ing] an animal by depriving [him] of veterinary care.”

According to CPW’s case report, SeaQuest staff told the agency that a sloth named Flash was burned on his face twice. The first time, his nose left an imprint behind on the heat lamp. His face became swollen from the burn as well. Apparently, instead of seeking veterinary care for the injury, the staff treated him with honey, coconut oil, and Neosporin.

Reportedly, a week went by before SeaQuest’s contracted veterinarian made a routine visit to the facility. Staff members claimed that she saw Flash and prescribed care. However, the veterinarian told CPW that she didn’t specifically see the sloth on that visit and didn’t recall being told about his burn—or that if she was told about it, the staff made it seem so insignificant that she didn’t make a note of it and was unconcerned. She also stated that she wouldn’t have prescribed coconut oil or honey.

About a month later, Flash sustained another facial burn. This one was more severe and caused swelling around his eyes, nose, mouth, and lips. Multiple areas of rawness and redness were observed, with scabbing and sloughing of the skin, and some of the wounded areas were oozing. The sloth winced when he ate. According to the CPW case report, Belfiore stated that Flash’s “whole face” was swollen, and she described the injuries as “very very red, very rawish.” Despite this, she reportedly didn’t notify the contracted veterinarian.

Belfiore’s trial is scheduled to take place on September 30 and October 1.

In addition to charging her with cruelty to animals, CPW issued SeaQuest a permit citation and a cruelty to animals warning for failing to provide Flash with “safety and protection” and for knowingly neglecting him by depriving him of veterinary care.

The permit citation relating to Flash is just one of the violations leading authorities to suspend SeaQuest Littleton’s license for two years. (Read more below.)

Just days after PETA broke the news that two SeaQuest locations had their licenses suspended or revoked for numerous violations, we’ve secured a huge victory over the mall-based animal abusers! 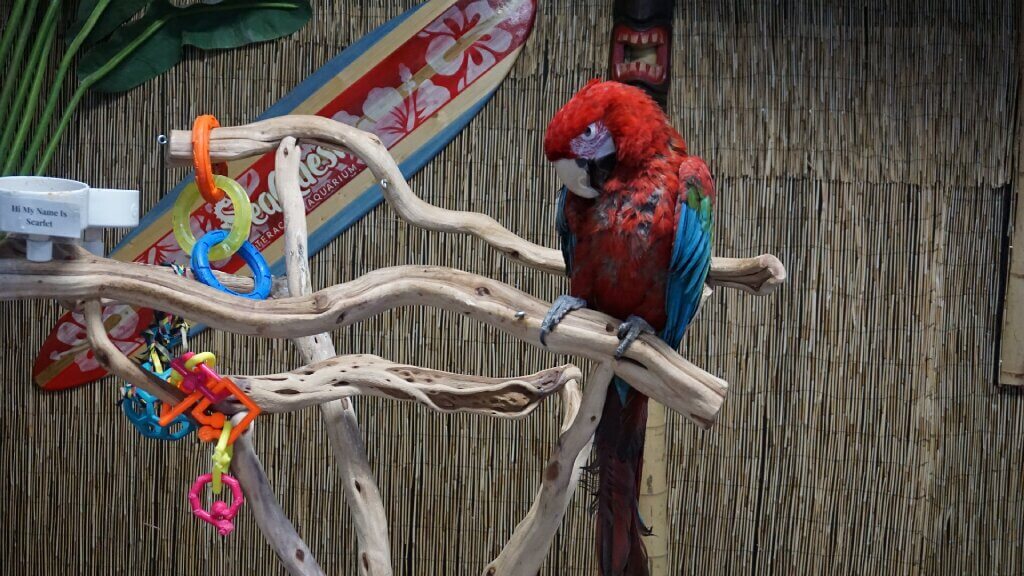 SeaQuest has withdrawn its application to proceed with a planned facility in Oyster Bay, New York, after PETA contacted the town’s board identifying legally required disclosures regarding enforcement actions against the company that SeaQuest failed to provide as part of its permit application. The town gave SeaQuest the opportunity to provide that information nearly six months ago, but the shady aquarium company never did—likely ashamed to disclose its ever-growing list of legal violations. Instead, SeaQuest withdrew its permit application.

Since October 2018, PETA—along with Long Island Orchestrating for Nature and other activists—has attended town halls, staged protests, and let everyone know how horrible SeaQuest would be for Oyster Bay’s image and for animals. Thanks to the persistent efforts of our supporters, SeaQuest lost this battle.

But we still have work to do. Keep the pressure on SeaQuest—use our form below to call on numerous companies to drop all future business dealings with the notorious company.

PETA has confirmed that authorities have suspended the permits of two SeaQuest operations. 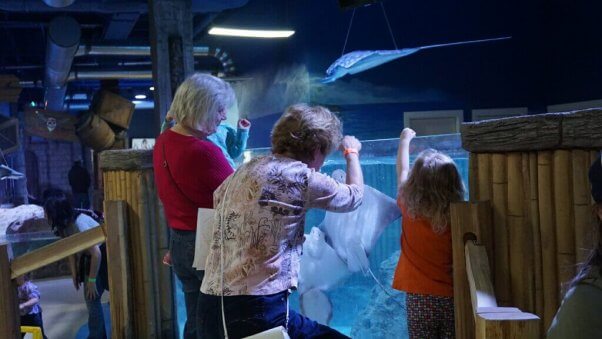 The SeaQuest in Littleton, Colorado, has had its zoological parks license suspended for two years by the Colorado Division of Parks and Wildlife after the facility racked up numerous citations. The license allowed the facility to possess a number of regulated species, including two-toed sloths, capybaras, and Asian small-clawed otters. While the suspension doesn’t shut down the Littleton location, it does prohibit it from imprisoning certain species.

SeaQuest Littleton’s violations included unlawfully importing a two-toed sloth, failing to report the death of a bird who apparently drowned in a water bowl, and failing to report injuries to both humans and other animals. There have been at least 40 human injuries at this location since it opened less than a year ago.

Meanwhile, the SeaQuest in Las Vegas had its exotic-animal permit revoked because the facility possessed unpermitted otters and coatimundi. Earlier this year, it was fined $2,000 for keeping exotic animals, including four illegally bred otters, without a permit. While Las Vegas officials have since given SeaQuest another exotic-animal permit, this new one contains additional restrictions.

Both of these SeaQuest locations have a long history of treating living, feeling animals like inanimate objects for profit.

Last year, SeaQuest Littleton also failed multiple licensing inspections after authorities found birds kept in makeshift or dangerous cages. SeaQuest requested a temporary exemption from the licensing requirement so that it could operate until a license was issued. The request was denied, but the facility opened anyway without the necessary license—so the Colorado Department of Agriculture ordered it to cease and desist operations. Because its license application was denied, SeaQuest tried to circumvent permitting requirements by giving 80 birds to a teenage employee, who eventually gave them away for free.

Former employees of SeaQuest Las Vegas have reported that birds were stepped on and killed, turtles were crushed by children, and an octopus died after being boiled alive in a tank. One former employee alleges that monitor lizards were “put in with fish … related to piranha” and that their tails were eaten “down to bone and tendon.”

Touch Tanks Like Those at SeaQuest Are Abusive to Animals

Touch tanks are just as disgusting as they sound: They’re small, shallow prisons that give marine animals no opportunity to escape and no choice but to be grabbed, poked, and prodded by a constant barrage of human hands. No one would want to be trapped and powerless to stop whatever an approaching stranger wants to do to them—animals included.

Touch tanks such as SeaQuest’s teach patrons that wild animals should be handled and harassed rather than respected.

These violations should be a red flag to anyone, especially those considering doing business with SeaQuest. Using our form below, urge multiple companies to drop all future dealings with the business.