With our new campaign on Facebook’s “Causes” platform, we’re aiming to raise $15,000 in January to fund anti-fur protests, distribute literature, buy ad space, and erect billboards to send the message that fur looks best on its original owners.

Despite the decreasing popularity of fur and the plethora of faux looks in stores this year, some backward designers are still trying to stage a resurgence of real fur. But as designers try to push the cruelest of fashions, we’re pushing back. 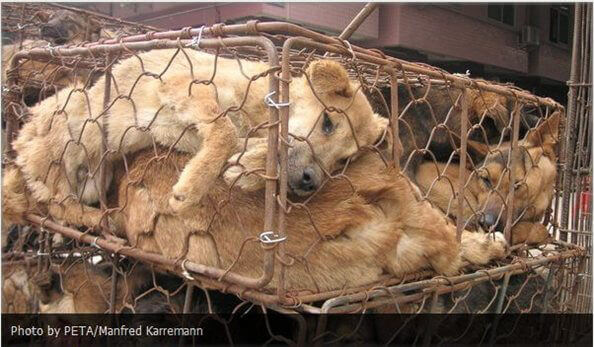 The Facts on Fur

It’s baffling how any clothier with a conscience could ignore the fact that this year alone, more than 2 million animals—including cats and dogs exactly like those we share our homes with—will be shoved into wire cages so tightly that they can’t move and be trucked across China to be slaughtered. Some of them will be dead by the time they arrive. They are the lucky ones.

Those who survive will feel their bones break when workers throw the crates around like rag dolls. They may be beaten and stomped on. Or they may have the skin ripped off their bodies while they scream and thrash in pain.

You can help stop this cruelty by joining our “Causes” campaign and sharing it on your social-networking sites. And please consider making a lifesaving donation today to help end the fur trade.