Following a worldwide PETA campaign, Millennium Hotels and Resorts has confirmed that its nearly 30 years of support for the Iditarod, the notorious dog-sled race in which more than 150 dogs have died, is ending this year.

The decision follows appeals from nearly 500,000 PETA supporters and a campaign including ads on buses in Anchorage, Alaska, “Millhellium” ads in hospitality magazines, a billboard near Millennium’s Times Square hotel in New York City, and dozens of protests around the world, from Alaska to Paris to New Zealand. Only a few major corporate sponsors, such as Liberty Media subsidiary GCI, remain—and PETA recently bought stock in Liberty Broadband to push it to drop its sponsorship. Join us in upping the ante against Liberty Media:

Tell Liberty Media/GCI to End Its Support of the Deadly Iditarod, Too!

It’s an international protest of the cruel Iditarod dog-sled race! Members and supporters of PETA entities around the world are urging one of the deadly event’s last remaining corporate sponsors—Millennium Hotels and Resorts—to spare dogs suffering and cut ties with the Iditarod tout de suite. 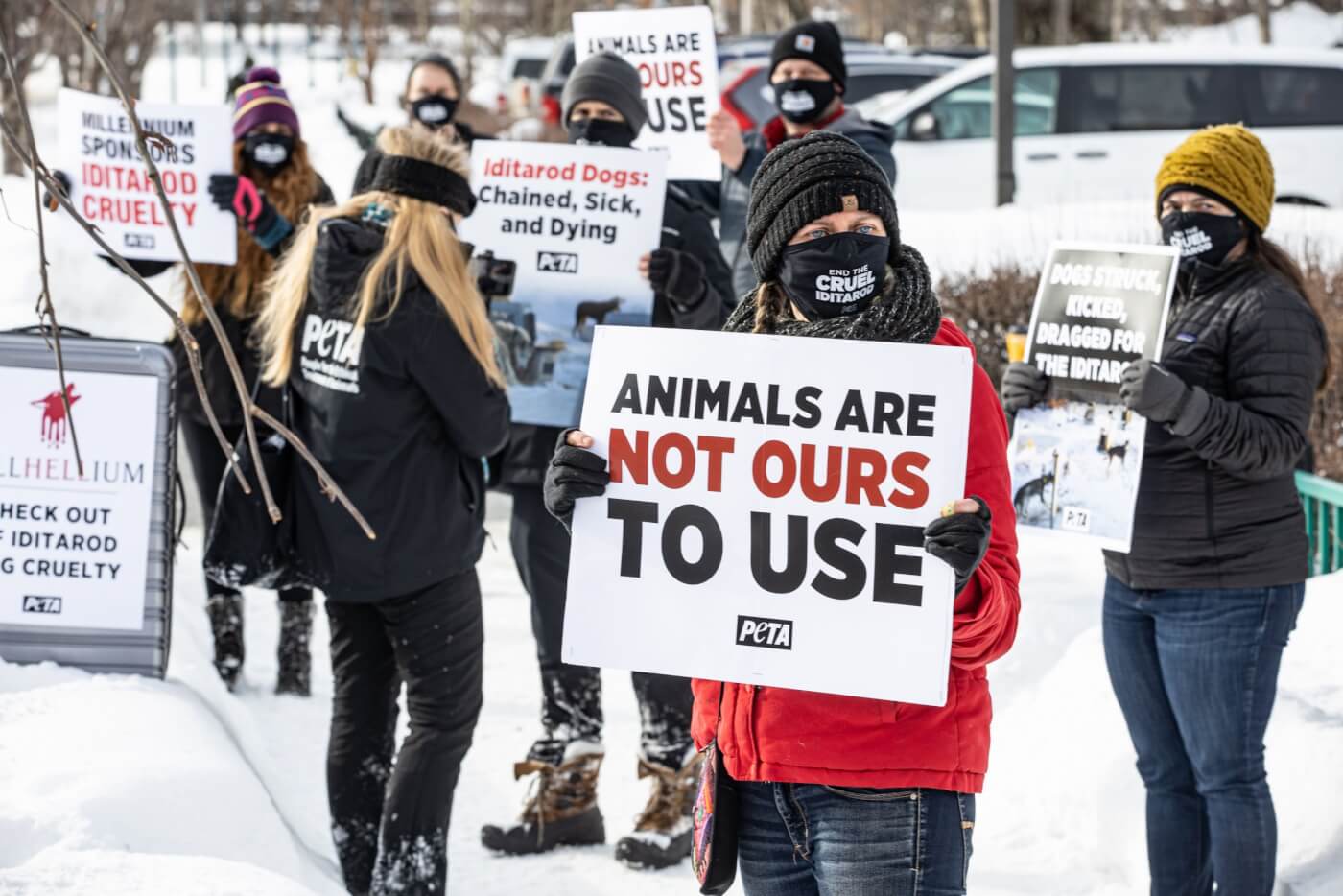 See Photos From Around the World: Activists Call On Millennium Hotels to Cut Ties With the Iditarod

From Anchorage to Los Angeles and from Paris to Manila, our message to Millennium Hotels is the same: Do not disturb animals for the sake of human entertainment. 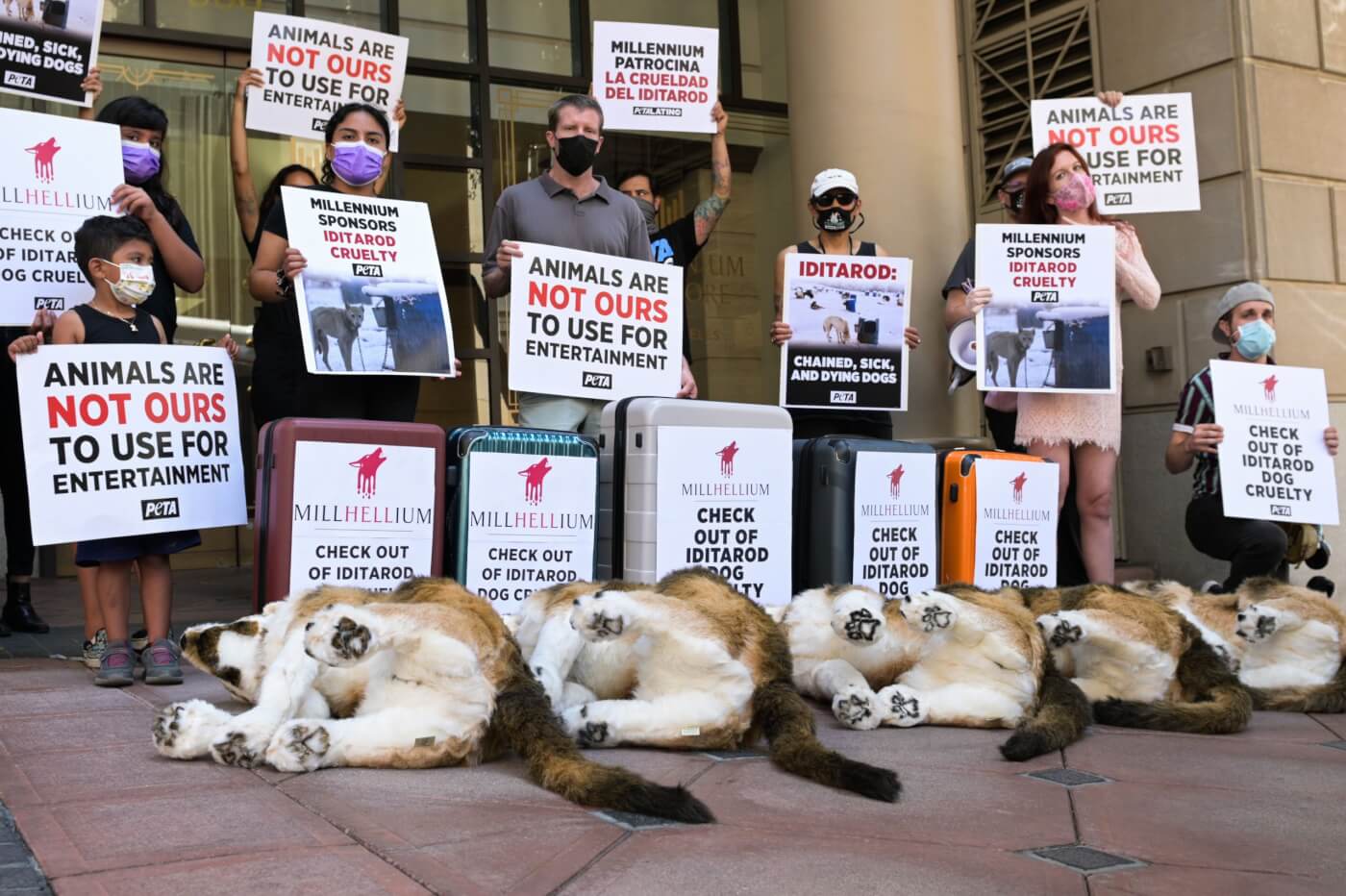 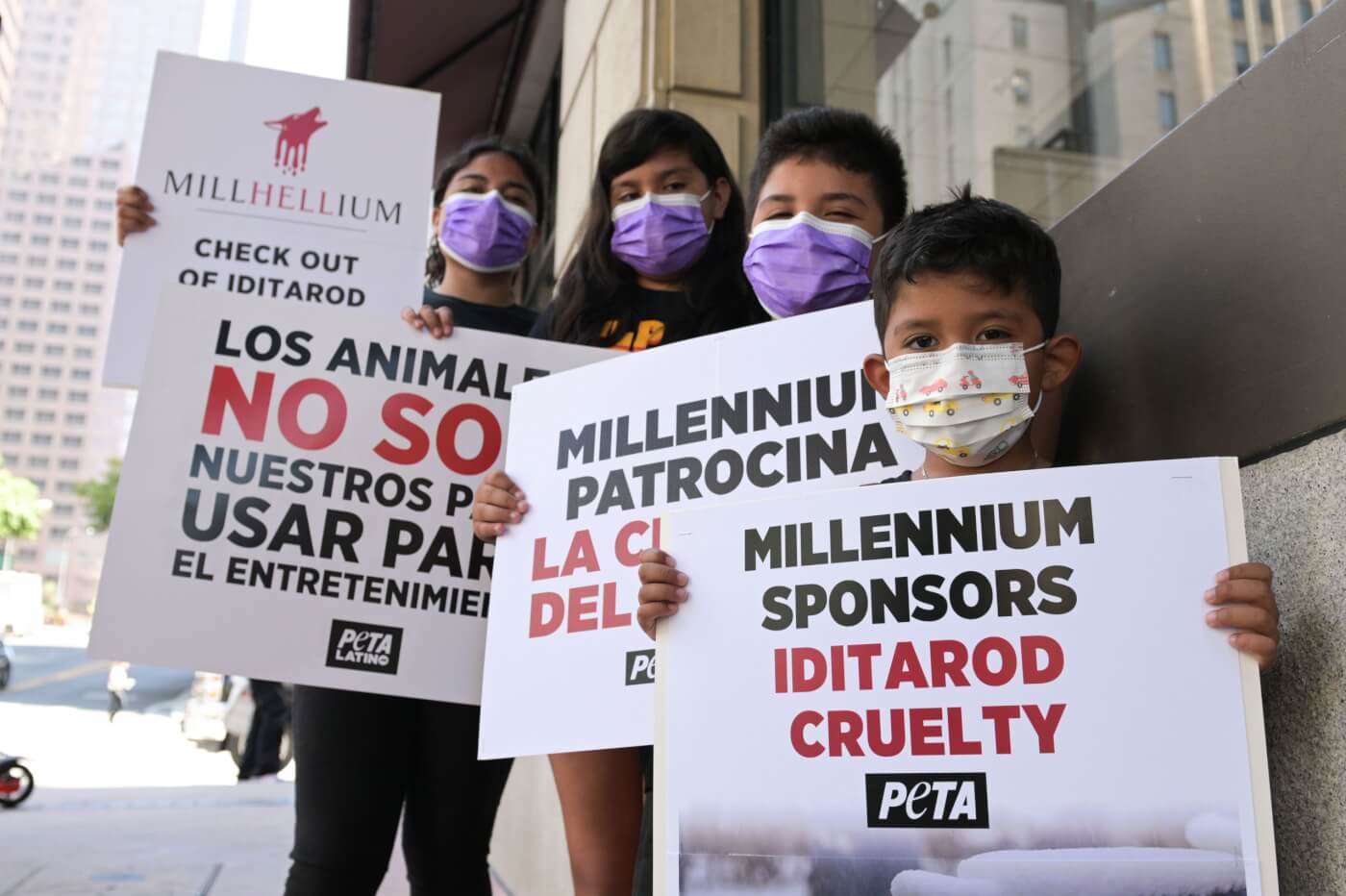 For the Iditarod, dogs are forced to run approximately 1,000 miles while pulling a heavy sled in some of the most grueling conditions on Earth. Up to half of those who start the race don’t finish, leaving the remaining dogs to shoulder an even heavier burden. 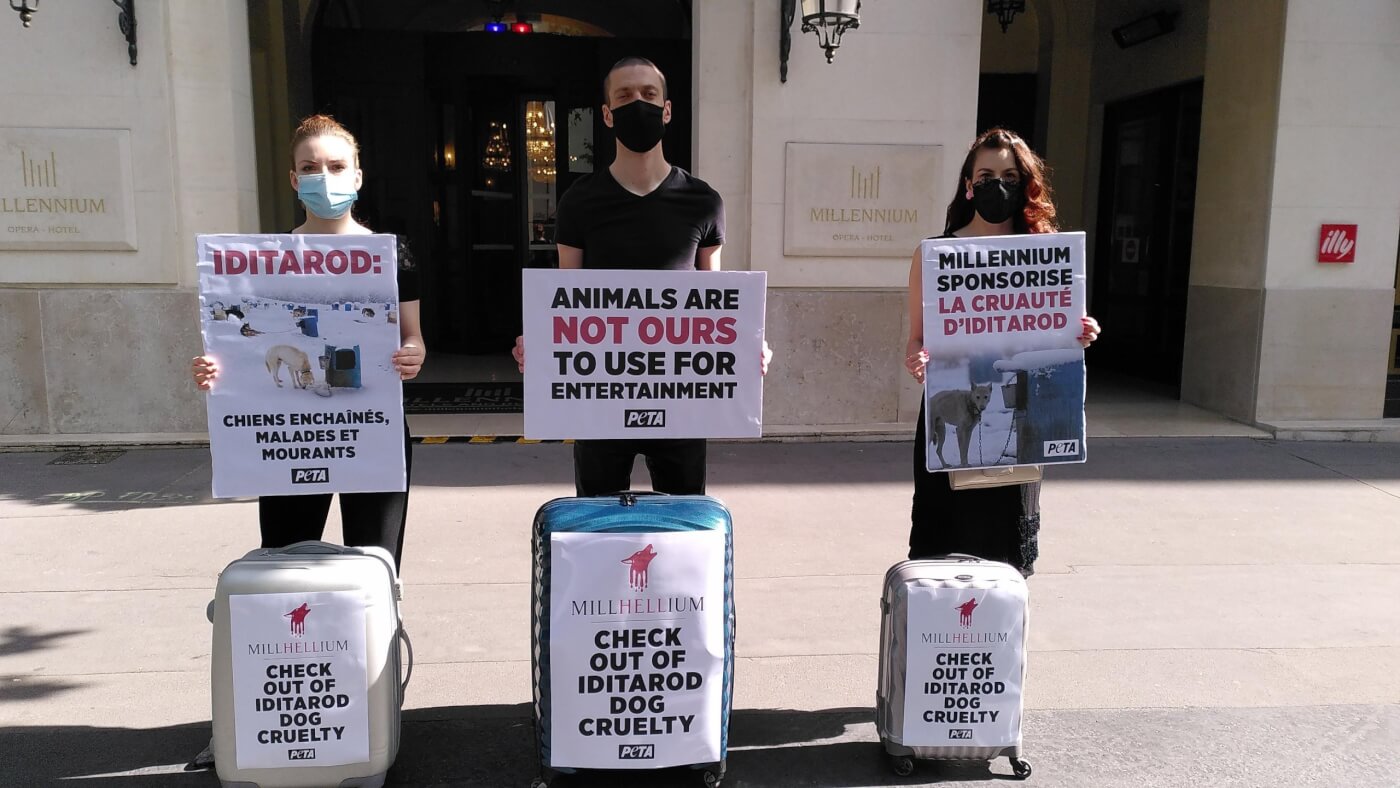 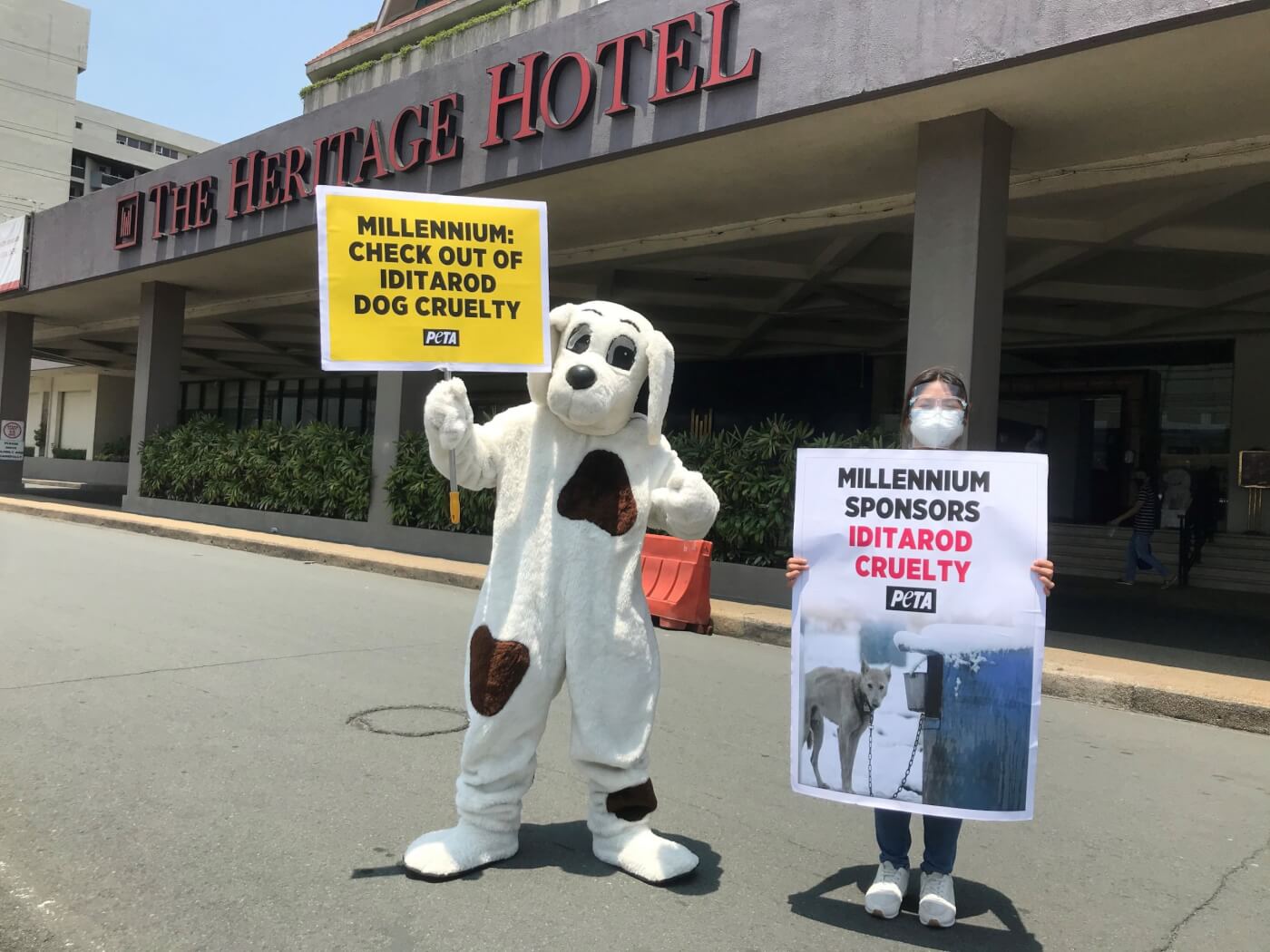 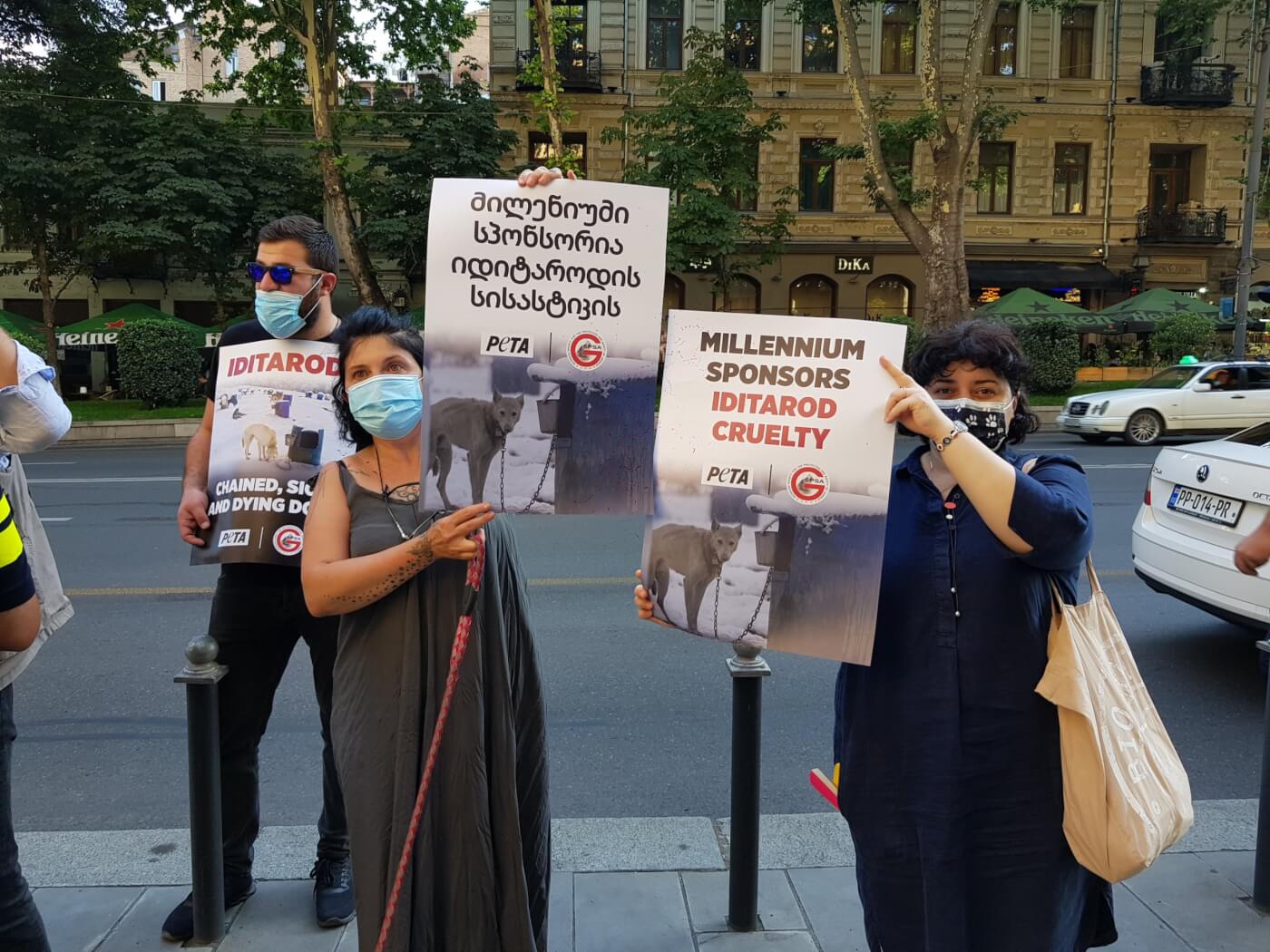 The leading cause of death for dogs who don’t survive the Iditarod is aspiration pneumonia, often caused by inhaling their own vomit. More than 150 dogs have died in the race’s history, not counting those who died while languishing on a short chain during the off-season or were killed because they lacked the speed and stamina to make the grade. 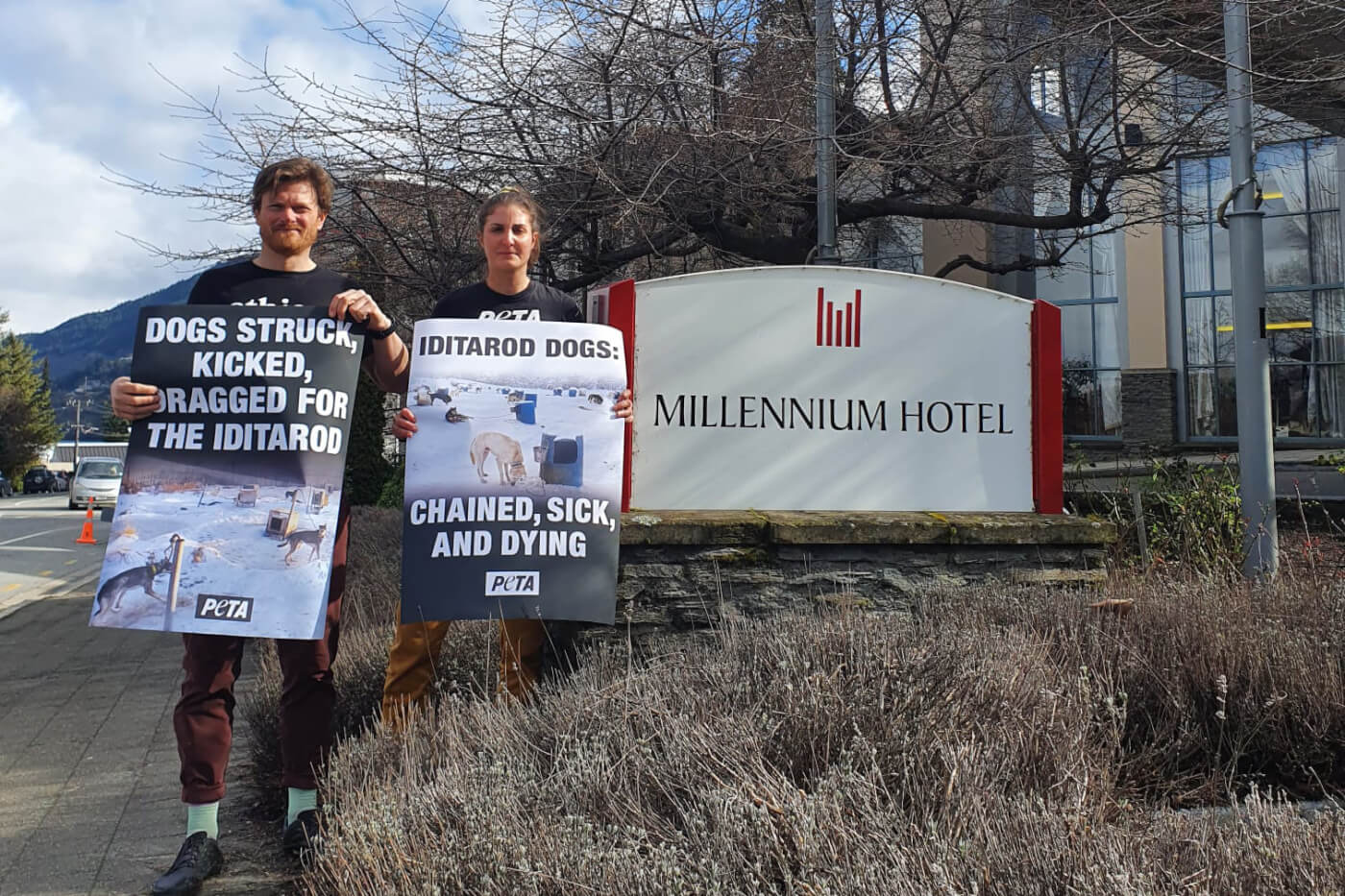 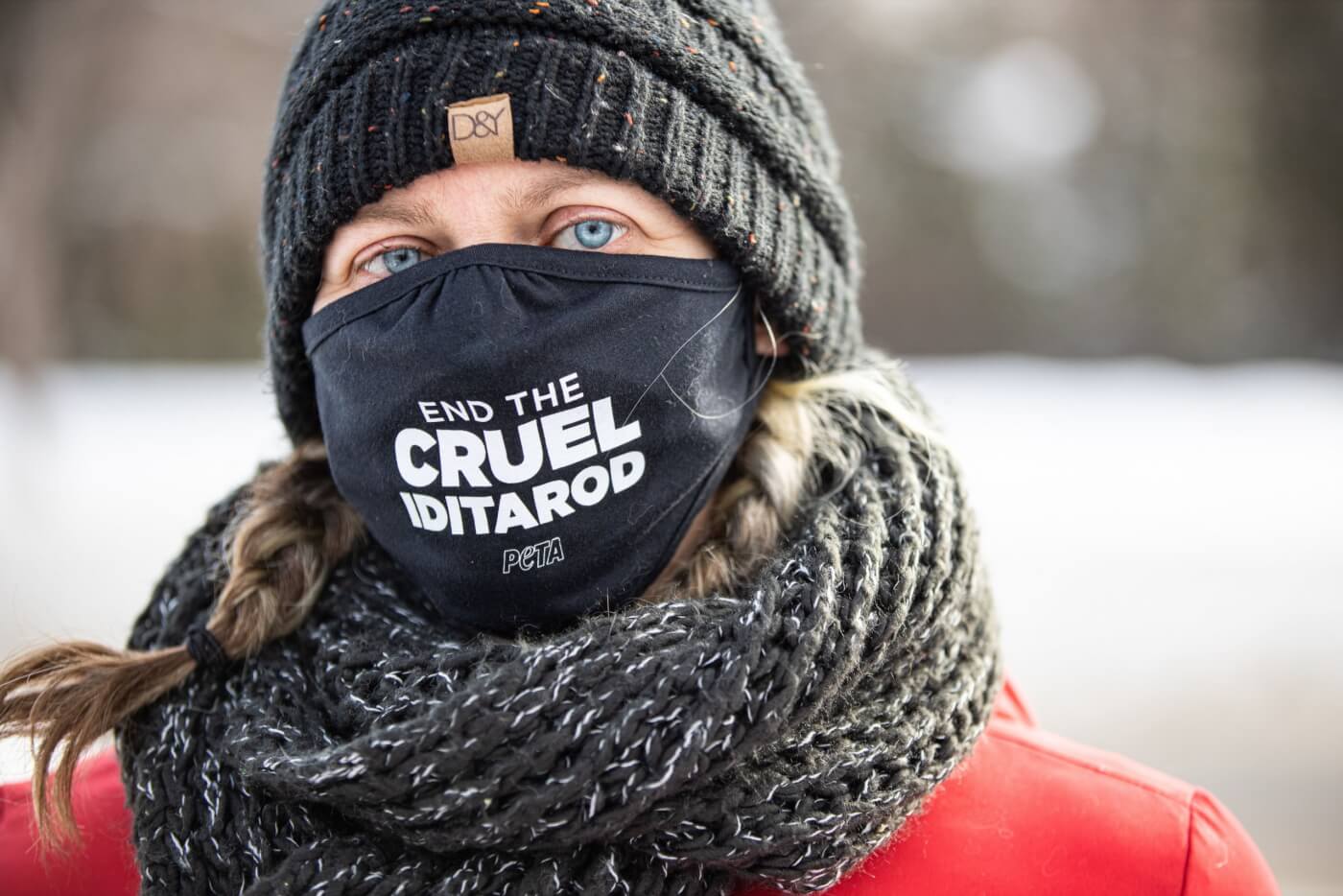 Dog deaths in the Iditarod are so routine that the official rules call some of them an “Unpreventable Hazard.” In just the last decade, dogs forced to compete in the event have died from various causes, including asphyxiation, heart attacks, trauma from being struck by a vehicle, freezing to death, and excess fluid in the lungs. Learn more about what happens to dogs at the deadly Iditarod:

The Deadly Iditarod Race Should be Terminated: Here’s Why