PETA (and animals) just claimed a hisstoric victory when fashion retail giant PVH Corp.—the parent company of Tommy Hilfiger, Calvin Klein, and others—announced that it would ban exotic-animal skins across all its brands! This win comes after a decade of pushing from PETA and will prevent countless snakes, crocodiles, ostriches, and other animals from being warehoused and killed in the fashion industry for their skin. 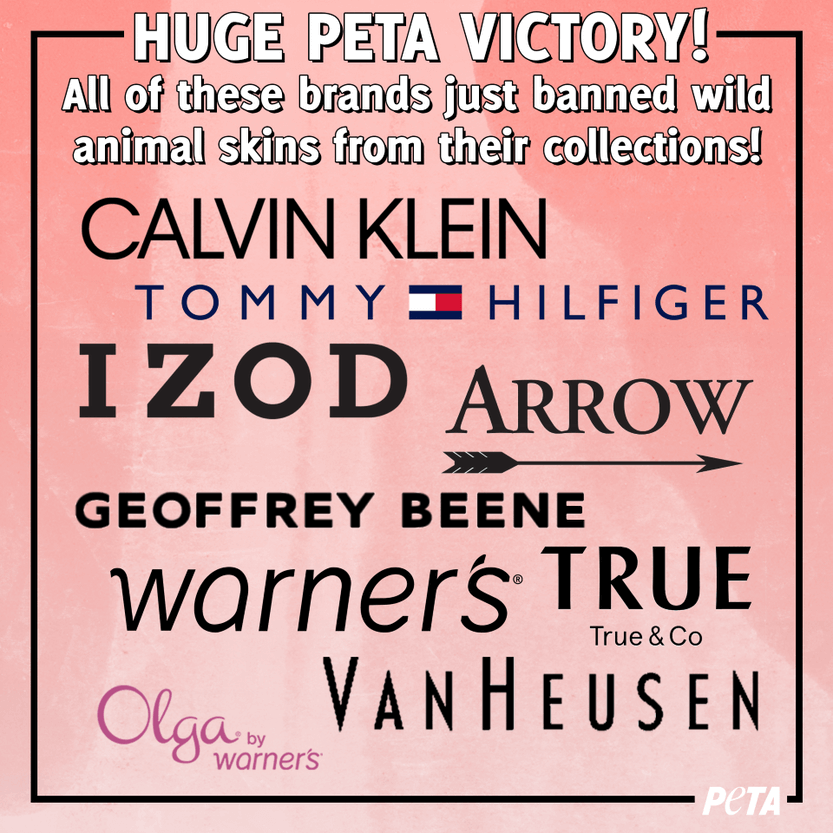 Every alligator-skin or snakeskin purse, belt, or shoe is made from skinning someone who didn’t want to die a violent, bloody, and painful death. PETA and our affiliates have documented and exposed that in the exotic-skins industry, alligators’ necks are hacked open and metal rods are shoved into their heads; snakes are pumped full of water to loosen their skin, which is then peeled off, often while they’re still conscious; and feathers are yanked out of ostriches while they’re still alive. 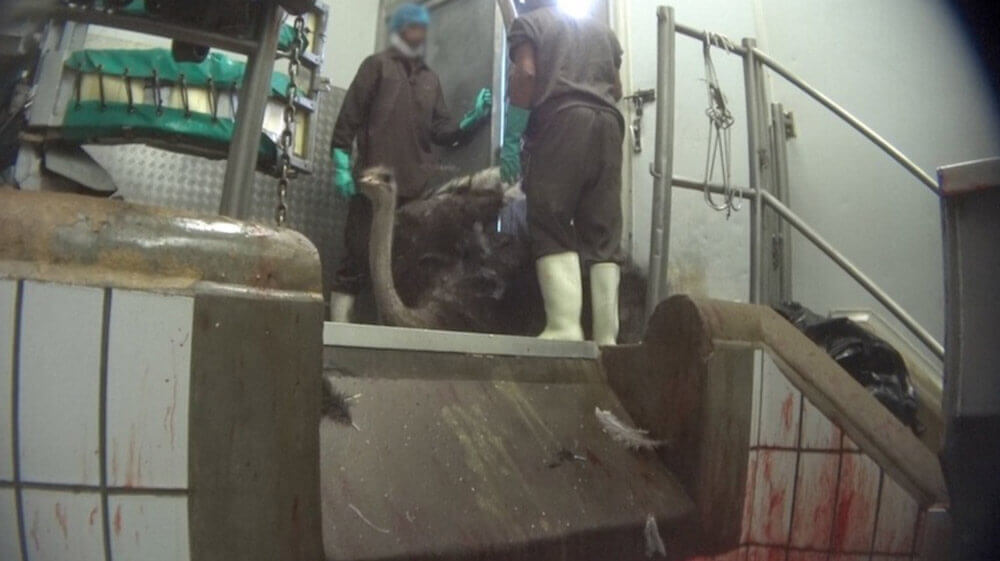 Animals raised for their skin are kept in squalid, severely crowded conditions on farms, which create a major breeding ground for a wide of range of zoonotic pathogens like salmonella, E. coli, and even coronavirus. PVH’s sensible decision not only will spare countless vulnerable animals suffering and encourage consumers to shop high-quality vegan materials but also has the potential to help stop the next pandemic before it starts. 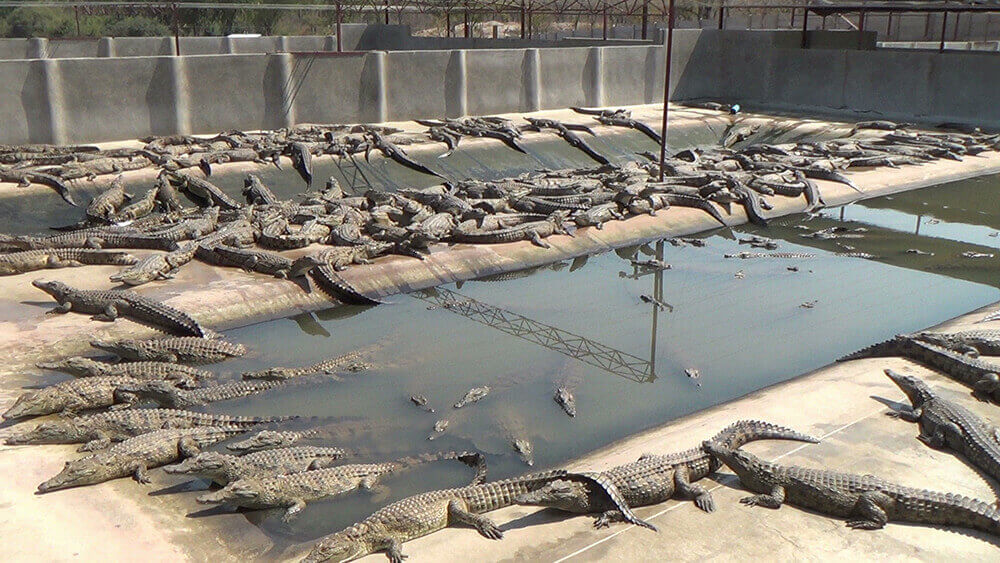 Alligators are social animals who like to hang out in groups and use a range of bellows, growls, hisses, and roars to communicate with each other. They make great mothers, too, and are known to use tools. When they’re not killed for boots, they can live for up to 50 years!

Snakes are generally shy animals. King cobras are cautious parents, and some snakes even give birth to live young rather than laying eggs. You don’t need much more than a snake’s eyesight (which is poor) to see that these animals are sensitive individuals and that no modern brand should profit from killing them to make garments that could be made out of vegan materials instead. 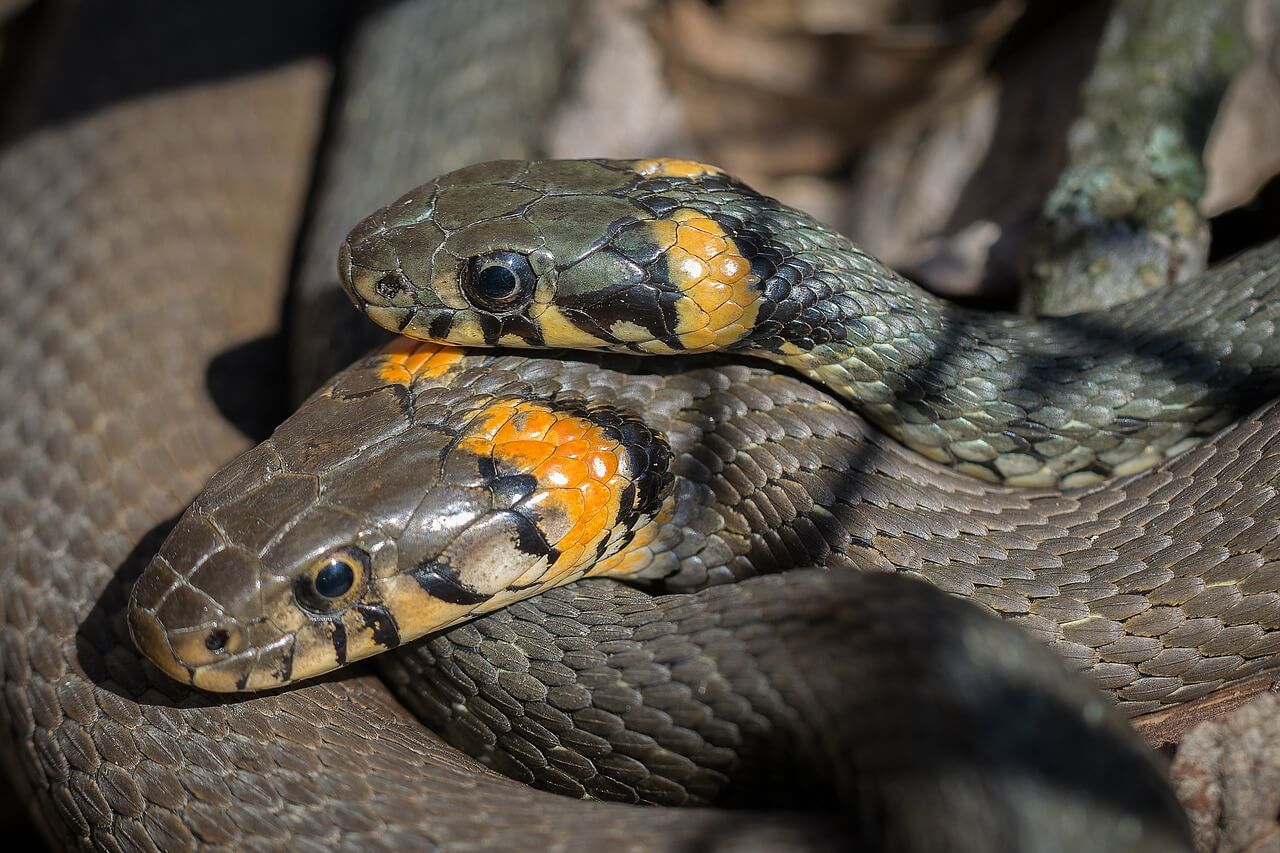 This isn’t our first victory when it comes to the company. In 1994 Calvin Klein became the first major fashion designer to stop selling fur after PETA supporters occupied its office in New York, in 2013 PVH pulled all items made of angora off its shelves in response to PETA Asia’s investigation into angora rabbit farms in China, and in 2019 PVH made the compassionate decision to remove all mohair items from its stores by 2020. And now it joins the ranks of Brooks Brothers, Jil Sander, Chanel, Diane von Furstenberg, HUGO BOSS, Victoria Beckham, Vivienne Westwood, and many others in banning exotic skins. 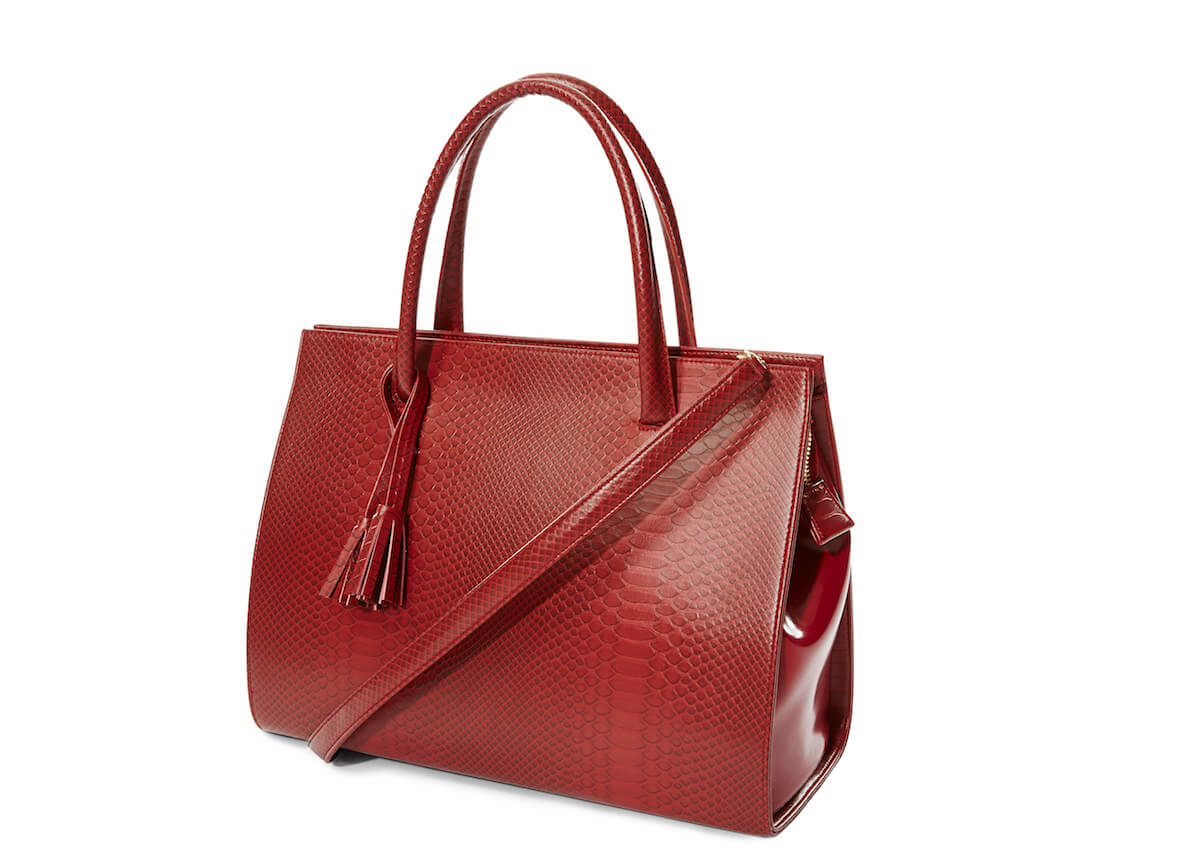 Look for our “PETA-Approved Vegan” logo on clothing and accessories. If you see this on an item, you know that the brand never uses wool, fur, leather, feathers, scales, or any other animal-derived materials: