Heads up! PETA had football fans tilting their heads to the skies when we recently flew a giant banner over Texas A&M University’s (TAMU) Kyle Field stadium on game day to demand that the school end its abusive, deadly, and pointless muscular dystrophy experiments on dogs. Check out this video of our sky banner:

BREAKING: Football fans were in for a surprise when a giant banner flew over #CollegeStation with a strong message for @TAMU: SHUT THE DOG LAB DOWN! #GigEm

Posted by PETA (People for the Ethical Treatment of Animals) on Saturday, November 16, 2019

At TAMU, golden retrievers and other dogs are bred to develop canine muscular dystrophy. The condition leaves them struggling to walk, eat, and even breathe. These cruel experiments have been going on for almost 40 years but have not resulted in a single treatment that can reverse debilitating muscular dystrophy symptoms in humans.

Dogs at TAMU Need Your Support

Scientists, including 500 medical doctors, have criticized the experiments’ inapplicability to humans. Patients suffering from muscular dystrophy have proclaimed that they don’t want animals to suffer in their names, and director Richard Linklater, actor Lily Tomlin, political commentator Bill Maher, NFL player Ryan Tannehill, and musician Nikki Sixx have all spoken out against TAMU’s muscular dystrophy experiments on dogs. 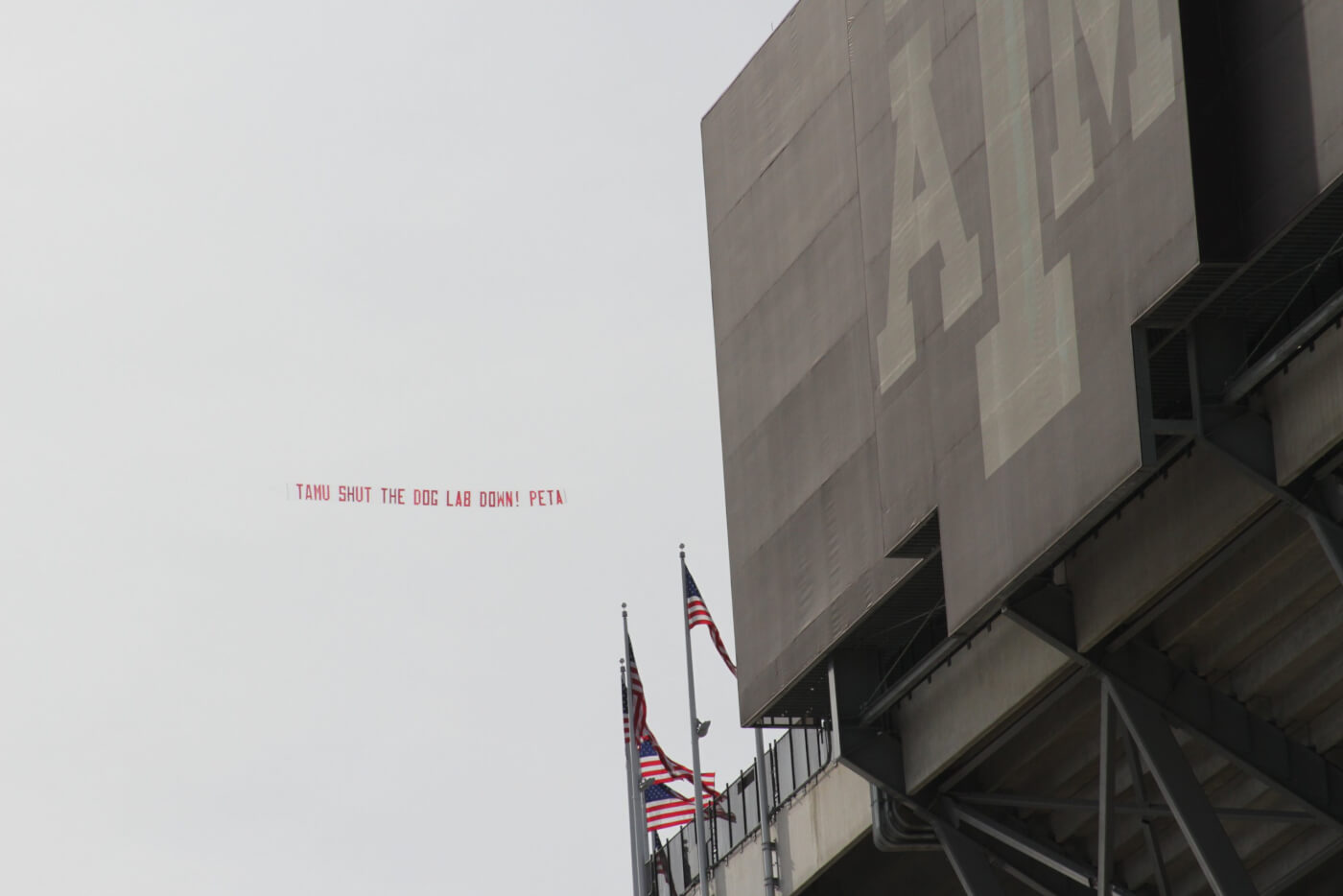 Please join them by urging the university to close its muscular dystrophy dog laboratory, release all the dogs there for adoption into good homes, and redirect its resources to humane research methods: