Now more than ever, our essential fieldworkers are seeing firsthand how the COVID-19 pandemic is putting families in low-income areas of Virginia and North Carolina (near the Sam Simon Center—our Norfolk, Virginia, headquarters) in the impossible position of being unable to provide for the beloved animals in their lives. But thanks to the generosity of PETA supporters like you, our field team members—who are still on the job, actively helping animals 24 hours a day, seven days a week—were able to come to the aid of countless friends, even during an immensely challenging month. Get to know just a few of the sweet souls we lent a helping hand to in April alone.

Sturdy, custom-built PETA doghouses were given to many: 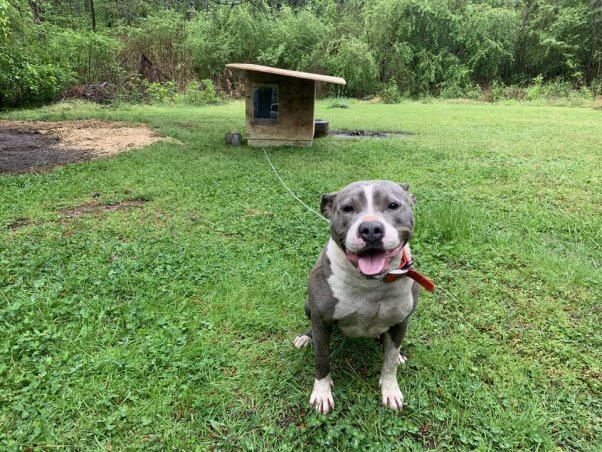 Star—whom we’d previously spayed at no cost to her owner—received a sturdy new custom-built PETA doghouse to replace her flimsy plastic shelter. 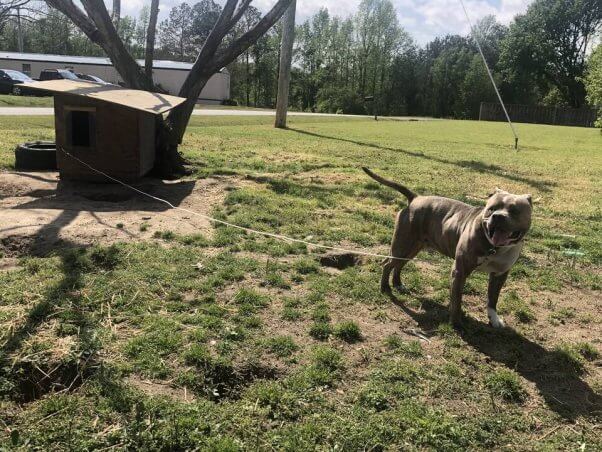 Blanco’s flimsy, inadequate shelter kept breaking apart—offering him no respite from snow, rain, harsh winds, or the hot sun. We built a PETA doghouse and delivered it to the needy pup, free of charge. 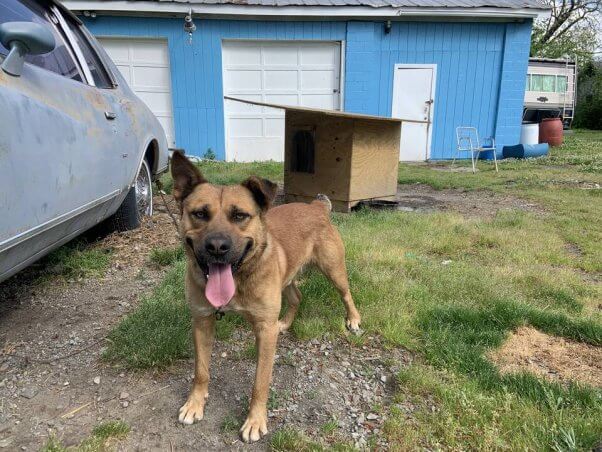 Friend has a friend in PETA—the dog’s former shelter had broken into two pieces. Now his face says it all: He loves his new PETA doghouse. 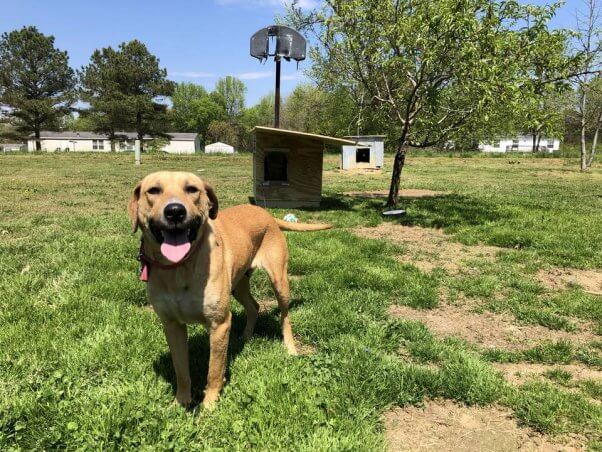 Our field team spayed Princessa—preventing the births and inevitable suffering of countless unwanted dogs—and provided the sweet girl with a new PETA doghouse to replace her inadequate metal one, which could get dangerously hot in the summertime.

Others received round-trip transport to and from their spay/neuter appointments on our mobile clinics, all free of charge: 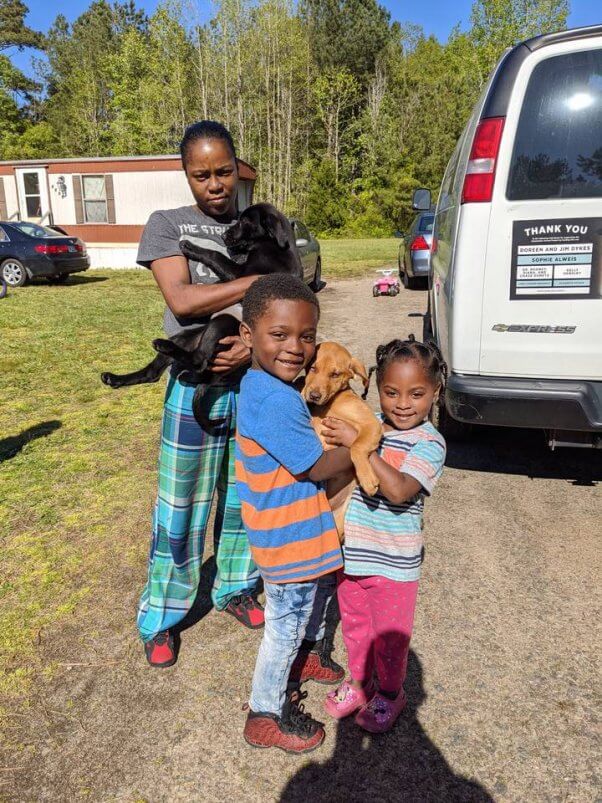 In April alone, we spayed and neutered 874 dogs and cats, thanks to the efforts of our field team and clinic staff. Stella and Coco, seen here with their guardians, were just two of the animals who benefited from this low- to no-cost service. 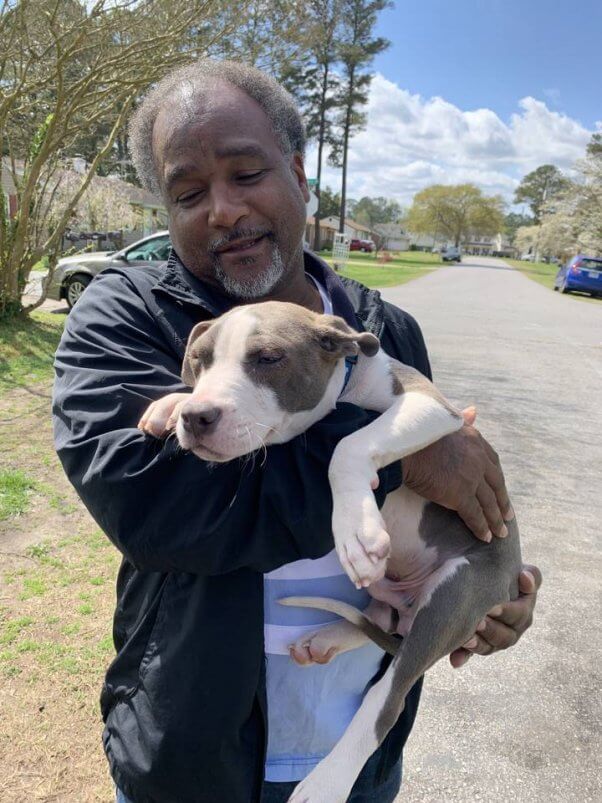 Lucky and his guardian were lucky to receive a lifesaving service: neutering for the pup. Thanks to our field team and mobile clinics, we’ve been able to continue to stem the tide of animal homelessness despite COVID-19.

Blackie was just one of many animals who received free round-trip transport to and from a free spay appointment. As you can see, she had at least one litter prior to being fixed.

PETA fieldworkers performed a number of random acts of helpfulness: 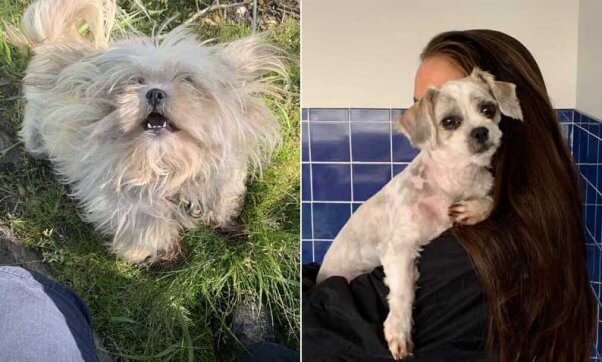 Talk about “before and after” photos! Fieldworkers gave this neglected, matted dog a much-needed shave, just in time for the summer heat. 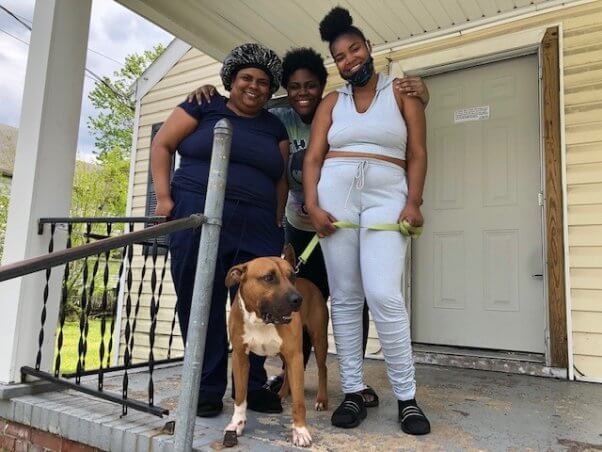 Without our field team, BeeGee would’ve continued suffering from a severe ear infection that left his ears bloody and painful. We transported him to one of our mobile clinics, where his infection was treated and he was neutered—all totally free of charge for his low-income family. 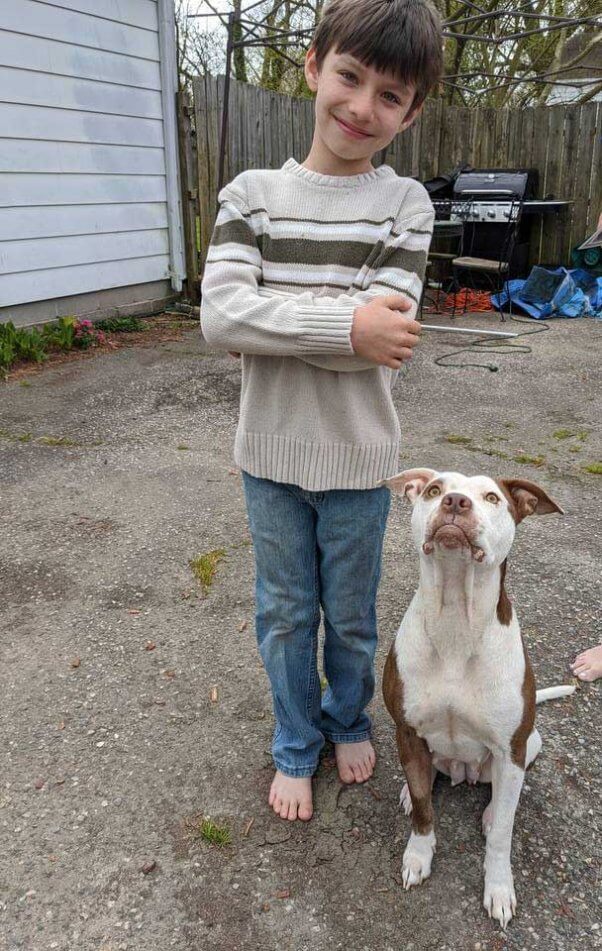 Our mobile clinic staff came to the aid of this beauty, who was suffering from pyometra—a life-threatening uterine infection. Beauty was spayed, her life was saved, and her guardian was extremely appreciative—the services that we provided would’ve cost more than $1,000 at a private veterinary practice.

We set up a donation box outside the Sam Simon Center for folks to drop off sealed bags of animal food for those struggling to put food in the bowls of the beloved dogs and cats they share their homes with. We were touched by the public’s contributions.

Tigger’s lip had somehow been impaled by a fishing lure. His guardians called PETA for help … 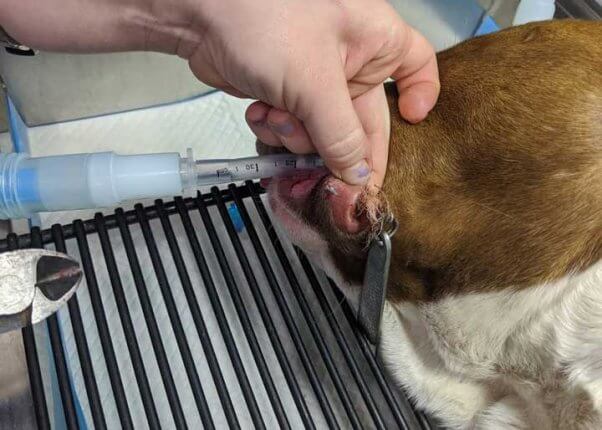 … our clinic staff removed the hook that had painfully pierced Tigger’s lip, taking the dog from super-sad to super-glad … 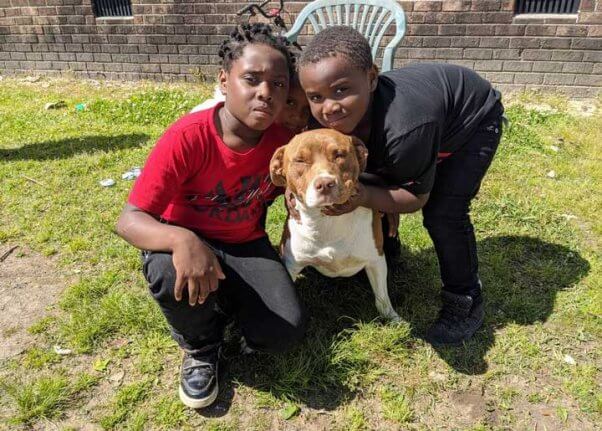 … after removing the hook from Tigger’s lip, the team returned the sweet pup to his family—but not before neutering him, free of charge.

And we transferred more than 60 animals to our wonderful placement partners for a chance at adoption:

Reggie’s former owner called PETA, hoping to surrender him—and PETA fieldworkers responded. After giving him some TLC, we transferred the dog to the Norfolk SPCA, where he awaits adoption. 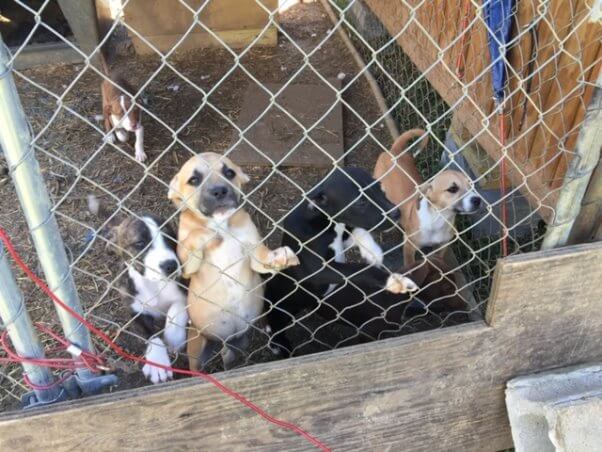 Not only did our field team rescue these seven puppies and transfer them to the Virginia Beach SPCA, we also spayed their mom—preventing the stress and discomfort that she might’ve endured during subsequent pregnancies and births, eliminating her risk of suffering from uterine cancer, and greatly reducing her risk of suffering from mammary cancer. 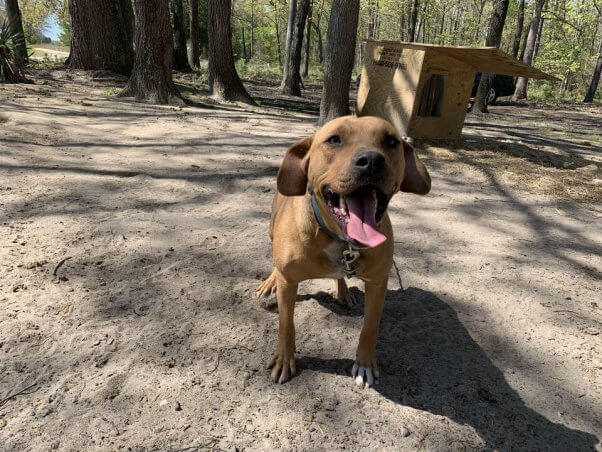 PETA fieldworkers were finally able to rescue King—whom they once found living outside in a cramped crate—because his former owners were moving. We transferred him to the Virginia Beach SPCA for a chance at a good life.

A few other animal friends have already found their new homes and families: 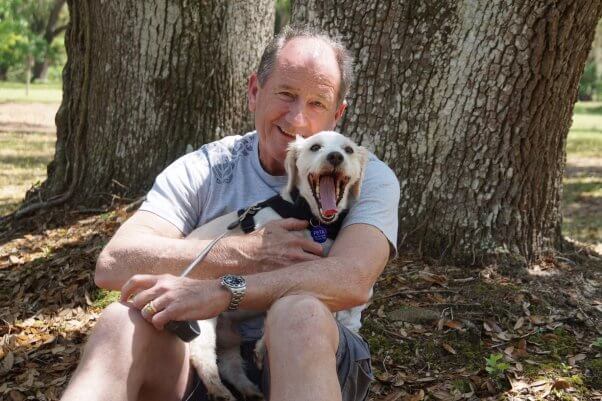 Remember Yeehaw Wayne? We’re thrilled to report that the formerly chained poodle mix is loving his new home with his lovely, retired guardian! 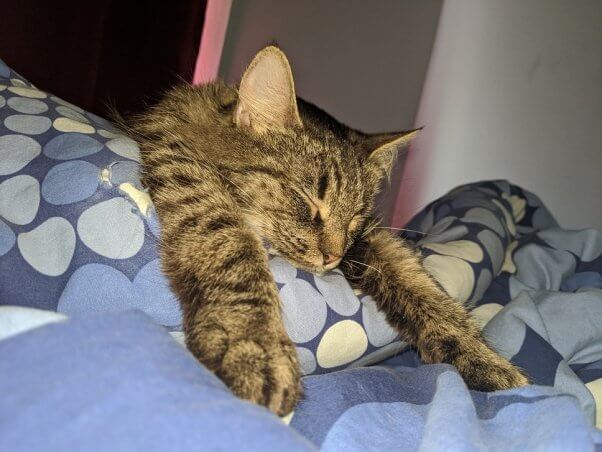 PETA fieldworkers rescued Starbuck from a hoarding situation, and it didn’t take long for the adorable feline to get scooped up and settled into her new home. 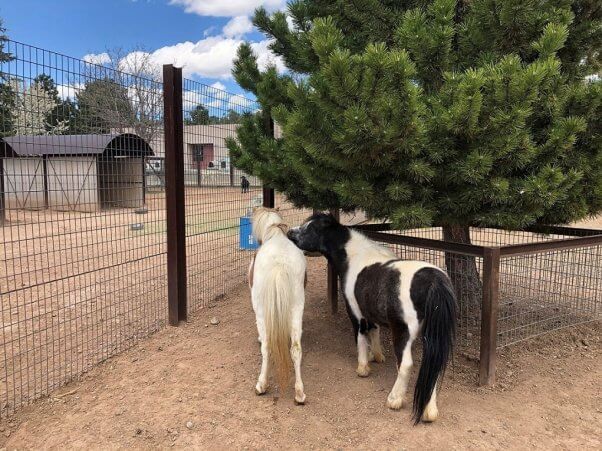 For at least six years, Bea went without veterinary care. Our field team rescued the miniature horse, and now—after a stint at a nearby boarding facility where PETA got her some vital, lifesaving care—she’s living at her fantastic new home in New Mexico, which she shares with Toby, a fellow miniature horse also rescued by PETA.

A few suffering souls got their angel wings: 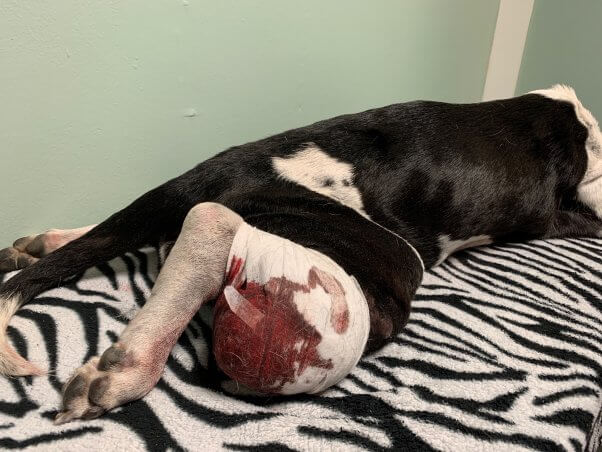 Fire’s guardian came to PETA for free end-of-life help (as Fire was suffering from a suspected cancerous tumor) during a time when many animal shelters have restricted their intake and veterinary hospitals have limited their services. “My heart was broken today. But thanks to PETA, the pieces were mended,” the pup’s guardian wrote in a note of gratitude. 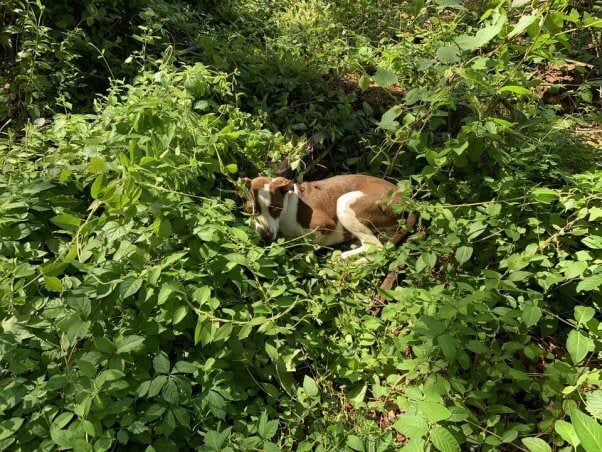 House was suffering, likely from parvovirus. His owner had called a nearby veterinarian, who apparently wasn’t treating dogs for that as a result of COVID-19. House’s owner let him loose to die in the woods. Thankfully, a PETA fieldworker was able to find him and transport him to our clinic, where he was peacefully released from his suffering. 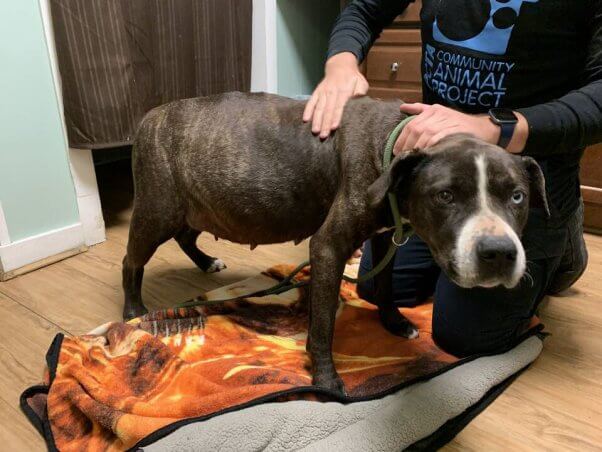 Mimi’s owner hoped that the dog’s bloated stomach meant that she was pregnant—but when she was taken to a veterinarian, it turned out that she was actually dying of end-stage heartworm disease, which was causing heart failure. We ended Mimi’s terrible suffering at no cost to her owner. 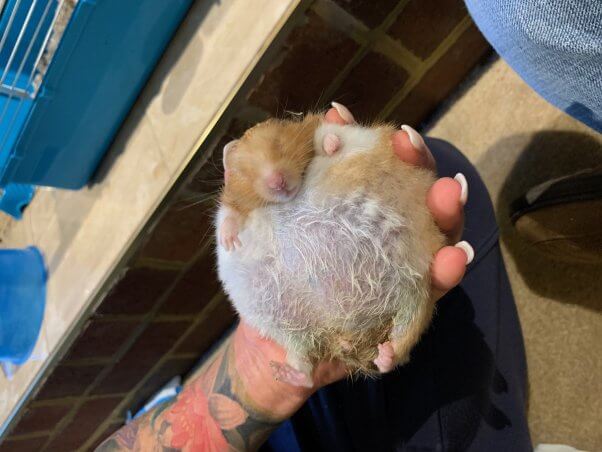 After a good Samaritan found a severely bloated hamster trapped inside a cage near a dumpster, he took her home, thinking that she might be pregnant. He quickly realized that she was in critical condition and brought the blind, dying animal to PETA so that she could be released from her suffering.

At PETA, we call our fieldworkers our “miracle workers.” Week after week, they feed, water, and otherwise attend to dogs and other animals who have no one else to look out for them. Above is just a small sample of their actions in April.

If ever there were an essential service provider, our field team is it.

If this sounds like a team you’d like to be a part of, please consider applying to become a PETA fieldworker. We’re looking for diligent, hardworking, kind, professional, physically able individuals who care about animals—and who don’t mind getting their cargo pants a little (or a lot!) dirty. 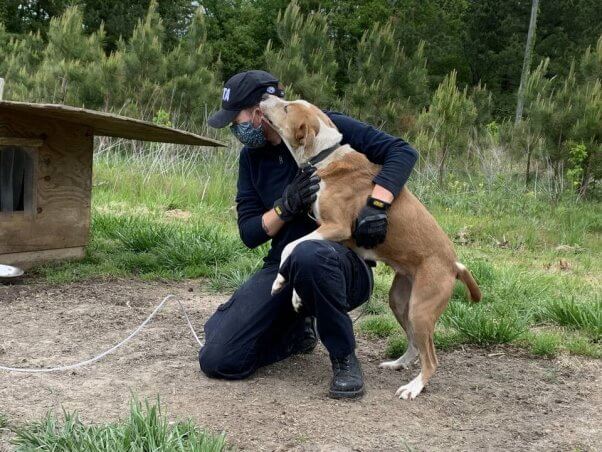