Update (July 15, 2022): On the eighth and final day of Pamplona’s Running of the Bulls, six more humans were reportedly treated for injuries. This year’s violent bloodbath left a trail of at least 29 injured humans—including four who were reportedly gored and others who were apparently trampled or crushed in pileups—and an even longer trail of tortured and slaughtered bulls.

At the end of each run, the six bulls who frantically bolted through the streets are forced into the ring, where they endure prolonged, agonizing deaths at the hands of bullfighters. During the weeklong event, at least 42 bulls were barbarically stabbed to death in front of screaming, jeering crowds. 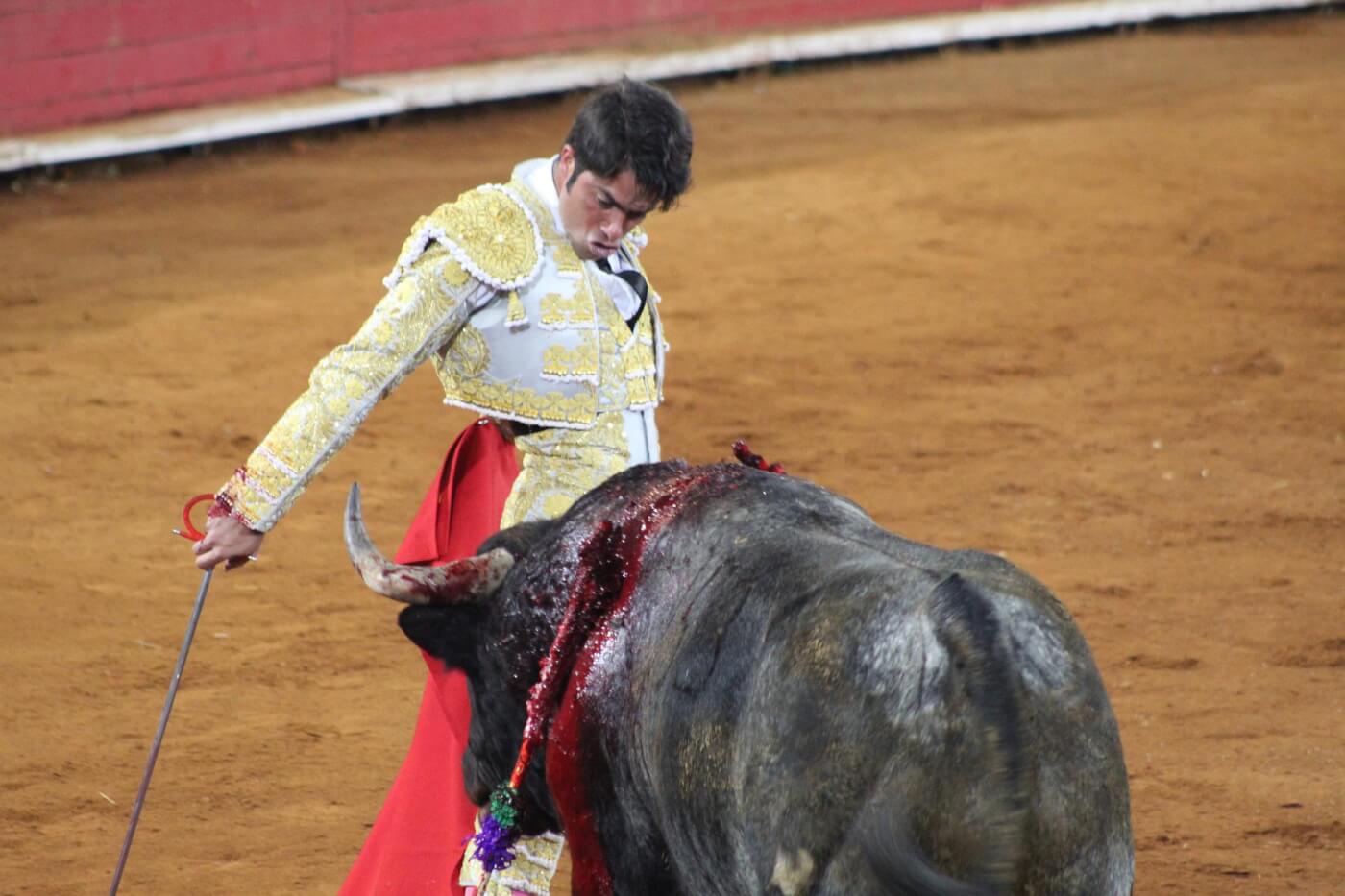 Keep reading to see what happened on each day of this year’s cruel Running of the Bulls and learn what you can do to help end this bloody “tradition.”

Update (July 13, 2022): Six people were reportedly treated for injuries on the seventh day of Pamplona’s Running of the Bulls. During the two-minute race, one runner was reportedly head-butted by a bull before being tossed to the ground and trampled by bulls and other frantic runners.

When the bulls were herded into the ring at the end of the run, one of them—who was likely panicking because of the confusing and overwhelming mayhem—reportedly charged at a runner who had fallen and butted him into the air.

Update (July 12, 2022): Another day, another goring, as Pamplona’s Running of the Bulls continues. The sixth day of bull runs reportedly left one runner gored and at least four more with other injuries sustained from falls and pileups.

Update (July 11, 2022): Six more runners have reportedly been injured on the fifth day of this year’s violent Running of the Bulls. Three runners were reportedly gored, and three others sustained injuries in falls.

One of the runners was reportedly gored during the run, and two more were reportedly gored at the end of it, when the bulls were corralled into the ring. Video footage reportedly shows a bull repeatedly tossing and butting one runner against the barriers of the ring:

When bulls are provoked to run frantically through the streets and then rounded up into a ring—among the chaos of noisy, frenzied crowds—these incidents are bound to occur. During the last Running of the Bulls in 2019, eight runners were gored. This dangerous and fatal event cannot be allowed to continue to wreak havoc on bulls and humans alike.

The infamous Running of the Bulls returned to Pamplona, Spain, on Thursday after a two-year pause, and the bloodbath has already begun. So far, half a dozen runners—including a teenage girl who lost part of her finger and a man who fractured his arm—were reportedly hospitalized because of their injuries.

According to reports, several runners were stomped, trampled, or shoved to the pavement, and two men were bumped in the head by an animal’s horn.

During #RunningOfTheBulls runners (most of them tourists) chase frightened bulls through the streets of #Pamplona.
Most tourists don’t realise that bullfighters kill six bulls on each of the days of the run💔
Boycott #SanFermin #BanBullfightingpic.twitter.com/wGarndAsNP

The ‘Running of the Bulls’ Has Always Been a Bloodbath

As for the unwilling participants—the bulls who are provoked to charge through the streets lined by screaming crowds—slaughter is guaranteed. After a frantic run, the animals are corralled into the ring, where they will be slowly slaughtered one by one in front of roaring, taunting crowds.

Bullfighting in 60 Seconds Flat from Official PETA on Vimeo.

In a typical bullfight, men on horses (known as picadors) circle a bull and drive lances into his back and neck, twisting and gouging the weapons to ensure significant blood loss. Then, the banderilleros enter on foot and plunge sticks with a harpoon point on the end into the bull’s back before running him in circles to disorient him.

Finally, the matador (literally, “killer”) enters to deliver the final blow to the dying, mutilated animal. The matador uses a long sword to sever the bull’s aorta, and if that doesn’t work, he may use daggers to cut the bull’s spinal cord.

PETA entities have been protesting the Running of the Bulls for almost two decades, urging the city to end this cruel, violent spectacle. Leading up to this year’s event, our supporters, clad in inflatable dinosaur costumes, paraded through the streets to send a message that torture and public executions are archaic and barbaric and need to end. 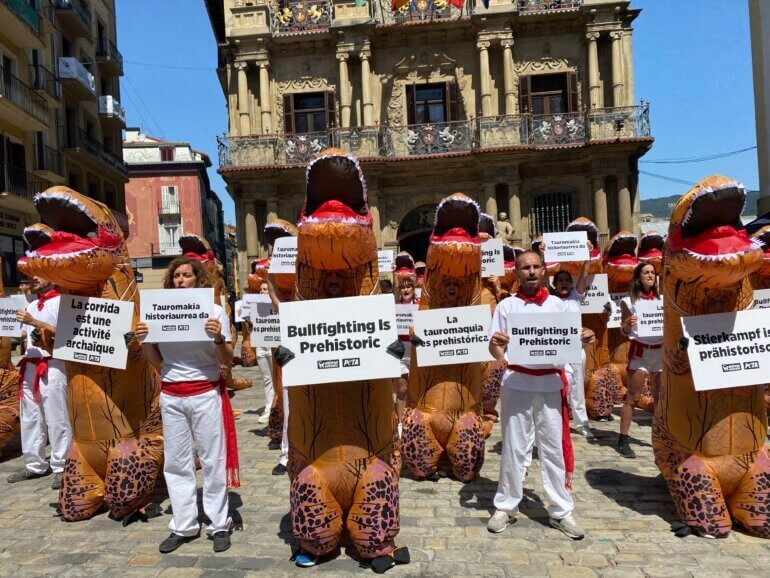 If you want to help end the torture and slaughter of bulls in Pamplona, send a message to the prime minister of Spain: