Virtual (and perhaps a few real) champagne corks are flying at PETA over a decision by the National Oceanic and Atmospheric Administration’s (NOAA) Fisheries Service to deny the Georgia Aquarium a permit to import 18 wild-caught beluga whales from Russia. This could spell the beginning of the end for wretched exhibitions of whales imprisoned at aquariums and marine parks such as SeaWorld, which would have acquired some of the whales for each of its locations.

UPDATE: Life in a concrete tank is no life at all for sensitive, intelligent belugas, and that’s why PETA is giving the federal court a round of applause for its decision to uphold NOAA’s denial of the Georgia Aquarium’s application—which would have subjected these animals to a lifetime of deprivation, breeding, forced performances, and being put on display for gawking tourists. PETA will continue to push for the rehabilitation and release of these whales and every ocean mammal still condemned to swim in endless circles in a marine park. 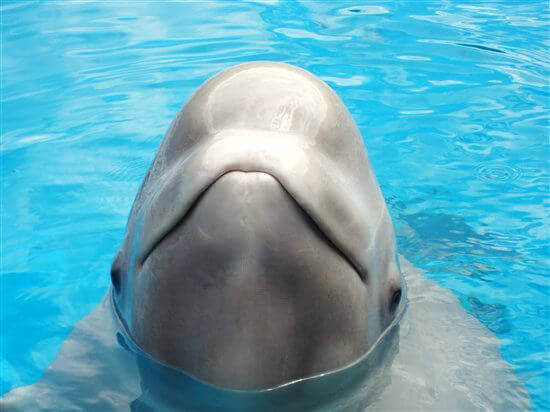 We’re also raising a toast to the thousands of you who responded to PETA’s calls for action during NOAA Fisheries Service’s consideration of the application as well as to Kim Basinger, who submitted a strong appeal on PETA’s behalf.

No Excuse for Enslavement

Among the (excellent) reasons given by NOAA Fisheries for denying the aquarium’s application are the agency’s concern that allowing the belugas to be imported could hurt “the population that these whales are taken from,” that it would “contribute to the demand to capture belugas from this stock for the purpose of public display in the U.S. and worldwide,” and that “five of the beluga whales proposed for import, estimated to be approximately 1½ years old at the time of capture, were potentially still nursing and not yet independent.” Let’s hope Russian authorities will also do the decent thing and set the belugas free.

Thanks to the film Blackfish and PETA’s lawsuit against SeaWorld for violating orcas’ right to freedom under the 13th Amendment, people are now aware of the cruel rodeo-style capture of whales from their pods in the ocean and how humans are endangered (sometimes fatally) by their proximity to these severely distressed animals in captivity. What’s less well-known—but no less atrocious—is how captive adult orca males are masturbated by their keepers to produce semen that is used to inseminate females artificially in order to produce babies who can be held prisoner and exploited.

Momentum is on our side, so we can’t afford to slow down now—please help PETA keep the pressure on SeaWorld and other marine animal parks and aquariums until every whale swims free.