The Georgia Aquarium in Atlanta is coming under heavy fire for its outrageous plan to import 18 wild-caught beluga whales from Russia, subject them to a nonlife in captivity, and use them as breeding machines to churn out more babies for profiteers at marine parks and aquariums across the country. 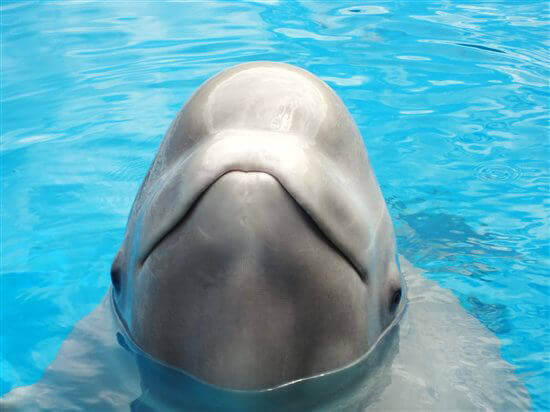 In an article for National Geographic titled “Should We Import Belugas for Display?” Virginia Morell takes issue with the idea that aquariums “need” more captive beluga whales. “Those in captivity now will grow old, perhaps lonely, and die,” says Morell. “But to replace them will cause other belugas harm and grief—because it can only be done by tearing apart families that are doing fine now in the wild.” Exactly!

Morell describes for readers the rich lives that belugas lead in their natural homes:

[T]hey are highly social, gregarious creatures; they make long migrations; they have an impressive range of calls, and like dolphins (to which they are distantly related) use these in a variety of ways, including imitating one another. (A just-released study shows that captive belugas can also imitate humans.) They like to hang out in the summer in shallow coastal waters in large groups (sometimes numbering in the thousands), which are most likely made up of close relatives—mothers, dads, and kids, aunts and uncles, and cousins. Sometimes, they make solo journeys just to visit other groups—a behavior that reminds me of elephants, who sometimes leave their families to visit clan members far away.

Compare this to life in their own diluted waste in a small cement tank, where belugas and other marine mammals spend their days swimming in endless circles, deprived of everything that they enjoy, even the use of echolocation. Aquarium visitors come, spend a few hours, buy some souvenirs, and then go home and carry on with their lives. Animals in aquariums will remain in the same tanks until the day they die.

Your Voice Is Needed!

Please help us stop the Georgia Aquarium’s cruel and misguided plans. Take a moment today to contact the National Marine Fisheries Service and let officials know why they should deny the Georgia Aquarium a permit to import wild-caught beluga whales.