Still on a high from Canada Goose’s fur-free announcement less than a week ago, PETA’s now wiping the sweat off our brow after hearing that Neiman Marcus Group (NMG) will also finally ban fur from its stores (including Neiman Marcus and Bergdorf Goodman). And it’s all thanks to persistent grassroots activists like you who protested vigorously over the years to pressure NMG into joining the fur-free revolution.

Victory! @neimanmarcus will stop selling fur! Thanks to all of the grassroots activists who protested over the years to achieve this! We are sure the company will move quicker than the stated goal to end fur sales as no one wants to be seen dead in fur anymore. pic.twitter.com/8DaeyBFt9b

By nixing fur, NMG will prevent many thousands of animals from being electrocuted, gassed, and beaten to death. Our campaign to pressure the company to stop selling fur started decades ago, when PETA President and professional agitator Ingrid Newkirk was arrested in 1986 at a sit-in protest: 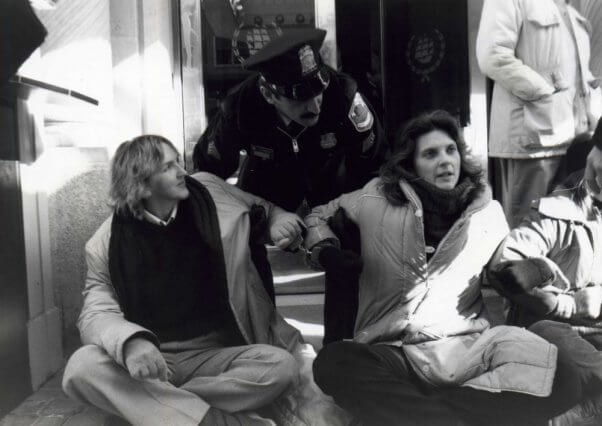 Since then, hundreds of major designers and retailers have enacted fur bans and dozens of localities—including an entire country—have enacted bans on selling fur or farming animals for it. Clearly, no one wants to be caught dead in the cruelly derived material, which is why we’re sure NMG will move more quickly to end fur sales than its stated end goal.

Huge thanks to all the grassroots activists who protested over the years and helped to achieve this major win for animals! Now, let’s persuade the fur industry’s last few remaining members to unsubscribe from peddling pelts stolen from tormented animals:

What Are These Companies Waiting For? Tell Them to Ban Fur, Too