We urged the U.S. Department of Agriculture (USDA) to inspect the Mt. Hope Auction stockyard, a hellhole that sells exotic animals in Ohio three times a year, and the agency listened. PETA just got reports showing the USDA inspected the foul stockyard and issued it 12 citations for failing to meet the minimum standards required by the federal Animal Welfare Act (AWA).

According to the inspection report obtained by PETA, inspectors who visited the latest exotic-animal auction in September found horrors that included the following:

The Mt. Hope Auction is a hellhole for stressed animals, and since unsupervised visitors are able to touch wild animals there, it’s only a matter of time before it turns hellish for humans, too. PETA is calling on everyone to stay away from this facility, in which animals are left for dead or made to suffer in unsafe and filthy enclosures.

Mt. Hope Auction has previously allowed unlicensed dealers to sell animals unlawfully, and it has been cited for AWA violations related to handling concerns and unsafe enclosures.

Mt. Hope Auction’s sellers have included infamous offenders: Pymatuning Deer Park, which relinquished eight animals in its custody following litigation by PETA and the Animal Legal Defense Fund; Hovatter’s Wildlife Zoo, which is included on PETA’s blacklist of highway hellholes; and Jerry Holly, an exotic-animal breeder who has been cited for more than 100 violations of the AWA. 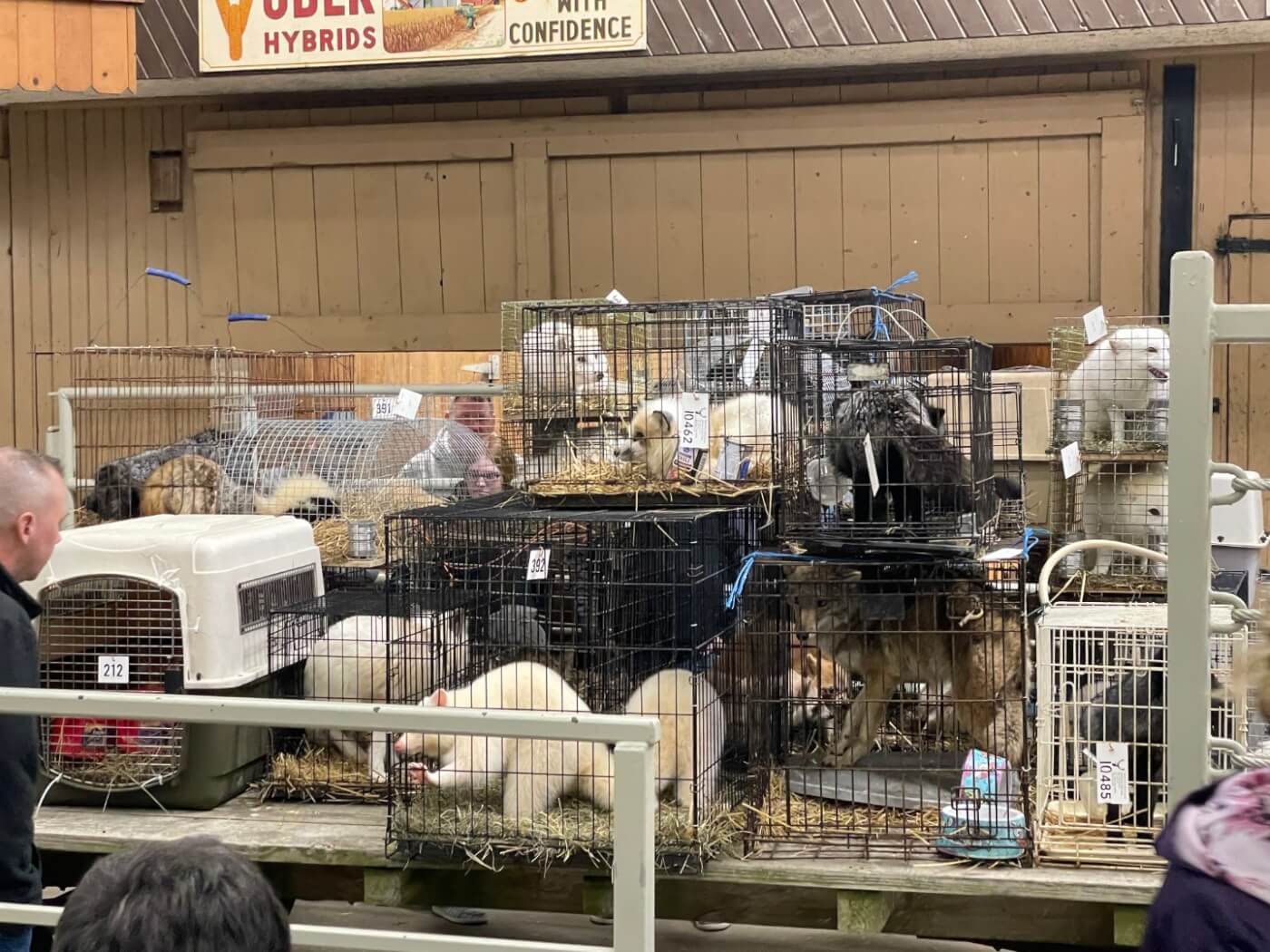 Distressed animals, stacked in cages with no room to turn around, suffer at an auction at the Mt. Hope Auction stockyard in March 2022.

When it comes to exotic-animal auctions, the horrors at Mt. Hope Auction are the rule, not the exception. At these events, sometimes called “alternative livestock auctions,” several species are sold to the highest bidder with little regard for their welfare. Many of these animals include exotic hoofed mammals—such as zebras, antelope, zebus, and watusis—but exotic-animal auctions also often include dozens of bird species for sale. Peddlers sell small mammals such as hedgehogs, guinea pigs, and rabbits at auctions, and many events feature reptiles for sale. The auction houses are part of a “robust billion-dollar U.S. trade in exotic animals.”

You can take action for the animals at Shelby Alternative Livestock Auction by urging the operators of the Cleveland County Agriculture & Livestock Exchange to ban exotic-animal auctions: