It’s a public university that rakes in millions of tax dollars, but federal records show that it can’t even follow simple animal protection laws. PETA has uncovered photos and documents revealing the horrors that U.S. Department of Agriculture (USDA) inspectors found at Colorado State University (CSU): dogs, cats, and horses refused life-saving veterinary care and pain relief and decrepit, unsanitary conditions for the vulnerable animals being used in experiments there.

Here are just a few of the violations documented in the USDA’s inspection reports: 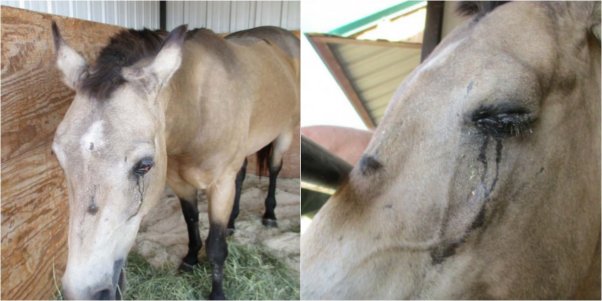 Several of the violations were noted to be a “repeat”—suggesting a culture of contempt for federal animal welfare regulations. Since the standards stipulated by federal animal welfare laws represent the minimum protections for animals in laboratories, failure to meet even this level of care demonstrates an utter lack of respect for the animals held and used at CSU. Animals who are already denied everything that would make their lives worth living on a daily basis are then used in experiments that cause pain and distress and frequently end in death.

But the USDA’s findings appear to be par for the course at CSU, where experimenter Gregory Ebel captures healthy wild crows, robins, and other birds, infects them with West Nile virus, and kills them. As PETA has expressed to CSU on several occasions, Ebel’s experiments inflict pain on animals and cause them extreme distress but don’t provide any data that are relevant to the health of birds or humans. Moreover, several research groups are successfully investigating West Nile virus using data from human volunteers as well as modern in silico and in vitro methods.

PETA is demanding action from CSU, telling President Joyce McConnell that she must carefully examine the school’s animal experimentation program and take personal responsibility for the pervasive disregard and suffering.

You can help by calling on CSU to pull the plug on Ebel’s worthless and deadly experiments on wild birds right now: