Children have a natural empathy for animals. And when they learn about animal suffering, many kids want to do their part to help stop it. So schoolchildren across the country are getting the opportunity to interact with a recently freed “elephant,” thanks to PETA’s new walking, talking 6.5-foot-tall robot named Ellie, which is voiced by actor Priyanka Chopra, star of ABC’s new hit show Quantico. 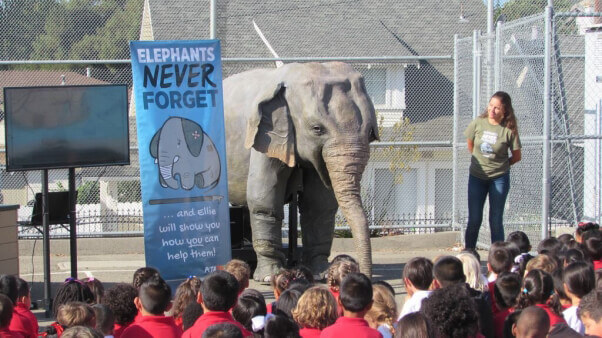 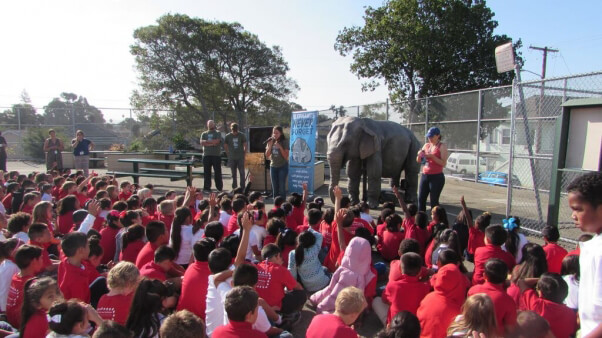 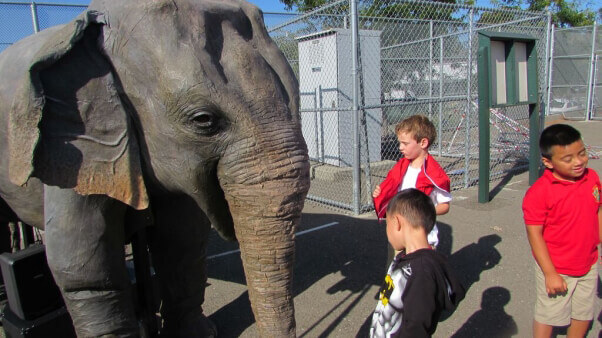 As Ellie moves, Chopra tells the kids her story, taking them through her painful separation from her mother as an infant, discussing the intimidation and physical punishment that she endured at the hands of her circus handlers, and finally detailing her happy life at a sanctuary after her rescue.

Ellie has already visited 3,000 elementary school students, who were captivated by the gentle giant. One student at Horace Mann Elementary in Oakland, California, asked, “Why don’t circuses just use robots instead?”

“Ellie is teaching kids that elephants belong in the wild, with their families, and that they suffer in captivity, where they’re subjected to abuse and unable to engage in natural behavior,” says Chopra. “I’m pleased to join with PETA in bringing Ellie to life for children everywhere.”