PETA made history when the first two “ag-gag” laws that we challenged—Idaho’s and Utah’s—were declared unconstitutional. And our next lawsuit, against Iowa’s law, is moving forward after a court denied the state’s request to dismiss it. Throughout these intense and hard-fought legal battles, animals have had two of the country’s foremost constitutional-law scholars in their corner. 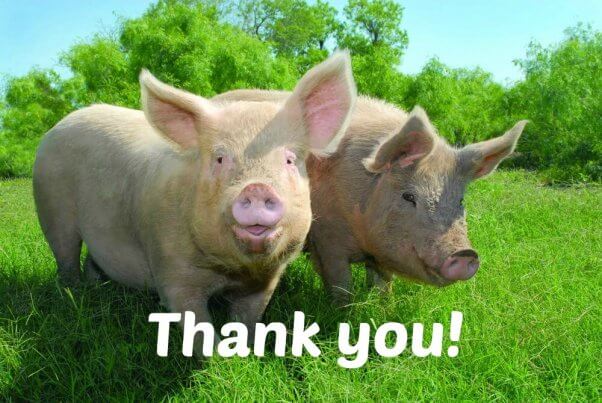 As animal-advocacy organizations work to expose the rampant cruelty on factory farms, the meat, egg, and dairy industries devised a sordid (and unconstitutional) plan: Try to get states to pass laws that would make eyewitness investigations illegal and punishable with prison time and extreme fines. PETA joined with other groups working to defend animals and the Constitution in order to fight these “ag-gag” laws across the country. We defeated the bills in 19 states, but a handful did pass them. So PETA sued those states.

Throughout these cases, PETA’s in-house lawyers and those from the other nonprofit organizations, including Animal Legal Defense Fund, that we’re working with have spent countless late nights pushing the animals’ case ahead. And they’ve had two big allies in their corner helping every step of the way—and doing it all for free. For being the driving and guiding forces in the cases that have defeated “ag-gag” laws, PETA is honoring University of Denver Sturm College of Law professors Justin Marceau and Alan Chen each with a Justice for Animals Award. 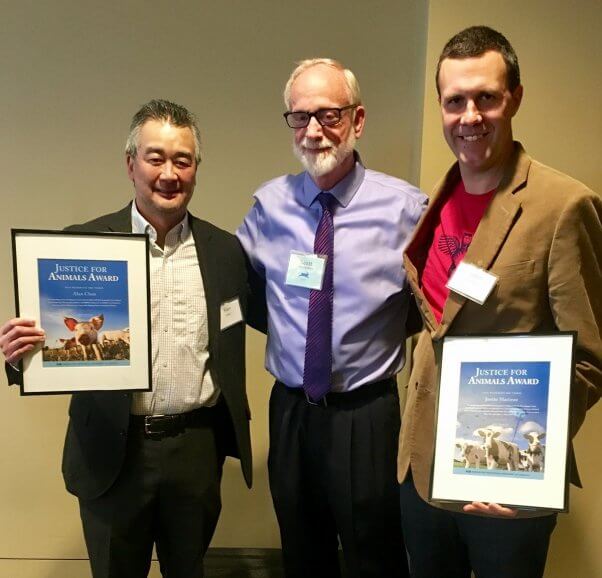 Marceau and Chen—who are two of the country’s most eminent scholars in their field—received the awards in a special ceremony at Denver’s History Colorado Center on Sunday, April 8. All of us working in behalf of animals can thank the pair’s strategic vision, powerful legal briefs, and indisputably solid arguments for stymying the corporate interests that seek to profit from cruelty to animals on factory farms. 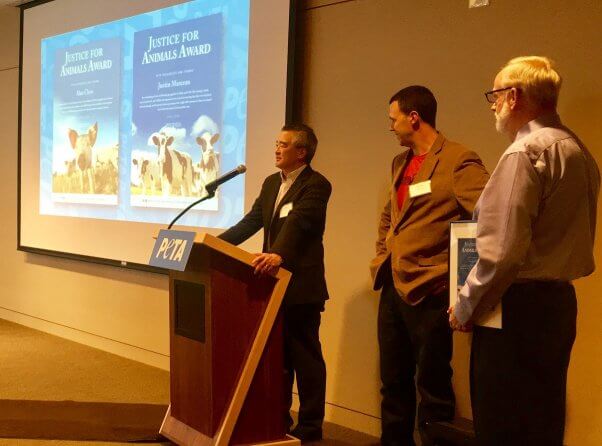 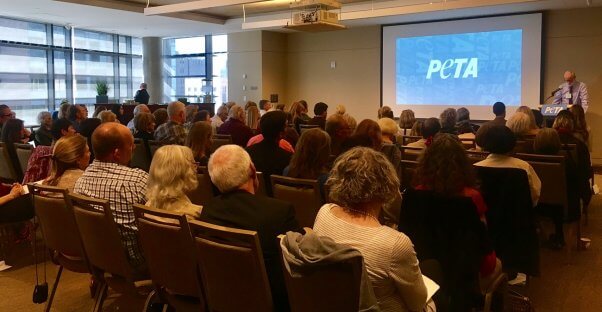 If they’ve inspired you to get active to help PETA stop animal abuse, join our Action Team today. We’ll send you action alerts, notice of demonstrations in your area, and other ways to help you shine a light for animals wherever you are.

I Want to Stand With Animals