Fitting his 6-foot-7-inch frame into a shipping crate, American Horror Story star James Cromwell led a spirited PETA protest at the Air France international terminal at Los Angeles International Airport. The protesters were demanding that Air France join every other major airline in the world and stop transporting intelligent, social primates to laboratories, where they are tortured—sometimes for decades—before being killed. 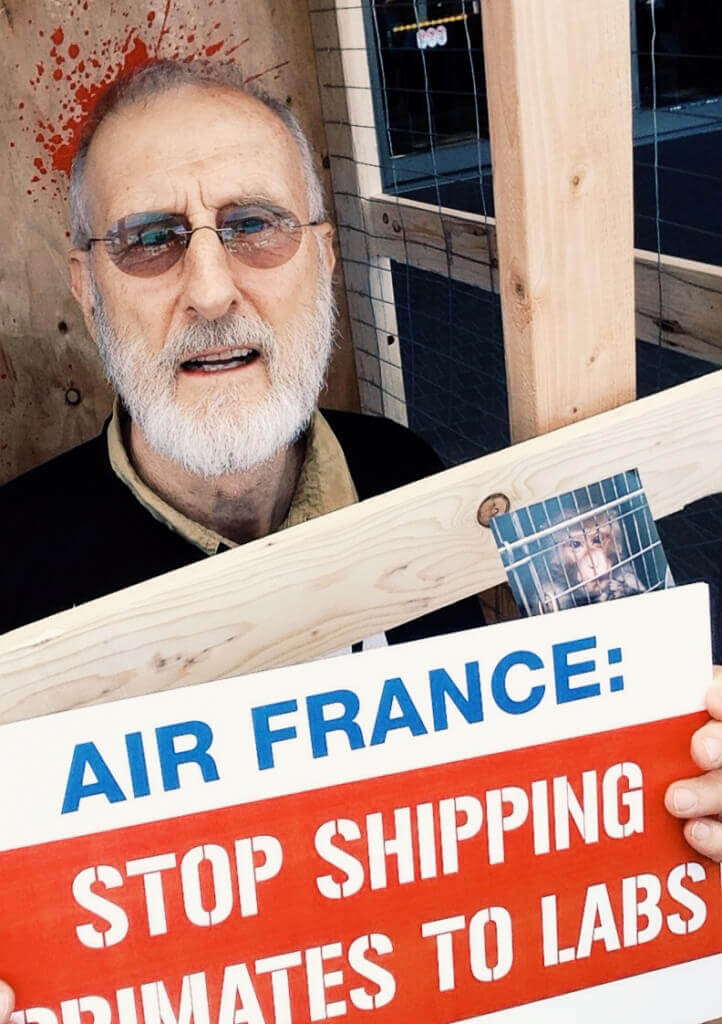 “The real horror story is the pain and terror of the monkeys in Air France’s cargo holds beneath the feet of unsuspecting passengers,” said Cromwell, who also recently protested cruel experiments on cats at the University of Wisconsin–Madison. “My friends at PETA and I are telling Air France that cruelty shouldn’t fly and that the airline needs to join the rest of the industry in refusing to deliver primates to their deaths in laboratories.”

After China Southern Airlines agreed to stop shipping primates for use in experiments last month, Air France became the only major airline in the world that still ships terrified monkeys to laboratories, where they’re confined to cramped cages, poisoned with drugs and chemicals, infected with diseases, intentionally injured, deprived of food and water, and ultimately killed. 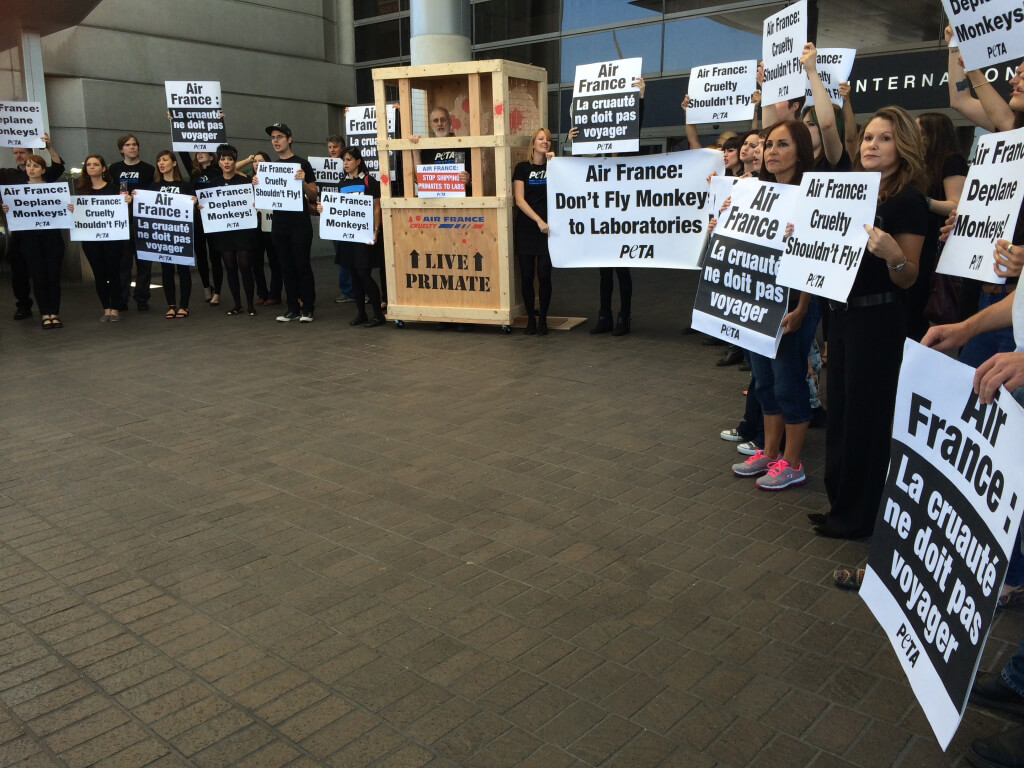 Some of these animals come from squalid monkey farms, while others are torn away from their homes and families in the wild. The primates are crammed into small wooden crates and transported inside dark cargo holds for nearly 30 hours before they reach their final—and deadly—destination. Air France shipped at least 5,500 monkeys to U.S. laboratories in 2013.

Please tell Air France that you won’t set foot on one of its flights as long as it makes primates’ lives misérable.